A Selection of Works From

The Collection of Eric Carlson 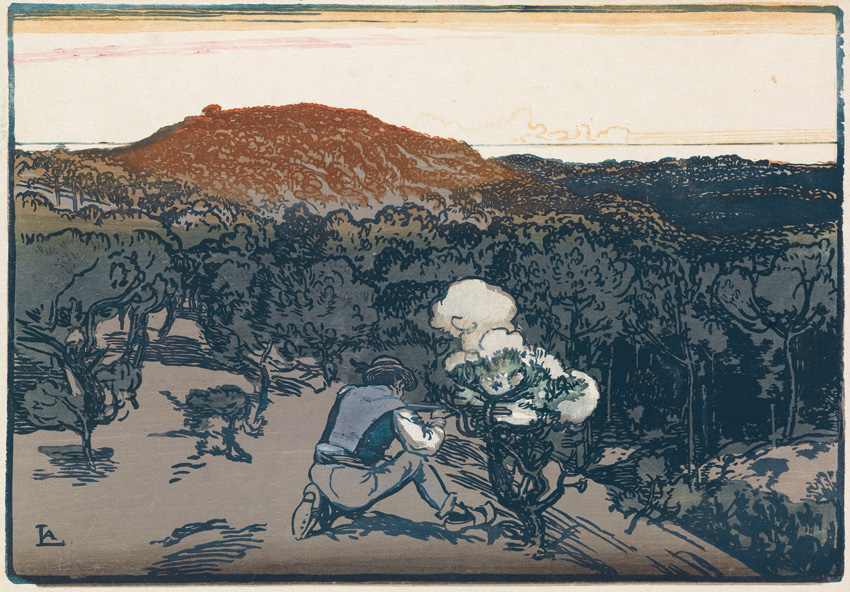 While still in high school, Carlson developed an abiding interest in archaeology and participated in excavations for the Cincinnati Museum of Natural History. This fascination continued during his years at Yale, when he was active in underwater excavations off the coast of Bodrum, Turkey, and on the island of Kea in Greece. His excavations in France—at Saint Étienne, Psalmodi and Forcalqueiret—resulted in a number of highly regarded scholarly publications.

In the 1970s Carlson started a second career as an art dealer, specializing in French and American prints and drawings of the nineteenth century. He was particularly interested in the works of such lesser-known artists as Henry Monnier, Henri Guérard and Jean Veber, and in the art that came out of World War I. Known for his sharp eye and vast knowledge, Carlson was considered an expert in his field. He was a long-standing member of the International Fine Print Dealers Association (IFPDA), serving on its board and in many other capacities for much of the past quarter century.

Carlson was a witty raconteur who delighted in puns. He was generous both to his friends and to a wide range of institutions, donating books and art to Yale, The Metropolitan Museum of Art and The Cloisters, the Art Gallery of Ontario, the Art Institute of Chicago, the Museum of Fine Arts Boston, the Minneapolis Institute of Art and Rutgers University, among others. Of particular significance is his donation of more than 3,000 objects of World War I-era art to the Spencer Museum of Art at the University of Kansas. He loved children, Cincinnati, France, and model trains—a lifelong hobby. He formed deep and enduring friendships and will be greatly missed by family and friends.

Get the Semimonthly Newsletter
To Top of Page