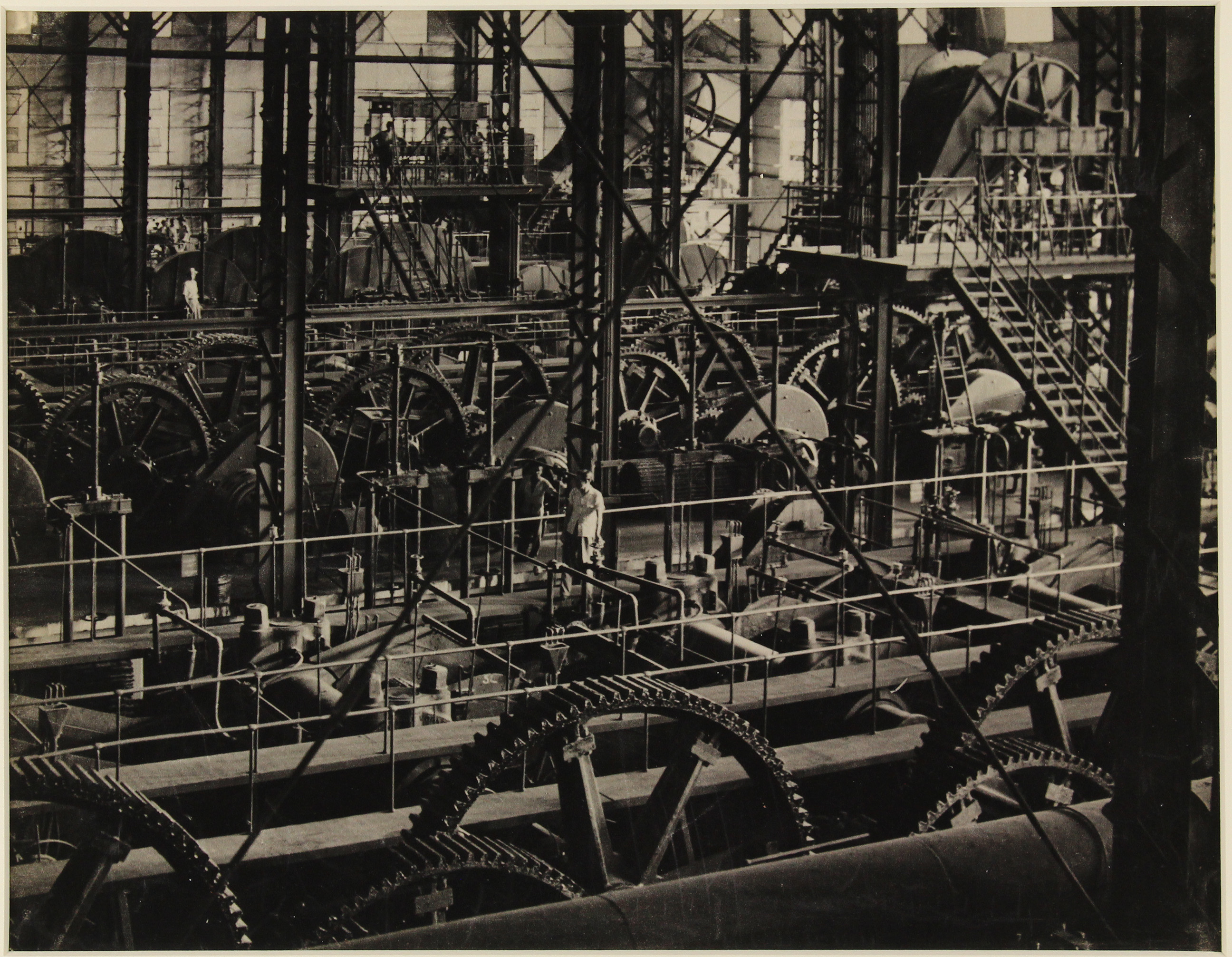 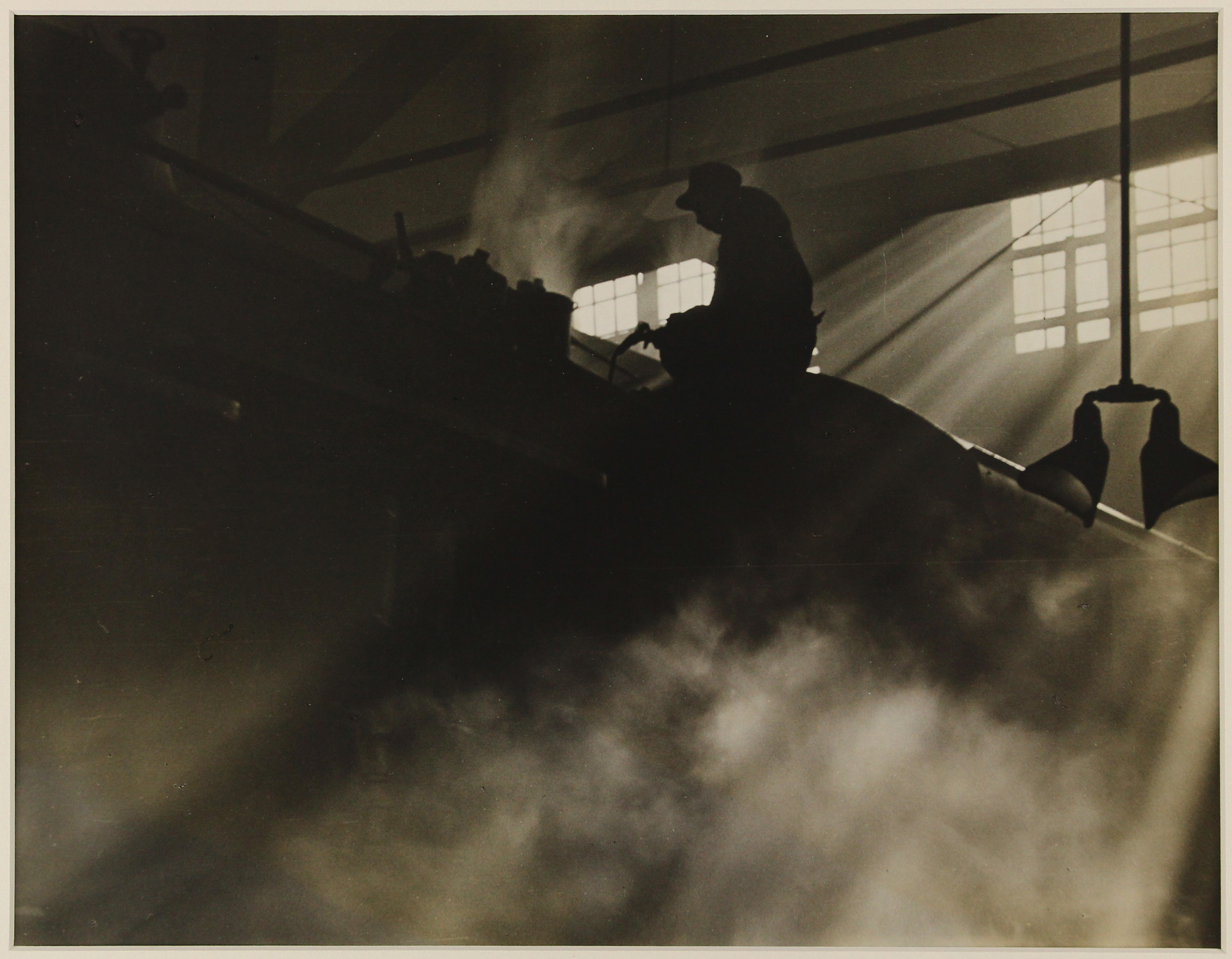 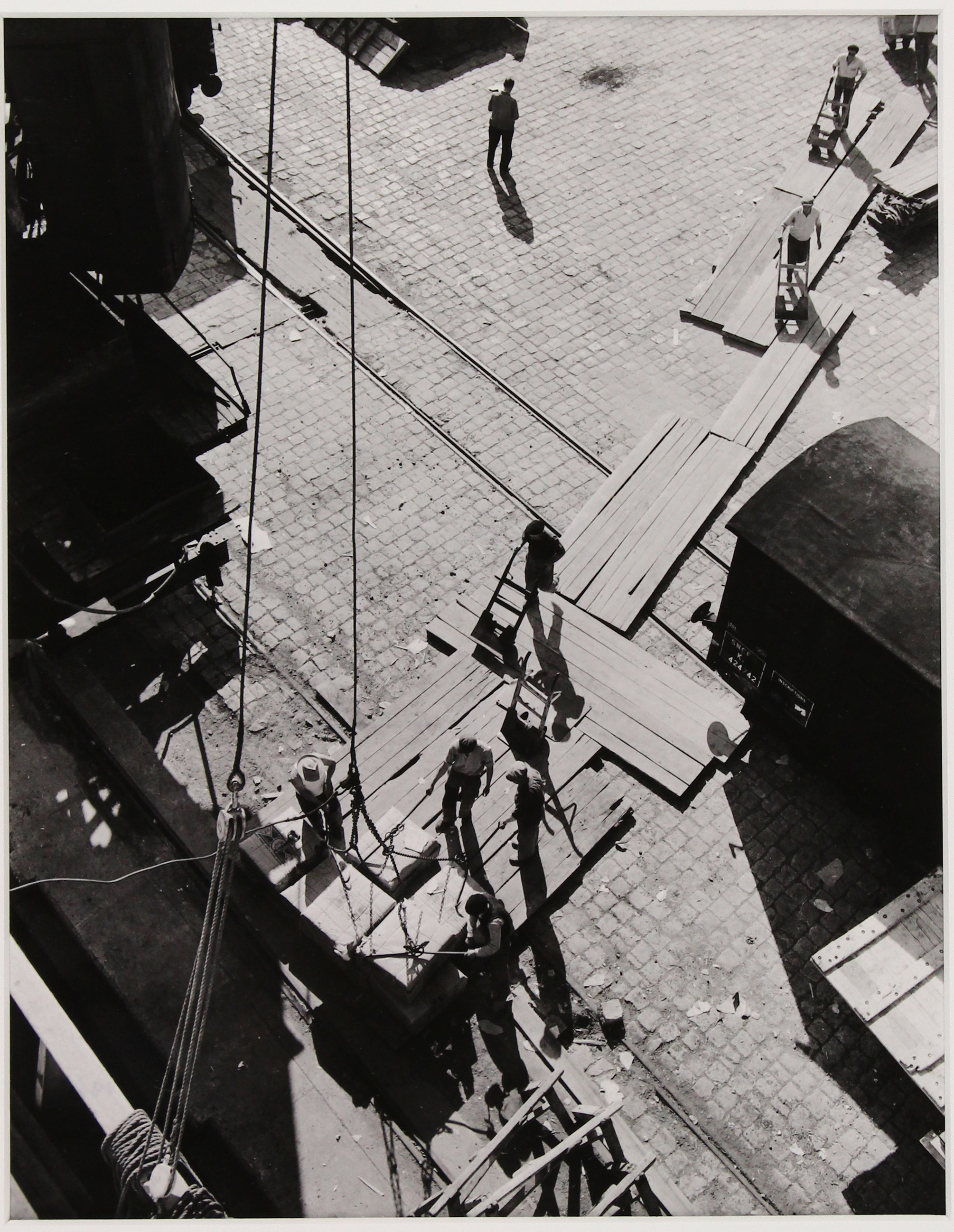 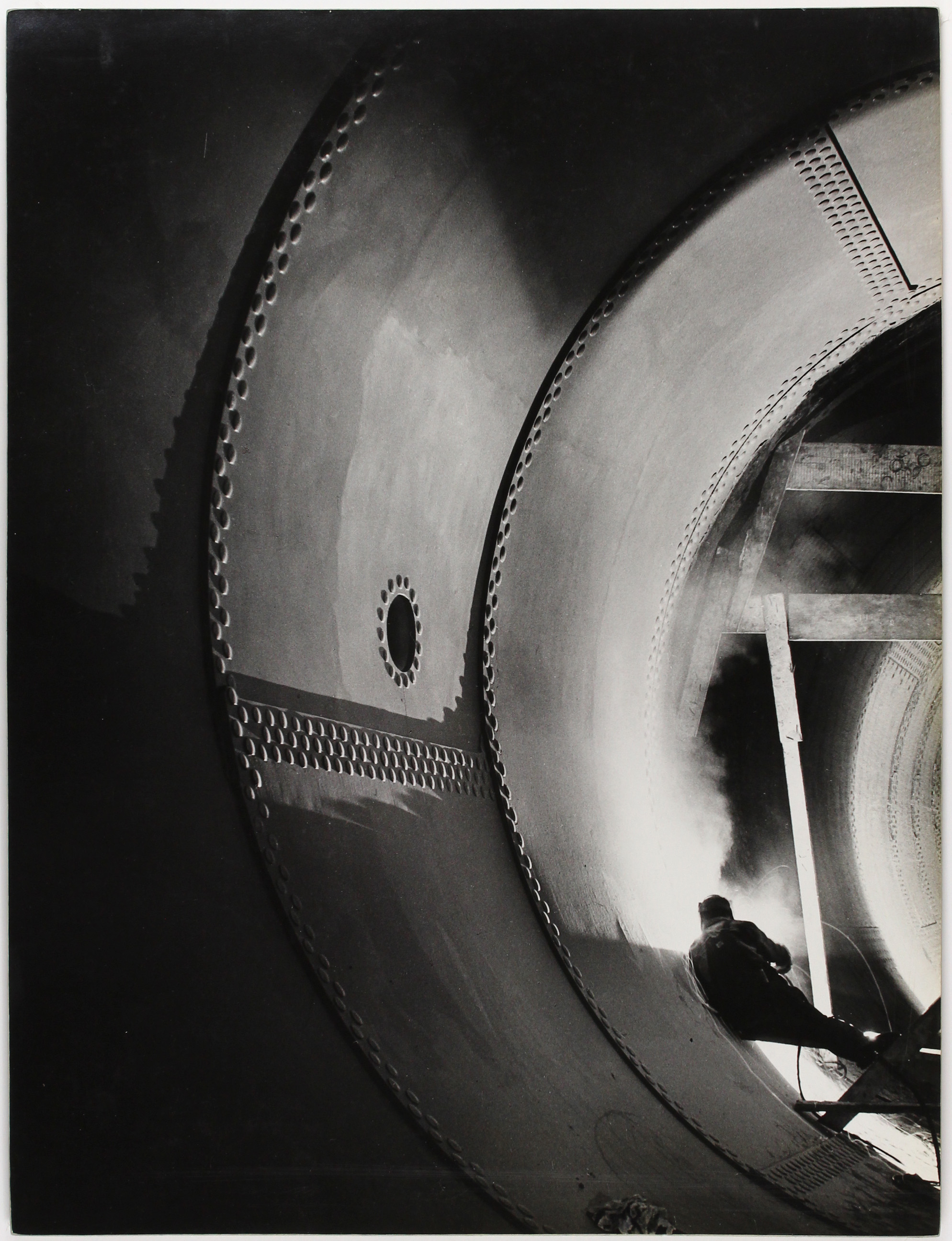 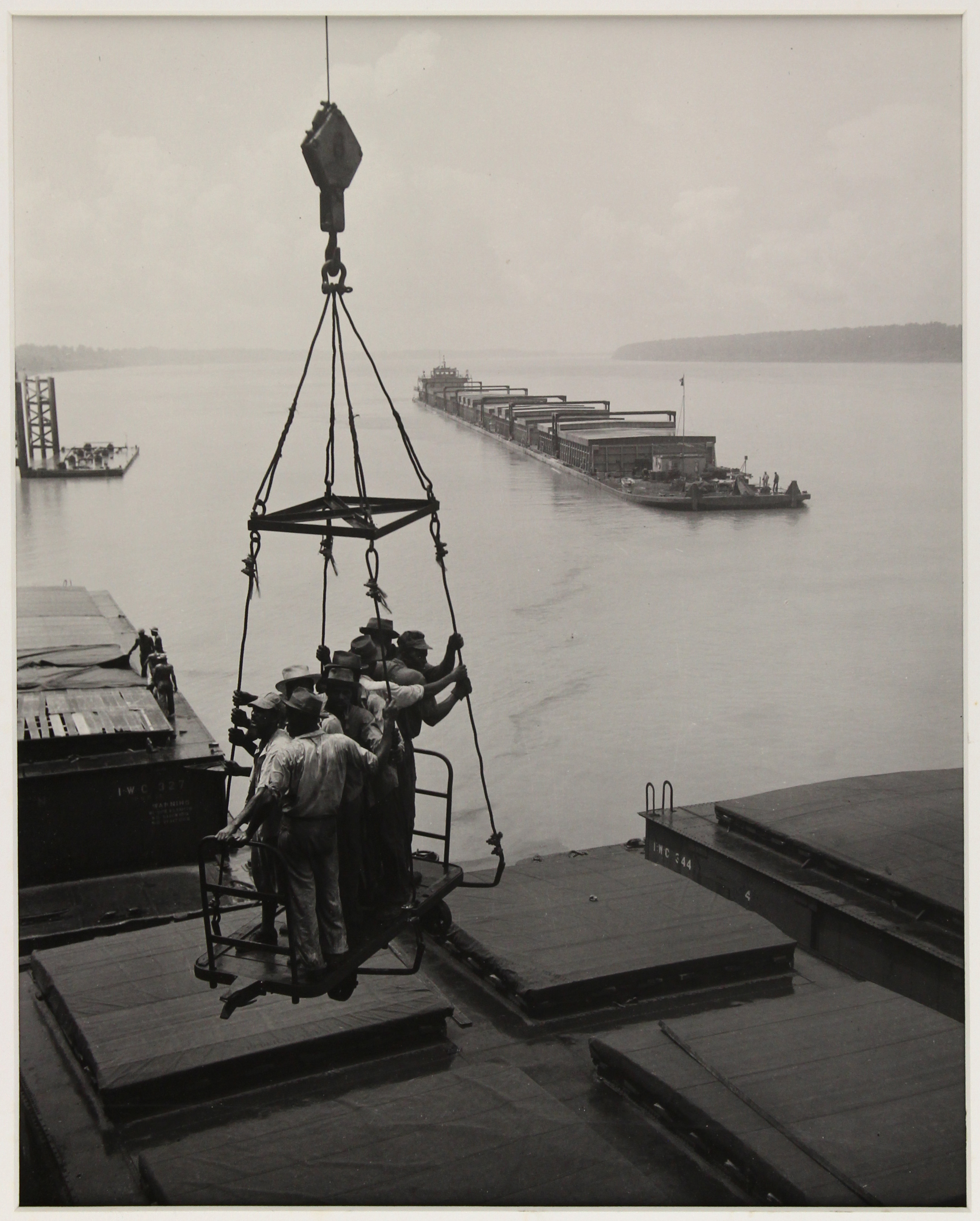 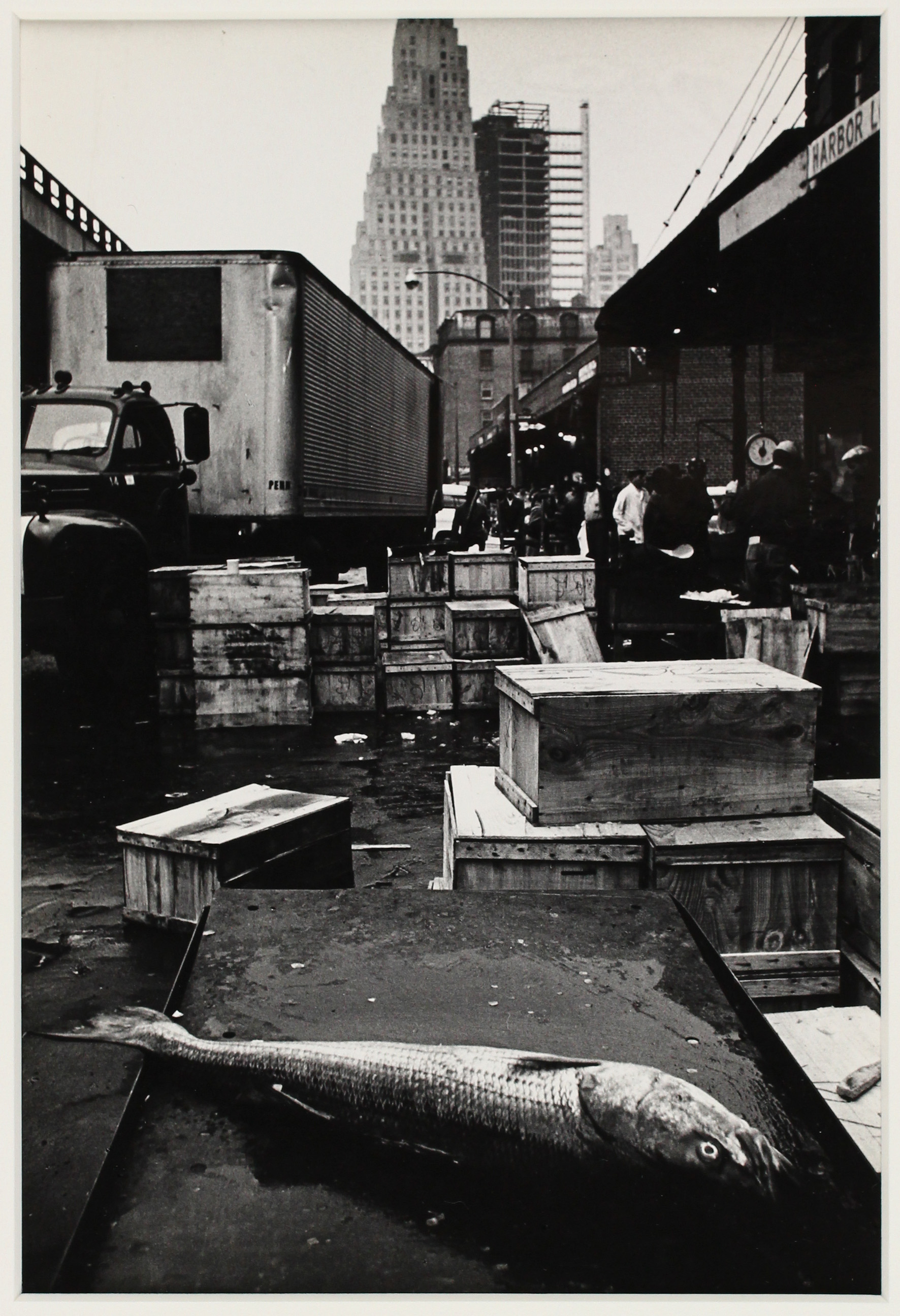 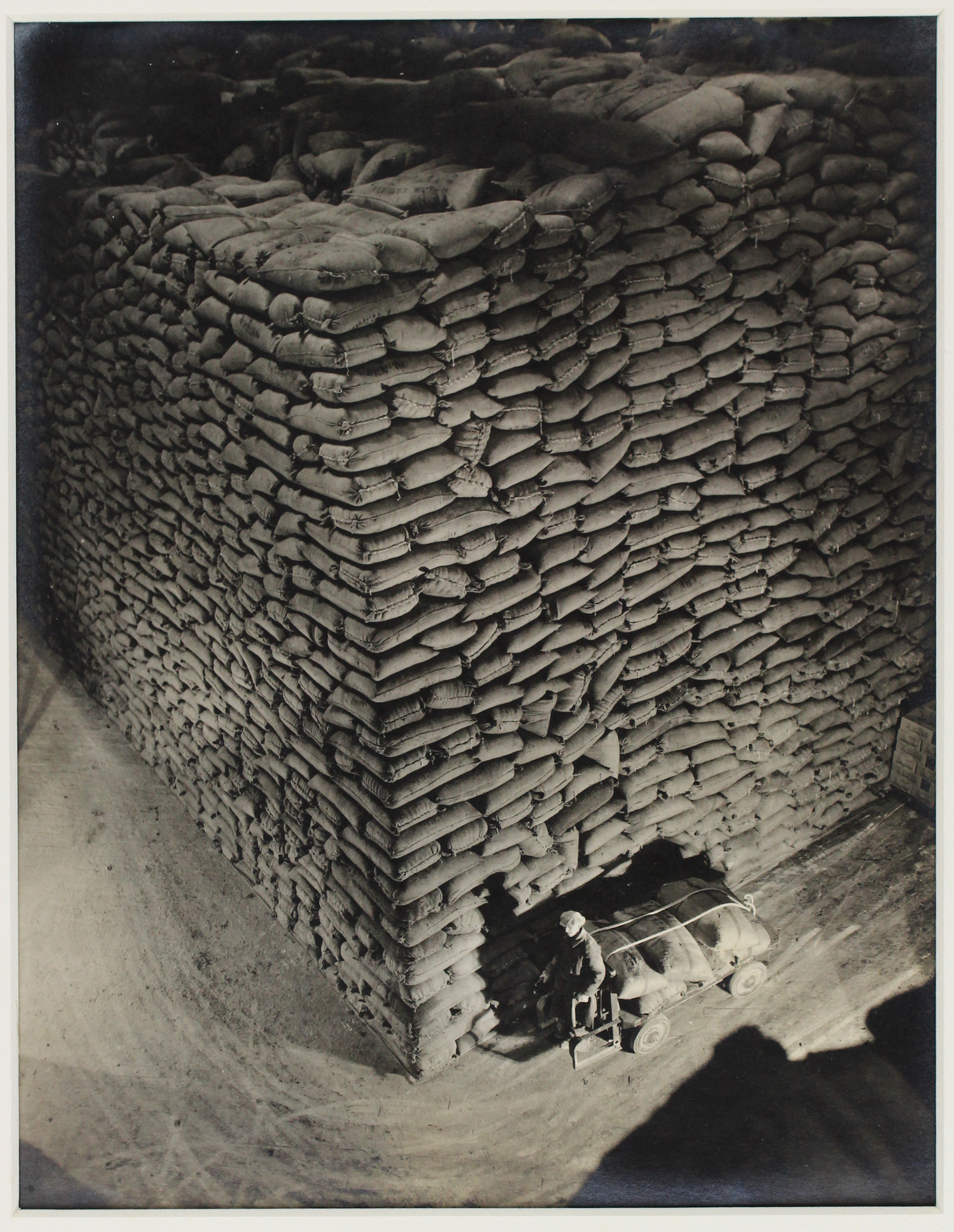 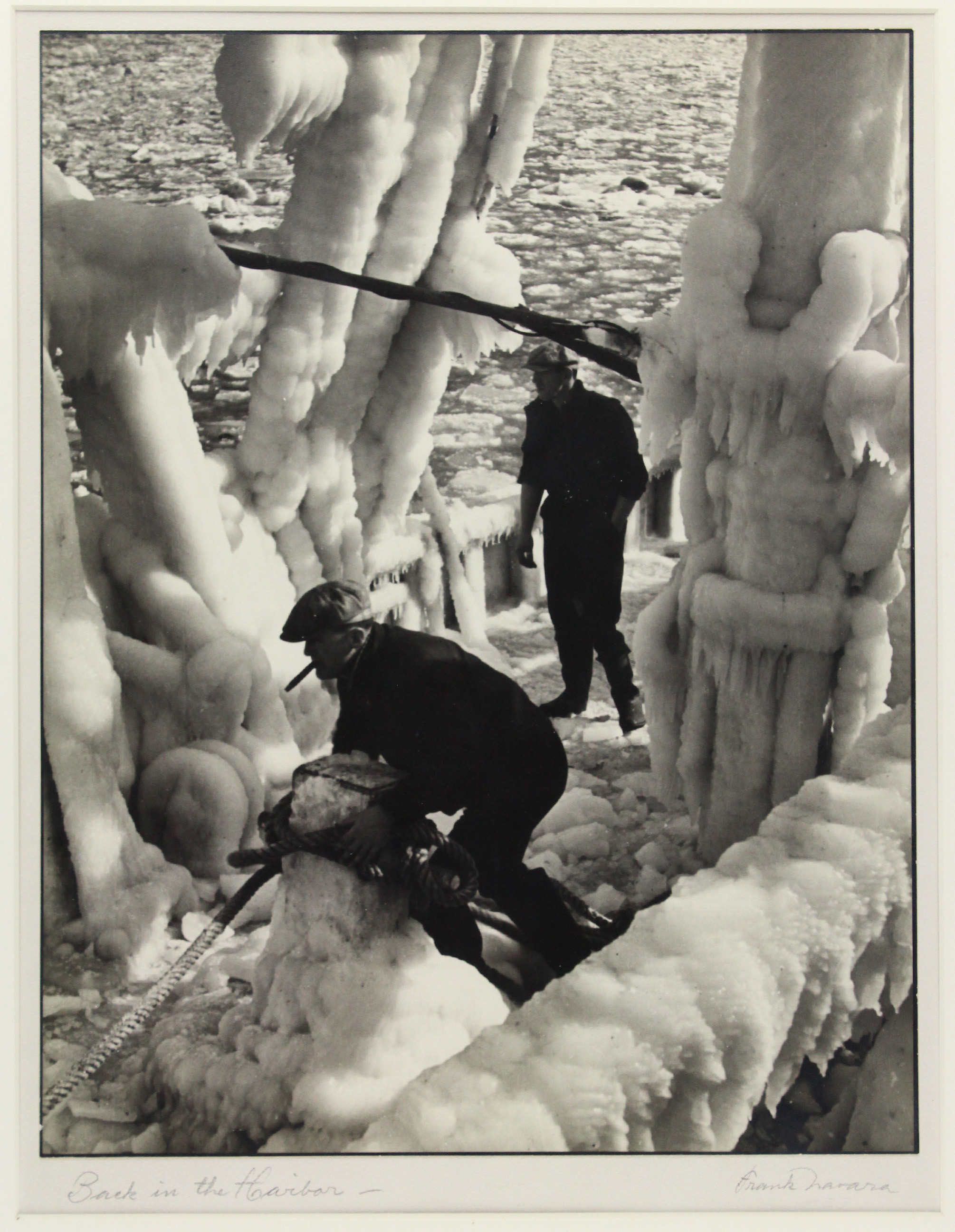 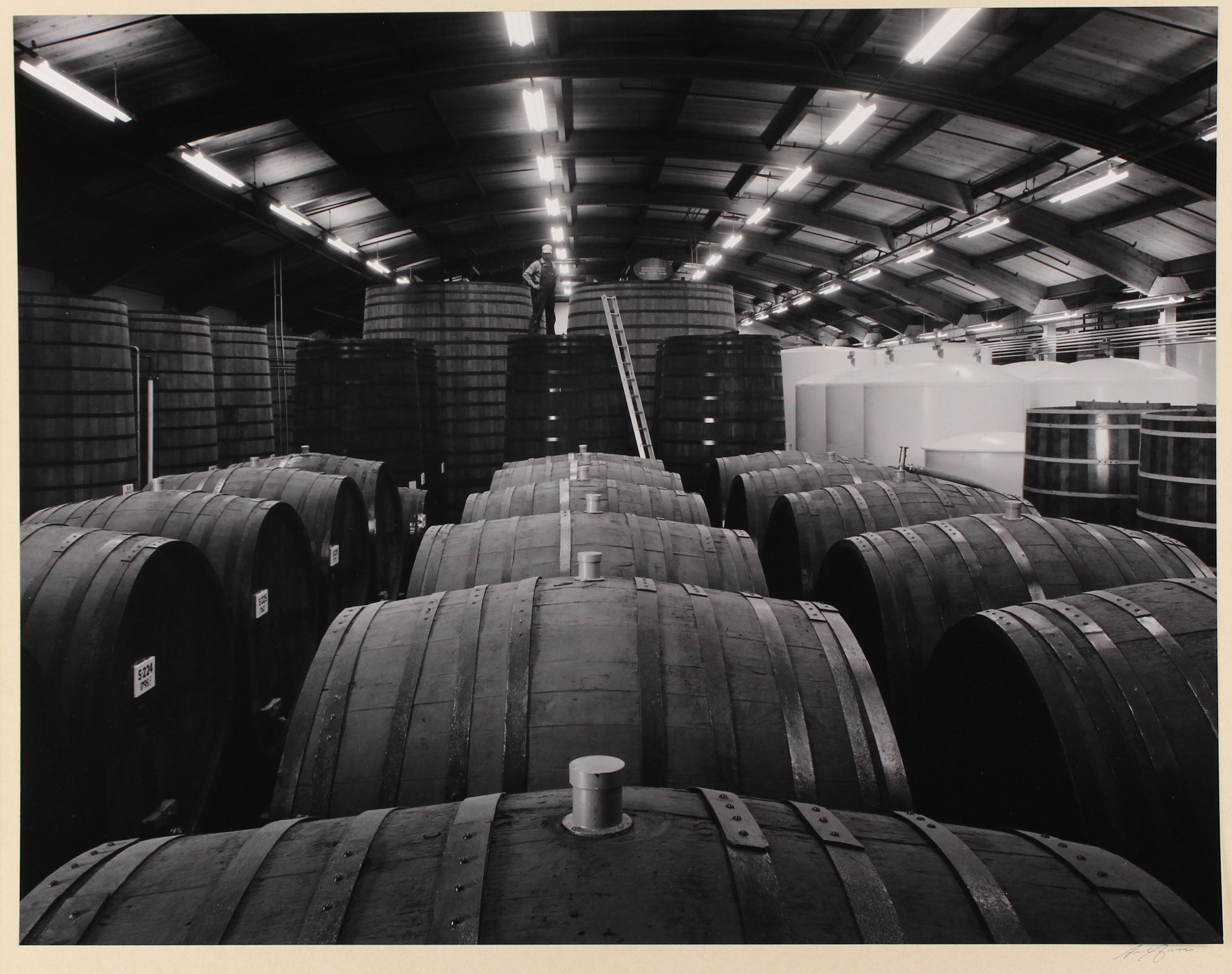 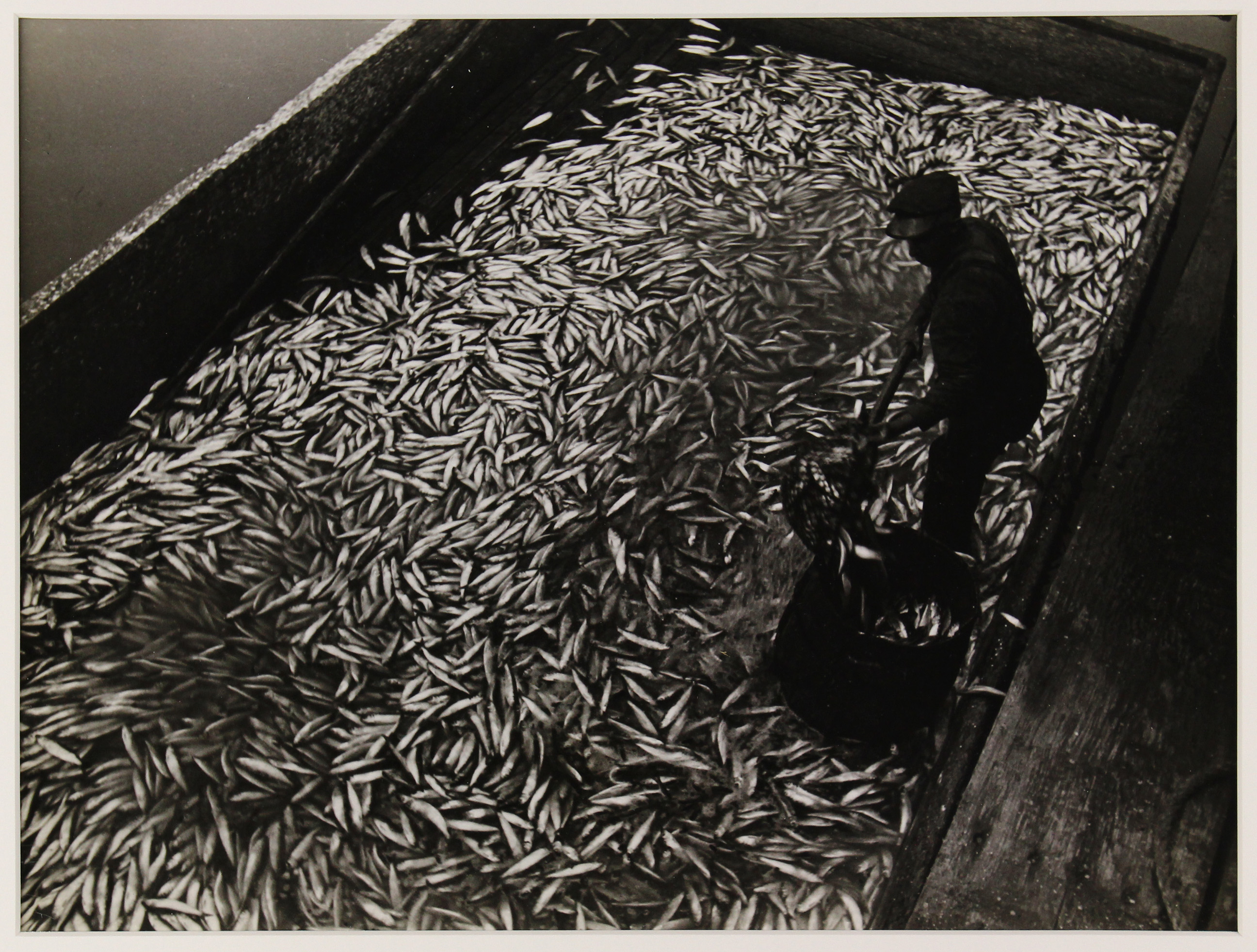 (INDUSTRY)
A striking, arty group of 12 dramatic photographs of industrial scenes by Gordon Coster, Arnold Eagle, Ansel Adams, and others. Comprised of imagery of giant gears and other machinery, workers silhouetted against steam and their workspaces, and bird's-eye views of both interior and exterior industrial environs. Silver prints, the images measuring 9x6 1/8 to 14 1/4x18 1/2 inches (22.9x15.6 to 36.2x47 cm.), some with sheets slightly larger, one mounted, two flush mounted, each with a combination of the photographers' signatures, stamps, notations, and/or dates, in pencil and ink, on verso. 1940s; one printed 1960s