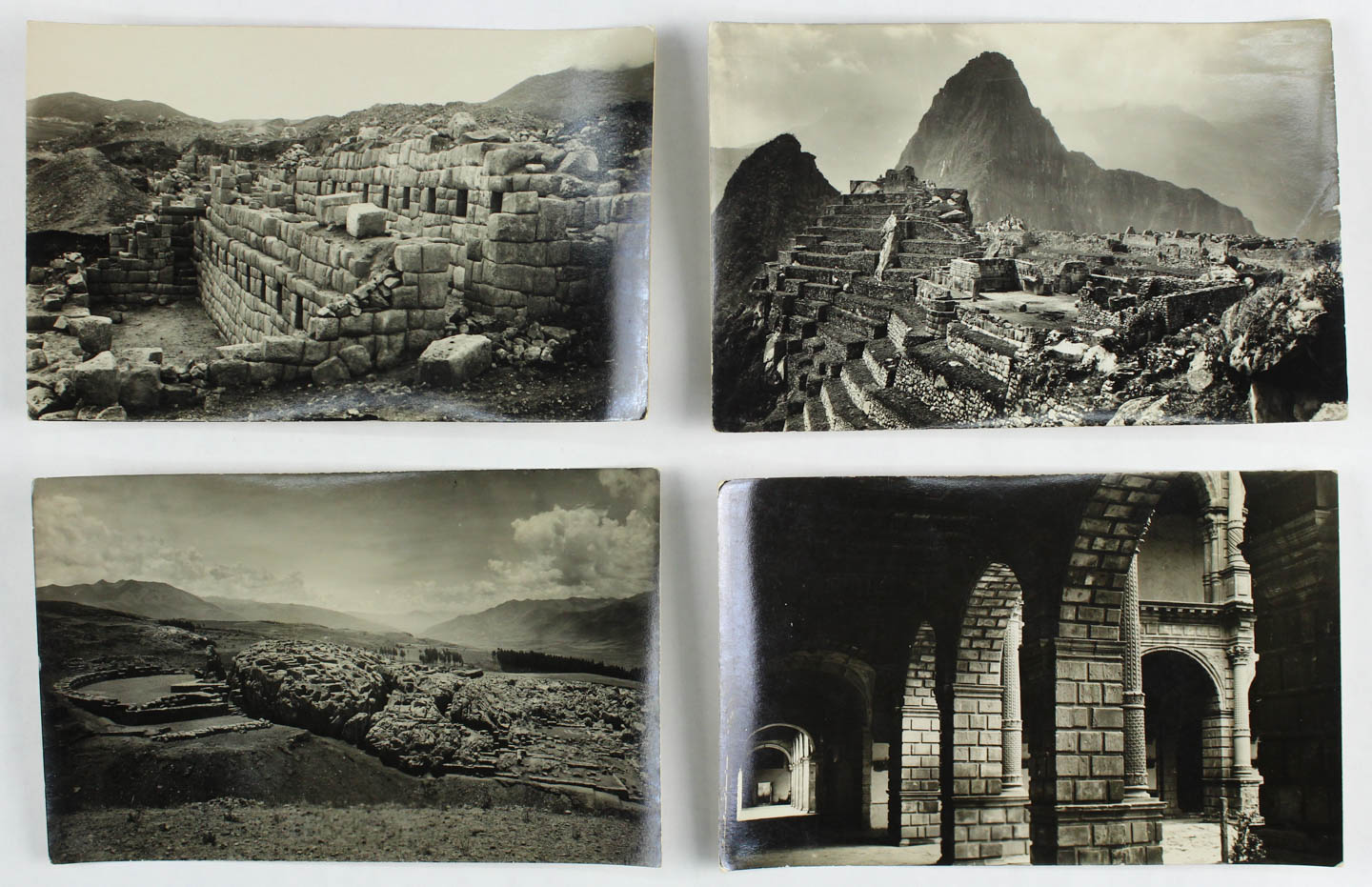 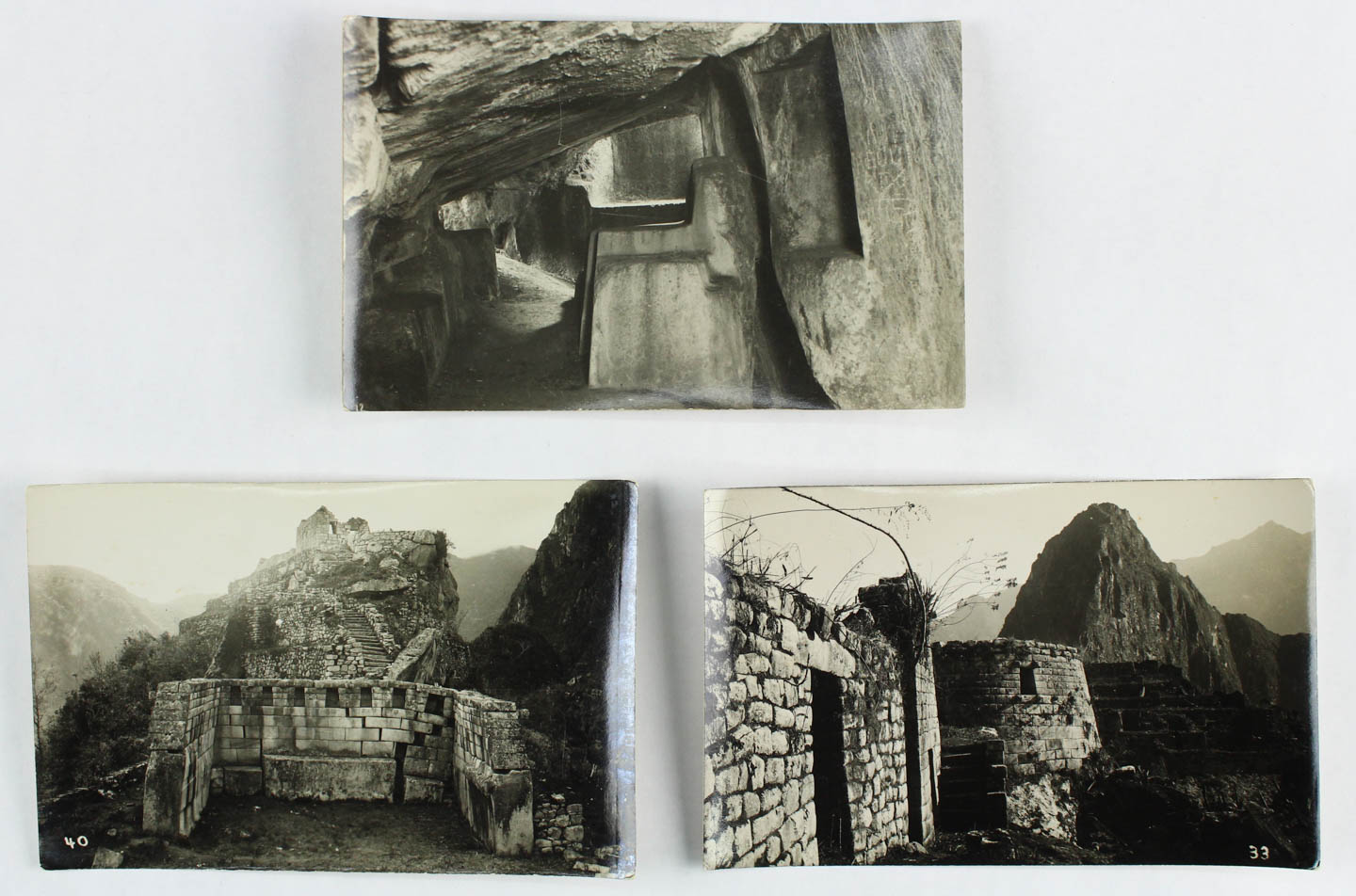 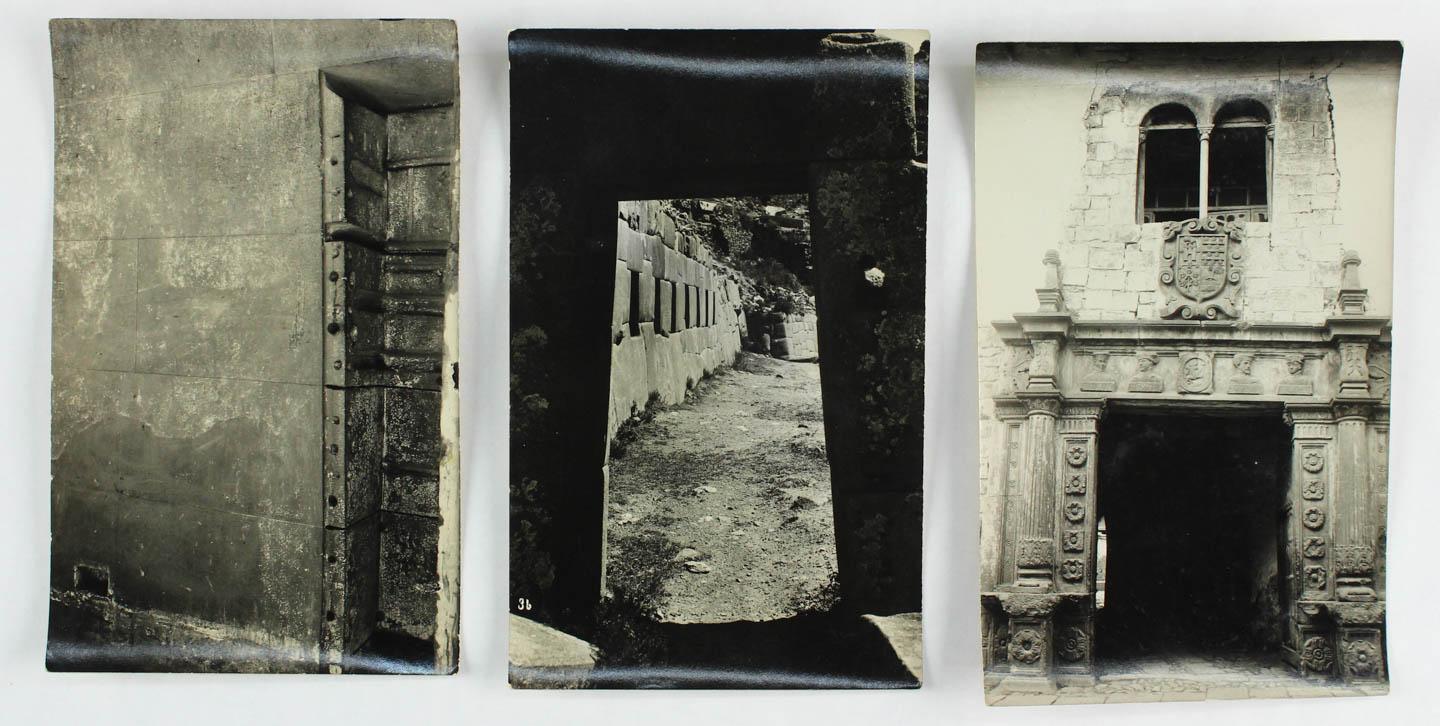 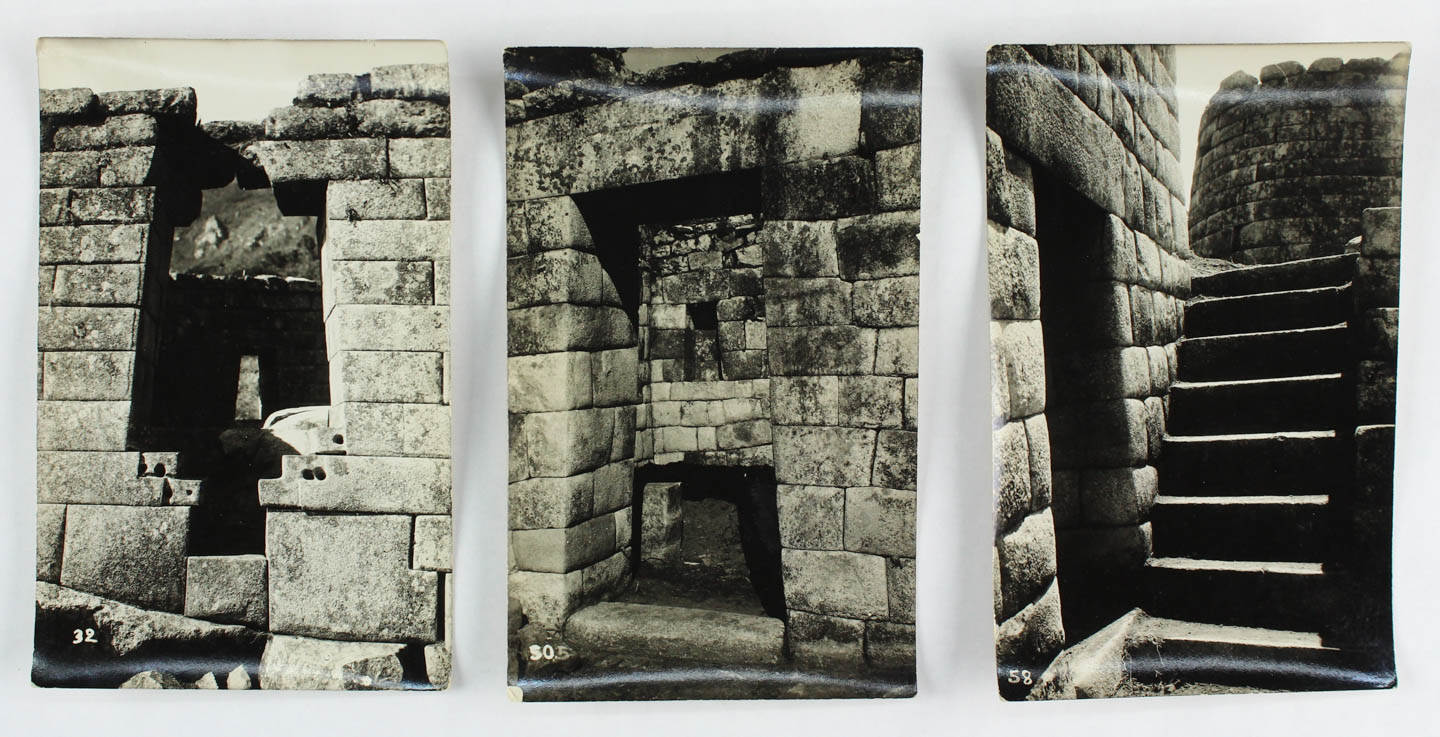 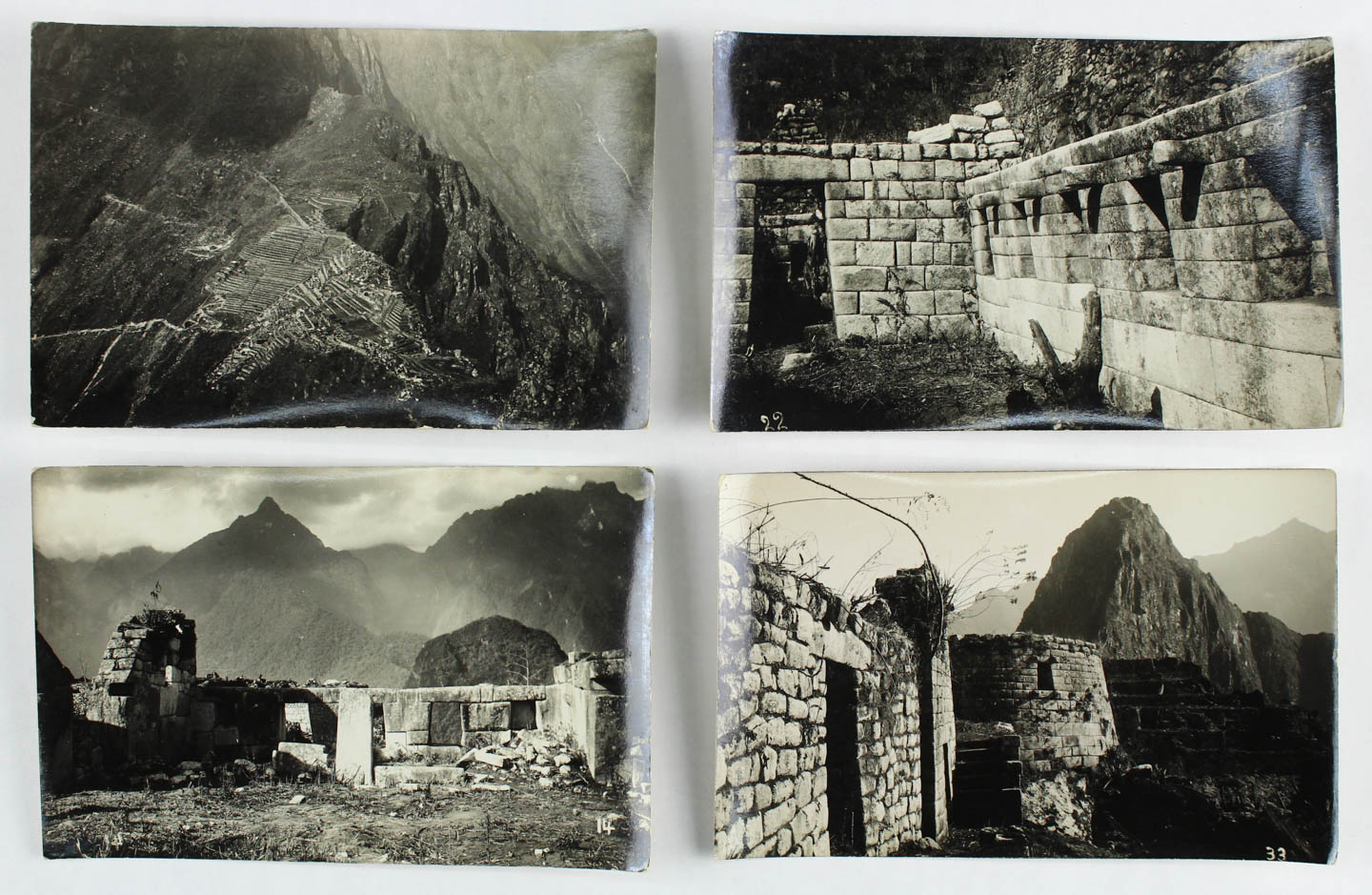 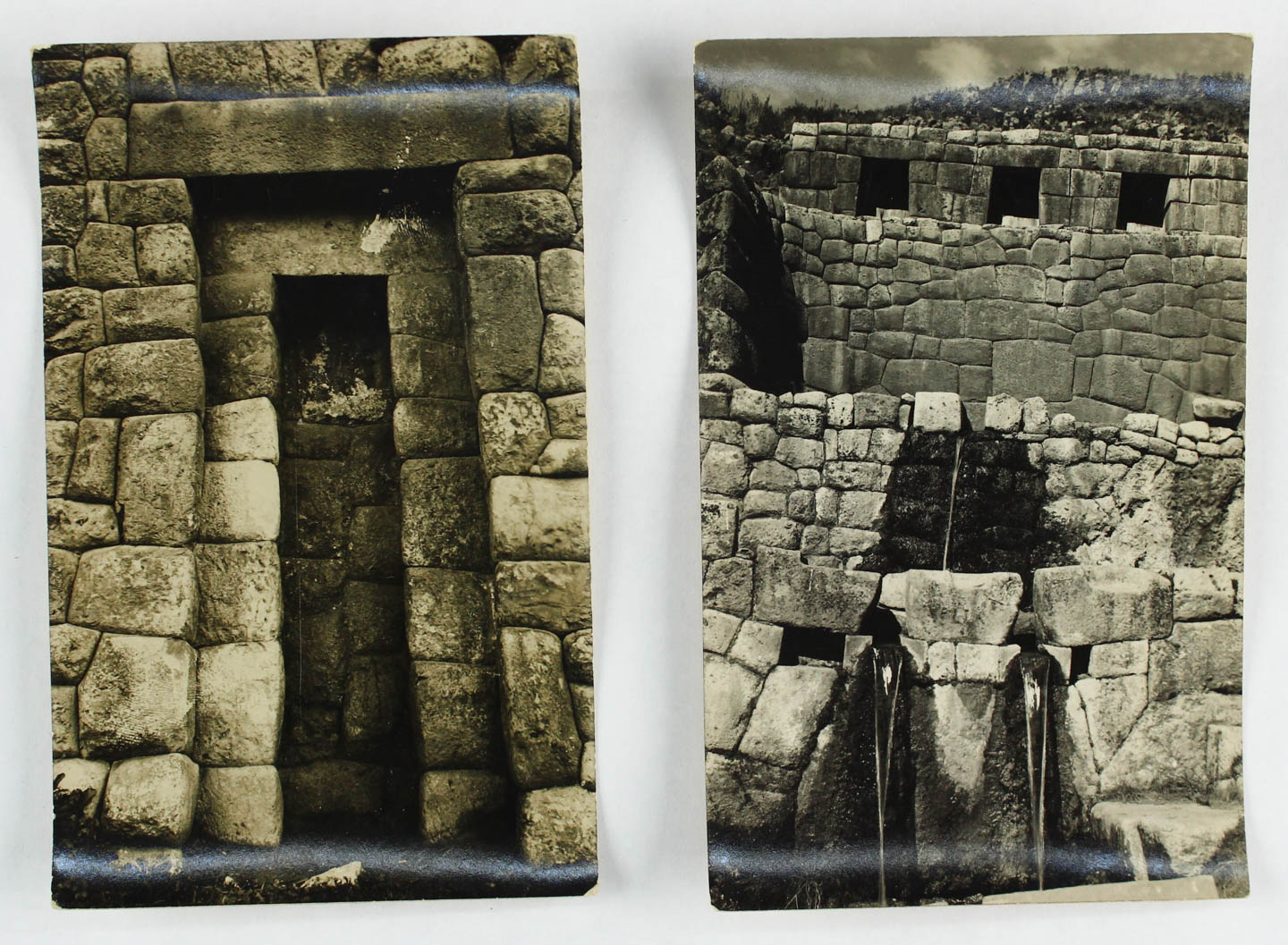 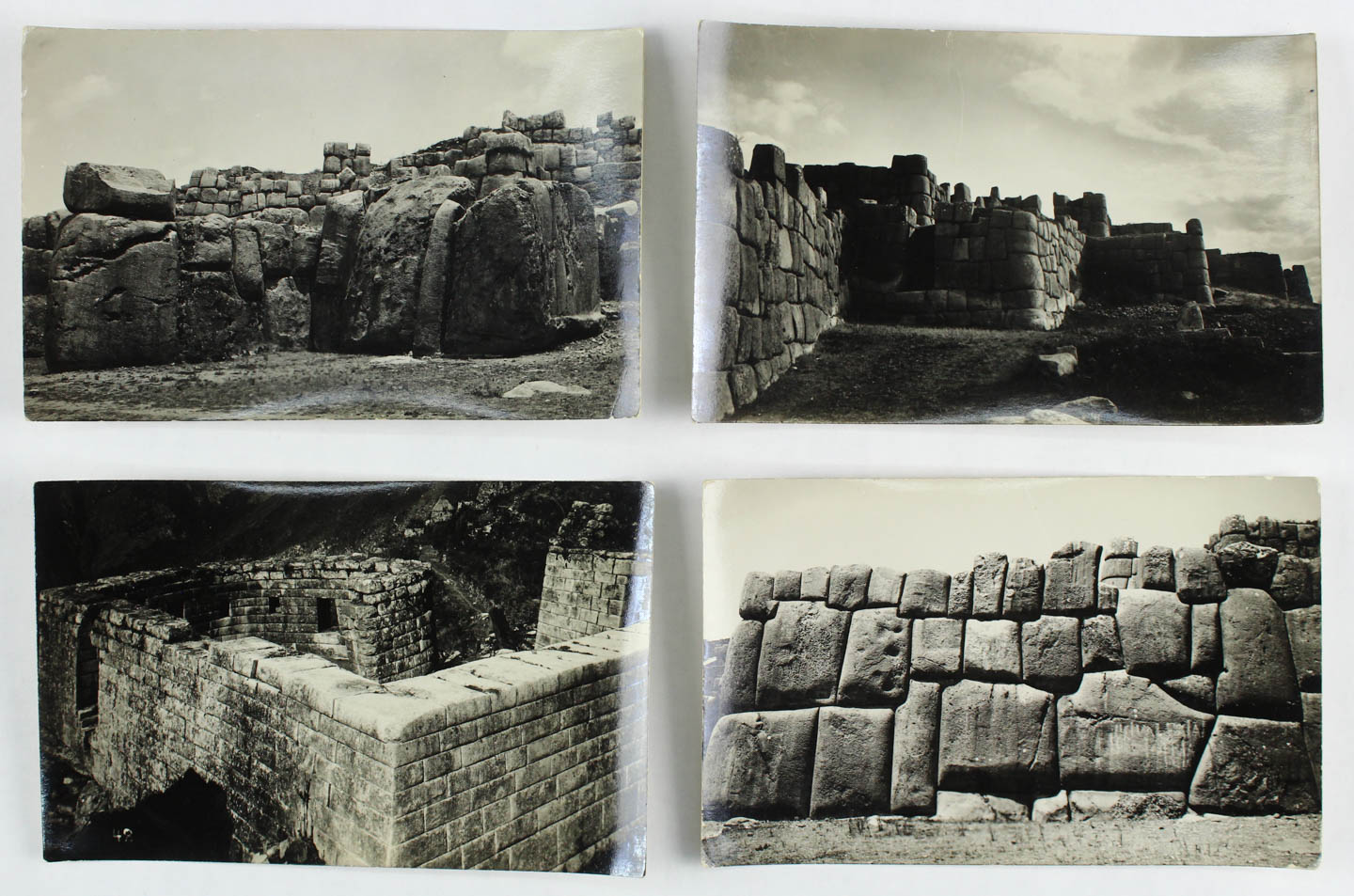 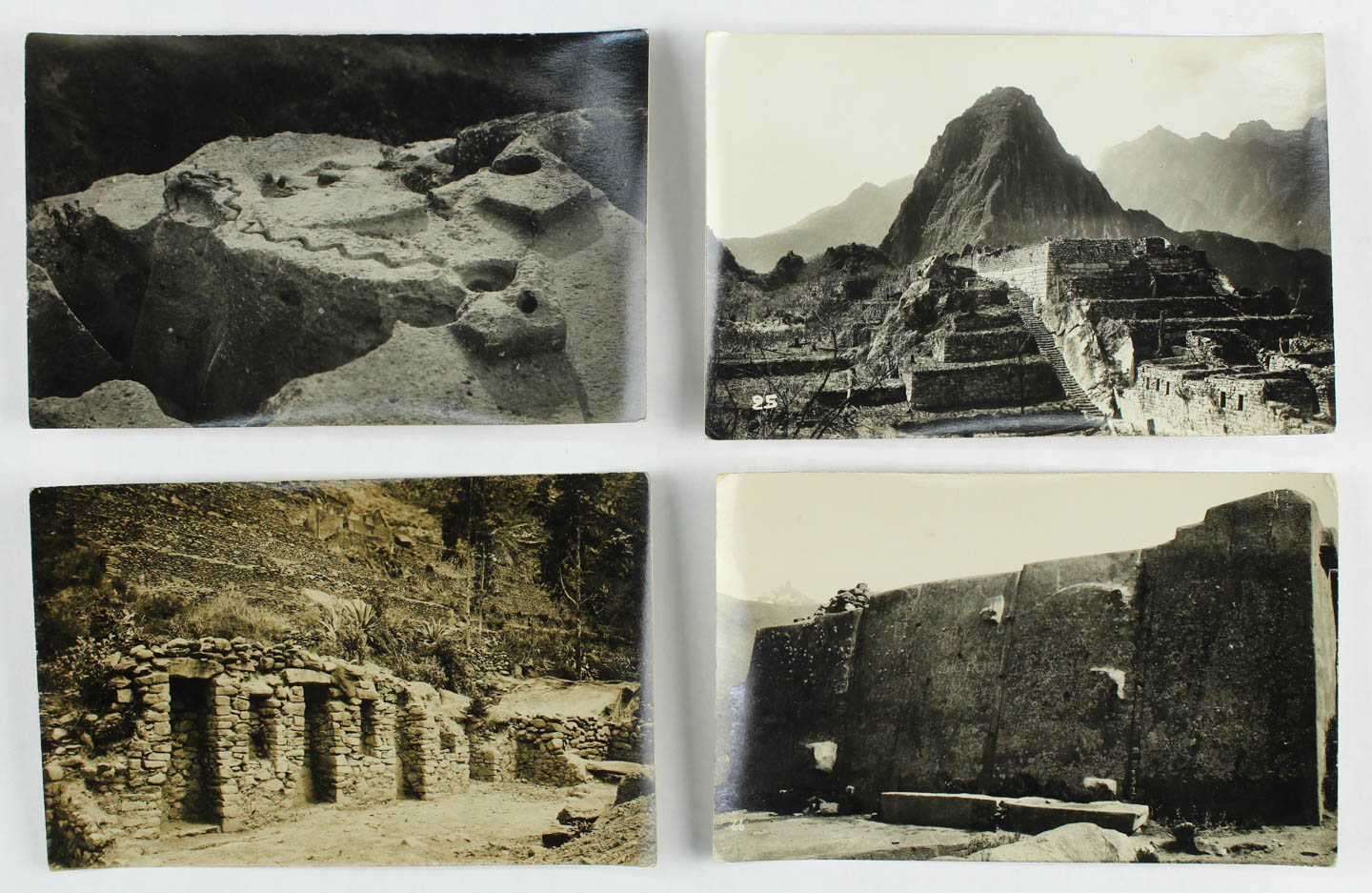 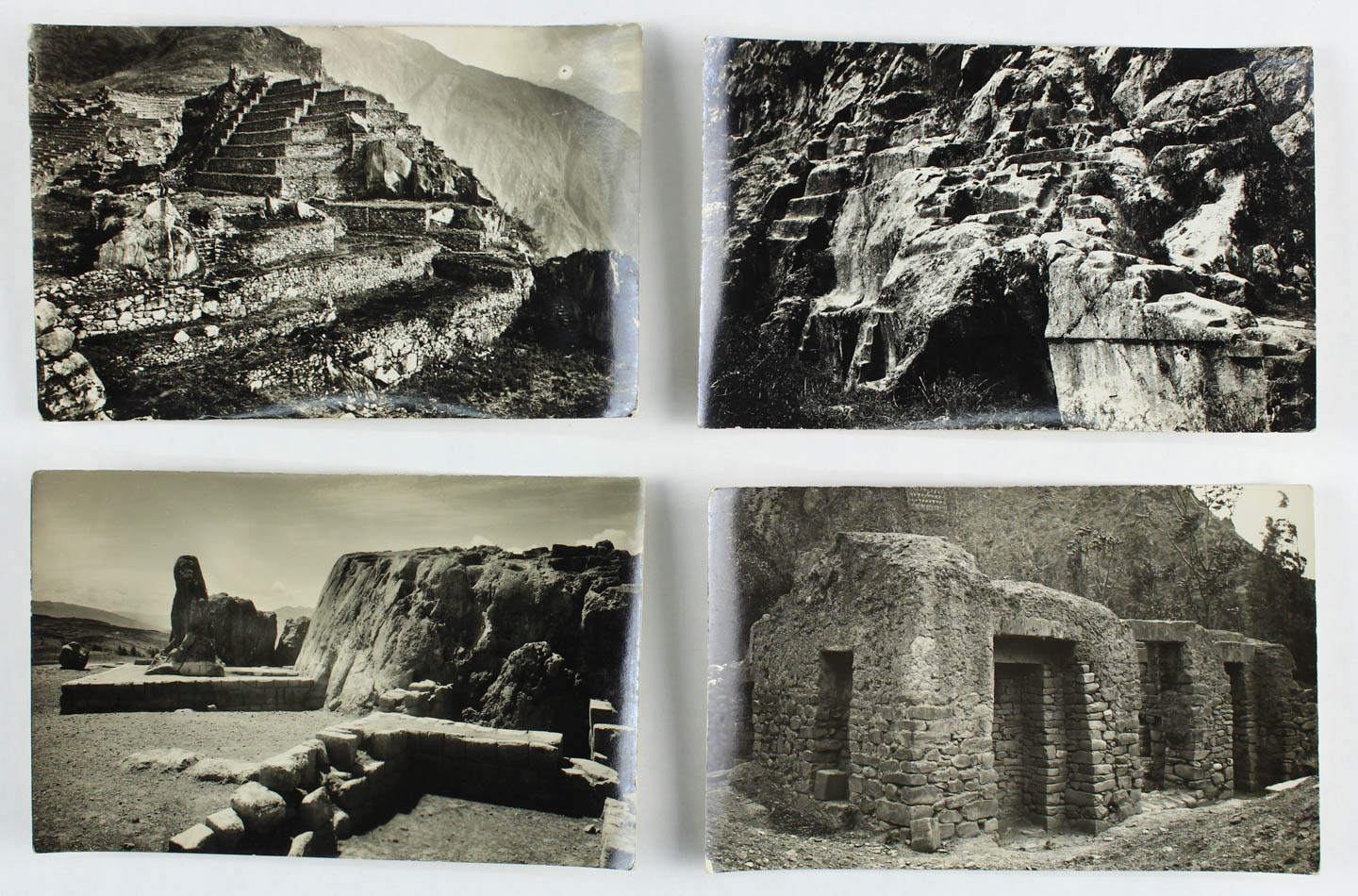 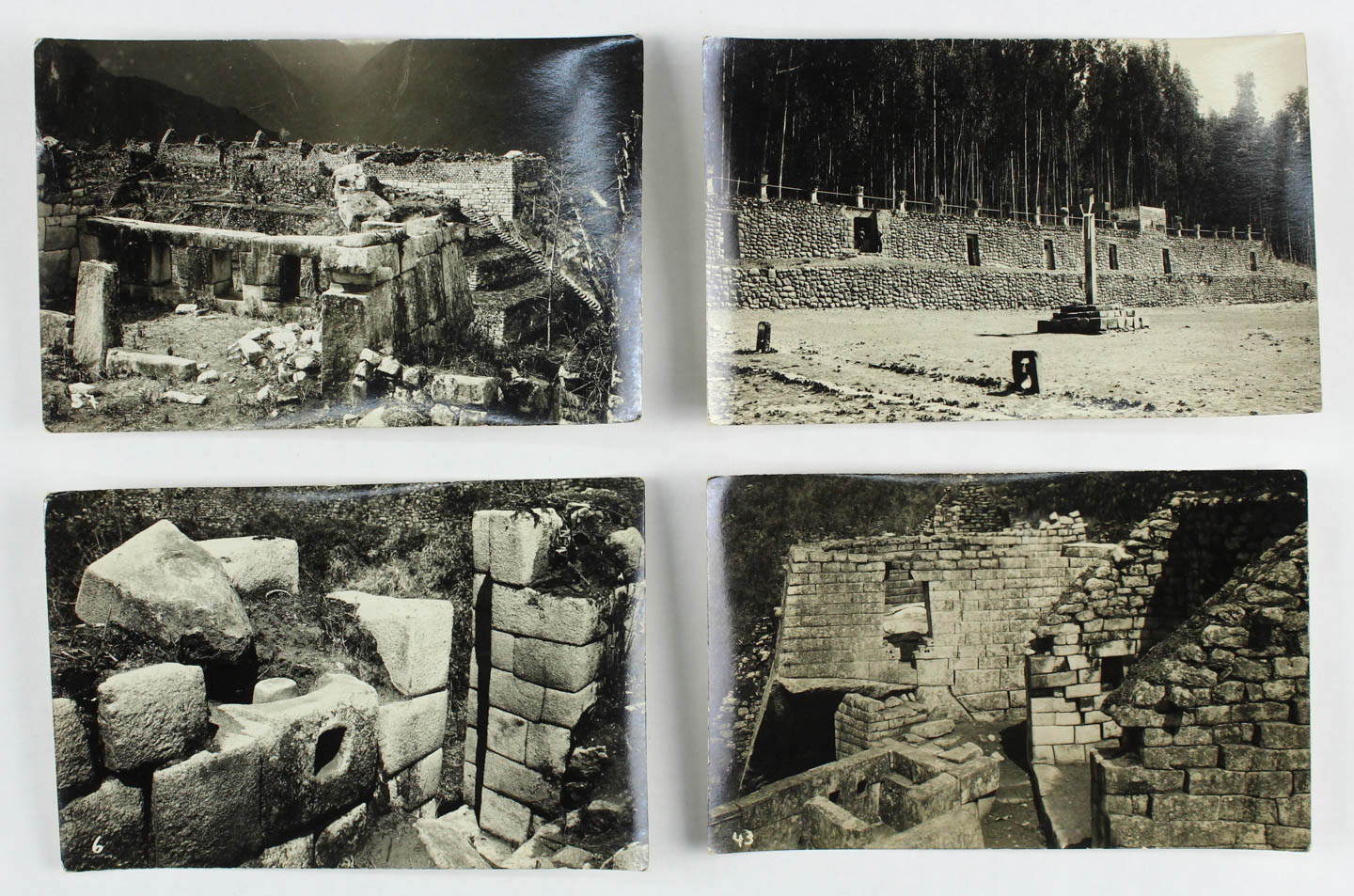 MARTIN CHAMBI (1891-1973) A collection of 54 photographs depicting the architecture of Cuzco, Peru, and the remarkable archaeological sites and Incan ruins on the outskirts of the city. Made high in the Andean mountains, the breathtaking photographs primarily depict the immense fortifications and terraced landscapes that remain from the prior inhabitants of Incan society. As with the majority of Chambi's photographs, these images were captured in the Cuzco region, including locations such as Ollantaytambo, Tambomachay, Saqsayhuaman, Qenko, Machu Pichu, and Cuzco itself, where Chambi resided and worked. Silver prints on carte-postale paper, the images measuring 3½x5½ inches (8.9x14 cm.), and the reverse, each with Chambi's Cuzco and reproduction prohibited hand stamps, and approximately half with locations, in pencil, on verso. 1920s-30s

The Incan people were architectural masters. Their society, having been active in the region for hundreds of years, understood the land. They knew of the harsh conditions common at such elevation, and the seismic activity brewing below foot. Thus they recognized the importance of architectural and landscape design which could enable a certain level of strength and withstanding to inclement weather and seasonal changes.

Chambi, like many of his precursors and contemporaries (Walker Evans and Eugène Atget, among others) played the dual role of photographer/historian. By turning his camera on both impressive expanses and nuanced architectural details, he told a partial story of the Incan empire, and his own heritage.