The top lots in yesterday’s Art, Press & Illustrated Books and 19th & 20th Century Literature sales represented each of the categories, indicating a strong selection of material across genres. 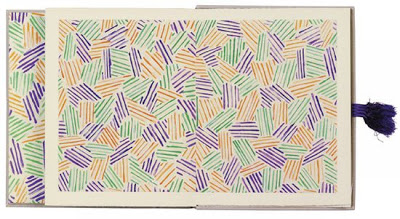 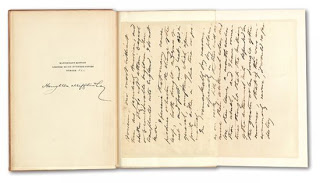 Henry David Thoreau, The Writings…Manuscript Edition, 20 volumes, 1906. Sold for $9,000.
A manuscript edition in original bindings of Thoreau’s The Writings, signed by the publisher and with an original manuscript sheet from Thoreau’s journal brought $9,000. The leaf begins: “However, [in pencil: ‘the greater part of’] our most brilliant trees are peculiarly American; and whether they do not attain to equal or considerable brightness when transplanted into England, I do not know…” 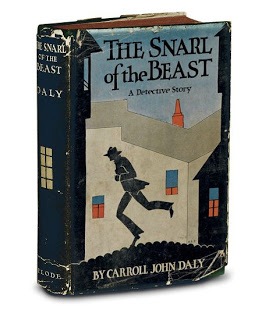 The first appearance of Carroll John Daly’s The Snarl of the Beast with a true first state dust jacket, 1927, sold for $8,400. The only other known dust jacket lists titles that were printed in 1931. Daly is considered the inventor of the hard-boiled detective genre, and The Snarl and the Beast was his second novel.
Carroll John Daly, The Snarl of the Beast, 1927. Sold for $8,400.
Share
May 13, 2011
Author: Swann Communications
Category: 19th & 20th Century Literature
Tags:
Previous