Ambroise Vollard: The Art of the Deal

Ambroise Vollard (1866-1939) was a major dealer and publisher in Paris from the 1890s until his death in a car accident in 1939. Initially trained as a lawyer, he is now generally remembered as a shrewd businessman and one of the first “modern” art dealers. He was involved in many of the major art movements at the turn of the century, including Impressionism, Post Impressionism, the Nabis and Fauvism. In many cases, he even cornered and manipulated the art market of some living artists by having them sign exclusive agency agreements. 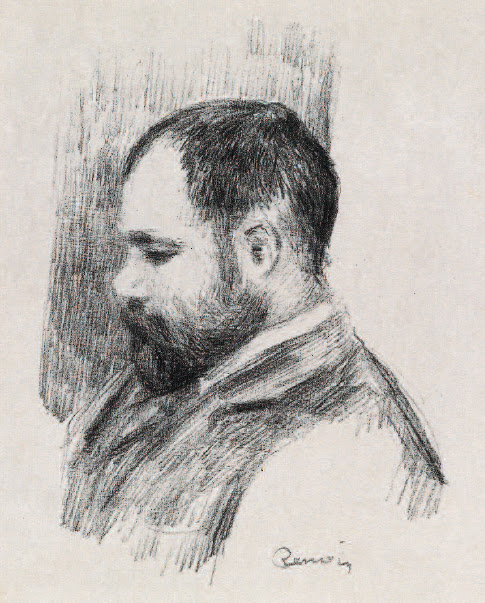 Soon after he opened his gallery in 1893, Vollard made history as the first dealer to organize a solo exhibition for Cézanne, followed by solo shows for Van Gogh in 1895, Picasso in 1901 and Matisse in 1904. He often purchased works directly from the artists he represented, occasionally buying out their entire studios for then bargain prices. This approach enabled him to rapidly amass a sizable and significant collection of works by Impressionist and Post-Impressionist artists. He cleverly held many of the artworks in his possession for years in order to take advantage of their ever increasing value. He took risks to exhibit emerging artists, such as the Nabis in the late 1890s, while also acquiring works by established artists, like Degas and Renoir, through trade.
His Cézanne retrospective proved to be exceptionally successful. With the proceeds, Vollard opened a new gallery and printing house where he established himself as an important publisher of lithographs and livres d’artiste in the 1890s, becoming a leader in the revival of fine art printmaking. His first publication, in 1896, L’Album des Peintres-Graveurs, contained color lithographs by the Nabis artists (including lot 59 in our Armory Show at 100 auction), many of which he exhibited in an accompanying group exhibition. He went on to publish prints and artist books by Vuillard, Bonnard, Denis, Picasso, Cézanne, Matisse, Rouault, Roussel and Cross.
The 1913 Armory Show occurred at the end of Vollard’s most productive period; during the 1920s/1930s he organized exhibitions less frequently and with less vigor. By this time he had built his formidable collection, he lent numerous blue-chip original works and lithographs by Cézanne, Gauguin, Redon, Renior, Vollard, Bonnard and Denis to the show. He fared extremely well in the Armory Show; among the multitude of sales his Cézanne, Colline des Pauvres (The Poorhouse on the Hill), sold for $6,700 (roughly $160,000 today) to the Metropolitan Museum of Art, New York. This was a landmark acquisition, representing the first work of modern art to be purchased by a major American museum.
The color lithographs he published and sent to the Armory Show (evidently as an afterthought) also sold very well and were, in fact, among the best-selling items in the exhibition (approximately two thirds of all recorded sales at the Armory Show were of Vollard’s lithographs)—he offered both individual lithographs for $20 to $30 (roughly $500 today) and portfolios of 12 lithographs for $120 a piece (roughly $2,800). The paintings lent by Vollard elevated the quality of Impressionist works in the Armory Show overall, while the presence of his more affordable, original lithographs allowed the widespread dissemination of images by the Impressionist masters across the American art world.
Following the Armory Show, and with the onset of World War I, Vollard closed his Parisian gallery, but continued to work with artists, still producing individual prints and livres d’artiste. Among the most notable of his later publications is the massive Vollard Suite by Picasso, published in 1939 and consisting of 100 etchings in a total edition of 310. In 1939, at the age of 73, Vollard died in an automobile crash. It is rumored that on impact, his neck was broken when he was struck by a copperplate or bronze sculpture made by the artist Aristide Maillol that he had been storing on the ledge above the rear seat of his car.
Share
October 25, 2013
Author: Swann Communications
Category: 19th & 20th Century Prints & Drawings
Tags:
Previous