His Lover Sleeps: Picasso’s Nocturnal Scene from the Vollard Suite

Among the highlights of our March 6 auction of 19th & 20th Century Prints & Drawings is Pablo Picasso’s 1934 aquatint and etching Garçon et Dormeuse a la Chandelle. 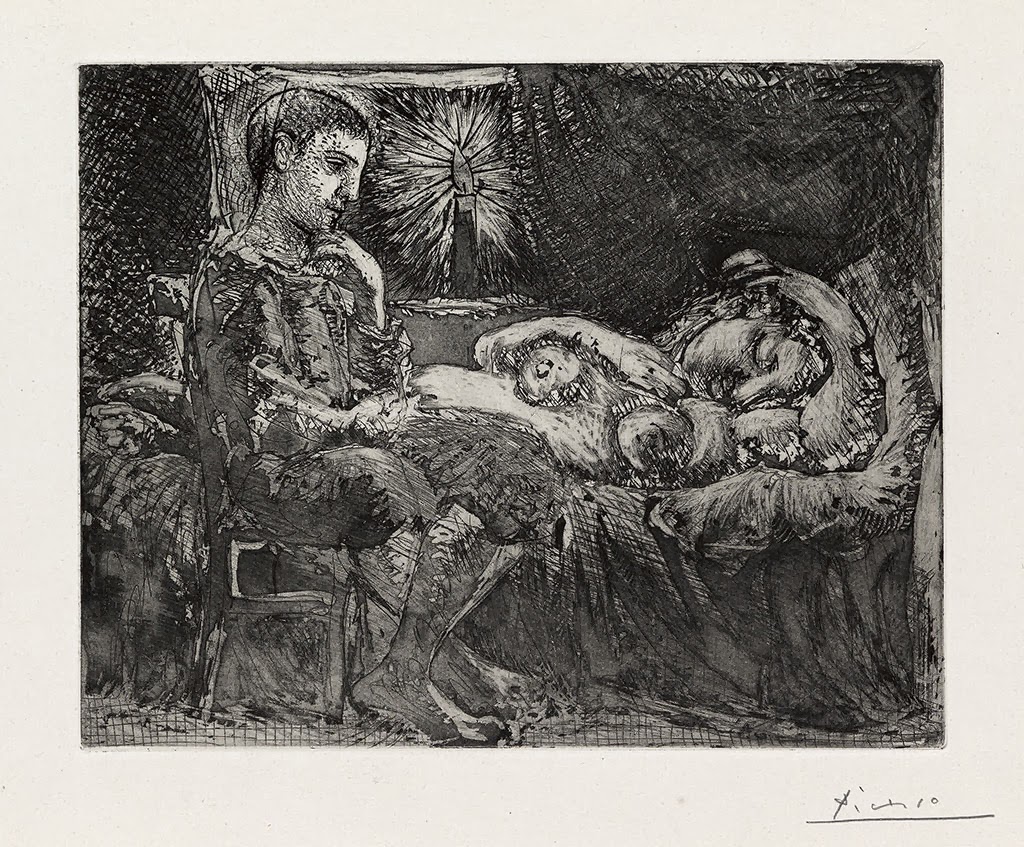 This print is one of 100 different etchings from the Vollard Suite, a series Picasso produced from 1930 to 1937 for Parisian publisher Ambroise Vollard. While over 300 sets were printed, complete suites are exceedingly rare, instead the prints from this series now are often found individually.

The suite spans Picasso’s passionate, sometimes tumultuous affair with his teenage model and muse Marie-Thérèse Walter. Many of the earlier works in the series portray a sculptor in his studio among his work–alluding to the classical myth of Pygmalion. The later prints become increasingly dark as both his relationship with Marie-Thérèse waned and Europe marched toward World War II.

This particular print marks a turning point in Picasso’s relationship with Marie-Thérèse, as it was made when Picasso learned she was pregnant with his child in 1934. Her pregnancy marked the end of Picasso’s then marriage to the Ballet Russe dancer Olga Khokhlova and also the beginning of the end for his relationship with his young model (just one year later he would meet Dora Maar–with whom Marie-Thérèse would become embattled over Picasso’s affection).

This print, however, portrays a tranquil scene of the sleeping woman, her fertile feminine features illuminated by candlelight, with a young man (likely intended to symbolize Picasso himself) sitting and thoughtfully watching her at rest. A single candle lighting the scene creates a stillness and chiaroscuro reminiscent of Rembrandt’s nocturnal scenes.

The onset of World War II and the sudden death of the publisher Vollard in a car crash in the south of France in 1939 delayed the distribution of this seminal suite, certainly one of the most important print series ever created by a single artist, until the 1950s.