Before Grumpy Cat and Lil Bub took the internet by storm, another group of cats rose to fame in the French art world. Based on their prints, 19th-century artists were just as enamored with their furry feline companions as we are today. 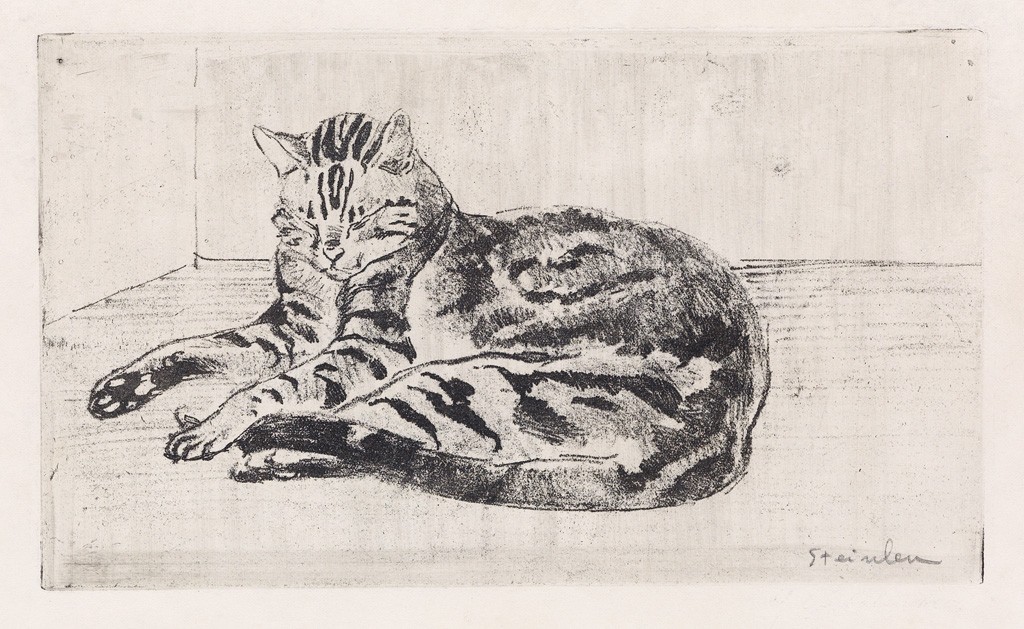 Art Nouveau painter Théophile-Alexandre Steinlen’s (1859-1923) oeuvre may be the most cat-heavy in modern art, encompassing a variety of media including paintings, drawings, prints, posters and even sculpture. Some of Steinlen’s most prominent cat imagery is in his posters, such as 1894’s Lait Pur Stérilisé, using the animals as an advertising draw, or in prints such as the domestic Chat sur le plancher (seen above). Steinlen even created a cat-profile ink stamp for his works on paper, which can be seen in the lower right corner of the lithograph below. For even more Steinlen cat prints, look no further than the array included in our March 8 auction of 19th & 20th Century Prints & Drawings. 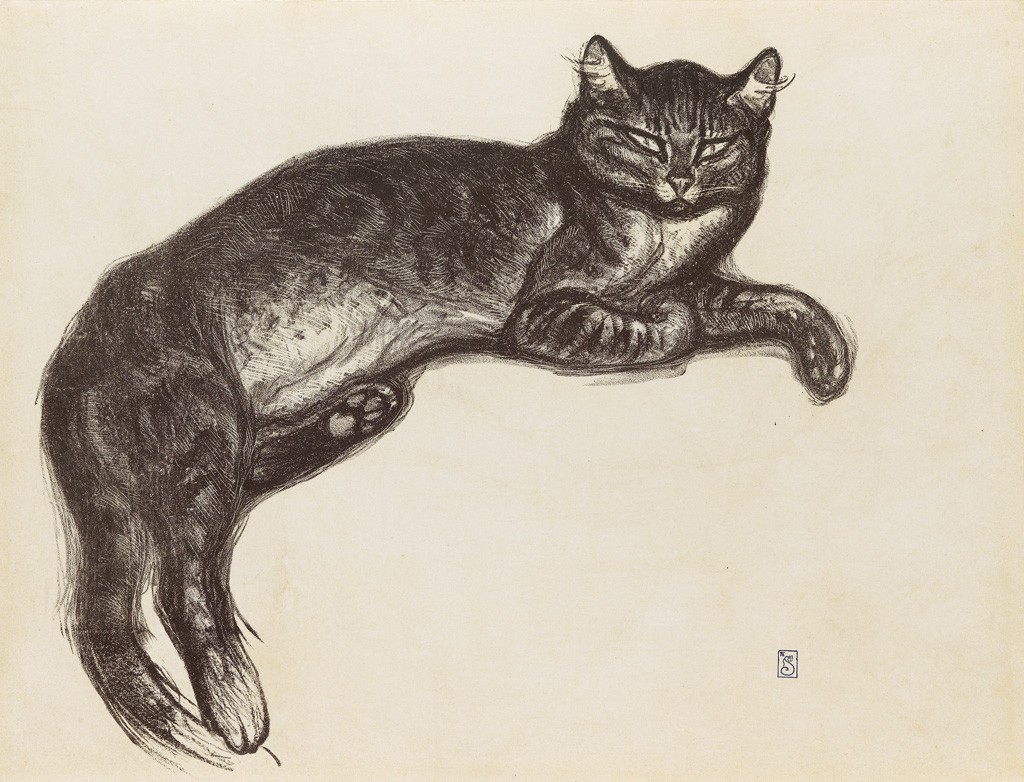 Édouard Manet (1832-1883) famously replaced the dog in Titian’s Venus of Urbino with a black cat in his 1863 Olympia, using the animal as a reference to the nude’s sexuality. In a less provocative play, Manet again portrayed a cat in his 1869 print Le Chat et les Fleurs. In comparison with his more controversial works, the latter is a more tranquil, everyday scene of the pet slinking through its territory, a familial view revealing the artist as a true cat lover. 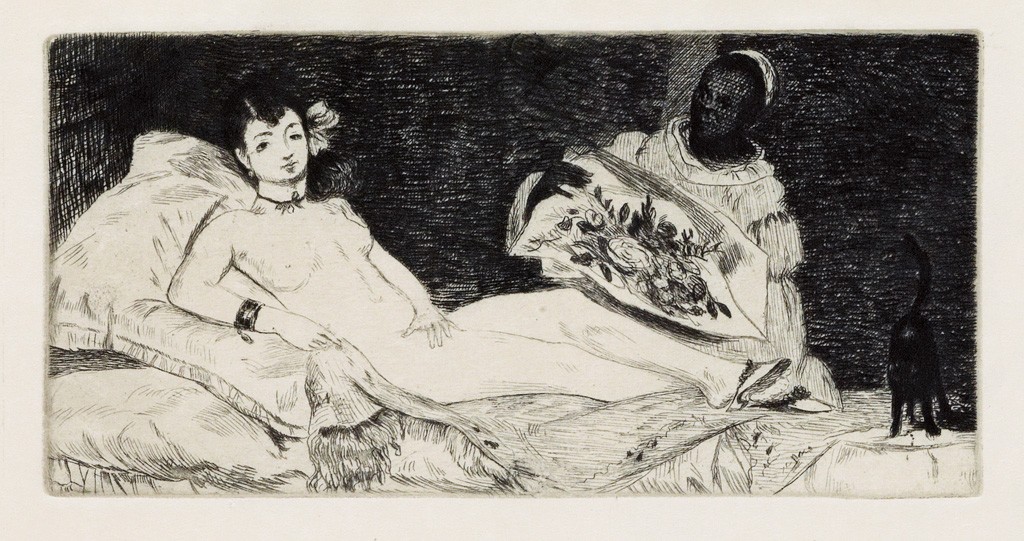 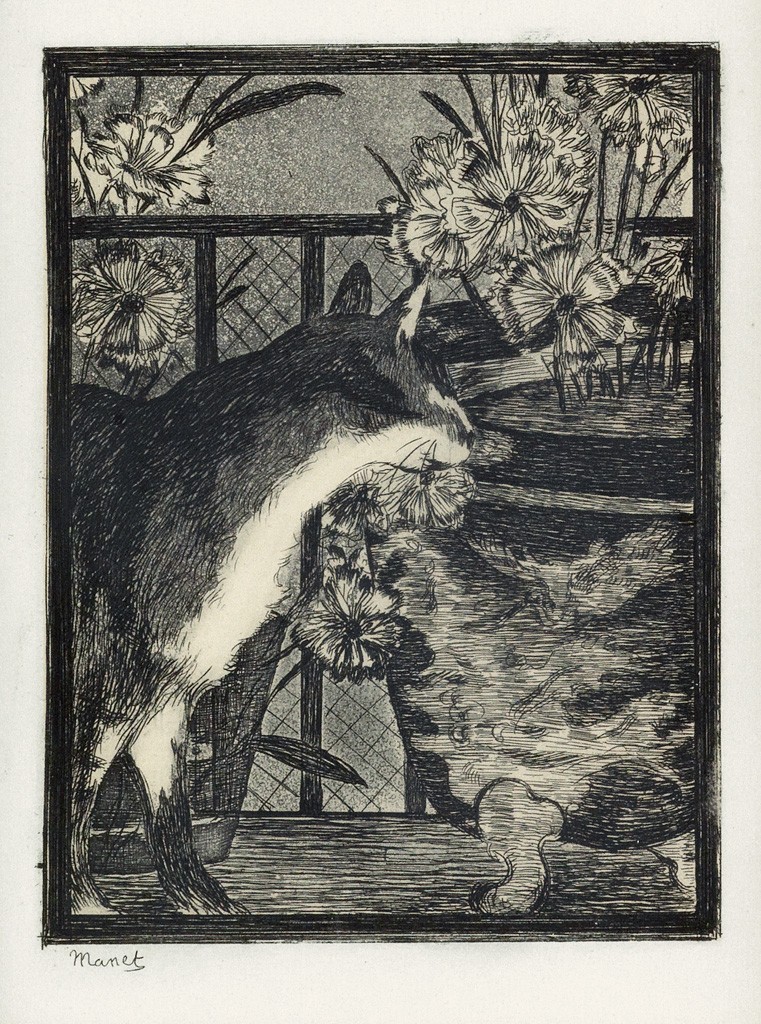 Berthe Morisot’s (1841-1895) 1889 etching Fillette au Chat (Julie Manet) depicts the artist’s daughter cradling a beloved kitten. The print is after a portrait (now in the Musée d’Orsay, Paris) painted by the artist’s friend and contemporary, Pierre-Auguste Renoir. Both artists are not only important Impressionists, but are also, as seen in this work, champions of cats. Morisot’s largely domestic oeuvre is rife with references to family as well as to pets, indicating the importance of animals to 19th-century home life. 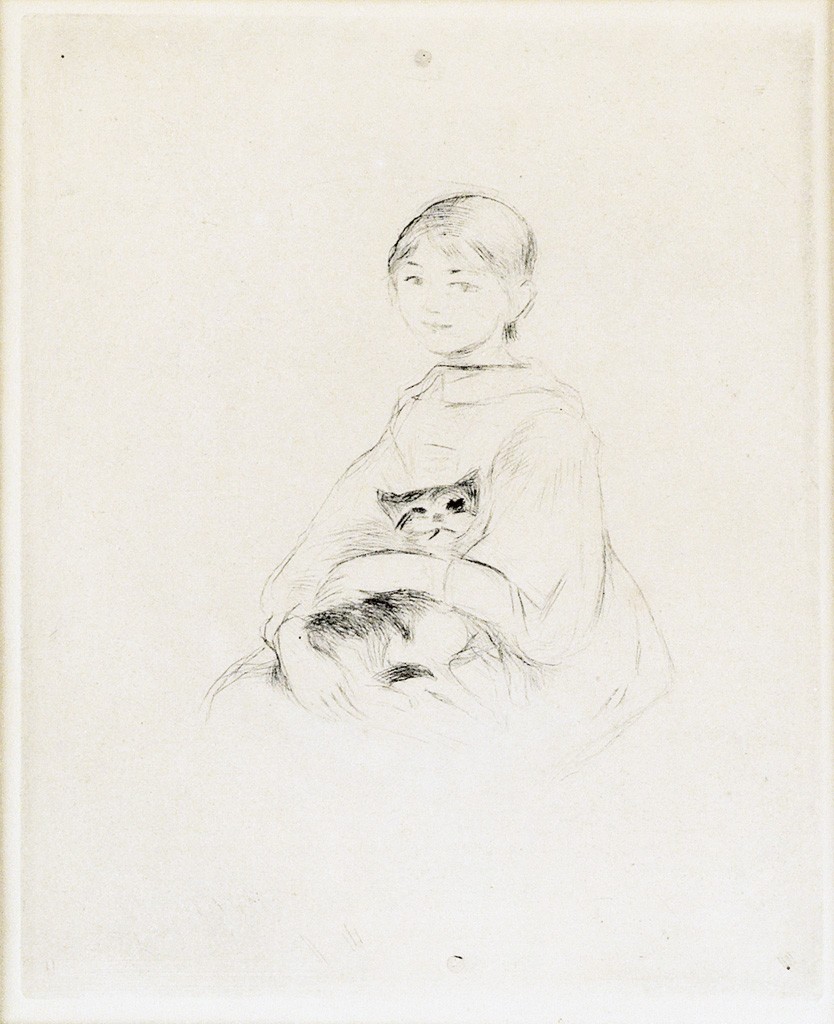 These artists didn’t discriminate, though. If you aren’t a cat person, there’s still a 19th-century work of art for you in Steinlen’s drawing Deux Chiens. Whether it’s cats or dogs, these animals continue to make their way into our hearts – and our art. 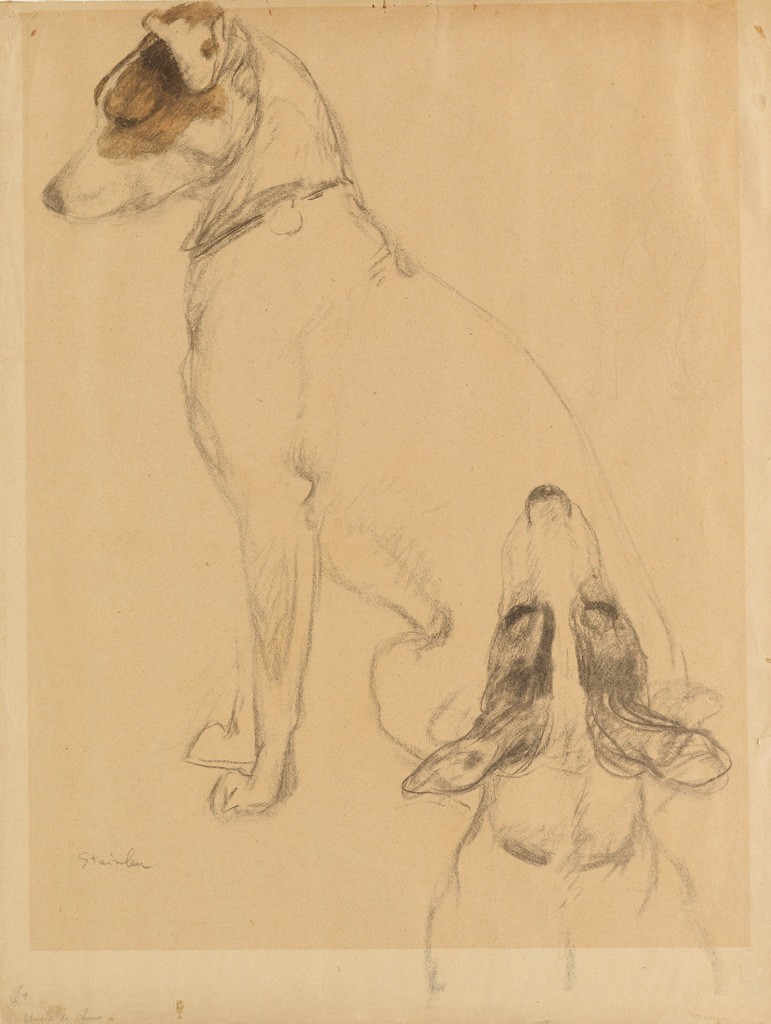 For a look at more art featuring furry friends, peruse the complete catalogue.