Swann saw a standing-room only auction yesterday for The Art Collection of Maya Angelou, and bidding was competitive the whole way through this short but intensely exciting sale. The sale doubled its pre-sale estimate with a 98% sell-through rate and at least eight artist records. 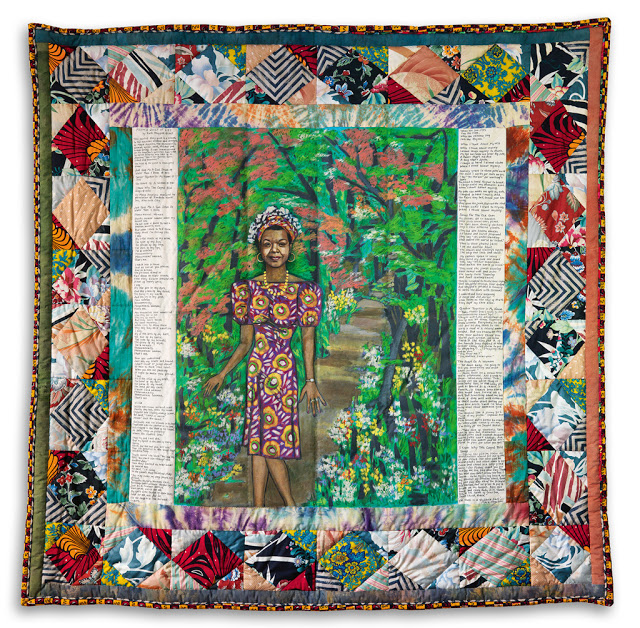 Faith Ringgold, Maya’s Quilt of Life, acrylic on canvas and painted, dyed pieced fabrics, 1989.
Sold September 15, 2015 for $461,000.
The top lot, Faith Ringgold’s quintessential story quilt Maya’s Quilt of Life, a birthday gift commissioned by Oprah Winfrey, went for an astounding $461,000–nearly doubling its own pre-sale estimate and setting a record for the artist at auction. 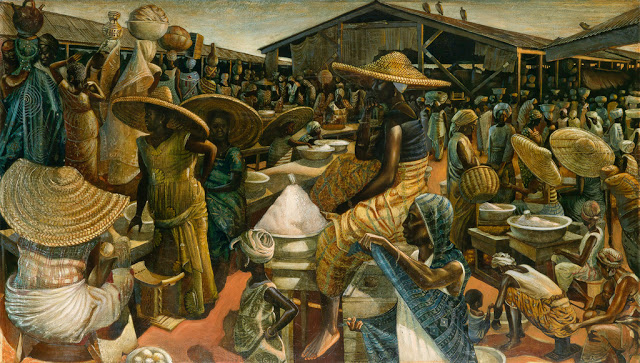 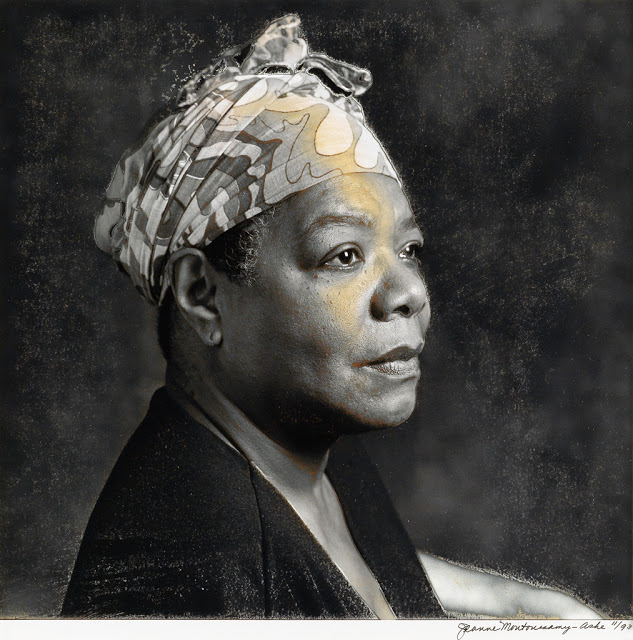 Jeanne Moutoussamy-Ashe, Maya Angelou, silver print with hand coloring, 1993.
Sold September 15, 2015 for $17,500.
Jeanne Moutoussamy-Ashe’s photographic portrait of Dr. Angelou sold to the Muscarelle Museum of Art at The College of William & Mary for over 10 times its pre-sale estimate at $17,500. This also set an auction record for the artist. 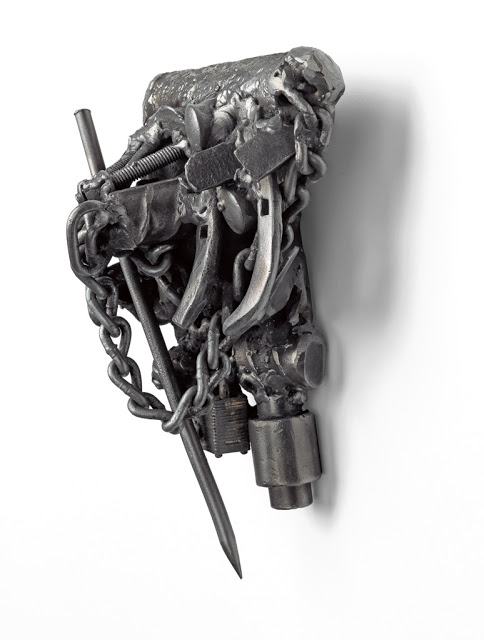 Melvin Edwards, OWWA Maya, welded steel, 2011. Sold September 15, 2015 for $40,000.
Melvin Edwards welded steel sculpture, presented to Dr. Angelou at the 20th anniversary meeting of the Organization of Women Writers of Africa (OWWA), sold for $40,000, a record for Edwards at auction. 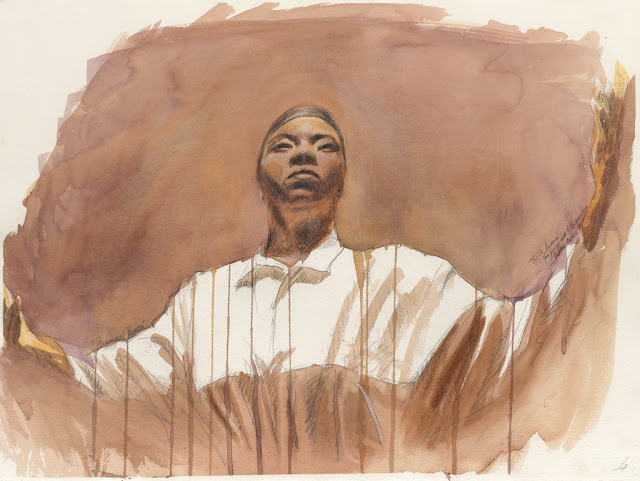 Alonzo Adams, Phenomenal Woman, watercolor and pencil, 1993.
Sold September 15, 2015 for $10,000.
This watercolor by Alonzo Adams made the growing list of records for artists at auction in this sale at $10,000. The painting is signed and inscribed with “To: Dr. Angelou – You give me hope and inspiration.” 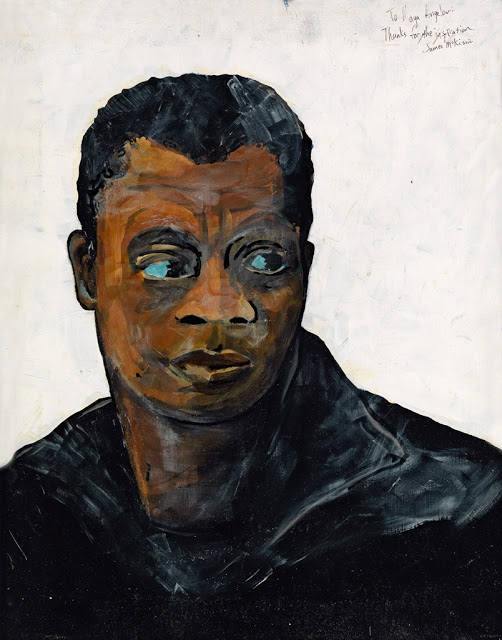 James McKissic, Jimmy’s Blues, oil on canvas, 2002. Sold September 15, 2015 for $9,375.
James McKissic’s Jimmy’s Blues, saw an excellent first appearance for this artist at auction, bringing $9,375. The painting is a portrait of the late writer James Baldwin, and gets its name from the author’s 1985 book of poetry. The painting is inscribed with “To Maya Angelou: Thanks for the inspiration.” 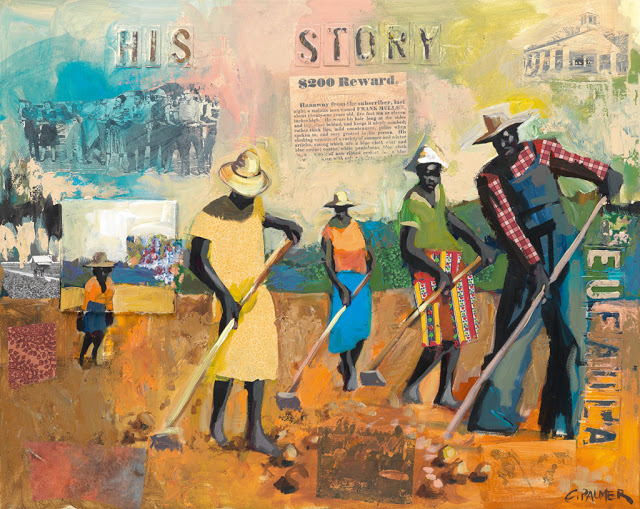 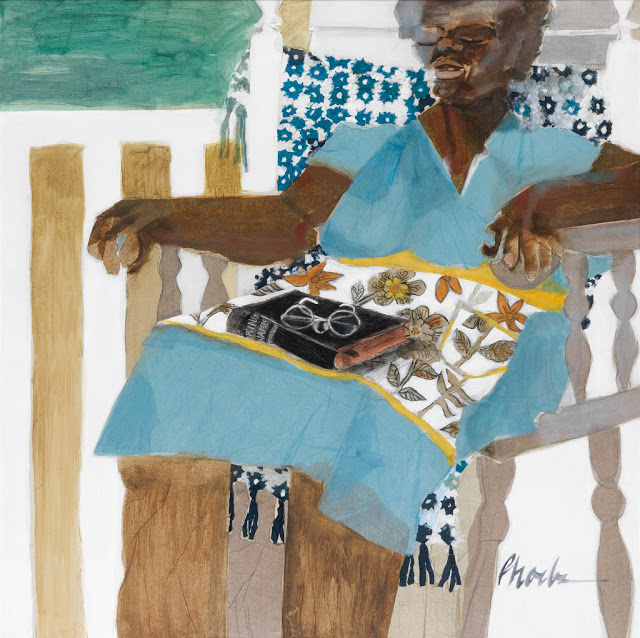 Phoebe Beasley, Catnap, mixed media collage, 1980. Sold September 15, 2015 for $11,875.
Rounding out this fabulous list of artist records at auction, Phoebe Beasley’s collage Catnap, sold for $11,875. Beasley was a longtime friend and Dr. Angelou provided a testimonial for the artist’s website, “Phoebe Beasley’s eye has never failed her; has never lied to her, and her art generously gives us beauty, information and always the truth.”
African-American Fine Director Nigel Freeman said of the sale, “We are absolutely thrilled–this auction exceeded all of our expectations and reinforced the great status of Dr. Angelou as an American cultural icon. It was an honor to handle her collection.”

Standing on the Shoulders of Giants–Artists and Their Mentors