As Hurricane Harvey roared through Houston last month, an unlikely victim was left behind: the monumental 1953 mural by John Biggers, titled Contribution of Negro Women to American Life and Education.

For more than 60 years, the massive work has stood in the Blue Triangle Community Center in Houston’s Third Ward. It was the first important mural the artist painted following his move to the area from New York. 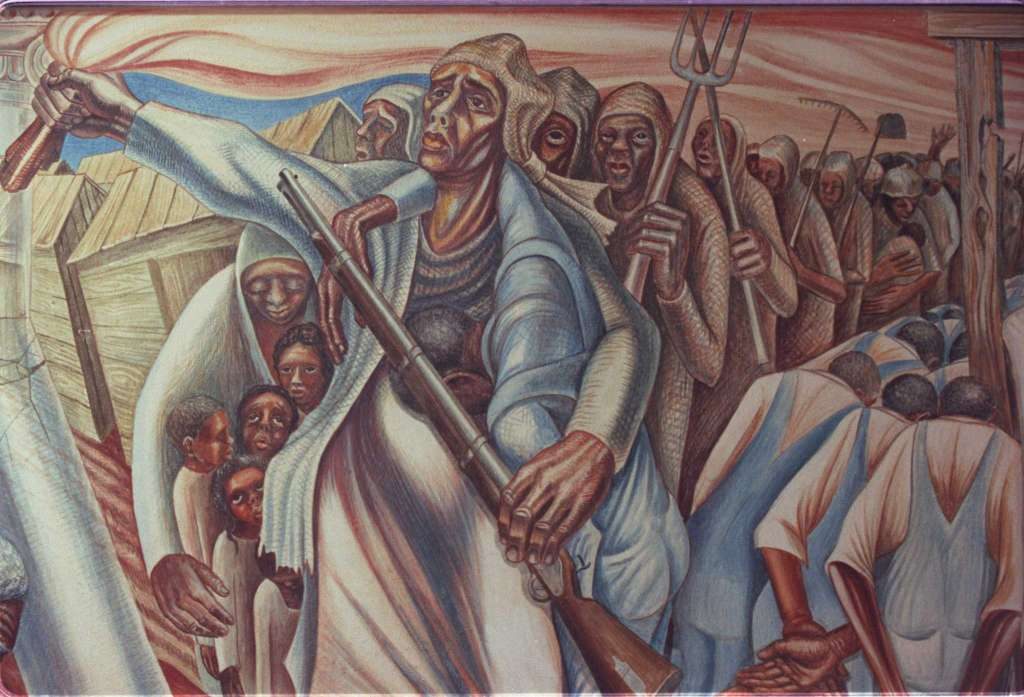 The Blue Triangle Center describes the work thus: “The right side represents slavery out of which Harriet Tubman leads people, symbolized by the Torch of Freedom pushing over the column, symbol of dominant society which is supported by man’s labor. Left of the column, the Tree of Life, also supported by man’s labor embraces the balance of the mural depicting progress in education, science, music and healthful living with Sojourner Truth as the Pioneer Teacher. The search for knowledge in a free society becomes available to the old and young, men and women, as symbolized by the old man reading the lamp. The contribution of a third woman Phillis Wheatley appears in the book being read by the mother with the child. All of that embraced by the Tree of Life is in contrast to the hopelessness expressed in the figures at the far Right. The church on each side symbolizes the spiritual background of our society.”

In 2016, the Center tried to raise money to fix the roof above the mural, but they could not secure the funds. After Harvey whipped through the city, Blue Triangle Community members returned to the building to find blooms of black mold spreading across the surface of the work. 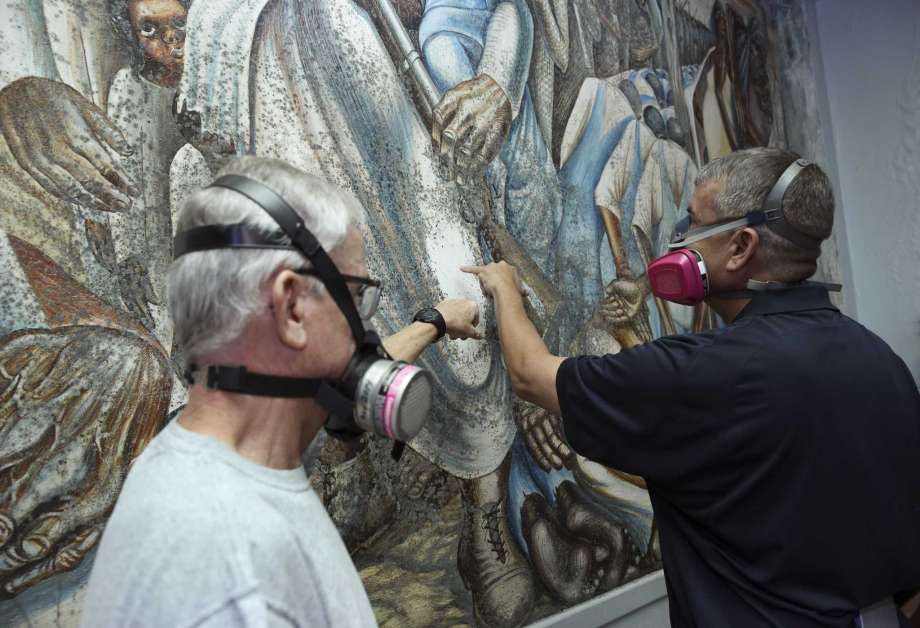 Conservationists at work on the mural. Courtesy of the Houston Chronicle.

According to the Houston Chronicle, “The mural can be saved. The preliminary diagnosis credits Biggers’ use of two coats of white paint to prime the wall, which protected the colors from moisture.”

If you’re interested in seeing this important piece of American art history preserved, Blue Triangle is seeking funds to repair and strengthen the mural, as well as to repair the leaking maze of roofs above it to prevent another catastrophe. To help, please contact Lucy Bremond, a member of the Blue Triangle Friends, at lucybremond@gmail.com 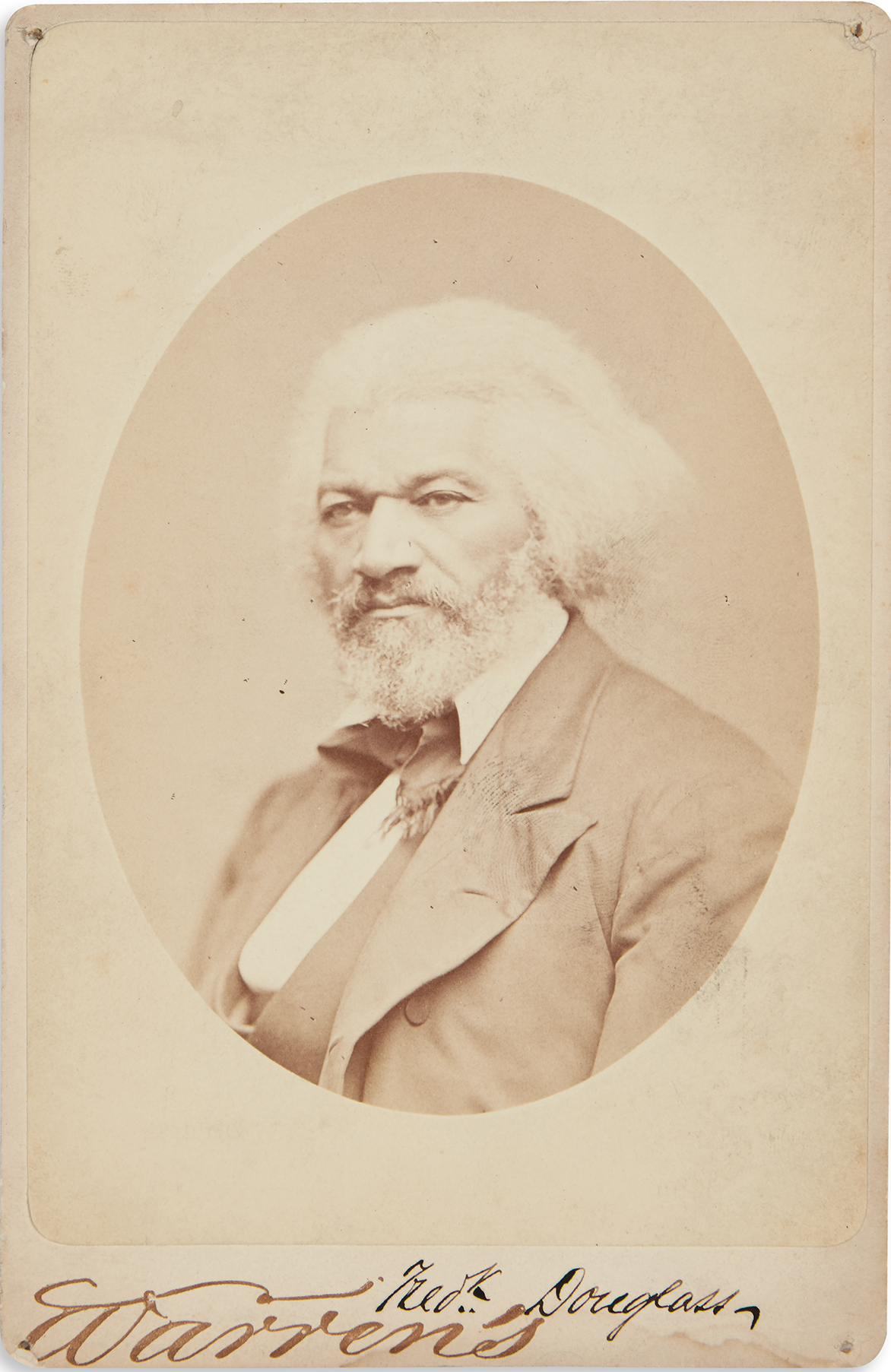