At Swann, we’re lucky to contribute to an overall market correction, offering exceptional art by women of color, whose work on the themes of feminism and identity is increasingly being recognized by a more equitable marketplace. Some notable recent exhibitions and reading on this subject include She Persists: A Century of Women Artists in New York at Gracie Mansion, the official residence for the mayor of New York City; Augusta Savage: Renaissance Woman at the New York Historical Society; the traveling exhibition Soul of a Nation: Art in the Age of Black Power; and Women Take the Floor at the Boston Museum of Fine Arts.

The auction includes three works by Emma Amos, whose figurative prints and paintings are increasingly being noticed by collectors and institutions. Amos was the only woman invited to show with the Spiral collective, and since the 1960s has taught, worked as a textile designer, and exhibited internationally. In 2019 Swann established an auction record for Amos when Let Me Off Uptown, 1999, sold for $125,000. The monotypes in the auction are from the artist’s significant 1980s body of work: Josephine and the Ostrich celebrates Josephine Baker, a repeated subject for the artist, and Slow Time relates to a series depicting African-American women in bathing suits or swimming.

Zoë Charlton is an Associate Professor of Art at American University in Washington, DC. Her work, which tackles themes of gender, intersectionality, identity, and isolation, has been exhibited at The Studio Museum in Harlem, The Contemporary Arts Museum Houston, and the Zacheta National Gallery of Art in Warsaw, Poland. To our knowledge, this is the first work by Charlton to come to auction.

Carrie Mae Weems’s photographic work in black and white is recognizable for its engagement with history and effective juxtaposition of imagery and text that highlights the racist stereotypes that run just beneath the surface of popular discourse. Weems’s 1995 See No Evil, Hear No Evil, Speak No Evil photographs were the first time the artist used color in her photography, the result of a collaboration with Polaroid. The images were originally shot on a 20-by-24-inch Polaroid camera—the first image of the triptych is now in the collection of the J. Paul Getty Museum.

Pictured below, Laura Wheeler Waring’s oil portrait is of James Weldon Johnson, who is best known for writing Lift Every Voice and Sing. Sometimes referred to as the “Black National Anthem,” the song is also the title and subject of the Augusta Savage’s most famous work (pictured above). 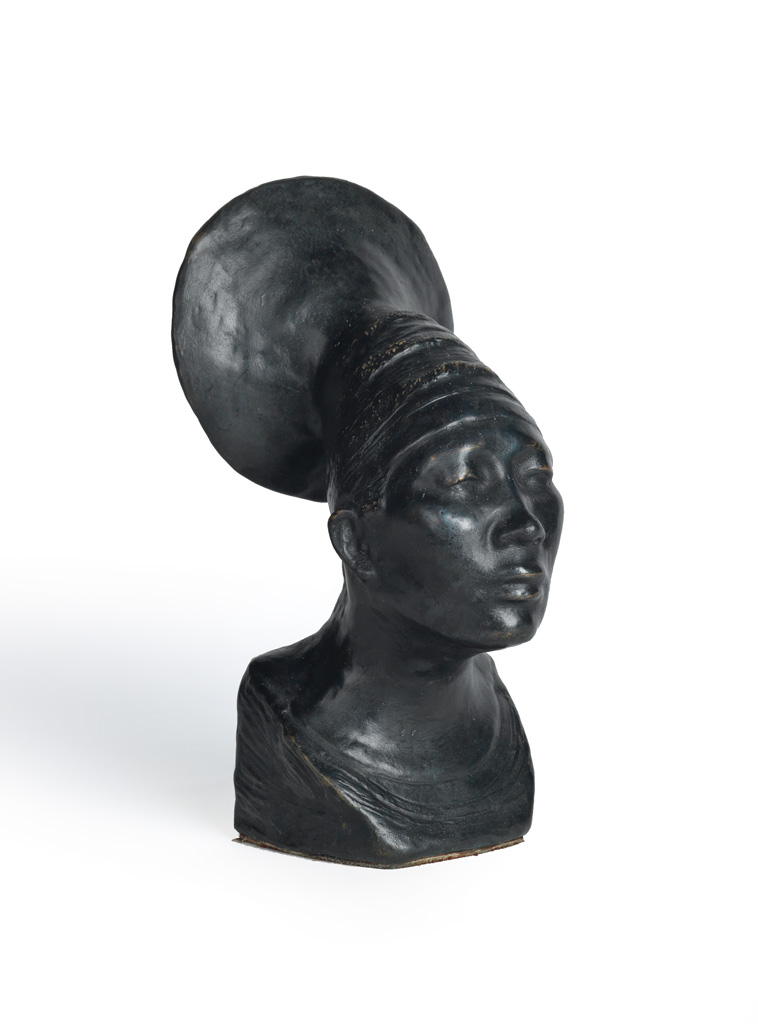