Who builds a statue of a young man with locks, perched on a horse ready to ride into the ranks of Confederate statues in Virginia? Kehinde Wiley does. Who let this dude into the building? Who turned him loose on the rest of us, asking “Why not?” then answering himself with art that breaks molds, blending, for example, British Romanticism with urban power.

Kehinde Wiley was 11 when his mother began taking him and his twin brother, Taiwo, to art classes on the weekends. And at 12, she sent them to the Soviet Union for a six-week art camp.

They weren’t wealthy—far from it. His mother, Freddie Mae Wiley, had six children. His Yoruba-born father had returned home to Nigeria. What Freddie Wiley had was pluck, ingenuity and the spirit to ask, “Why not?”

“The world’s a scary place,” Wiley said once, in a television interview. “The role of an artist is to look at that world as it is and to imagine alternate possibilities, but also to heighten what actually is.”

Wiley studied the works of artists like Joshua Reynolds, Thomas Gainsborough and John Constable. He studied Baroque and Rococo and Neoclassical styles. He was drawn to it all but also felt quite distant from it, remarking, “it wasn’t until later that I started thinking about issues of desire, objectification, and fantasy in portraiture … and of course colonialism. But I was just an adolescent, and these paintings were just powerful.”

He held onto those feelings as he matriculated through school, graduating from the Los Angeles County High School for the Arts, then earning a BFA from San Francisco Art Institute, and finally his MFA, from Yale, in 2001.

“When I started painting, I started looking at technical proficiency, manipulation of paint, color, and composition…. Since I felt somewhat removed from the imagery, personally and culturally, I had a scientific approach and aesthetic fascination with the paintings. That distance gave me a removed freedom,” he said.

The freedom Wiley had also come in the form of a mug shot that he found on the street after he’d moved to New York. There it was, the photo of a young man with all his vital information listed. He picked up the paper and a new line of thought on black men and their images started taking shape. He ultimately did portraits of the image. But it helped him in figuring out a place for himself in the visual landscape.

Kehinde Wiley’s early works include prominent hair portraits. There are works of black men with masses of hair piled up high, a young man with a towering afro, two other young men whose hair intertwines. It’s actually in the latter portrait that another theme for Wiley comes forward: Twinning. Beyond the reality of being a twin himself, the compare/contrast dynamic is key to his work. Comparing the old classics to the world as it is today, for example. There is the chance to view twoness through the eyes of young men who are posing in old styles—but also stand in contrast and comparison to each other.

One of Kehinde Wiley’s best-known works resides in the collection of the Brooklyn Museum. Napoleon Leading the Army over the Alps is a dramatic large-scale painting, ornately framed, in the artist’s signature style. A play on Bonaparte Crossing the Alps at Grand-Saint-Bernard by Jacques-Louis David, the painting “presents a new brand of portraiture that redefines and affirms Black identity and simultaneously questions the history of Western painting.”

Wiley was the subject of a mid-career retrospective at the Brooklyn Museum. Kehinde Wiley: A New Republic featured 60 works and brought the artist to a new prominence. In 2018, he was chosen to paint President Barack Obama for The National Portrait Gallery—a commission that effectively made him a household name.

Wiley has taken his art all over the world, having traveled and done work in places such as Israel, Haiti and Senegal. It’s there in Dakar that he has opened Black Rock Senegal, a retreat for artists from all over the world.

“I often see my works in collectors’ homes, in these expensive mansions all over the world, and oftentimes [the people in the paintings] are the only black people in the room,” he said.

For more information on Kehinde Wiley works at Swann, contact a specialist in our African-American Fine Art department. 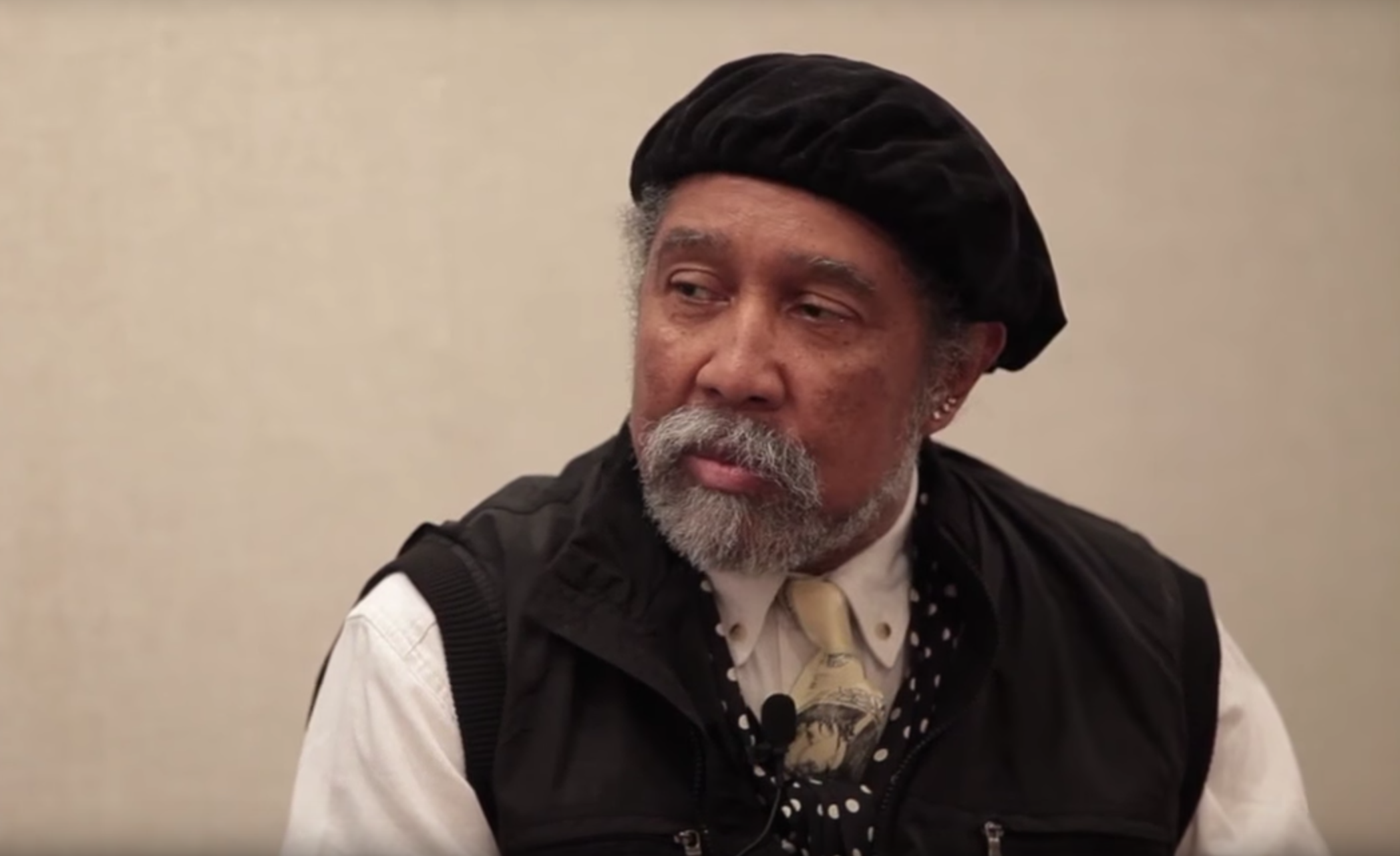