Guy C. Wiggins: An Impression of Winter in New York

It will be warm and sunny here in New York for our American Art auction tomorrow, but some of the top lots of the sale feature the Big Apple draped in falling snow. Artist Guy C. Wiggins is best known for his winter scenes of the city, which incorporate the delicate movement of snowflakes in various urban scenes. 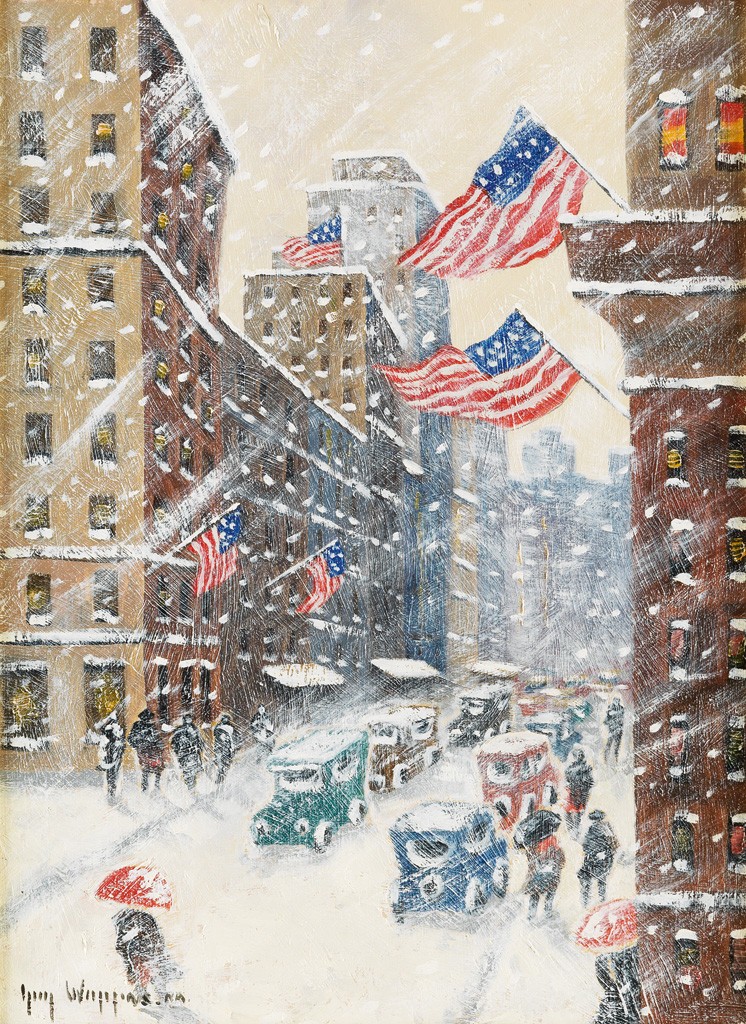 Guy C. Wiggins (1883-1962) was born in Brooklyn to an artistic family. His father, Carleton Wiggins (1848-1942) was an accomplished painter and provided Guy’s early training. Later, Wiggins junior became the youngest member of the summertime Old Lyme Art Colony in Connecticut, painting alongside his father and Childe Hassam, among others (by 1915, Carleton Wiggins has settled in Old Lyme permanently). Wiggins also studied at the National Academy of Design in New York, where his teachers included William Merritt Chase and Robert Henri. Like Hassam, Wiggins combined the traditions of French Impressionism, from the likes of Claude Monet and Camille Pissarro, with a bold, American style, influenced by his National Academy instructors Chase and Henri. 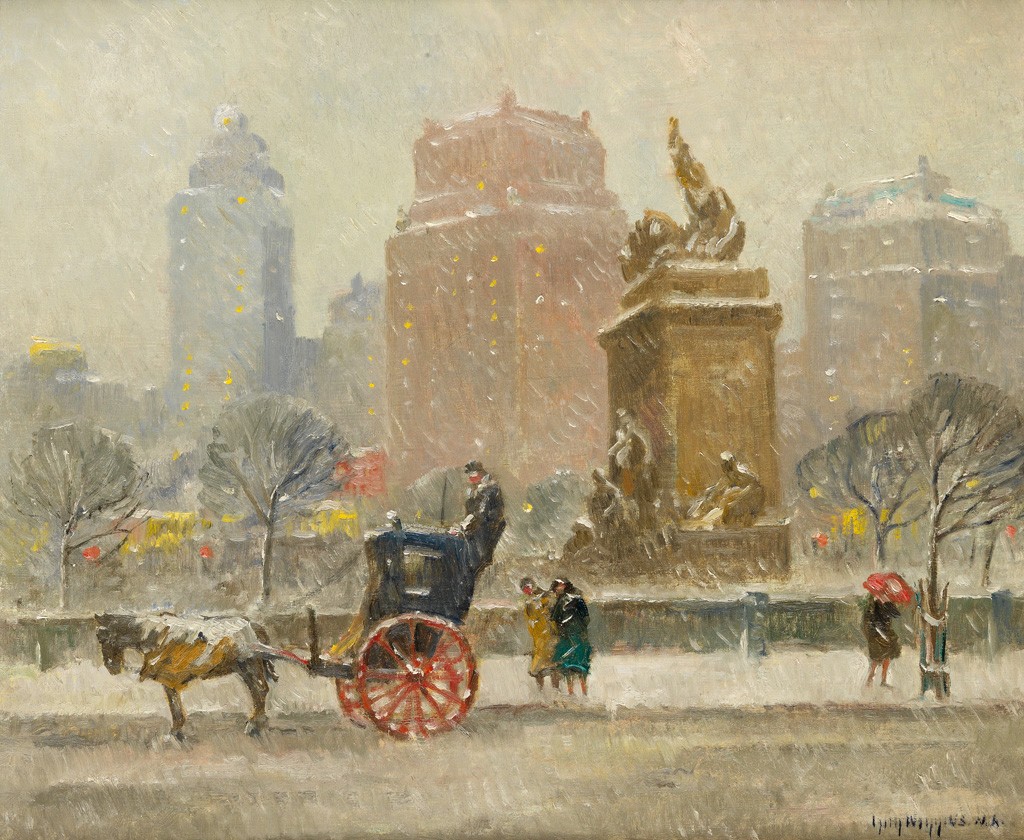 Wiggins was extremely popular in America throughout the first half of the 1900s, aided by his approachable style and strong artistic pedigree. At the age of only 20, he was the youngest artist to have a work included in the collection of the Metropolitan Museum of Art. When he started painting snowy, New York City winter scenes in the mid-1910s his popularity surged. Wiggins claimed to have been trying to paint a summer landscape and when he was unable to progress, he looked out the window of his studio on a winter day and decided to paint the row of buildings across the street blurred by the snow storm. 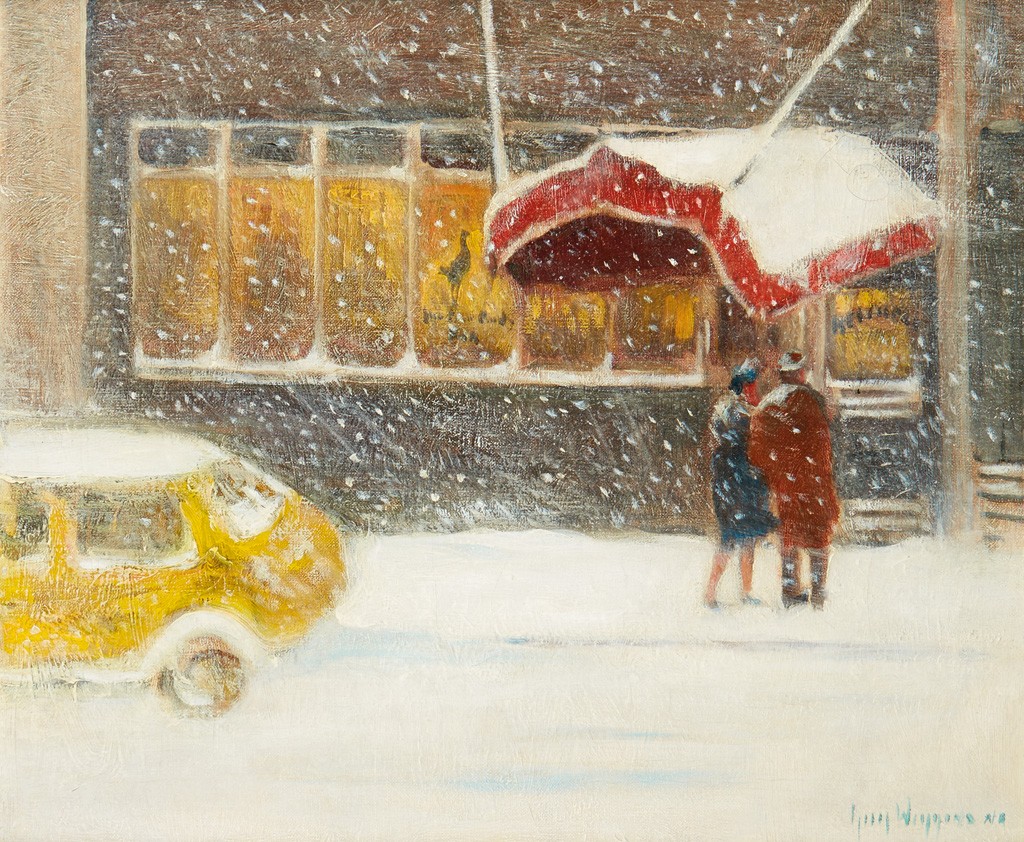 In the 1920s, he moved to Connecticut and purchased a gentleman’s farm outside of Old Lyme, though he continued to keep a studio in New York for the next couple of decades. In 1920, Wiggins established an eponymous art school in Connecticut, teaching in New Haven during the “off-season” and in Old Lyme during the summer. In 1937, he relocated his art school year-round to Essex, Connecticut, and would invite important artists such as George Luks, Eugene Higgins and Bruce Crane as visiting instructors during the summers. Wiggins died at age 79, while on vacation in St. Augustine, Florida, and is buried in Old Lyme.

To see more art featuring New York City scenes, as well as other works by important American artists, check out the complete catalogue.

Notes from the Catalogue: Two Studies by American Artists 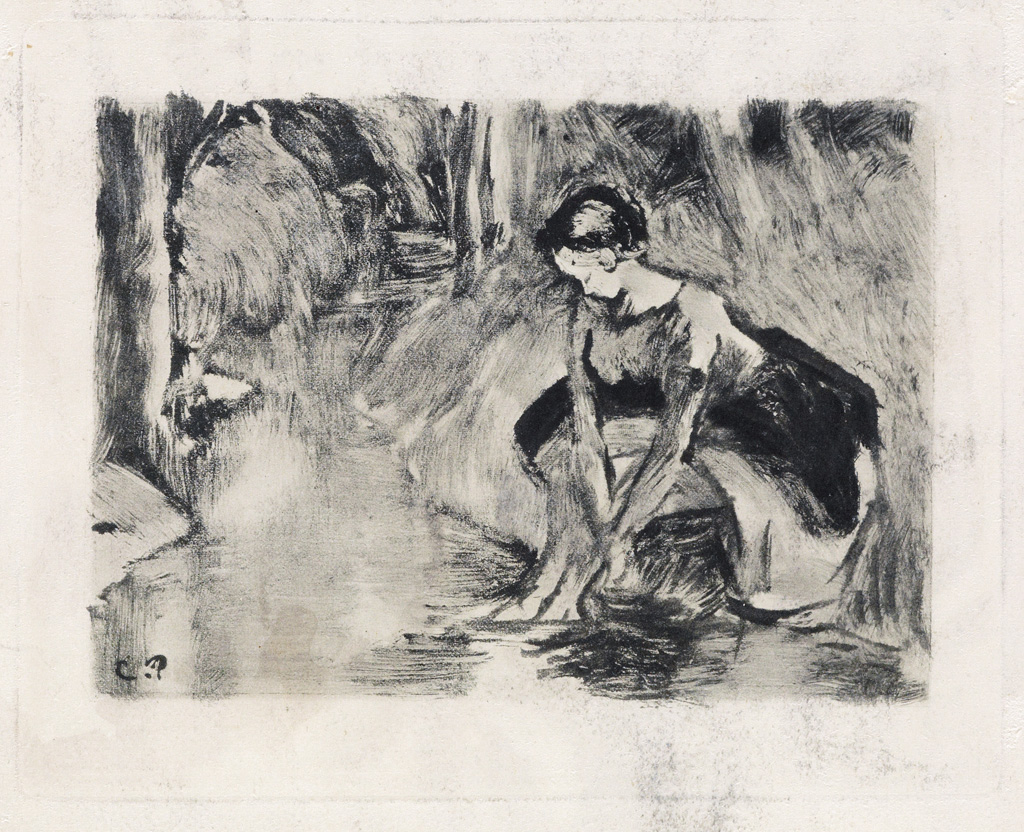