Notes from the Catalogue: Two Studies by American Artists

For collectors, a study can be a prized acquisition because it is both a work of art and a source of insight into an artist’s process. Our upcoming auction of American Art includes two studies by artists with very different styles–however, both pieces make for a fascinating look into the artists’ work and interests. 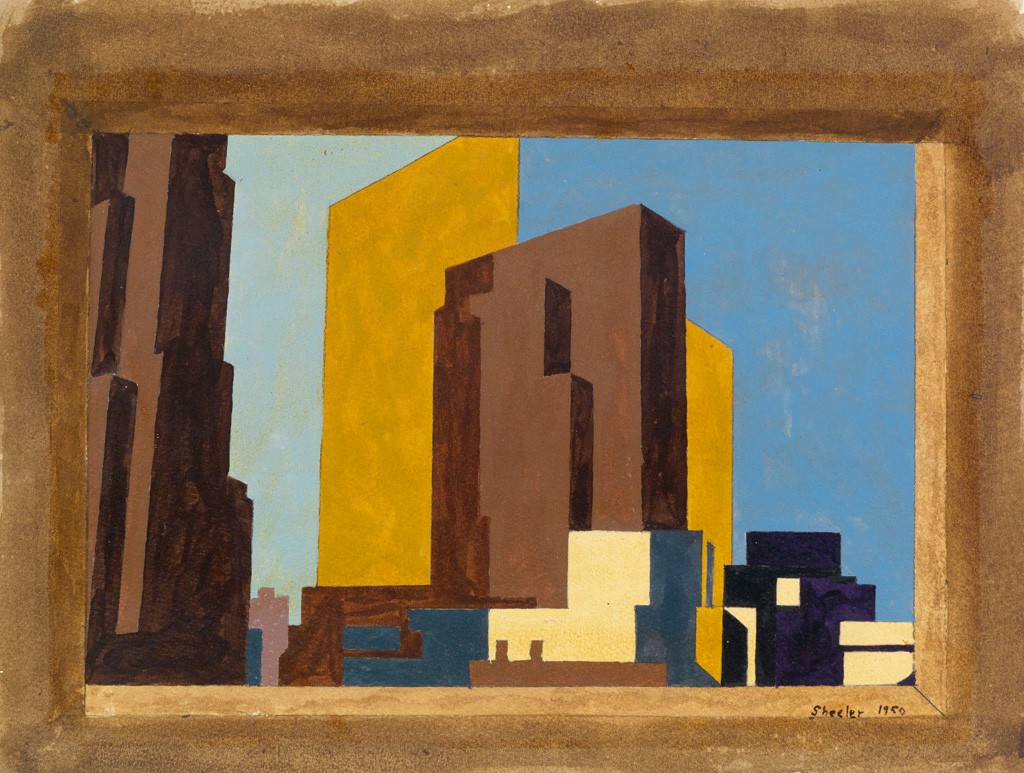 Charles Sheeler (1883-1965) was among the foremost early American modernist artists. Born and educated in Philadelphia, he was heavily influenced by Cubism after a visit to Paris in 1909. In the following decades, Sheeler became increasingly involved in the New York art scene, working with Alfred Stieglitz, exhibiting in important exhibitions such as the 1913 Armory Show and developing his Precisionist visual style.

This study (seen above) is characteristic of Sheeler’s work around 1950, which reduced objects and buildings to colorful, planar forms. The scene portrays an abstracted Rockefeller Center, with attention paid to the shadows on 30 Rockefeller Center (at left) and the International Building (center). Around this time, Sheeler both painted and photographed Rockefeller Center repeatedly. This study relates both to his oil painting of the same subject, New York No. 1, which is held in a private collection, and to his 1950 photograph, Rockefeller Center. 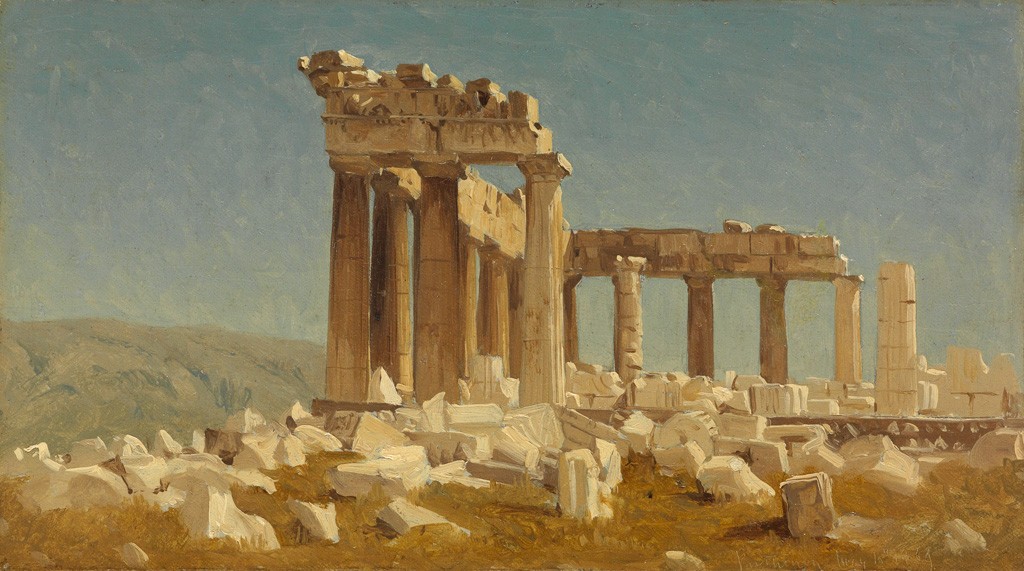 Sanford Robinson Gifford (1823–1880) was a second-generation Hudson River School painter, who carried on the landscape tradition of Thomas Cole along with contemporaries such as Frederic Church and Albert Bierstadt. In addition to memorializing American vistas, Gifford traveled to Europe to depict foreign scenery on two occasions, first from 1855 to 1857 and again from 1868 to 1869.

The recently discovered study included in our auction (seen above) relates to a painting of the same subject, Ruins of the Parthenon, in the collection of the National Gallery of Art, Washington, D.C. (Corcoran Collection, 2014.79.20). Gifford painted the ruins both en plein air and after sketches made during a visit to Greece in 1869. The Parthenon was largely destroyed in 1687 following a massive explosion, having been used as a gunpowder magazine by the Ottoman Turks. Restoration of the structure began in the mid-1970s and continues today.

To see more works by prominent American artists, including a pair of studies by Winslow Homer, take a look at our complete catalogue.

Guy C. Wiggins: An Impression of Winter in New York