Our October 22 auction of Autographs had a strong sell-through rate of 81%, and many of the top lots sold well surpassed their high estimates. Swann Galleries’ Autographs Specialist Marco Tomaschett said, “Many of the top lots came from a host of international musicians, artists, scientists and others, which reflects a shift of interest in the autographs market from Americana toward international items.” 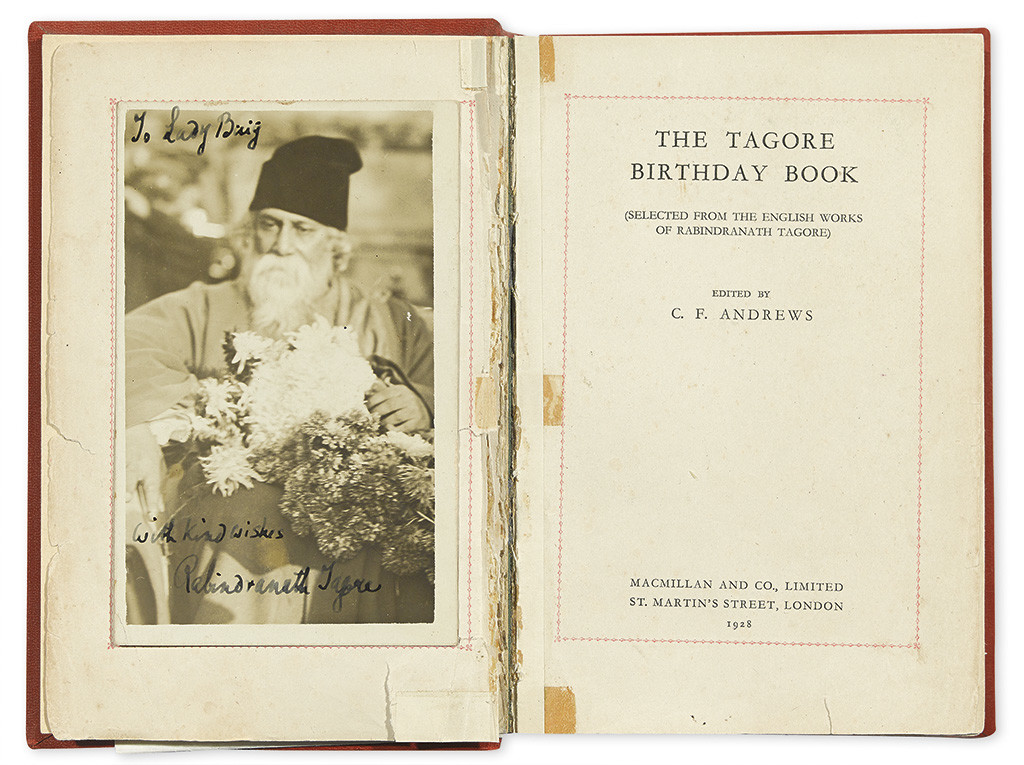 Lot 27: The Tagore Birthday Book with more than 80 Signatures or Signatures and Inscriptions, including Rabindranath Tagore, Churchill and Gandhi, each signed on their birthdate page. Sold October 22, 2015 for $30,000.

A fascinating copy of The Tagore Birthday Book eclipsed its high estimate of $5,000 and sold for $30,000 after competitive bidding. The book compiles more over 80 autographs of South Asian and British notables including Winston Churchill and Mohandas K. Gandhi. 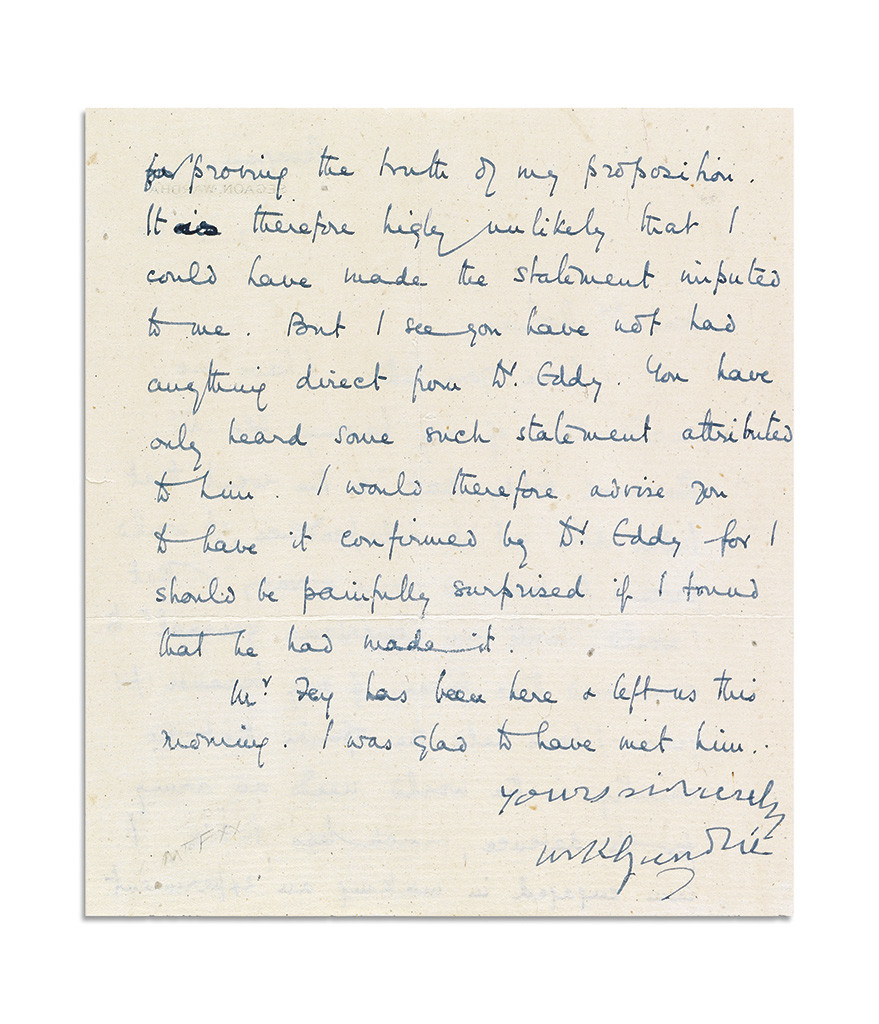 Lot 70: Mohandas K. Gandhi, Letter Signed to Dr. John Haynes Holmes, expressing shock at the accusation that he stated an Independent India should form an army, April 1940. Sold October 22, 2015 for $10,625.


There was a great deal of interest in this letter from Mohandas K. Gandhi dated from April 1940. In it, the Lawyer and Indian Independence movement leader firmly denies a claim made by Dr. Sherwood Eddy in Eddy’s 1940 book I Have Seen God Do It, that Gandhi made statements which contradicted his pacifism. 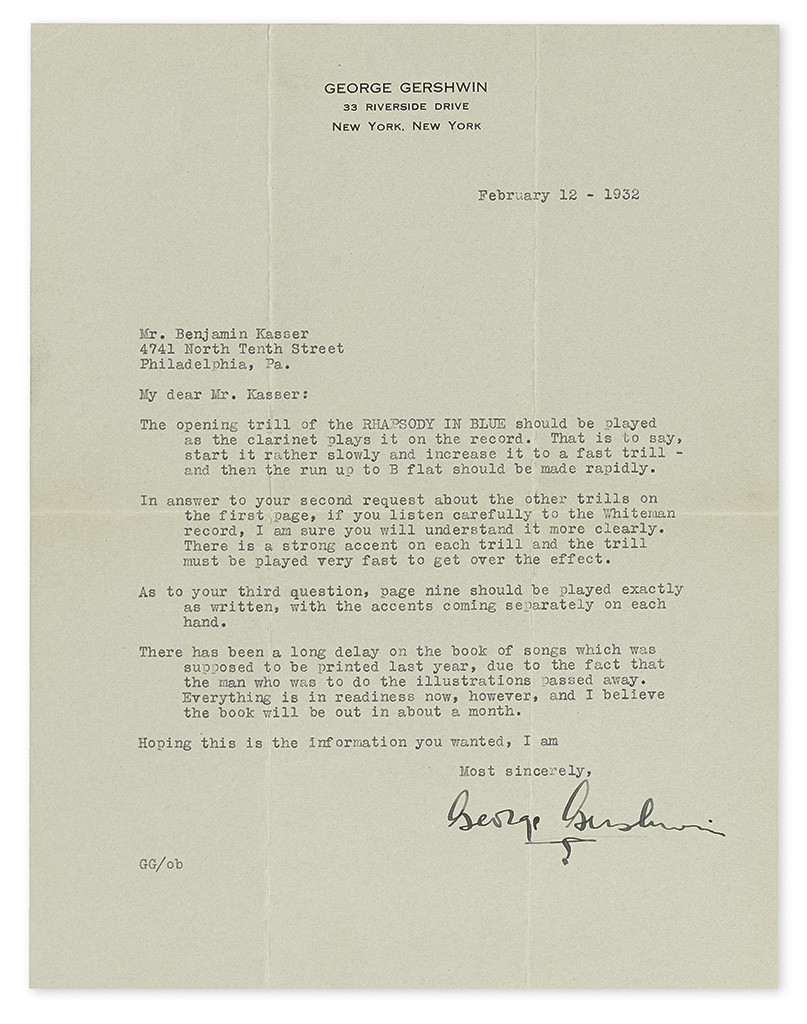 Lot 251: George Gershwin, Typed Letter Signed to Benjamin Kasser concerning the clarinet parts in Rhapsody in Blue. Sold October 22, 2015 for $27,500.
Items relating to prominent musicians performed well in the sale, including this letter from American composer George Gershwin, and the Signed and Inscribed photograph of Tchaikovsky pictured below. 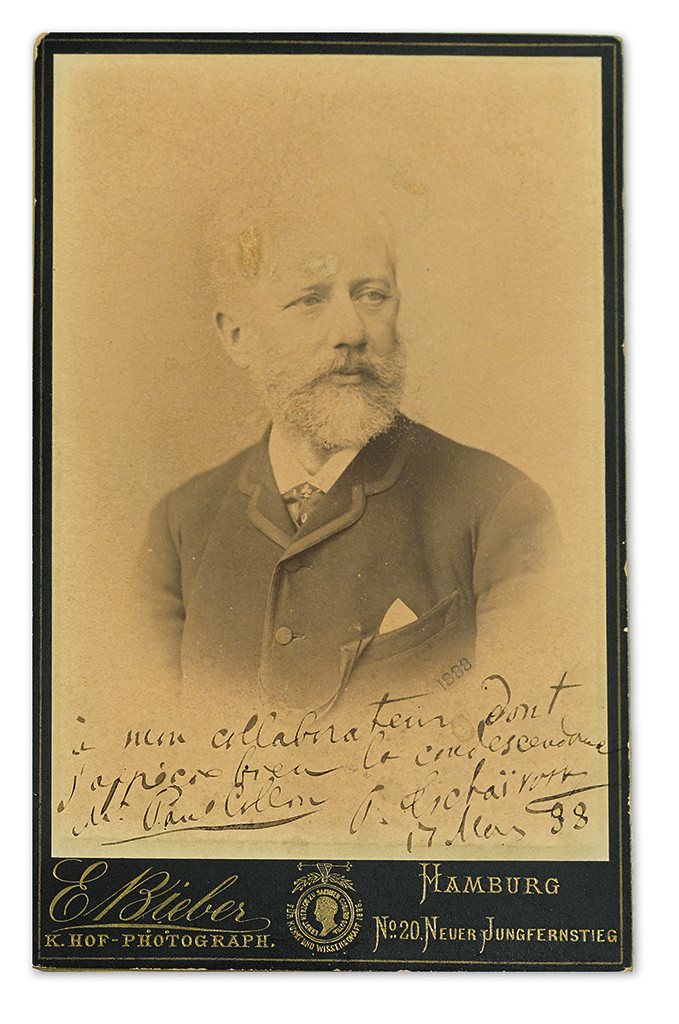 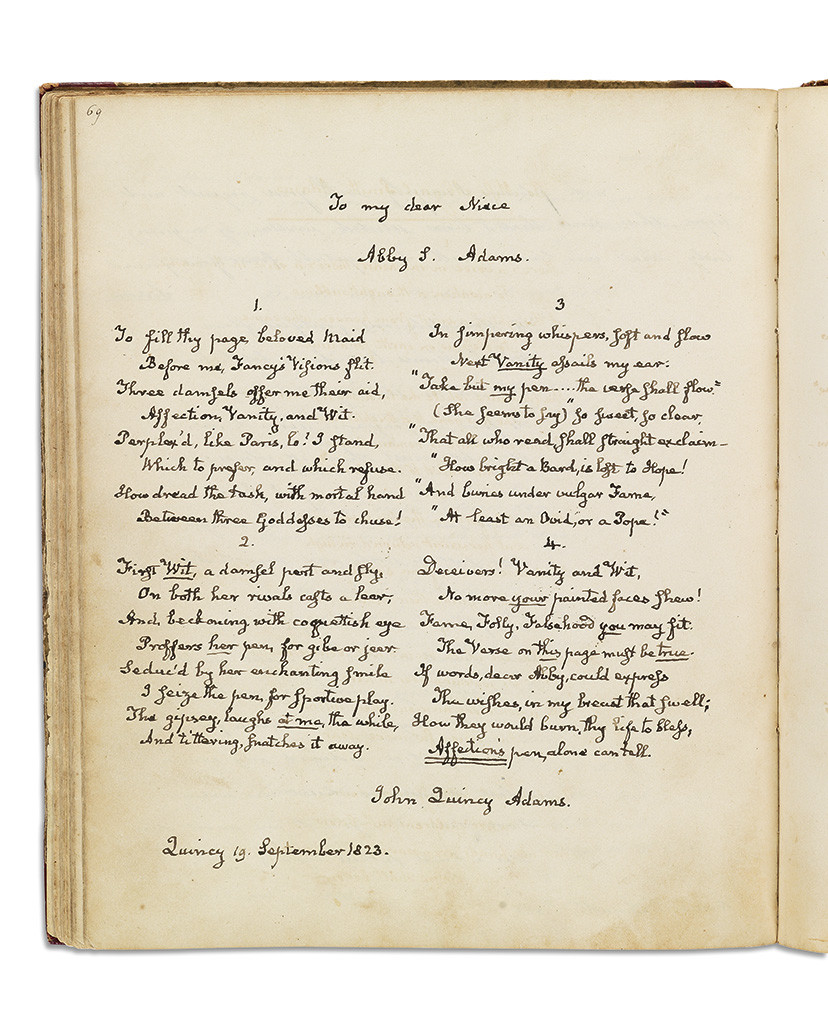