Specialists in the Field: The Type Speaks 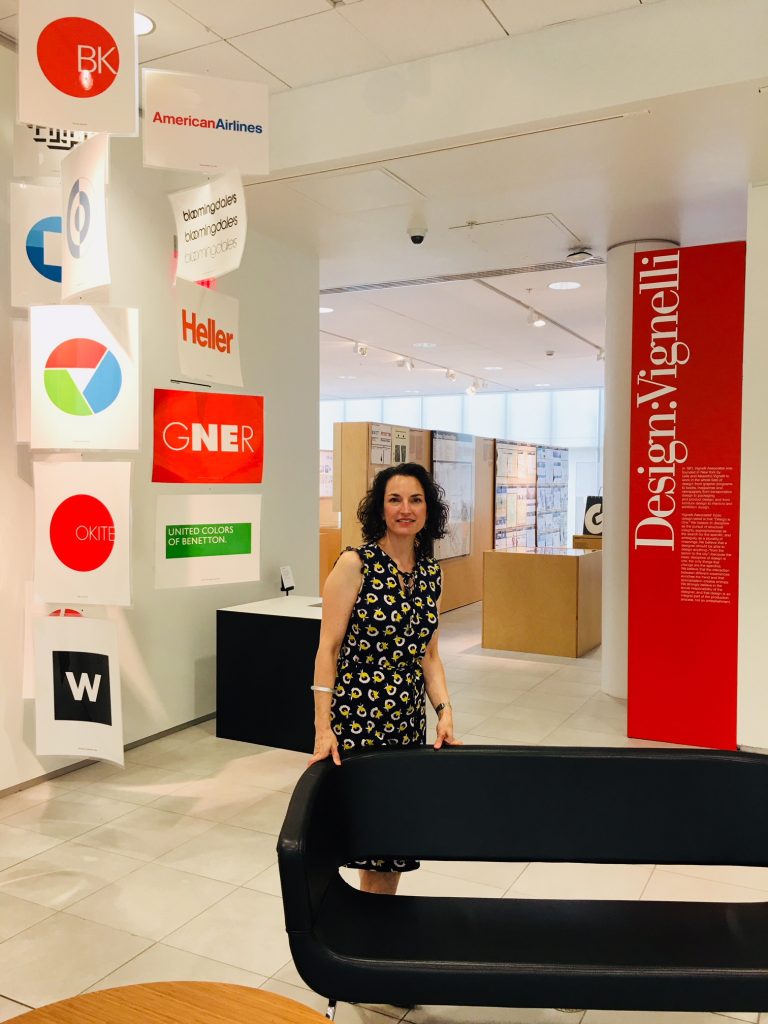 Christine von der Linn at The Vignelli Center for Design Studies in Rochester.

The Vignelli Center for Design Studies

Josh Owen, who is an Associate at The Vignelli Center for Design Studies as well as a Professor and Chair of the Industrial Design Department at the Rochester Institute of Technology, was our personal tour guide through their archives and permanent exhibition, which were formed by groundbreaking designers Lella and Massimo Vignelli. Some of the Vignellis’ most recognizable projects include corporate identity campaigns for Bloomingdale’s and American Airlines, catalogues for Knoll, and the original signage and map for the New York City subway system. 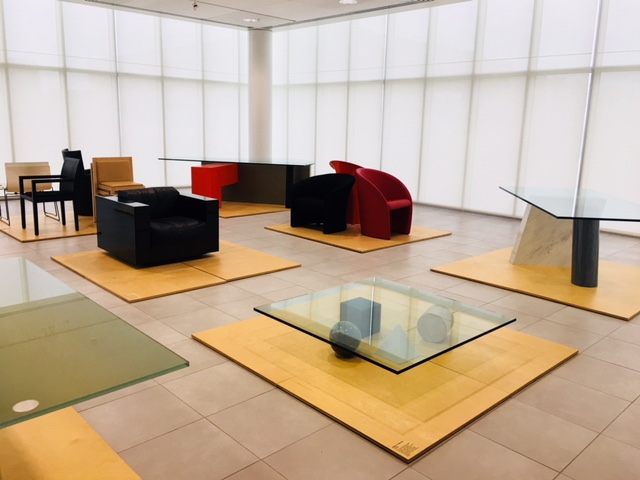 Vignelli-designed furniture in The Benetton Galleries. 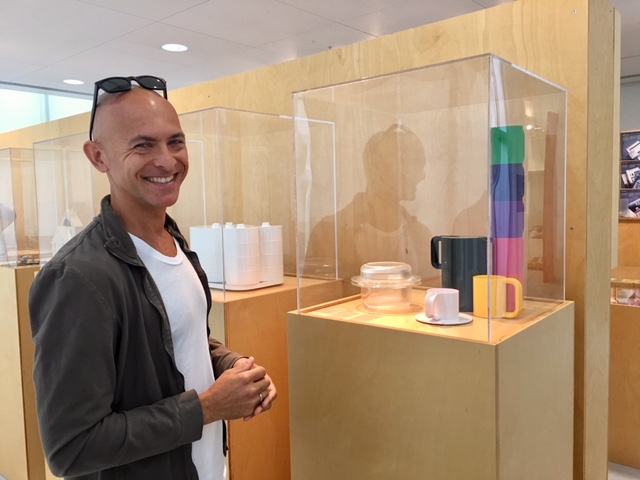 Professor and Chair of the Industrial Design Department Josh Owen with stacking cups, designed by Vignelli for Heller.

Vignelli’s stacking melamine cups became famous. Introduced by Alan Heller, the American line of cups can be distinguished from the original Italian version by their handle; the Italian design has an elegant open curve at the top of the handle, while the American design does not. Alan Heller suggested the curve should be closed, for fear that Americans, who liked to fill their cups to the brim, could potentially drench or burn themselves. Examples such as this one help facilitate conversations about design philosophy and function in the Industrial Design Department at RIT. 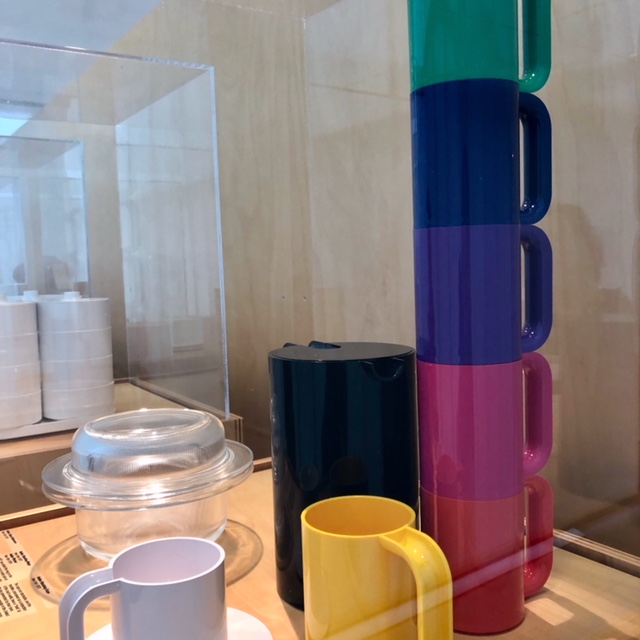 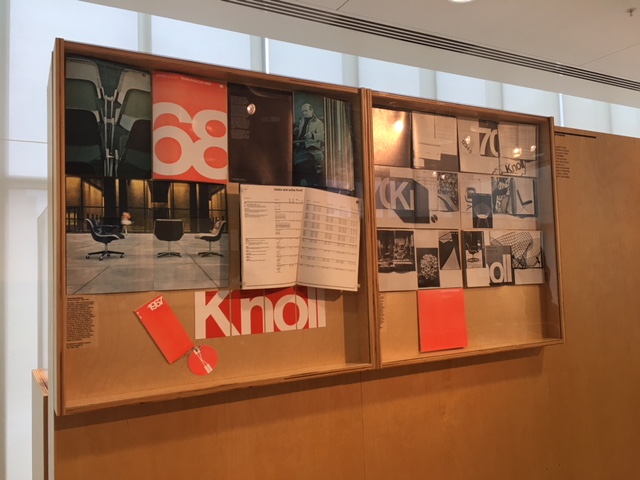 The Cary Graphic Arts Collection is one of the world’s premier libraries of graphic communication history and practices. Curator Steven Galbraith showed us artifacts that spanned 550 years of printing history, including Cuneiform Tablets, leaves from the Gutenburg Bible, fine press books and modern bindings. 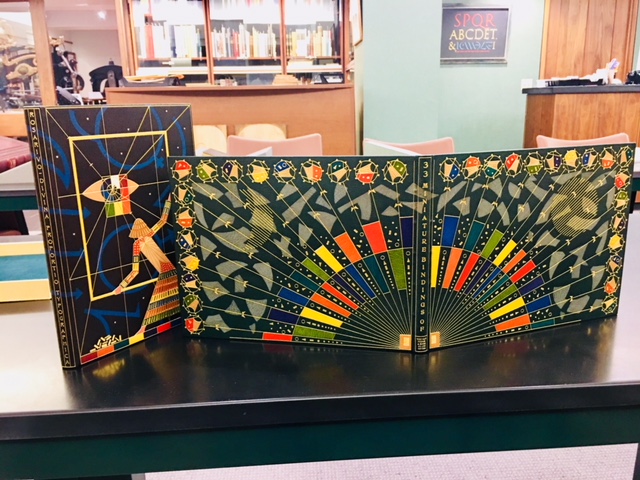 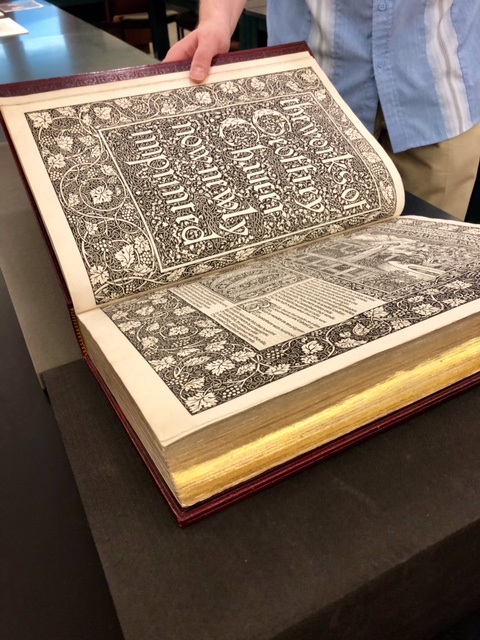 Among their fine press books is a stunning copy of the Kelmscott Chaucer–widely considered to be one of the most beautiful books ever produced–printed by William Morris, father of the English Arts & Crafts movement. Not only does the library own the book, they also possess the original Albion printing press by Hopkinson & Cope, on which the masterpiece was created in 1896. After the press left England, it was owned by Frederic W. Goudy, great American printer and type designer, and Melbert B. Cary, the collection’s namesake printer and donor, before being passed on to two other printers. The library won the highest bid when it came up for auction in 2014, acquiring this historical gem to add to its Arthur M. Lowenthal Memorial Pressroom, which houses active historical printing presses. 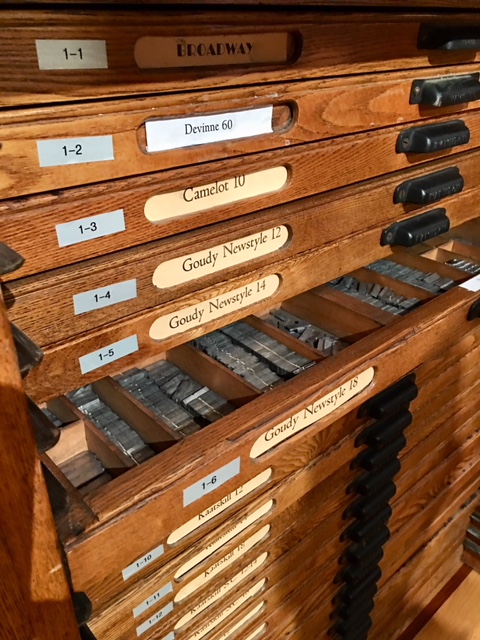 “Stamped in an instant, preserved for eternity”

I tried my hand at printing a broadside on a mid-19th century American press. Titled The Type Speaks, it was first created by Goudy in 1931 in his workshop using his own typefaces. Its sentiments reflect the everlasting power of the printed word “stamped in an instant, preserved for eternity” and encapsulates the spirit of the Cary Collection. 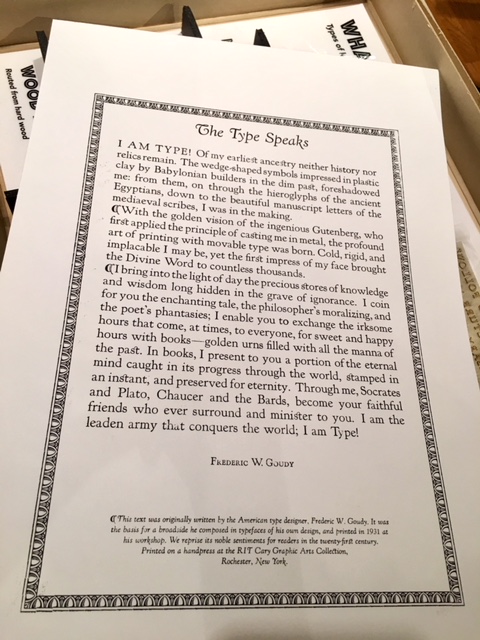 The Vignelli Center for Design Studies  and the Cary Graphic Arts Collection are open to the public and by appointment.

The next auction of Fine Illustrated Books & Graphics will be held in Spring 2019.

A Look Inside the Catalogue: Photographs & Photobooks

A Look Inside the Catalogue: Rare & Important Travel Posters