This fall at Swann, we continue our tradition of offering a spectacular selection of original New Yorker covers and cartoons. The cover of the New Yorker is one of the most recognizable cultural icons of the twentieth century. So important is cover art to the identity of the magazine that to celebrate their 90th anniversary in 2015, they published nine covers in one week. 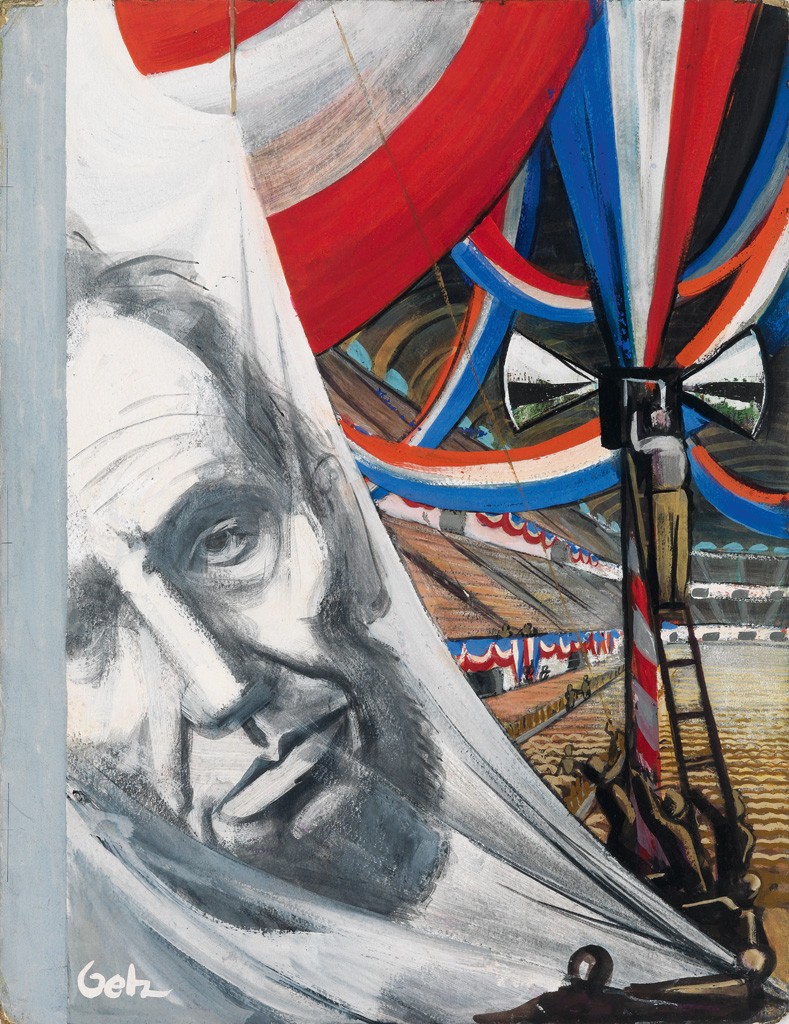 From our Illustration Art Specialist, Christine von der Linn: “The desire to own a physical piece of the city zeitgeist drives collectors to seek out these little gems of illustration art. Interest continues to grow with each sale we hold, as do the prices for covers by the most sought-after illustrators such as Constantin Alajalov, Peter Arno, Arthur Getz, Ilonka Karasz, William Steig and Saul Steinberg.” 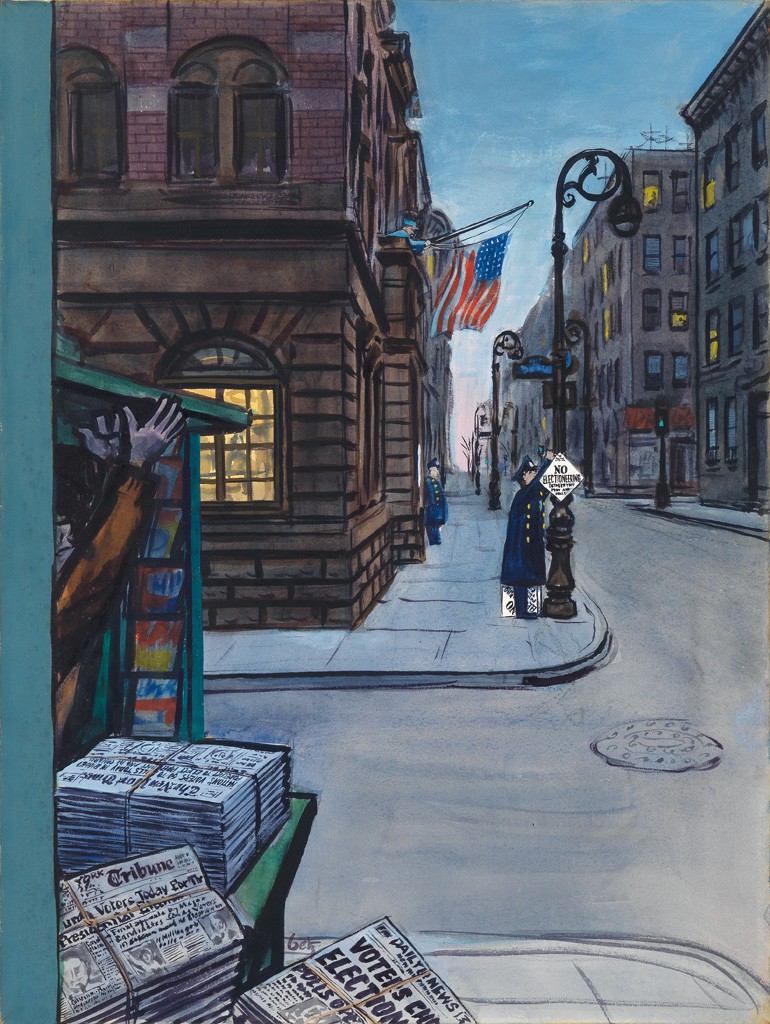 In the current sale is an especially meaty run of political covers, just in time for the 2016 presidential election. Beginning with Arthur Getz’s Lincoln Banner, 1948 Republican National Convention, the political covers trace the tumultuous history of national elections with snarky poise. Further Getz covers include Election Morning, 1952, and Voting Booth, 1962. 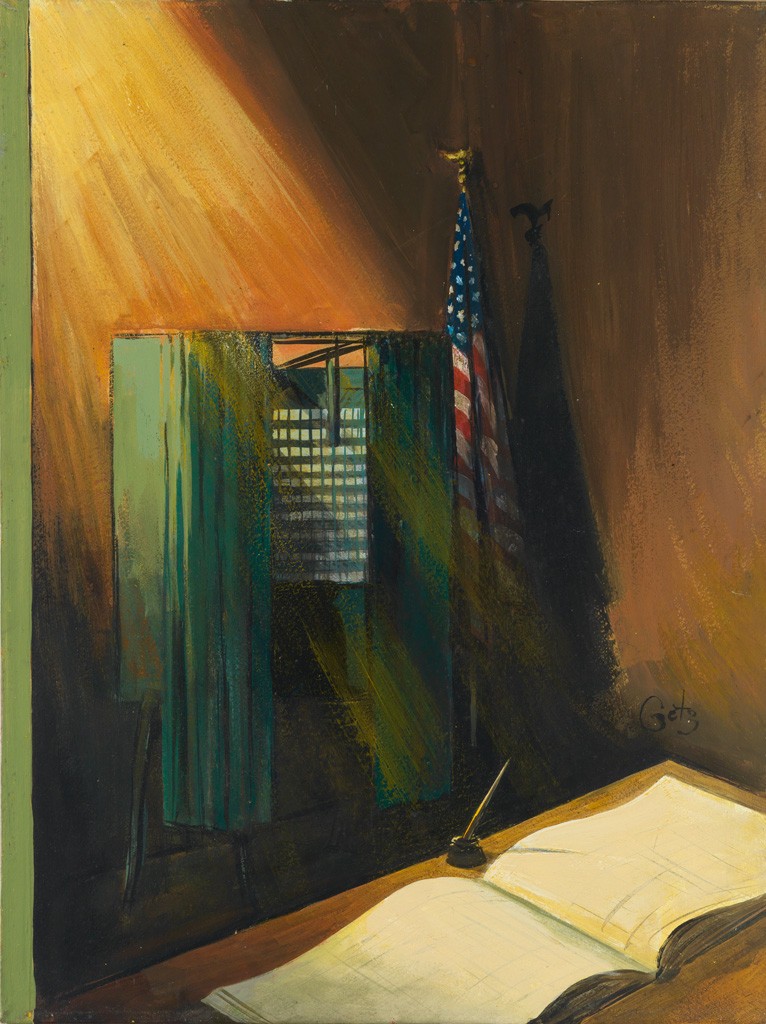 The earliest New Yorker cover on offer is a study for Leonard Weisgard’s Horse Races, circa 1937. In this cover, close to the launch of the magazine, the iconic stripe at the left edge of the cover is much thicker than in later iterations. The strip is there to make room for the binding. 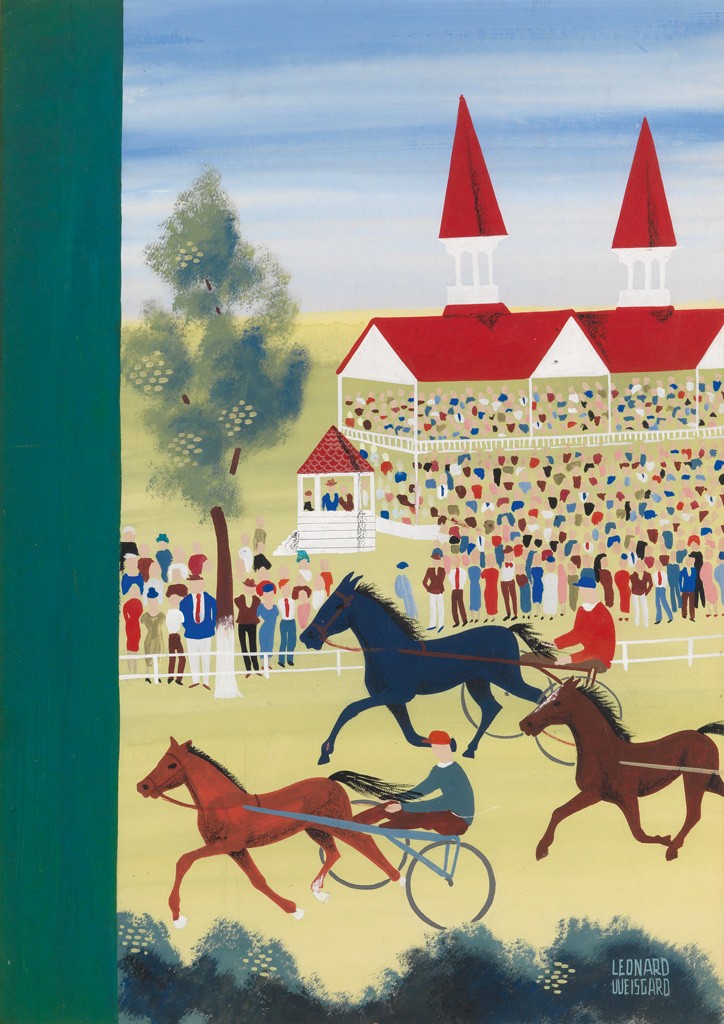 Twenty years later, a variation of the theme comes in the form of Ready to Run, a bright and cheery 1956 cover by Ilonka Karasz. 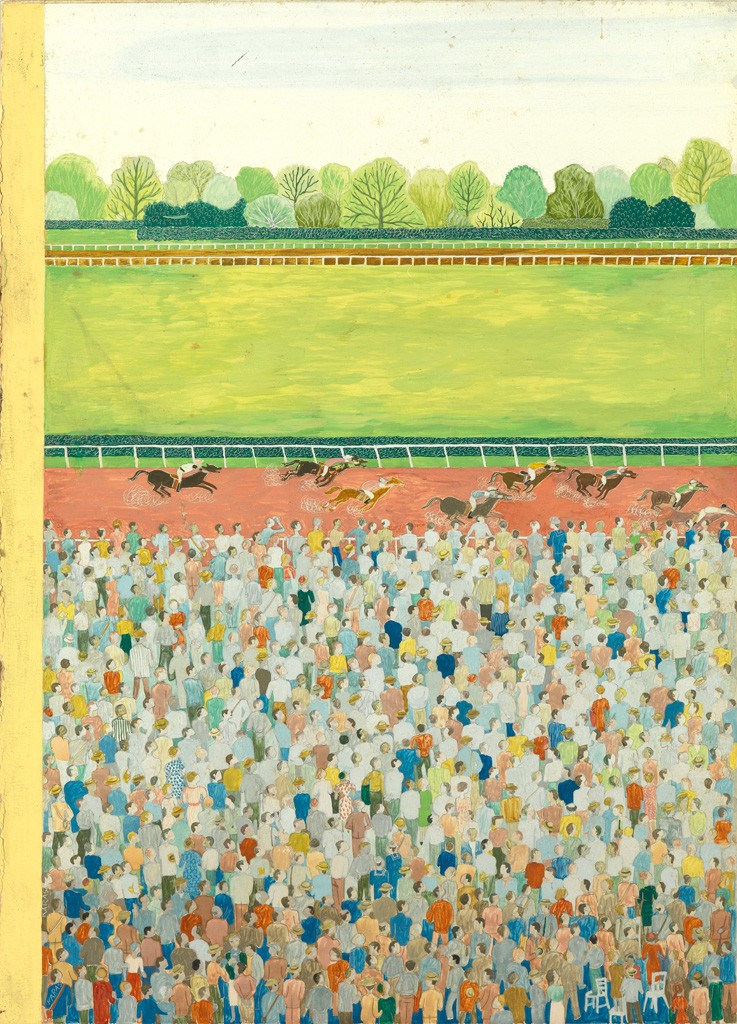 Covers with poignant cultural observations depict more than horse races: Laura Jean Allen’s 1973 cover, Metropolitan Opera in the Snow, shows the current opera season highlights. In the published version, Tosca is replaced by La Bohème to fit the January 1973 opera schedule, and the people have been removed. 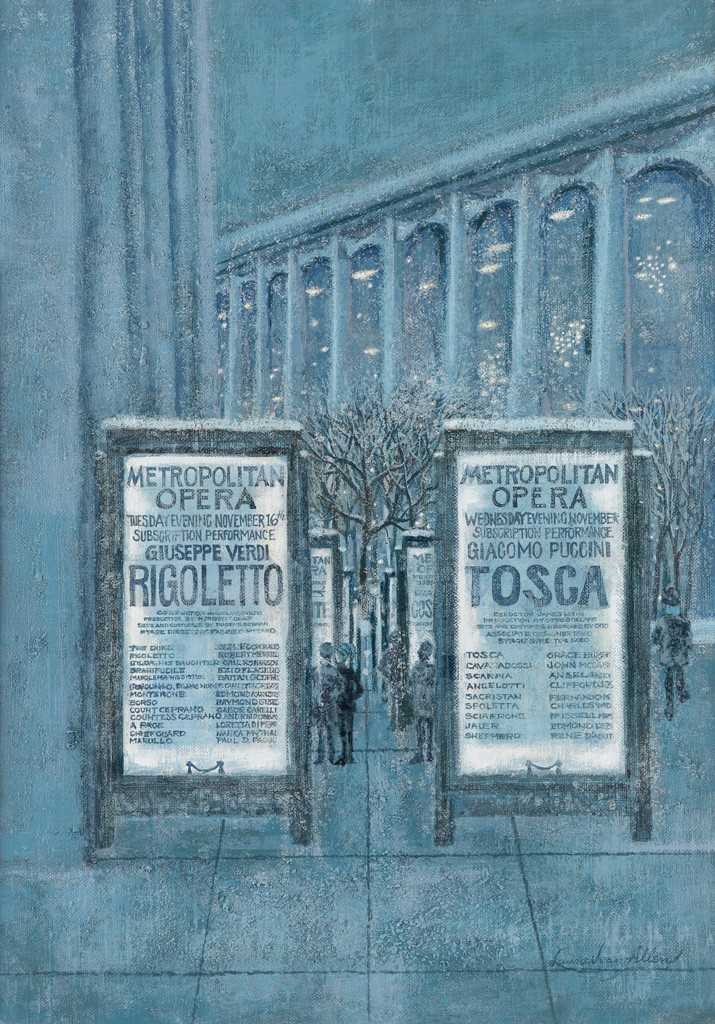 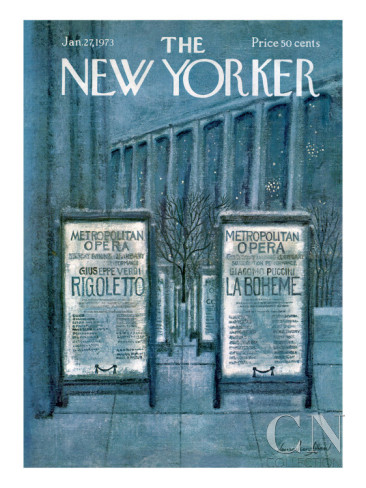 Be sure to check out The New Yorker section of the sale, and join us for Drawing Sides: A Timely Conversation on Political Cartoons, an evening with cartoonists Lee Lorenz and Edward Sorel on September 26. 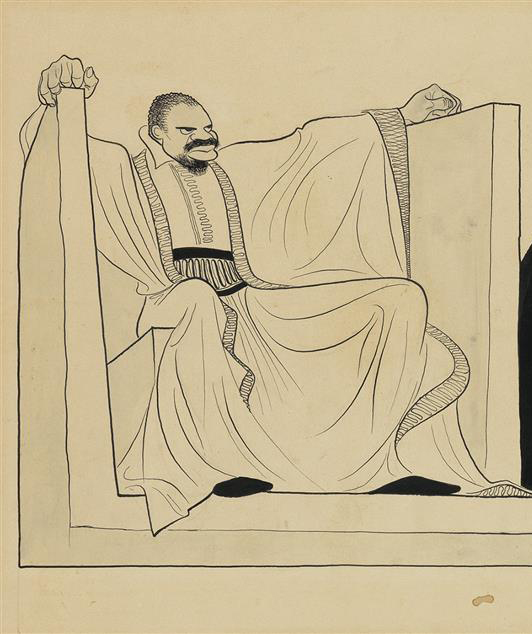 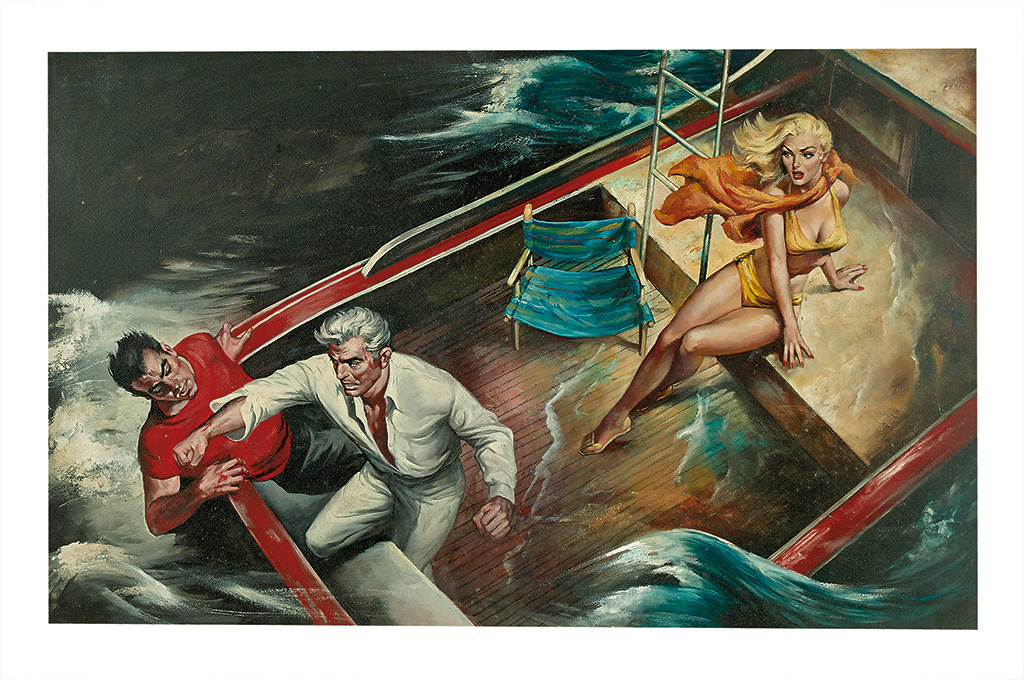