On Tuesday, March 21, we held our spring auction of Illustration Art. The biannual sale offers original works of art intended for publication; it finished with an 83% sell-through rate, and many works exceeded their high estimates. 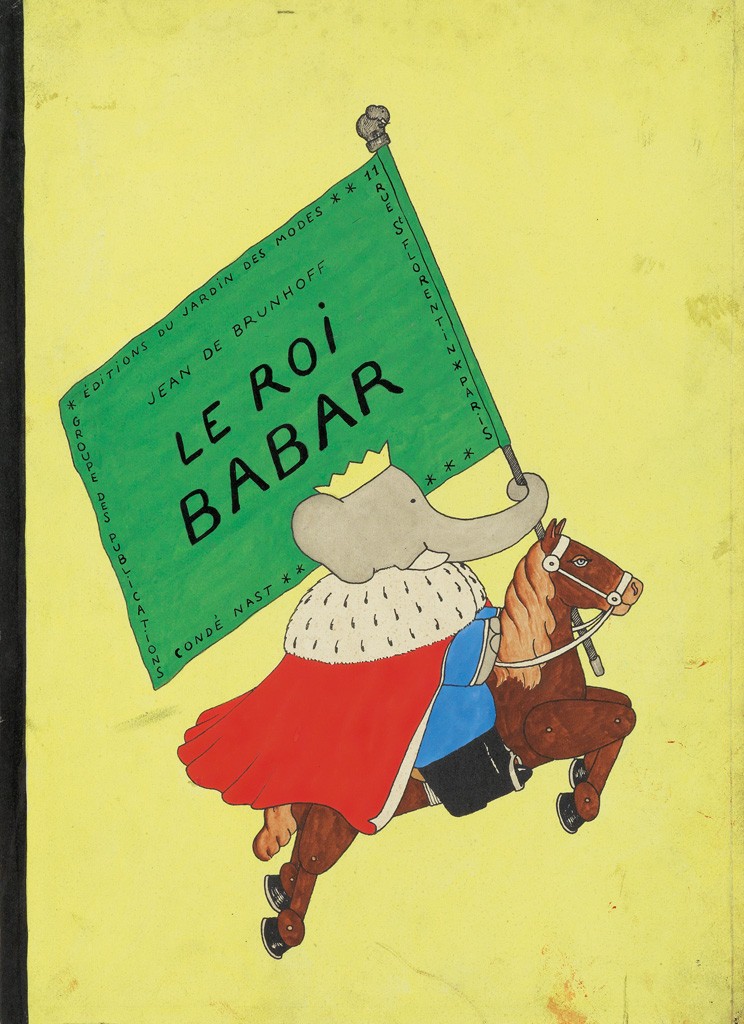 The top lot of the sale was the original watercolor for the cover of the first French edition of the third Babar book, Le Roi Babar, 1933, by Jean de Brunhoff. It was purchased by a collector for $40,000. A watercolor by de Brunhoff’s son Laurent, who carried on the Babar series after his father’s death, was also sold; Babar dans l’Île aux Oiseau, 1969, reached $7,000. 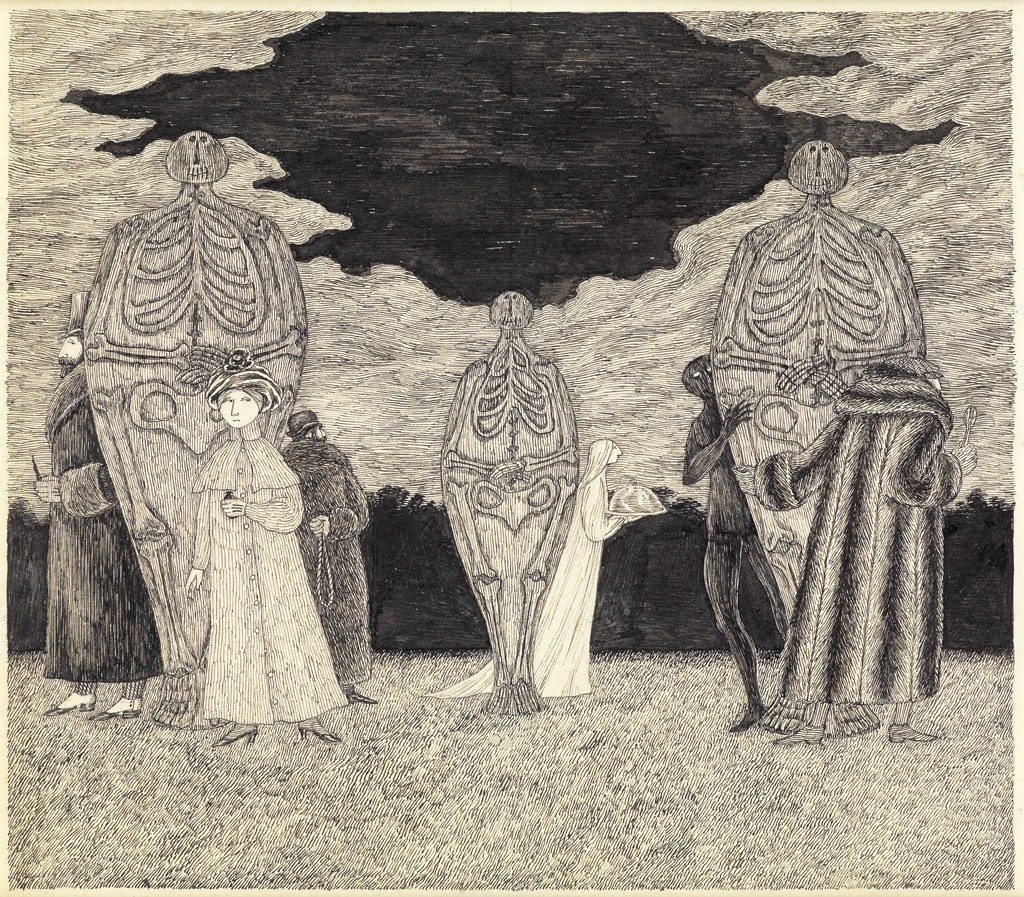 Skeletons and Hiding Figures achieved the highest hammer price for a work by Edward Gorey in the last 12 years; with the buyer’s premium, it sold for $18,750. With a dozen original works, the auction offered the largest selection of works by Gorey in a single sale to date. Further highlights included a watercolor, pen and ink drawing of Mr. Earbrass, 1970s, purchased by a collector for $11,875. 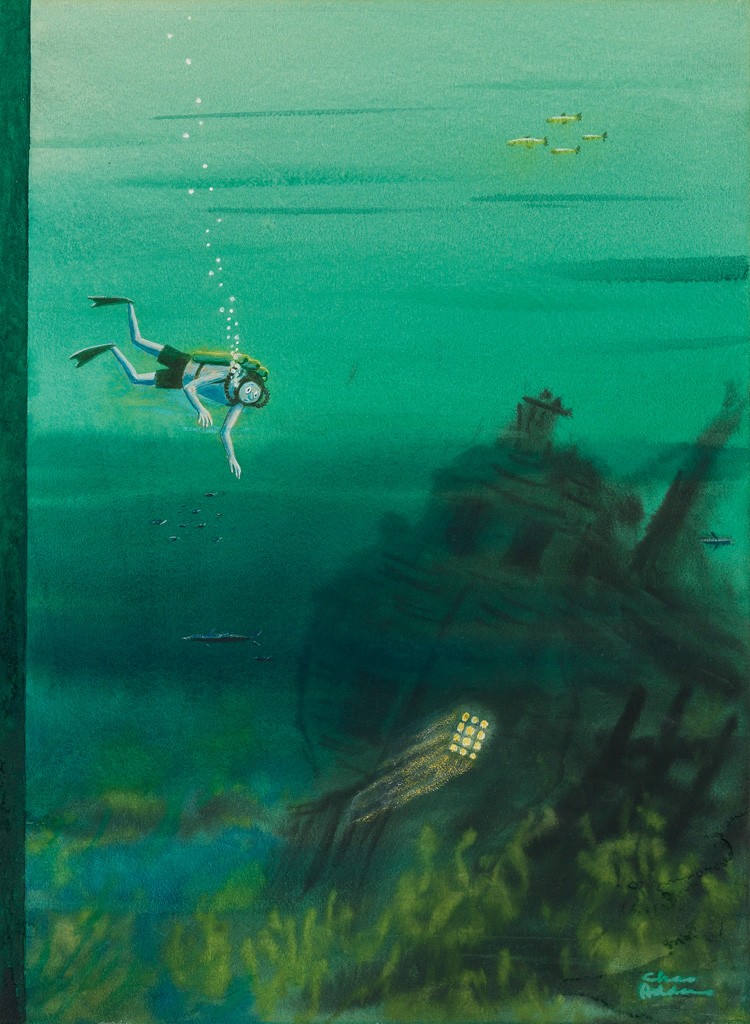 The sale featured five works by Charles Addams that came from the Charles & Tee Addams Foundation and had never previously appeared at auction. The run was led by a 1957 gouache and watercolor cover for The New Yorker, titled Scuba Galleon, and a cartoon for the same publication titled Z Line Subway, into which Addams had snuck three characters from his popular show, The Addams Family (each $16,250). Another highlight from the selection was Addams Family Barge, a 1984 advertisement for Mobil Oil that featured the entire freaky family, including the Pugsley’s pet octopus Artistotle and Thing, as Addams had originally conceived him ($14,300).

Two original Peanuts comic strips by Charles Schulz each surpassed their high estimates. A rare early depiction of Snoopy in Here comes the big Polar Bear stalking across the snow!, 1957, was purchased by an institution for $12,500. Snoopy in his more familiar form also starred in the 1974 pen and ink strip Mister Sensitive, which reached $11,875. 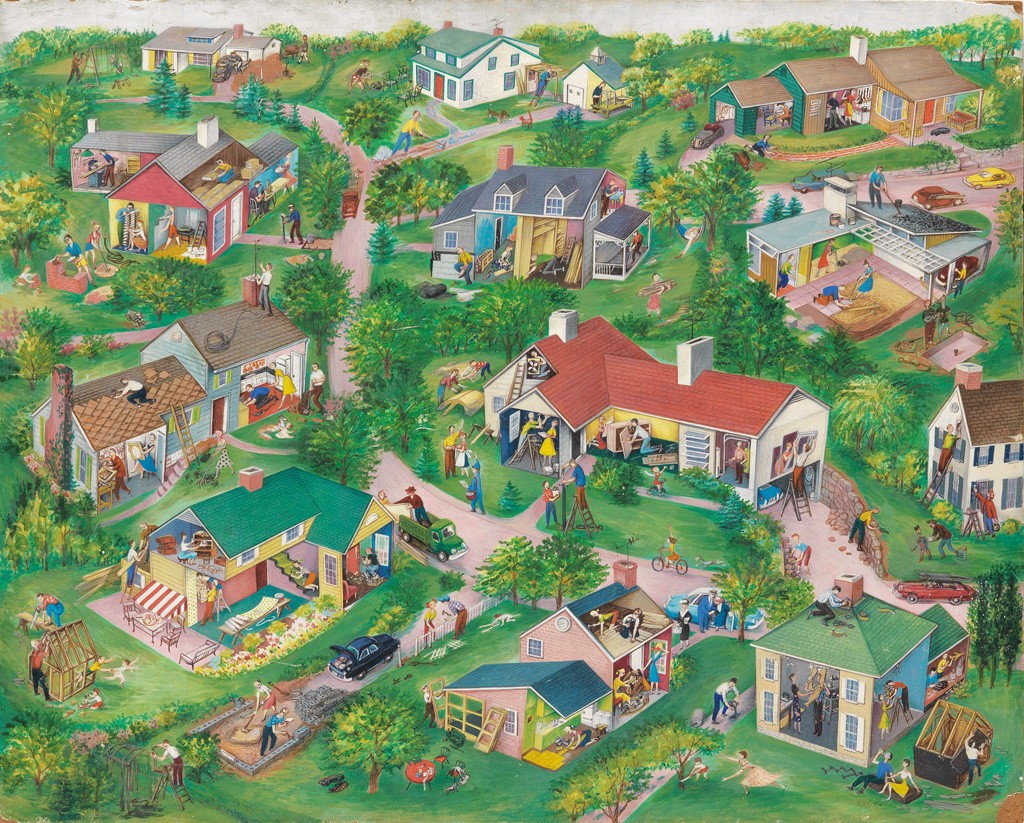 A mesmerizing undated egg tempera painting by Lucille Corcos titled Weekend Chores broke the artist’s previous auction record to sell for $10,000. Another record went to John C. Damron for his 1946 oil painting Pet Store, which flew past its high estimate of $1,200 to sell for $5,460. 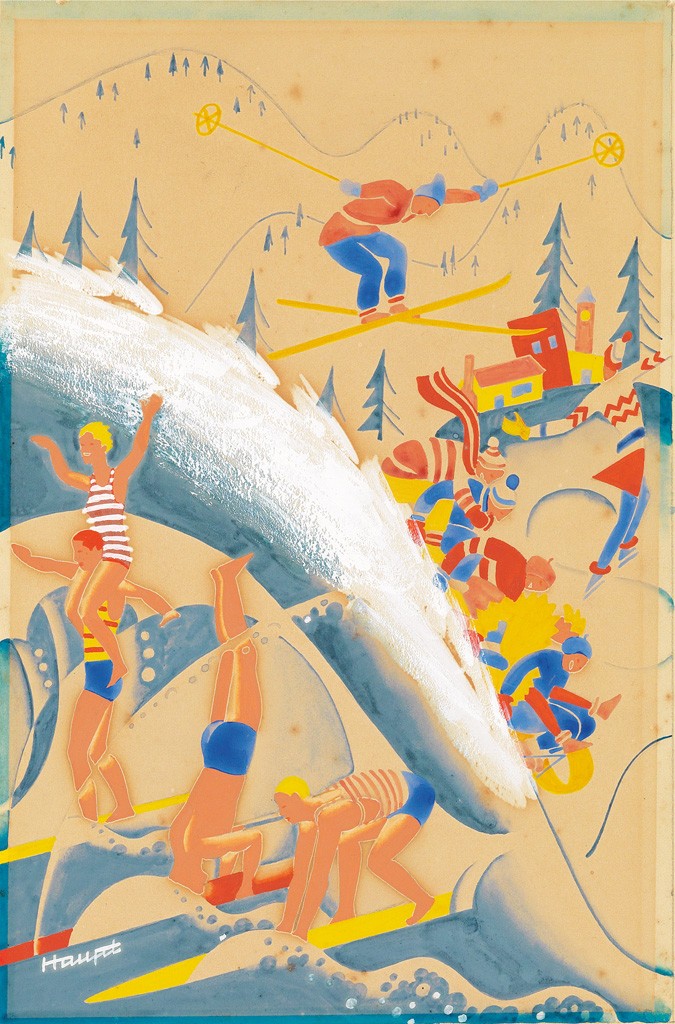 As is customary for Illustration Art sales at Swann Galleries, there was a robust section of covers and cartoons for The New Yorker. 96% of the 25 offered lots found buyers, surpassing the high estimate for the section by over $10,000. Available works spanned the lifetime of the publication, the earliest being Summer and Winter Activities, a gouache cover by Theodore Haupt published in 1933, which broke his previous auction record to sell for $1,300.

The next sale of Illustration Art at Swann Galleries will be held October 11, 2017. To consign quality materials, read our FAQ and contact Christine von der Linn. 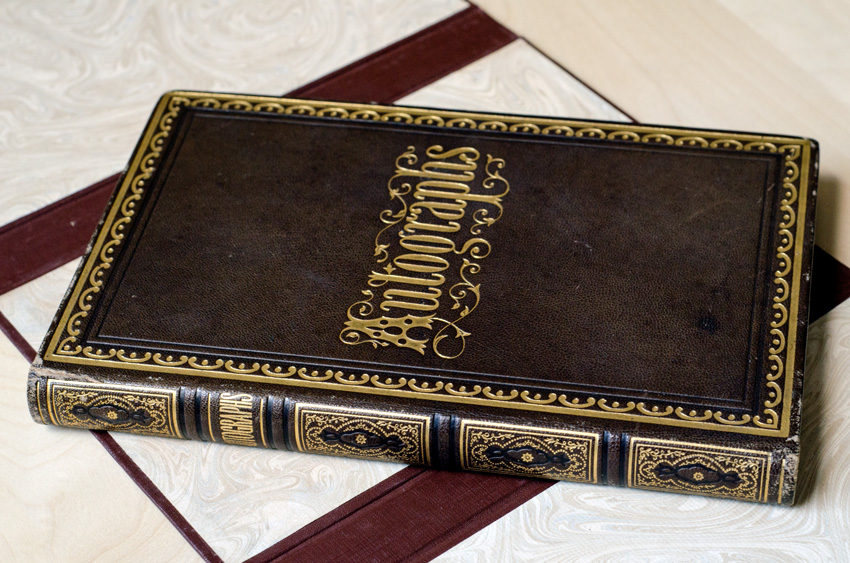 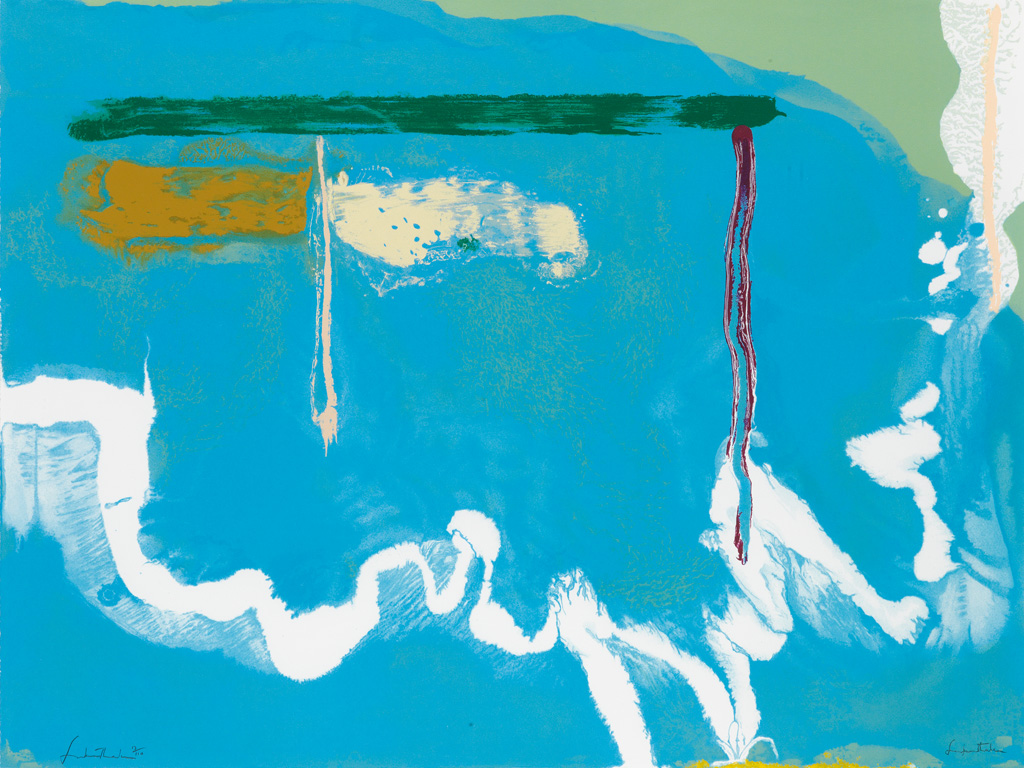