“The importance and legacy of Al Hirschfeld’s theater portraits lie in that Hirschfeld gave us nearly a century’s eyewitness record of a very elusive art form,” notes specialist, Christine von der Linn. “With his quick, precise lines, he depicted a live moment, capturing the stars’ mannerisms and the soul of each performance. These visual recordings have become essential resources in the history of the American stage.”

On June 4 our Illustration Art sale features a selection of Hirschfeld’s Broadway portraits that were published in The New York Times.

The 1940s staging of Shakespeare’s Othello starring Paul Robeson was the first time an American production of the play cast a black actor in the titular role with a white supporting cast. Hirschfeld’s drawing captures this groundbreaking moment with a stony-faced Robeson poised upon Othello’s throne. It is the only portrait of the actor by the “characterist” and was published on August 9, 1942, with details of the play’s touring schedule.

Othello opened on Broadway on October 19, 1943. With 296 performances and a national tour, the revival still holds the record for the longest-running Shakespeare revival in Broadway history.

Also featured is Uta Hagen as Desdemona, José Ferrer as Iago, and Margaret Webster as Emilia.

The drawing was recently on display at the New York Public Library for the Performing Arts at Lincoln Center as part of its special exhibition, The People’s Theater: Celebrating 75 Years of New York City Center, which recently closed its run from October 23, 2018 to March 2, 2019.

In this scene from The Merry Widow, Hirschfeld depicts Marta Eggerth’s Sonia and Jan Kiepura’s Prince Danilo in a lively dance scene. The illustration was published on August 15, 1943. The operetta by Franz Lehár with choreography by George Balanchine opened at the Majestic Theatre on August 4, 1943 and ran for 322 performances.

Also featured is Lubov Roudenko, Milada Mladova and Chris Volkoff as they dance the Can-Can, Ballet and the “Merry Widow Waltz.”

Along with Paul Robeson as Othello, this illustration was also featured in the exhibition The People’s Theater: Celebrating 75 Years of New York City Center.

Great to Be Alive!

Great to be Alive! was a short-lived musical comedy that ran for 52 performances on Broadway at the Winter Garden Theatre. The musical farce features an elderly bachelor who lives in a haunted house and is entertained by ghosts who can only be seen by virgins.

For more in our June 4 sale, browse the full catalogue or download the Swann Galleries App.

Notes from the Catalogue: Lewis Evans

An Introduction to the Catalogue by Eric Marcus 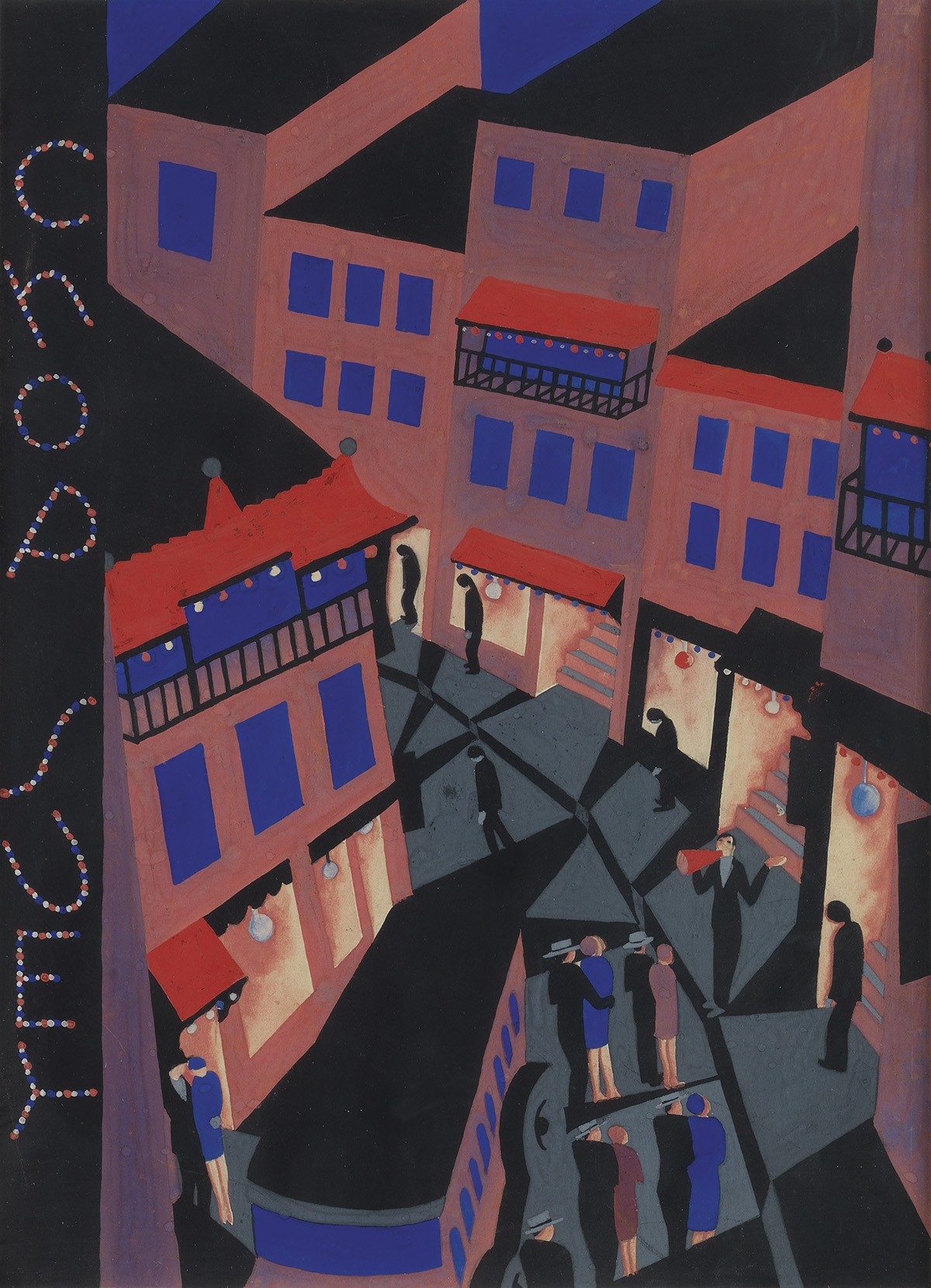