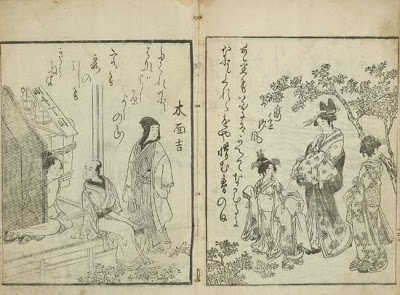 Environmental disasters, both natural and manmade, have defined much of Japan’s last century. With the 24-hour news cycle, the most recent tragedies to beset this island nation are impressed upon our minds, as both professional photographers and anyone with a cell phone camera constantly uploaded images moment by moment during the earthquakes and tsunami. With tragedies of the not so distant past, including World War II and the atomic bombings, the photographs released were a horrific chronicle of tragedy. Yet the release of pictures was slower, and thus, each image more potent than the last. 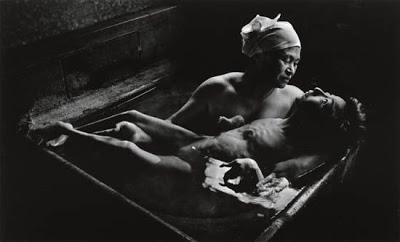 W. Eugene Smith’s Minamata—Tomoko and Her Mother (Japan), captures the raw moment of a mother bathing her disabled daughter who suffered from “Minamata disease.” Between 1932 and 1968, mercury was released into the water (and, by extension, the fish population used for food) by a local factory. By the time Smith and his wife Aileen arrived, thousands were affected. To Smith, whose photographs, essays and articles were specifically crafted to bring attention to this historical event, “Photography is a small voice. I believe in it. If it is well conceived, it sometimes works. That is why I and also Aileen photograph in Minamata.” 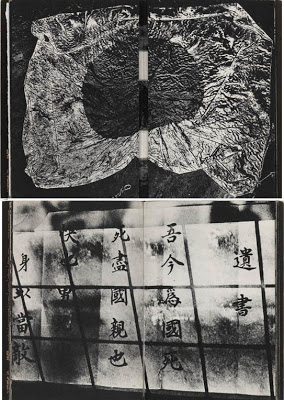 Widely touted as one of the most highly-regarded photobooks, Kikuji Kawada’s The Map, was published 20 years to the day after the bombing of Hiroshima, on August 6, 1965. Kawada’s photographs portray the cultural clash between the East and West—scraps of metal, remnants of fortifications, Coca-Cola ads, TV sets and stains on the ceilings and walls of Hiroshima’s Atomic Bomb Dome. While none of the expansive double gatefolds actually depict a map, each serves as a reference, a question, a detail that might  move the viewer towards closure—or at least acceptance—of a Japan firmly entrenched in a new globalism. “We are adrift in an era without courage, ambition, action, or even beautiful memories,” Kawada writes, using both Japanese and English. “Ask! Today, where is our map? Where is our vision and our brilliant order?” 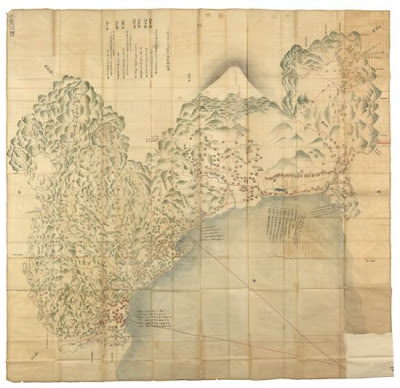 Early views of Japan, including a map of Suruga Province, circa 1716-35, with details of villages, calligraphic notations on the local economy, and an inspiring depiction of Mt. Fuji, are also included in the June 2nd Maps & Atlases auction. The map served as an economic report to the Shogun, providing details of agricultural and natural resource production to aid in determining taxation of the daimyo—feudal Japanese warlords who served under his rule. 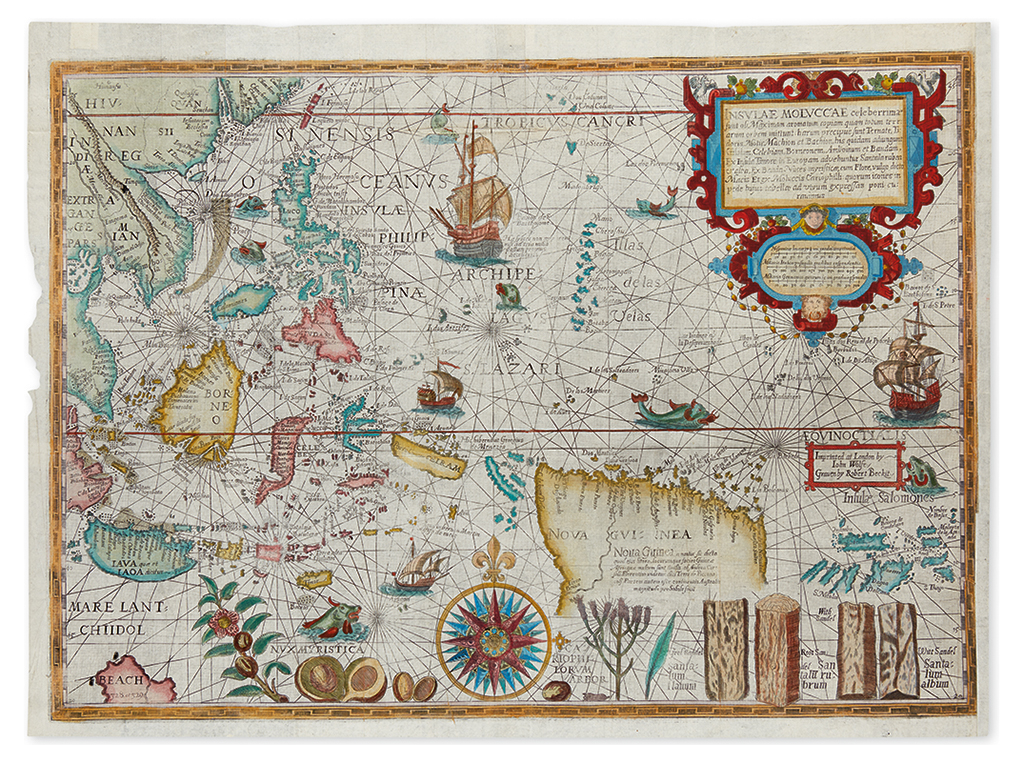