London As It Was: Boys’s Book Is A Glimpse Into History

Coming in our December 8 sale of Maps & Atlases, Natural History & Color Plate Books is Thomas Shotter Boys’s magnum opus, Original Views of London As It Is. The folio of 26 hand-colored lithographs played a key role in changing the prevailing popular opinion that only sweeping natural views had art historical merit. Boys’s atmospheric urban scenes conveyed all the drama and majesty of a mountain vista. 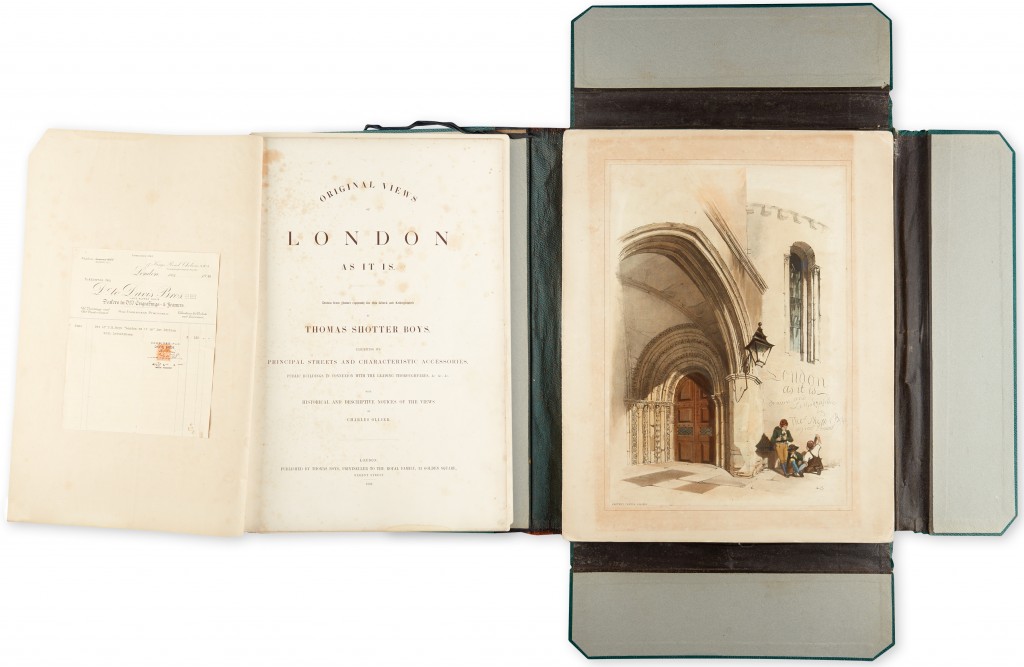 The deluxe edition, the rarest and finest of the three published forms, is mounted on thick card paper and boasts exceptional colors. Some members of our staff expressed surprise at the bright colors leaping off the page, saying “I thought nineteenth century London was dark and gray!” Not so. 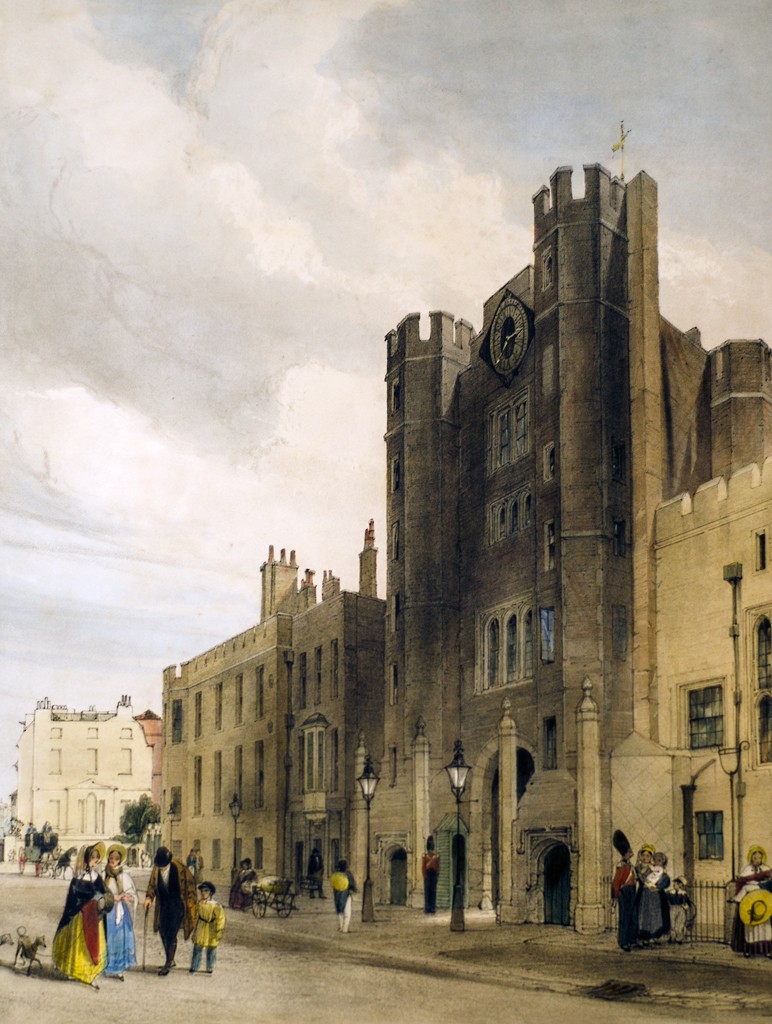 Another fascinating feature of the folio is that the lithographs depict views of London just before massive construction projects changed the face of the city. The following plate is a good example:

Thames vista showing the current sites of the Millennium Wheel, the Houses of Parliament, and Big Ben.

In the center is the early stages of the construction of the new Houses of Parliament, designed by Sir Charles Barry, following the 1834 fire that destroyed much of the earlier structure. Building on the new palace began only two years before Boys painted this view. In front of Westminster Abbey, in the central distance, is Westminster Hall, built in 1097, which survived the blaze and remains standing today.

On the right of the image is the view of the Thames prior to the construction of the Embankment, which started in 1862, designed by Sir Joseph Bazalgette as he introduced the capital’s new sewage system.

The wharf and buildings to the left of the image are the site of the Millennium Wheel, which now dominates this stretch of the Thames. Visible atop what was then a brewery is the South Bank Lion, which survived the changes and now stands facing the other way on the south side of Westminster Bridge.

Big Ben would not be completed for another 17 years. 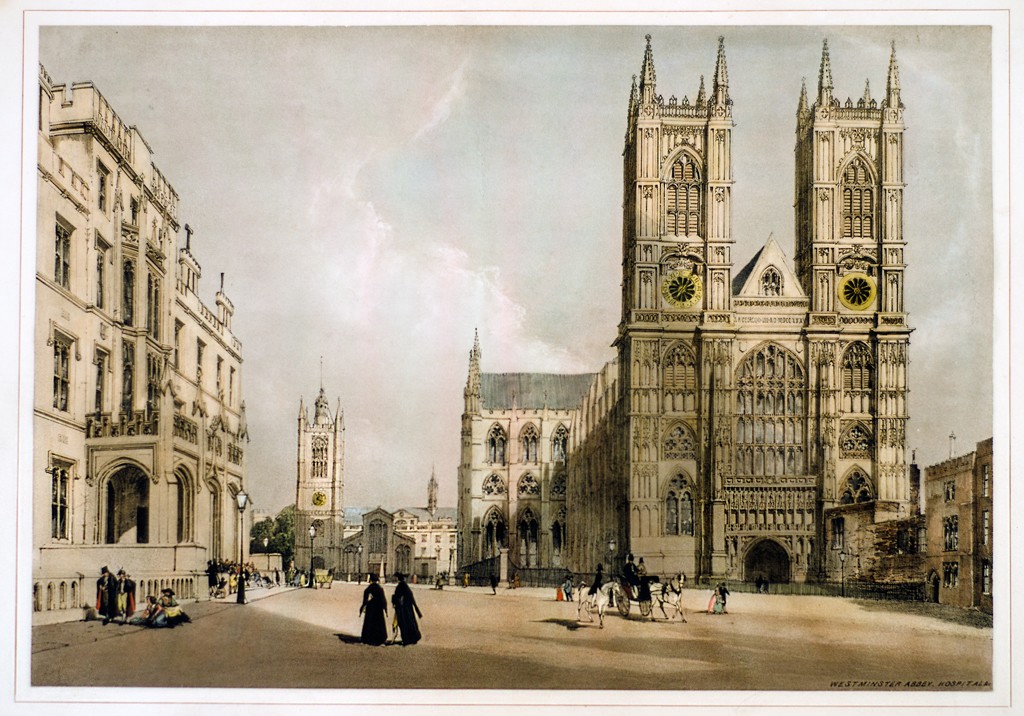 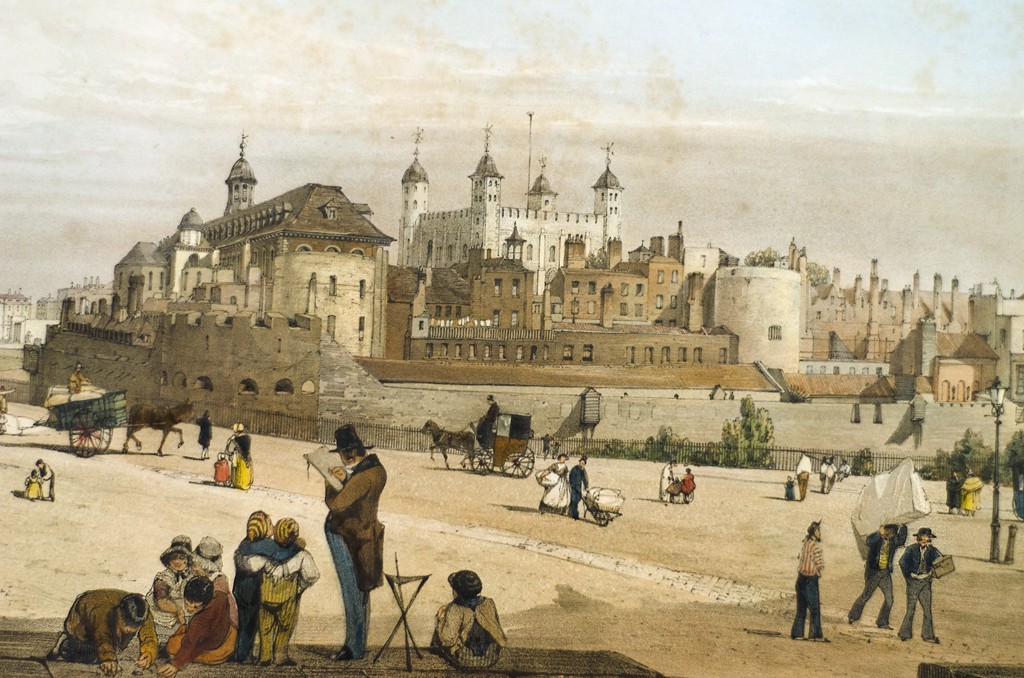 The Tower of London, and possibly Boys

It has been suggested that Boys sprinkled surreptitious self portraits into his Views. For example, this man sketching children in front of the Tower of London may be a sly image of the artist himself. 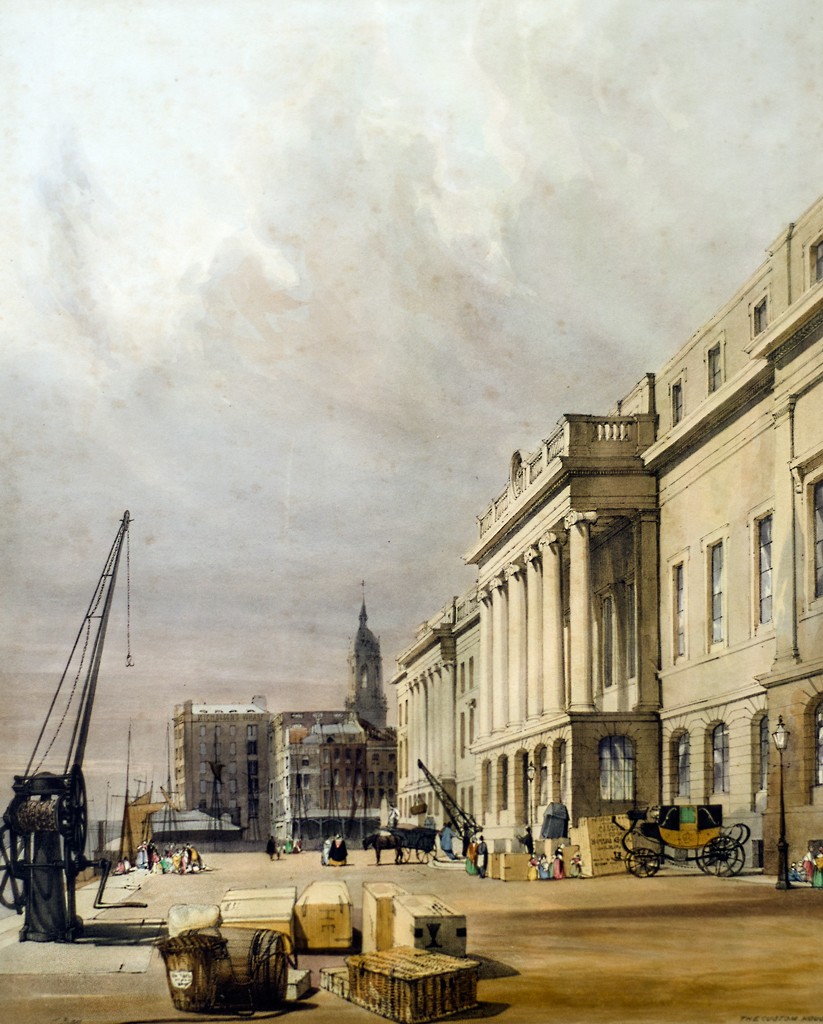 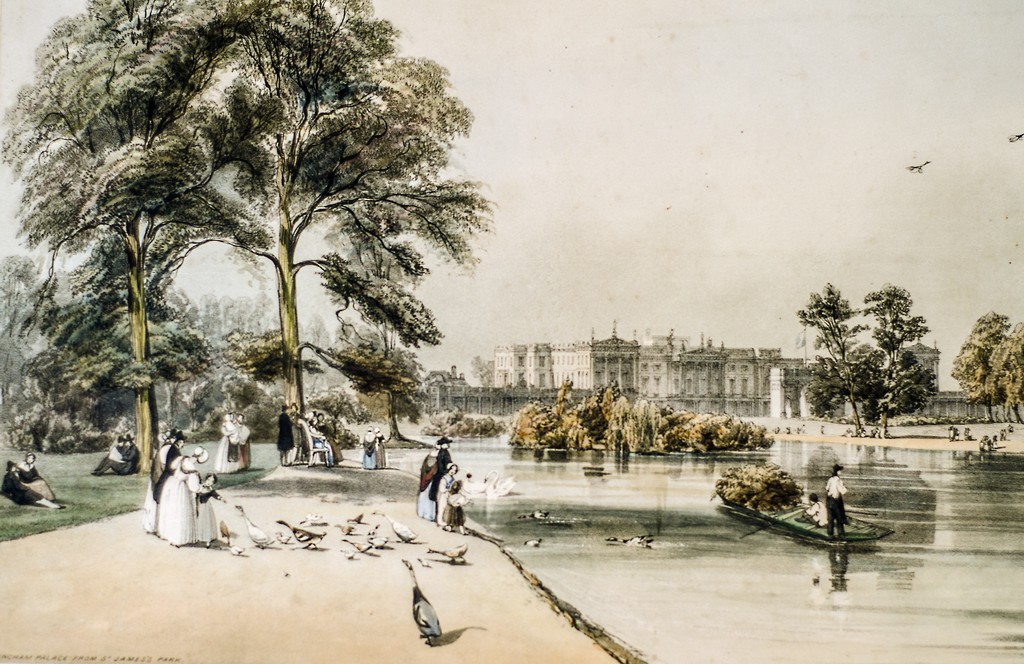 Original Views of London As It Is was important in its time for opening urban life to artists, and it continues to be important today because it shows us London as it was, with familiar structures interspersed with scenes long demolished.

For more, browse the full catalogue.

Audubon’s Birds Have a History of Their Own 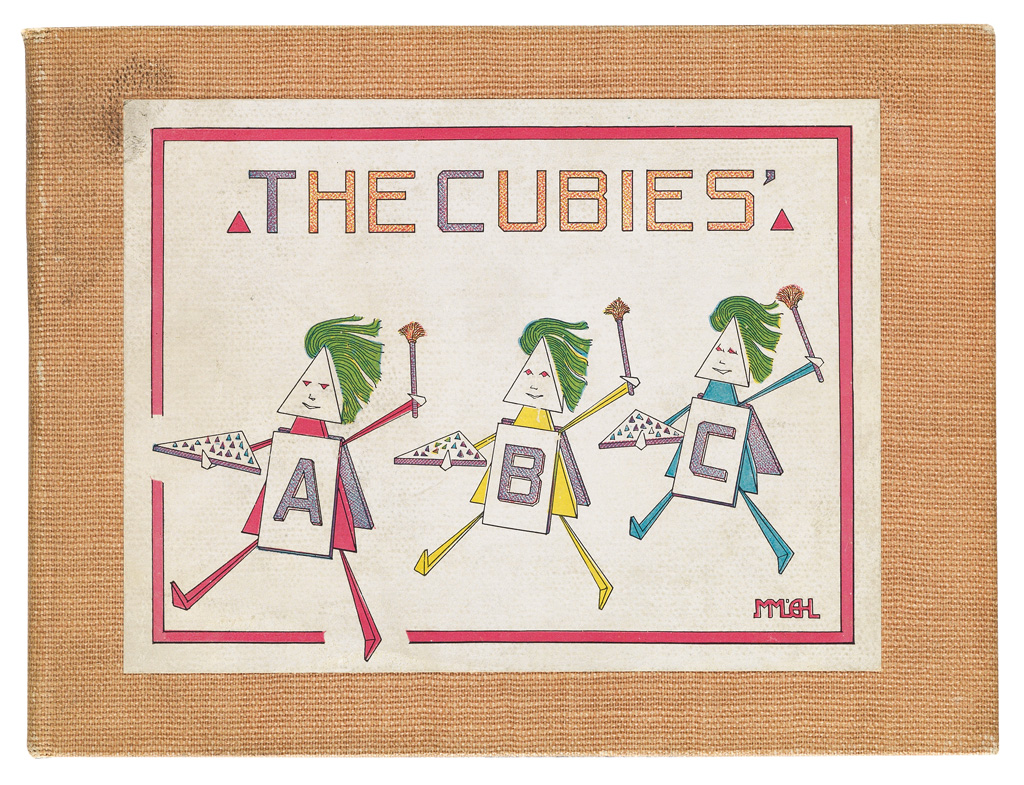 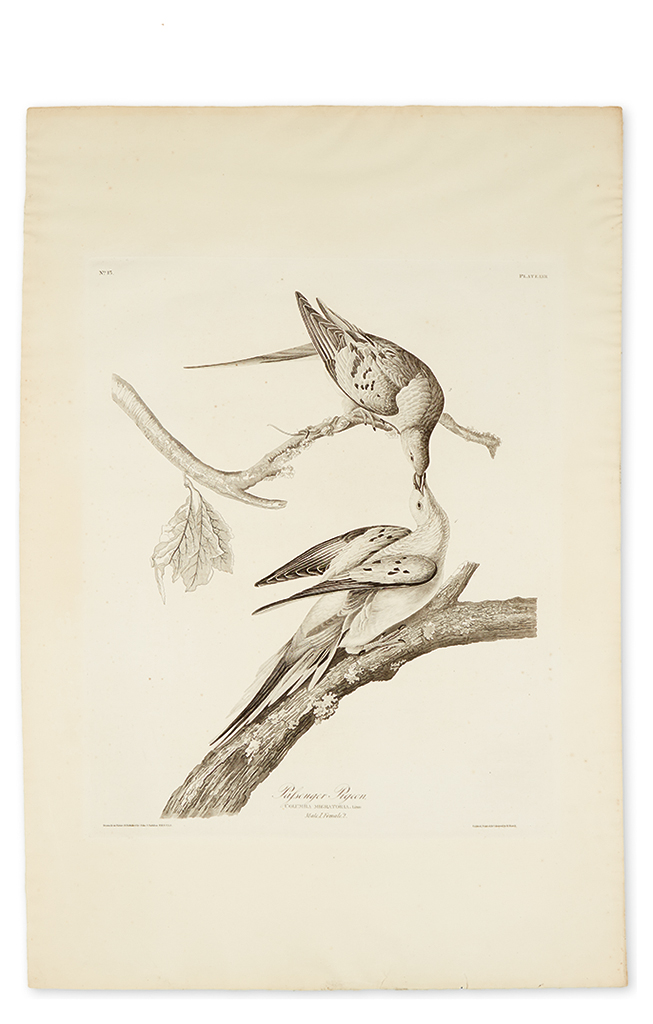 Audubon’s Birds Have a History of Their Own Maps & Atlases
December 6, 2016 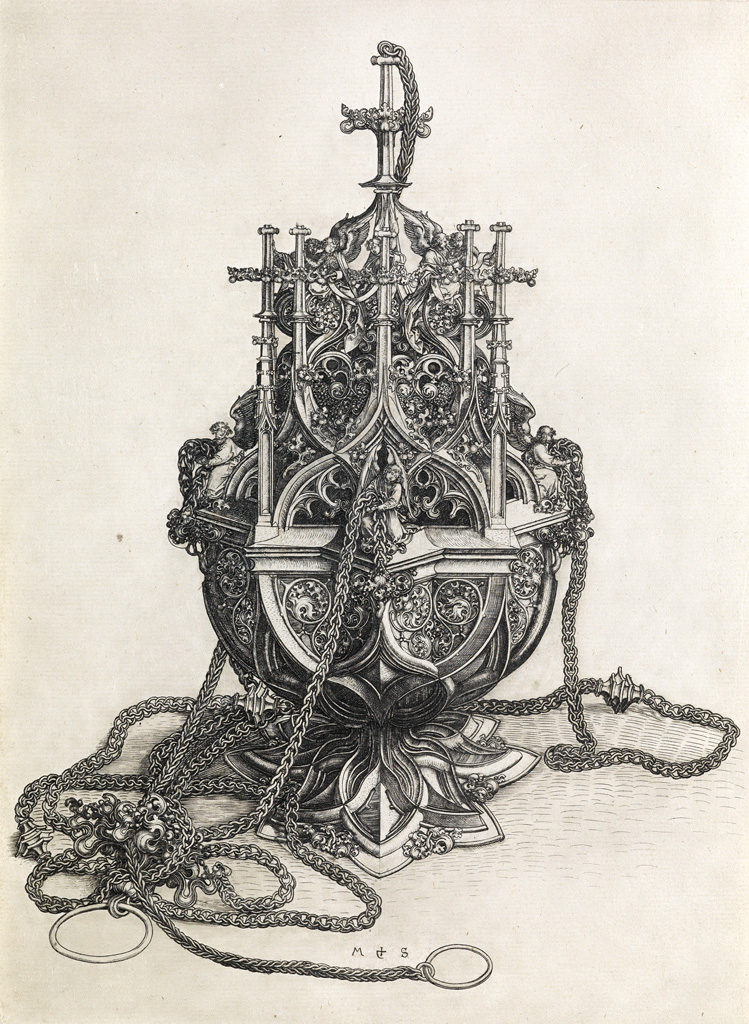