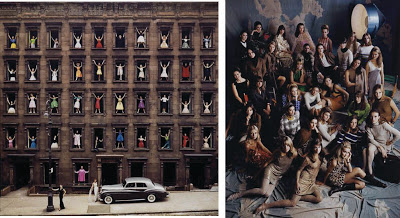 Left: Ormond Gigli, Girls In the Windows, N.Y.C., 1960. Right: Ormond Gigli, Famous Ford Models, 1966.
Fashion photography skirts the boundaries of high art. Many of the most well known photographers are those whose images grace the pages of Vogue, Harpers Bazaar and Vanity Fair. Their images not only reach a wide audience, but the budgets allocated to Annie Leibovitz, Irving Penn, Richard Avedon, Herb Ritts and others are infamous. Those high sums enable the photographers to transport their subjects—most commonly celebrities and supermodels—to exotic locales gleaming with rich flora, haute couture, jewels, and perhaps an elephant or two. It also affords them the means to work on non-commissioned projects, taking with them the new techniques and perspectives from the grander shoots. An array of fashion photography appears in Swann’s Important Photobooks and Photographs auction on May 19th. 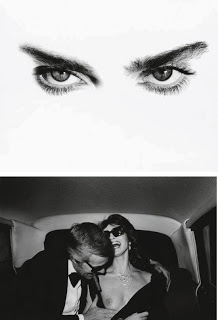 Surrounded by the glitz and glamour inherent to the fashion world, photographers become both invisible to their subjects and bystanders to decadence. This unique relationship can create intimate moments between a photographer and his subject, as in the case of a racy photograph by Helmut Newton, By-Product of An Advertising Sitting, which he cheekily noted on the back was “photographed clandestinely during a fashion sitting in Paris.” And while Madonna is more known for her outrageous—and revealing—outfits, what is more genuine than her piercing stare beneath her (formerly signature) bushy brows?

This ostentation that is synonymous with the idea of fashion photography, dating all the way back to Avedon’s and Penn’s collaborations with Harper’s Bazaar and Vogue beginning in the 1940s, is missing in Ormond Gigli’s works from the 1960s. He began the decade with his Girls in the Window, N.Y.C., the sale’s cover lot. While each model sports a different, brightly colored frock, the demure stylings of the era tone down the opulence, despite the otherwise elegant façade of the building and shiny car below. By 1966, the Ford girls are the embodiment of 1960s Mod, yet within a studio setting are devoid of all the trappings of the photo shoot. 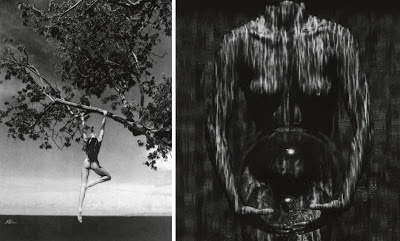 The sale also features hybrid images, where the female form remains the subject, but the glossy magazine excess has been stripped. Patrick Demarchelier, whose suite of 7 artistic studies is a highlight, will forever be known to a generation simply as “Patrick,” whose presence on the phone was commanded by Meryl Streep’s icy editor in The Devil Wears Prada, the epitome of fashion journalism. The fashion photographer’s interplay with editors and subjects makes an indelible imprint—he might cavort with Kate Moss and a pack of lions off the coast of Belize, but there’s still a domineering Miranda Priestly to whom he must answer.