Aaron Siskind on our Cover

Daile Kaplan, Swann Vice President and Director of Photographs, shares her thoughts on Aaron Siskind and the cover image for the October 17 auction of Fine Photographs & Photobooks. 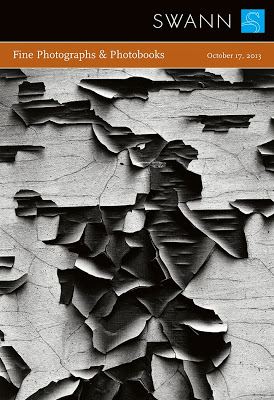 When Aaron Siskind transitioned from social documentary to abstract photography, he did so with the full recognition that his friend, the New York painter Franz Kline, had inspired him. Although non-objective photography had been introduced decades earlier, Siskind’s remarkable study Jerome, Arizona (1949) reflects a new visual language associated with the then emerging idiom of Abstract Expressionism. Siskind elevates a quotidian scene of peeling paint into an artistic study of harmonious tonality.

In this particular instance, a painter influenced an artist-photographer, but the reverse also held true. For example, Willem de Kooning’s “Woman” paintings, which were made from 1948 through the early 1950s, actually incorporated details of Siskind’s photographs. A decade later, Kline created an artwork in honor of his friend, which he titled Siskind (1958). Shortly after, Siskind produced a series of images that he titled Homage to Franz Kline.

It’s easy to fall in love with a photograph without knowing the backstory. But, having that information may result in a greater appreciation of the picture. Jerome, Arizona reinforces the link between photography and painting, realism and personal expression while also demonstrating the importance of community and friendship.

February 20, 2014 From Functional to Conceptual: The Influence of Bernd and Hilla Becher
END_OF_DOCUMENT_TOKEN_TO_BE_REPLACED