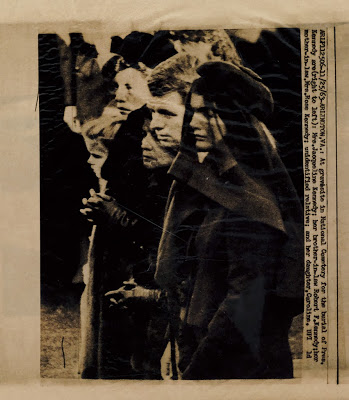 Much has been said recently about the 50th anniversary of that fateful day in Dallas when John F. Kennedy was killed. Swann’s Photographs & Photobooks Director Daile Kaplan offers this perspective:

JFK’s enormous popular appeal to Americans of all stripes cannot be fully understood in today’s fractious political environment. His administration was not especially progressive. But, during the brief period he was in office, the glamour of the Kennedys, along with their exuberance and style, were writ large. The shock of his death resulted in a public outpouring of grief that forged a new American identity and consciousness. 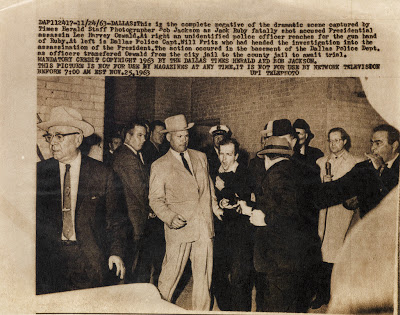 The prints were originally collected by Mary W. Wilson of the Daily Times Advocate, a now defunct local newspaper in Escondido, California. Mrs. Wilson rescued the pictures from the newspaper’s offices, and subsequently arranged them into five categories: the assassination; Oswald and Ruby; the aftermath; tributes and burial; and a new President.
The fact that the prints were transmitted via an early iteration of the fax machine imparts a sense of their being double vintage; that is, their sepia-toned appearance adds to a sense of “history in the making.” Indeed, news photography was forever changed by the assassination. Suddenly, photojournalists were responsible for both capturing iconic images and also conveying those pictures as quickly as possible to a global audience eager for more and more visual information.
Share
November 21, 2013
Author: Swann Communications
Category: Photographs & Photobooks
Tags:
Previous