The following post was written by the artist, Elaine O’Neil, whose cyanotype quilt “Rather See Than Be One,” is featured in our upcoming auction, Art & Storytelling: Photographs & Photobooks. The sale focuses on photography’s unique ability to be a vehicle for both fine art and storytelling, and with that in mind, we’re sharing the story of the intricate process behind this lot. 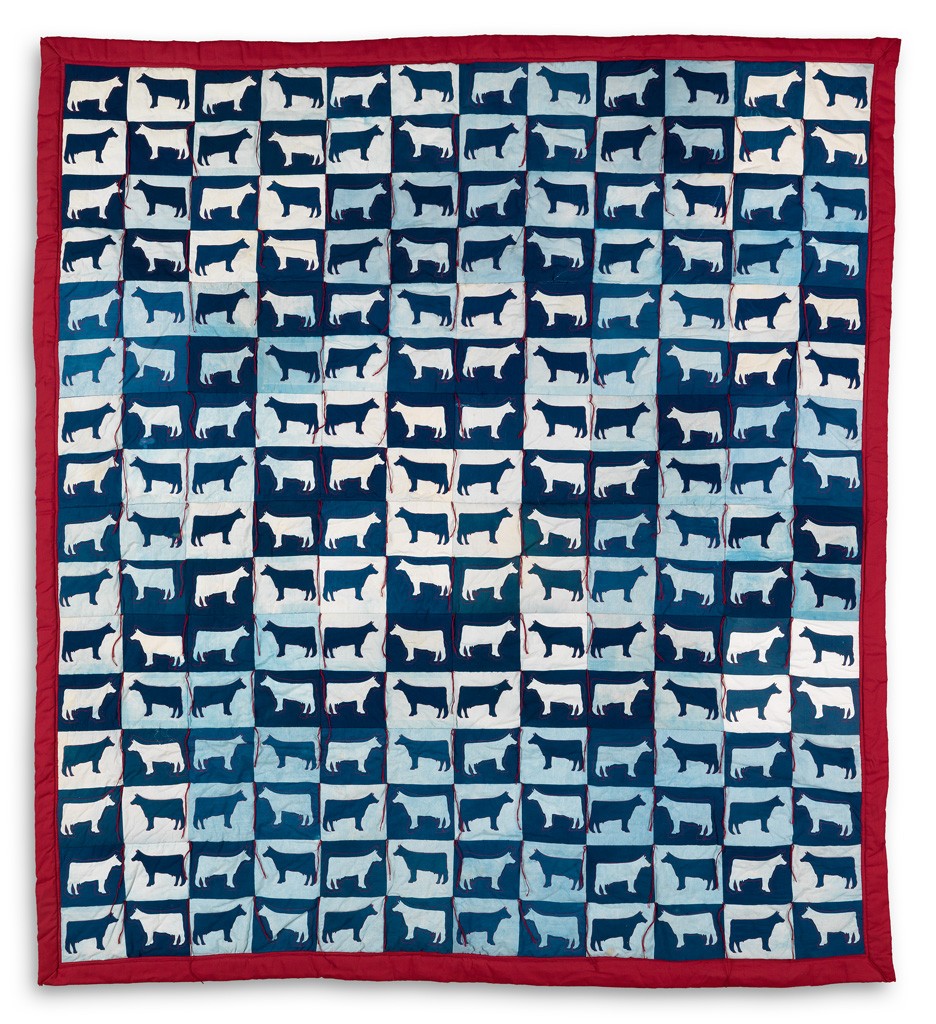 As I began to write this, I went back to lecture notes from the 70s and 80s to see what I said about this quilt at that time. I always discussed it as the project through which I gained a deeper understanding of what fascinated me about photography, and clarified my personal art-making process.

My fascination with cows, and Jersey cows in particular, began in art school. Sometime later, while teaching in Dayton, Ohio from 1971 to 1975, I became fascinated with patchwork quilts and in 1976 it all came together.

For me the negative has always been raw material. I was schooled, however, in the premise that the negative was a sacrosanct carrier of information to be printed so as to reveal the initial impression of what had been recorded. But I worked to use negatives to make whatever they inspired — an attitude which caused a certain amount of consternation for some of my teachers.

For me the negative has always been raw material.

In graduate school I saw Betty Hahn’s embroidered photographs and given that I loved to sew, the potentials of photographs printed on cloth were instantly evident. The questions in every class seemed to be, “what is photography” and “does photography have any limits.” However, when I asked how to print on cloth, the idea was dismissed as “something women do” and it was suggested that I stay in the darkroom.

But cloth was a material and sewing a process I understood, a process which would allow me to explore questions of meaning on an intuitive level. I chose the form of the quilt because of the social implications and certain expectations it carries. A quilt is perhaps the ultimate symbol of refuge. They are thrift, care and attention to detail; often completed by a group of women, quilts are generosity, cooperation and community. And very important to my choice, because it actually allowed complete freedom to work in what I call a painterly relationship with the object, the often stunning use of pattern and color is demeaned as “intuitive.”

A quilt is perhaps the ultimate symbol of refuge.

In 1975, I began to teach non-silver photography at the school at the Museum of Fine Arts, Boston for which I did demonstrations of printing various antique processes on cloth. At some point in 1976, one of my students, Philip-Lorca diCorcia, gave me a stack of 4 x 5 cards with perforated punch-out cows on them; they had been promotional items for a Boston-area dairy. I had the ability to sensitize cloth, and with a positive and a negative stencil, and a lot of tightly woven percale sheets, I began a summer of printing. Given that it was the Bi-Centennial year, red seemed the only color to use for the back and the thread. 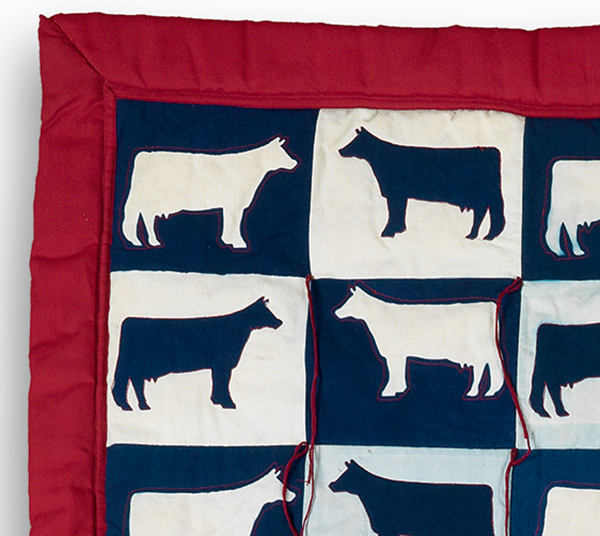 Initially my idea had been a series of deep blue and bright white prints. All were to be like the set of four cows in the upper left-hand corner. After a month of work, I laid out the pieces to see how many more were needed to complete the quilt as first envisioned. There were few which looked as I had hoped. However, looking at the arrangement I saw that the “mistakes” to be edited out were actually photographic records of time, place and events: bright white and intense blue were hot, sunny days; blue cows on paler blue backgrounds signaled overcast or humid days; the threads and bugs and pieces of grass were there during the exposure. I truly understood the idea that at the beginning of a project we make an agreement to be able to begin working. But one has to get past that agreement in order to begin the process of making art. The piece sets up its own problems, asks its own questions and demands an engaged dialogue between the artist and what is being made.

I choose to print only those negatives which reveal a world altered by the transformative nature of photography.

I choose to print only those negatives which reveal a world altered by the transformative nature of photography. Likewise, I work to alter the meaning of an image through the context of ‘quilt.’ Both desires stem from a personal process which honors that the intuition needed to manifest an idea is a mixture of knowledge and sagacity.

To be honest, uppermost in my mind at the beginning, was that making this quilt would be a fun adventure into something I had never done before. Looking at Rather See Than Be One now, it certainly has that initial sense of fun but I also can see the complexity that keeps it fresh and interesting.

Swann would like to thank Elaine O’Neil for allowing us to share this piece on her process. If you’re interested in seeing more of her work, Elaine’s book Mother Daughter: Posing As Ourselves can be found here. 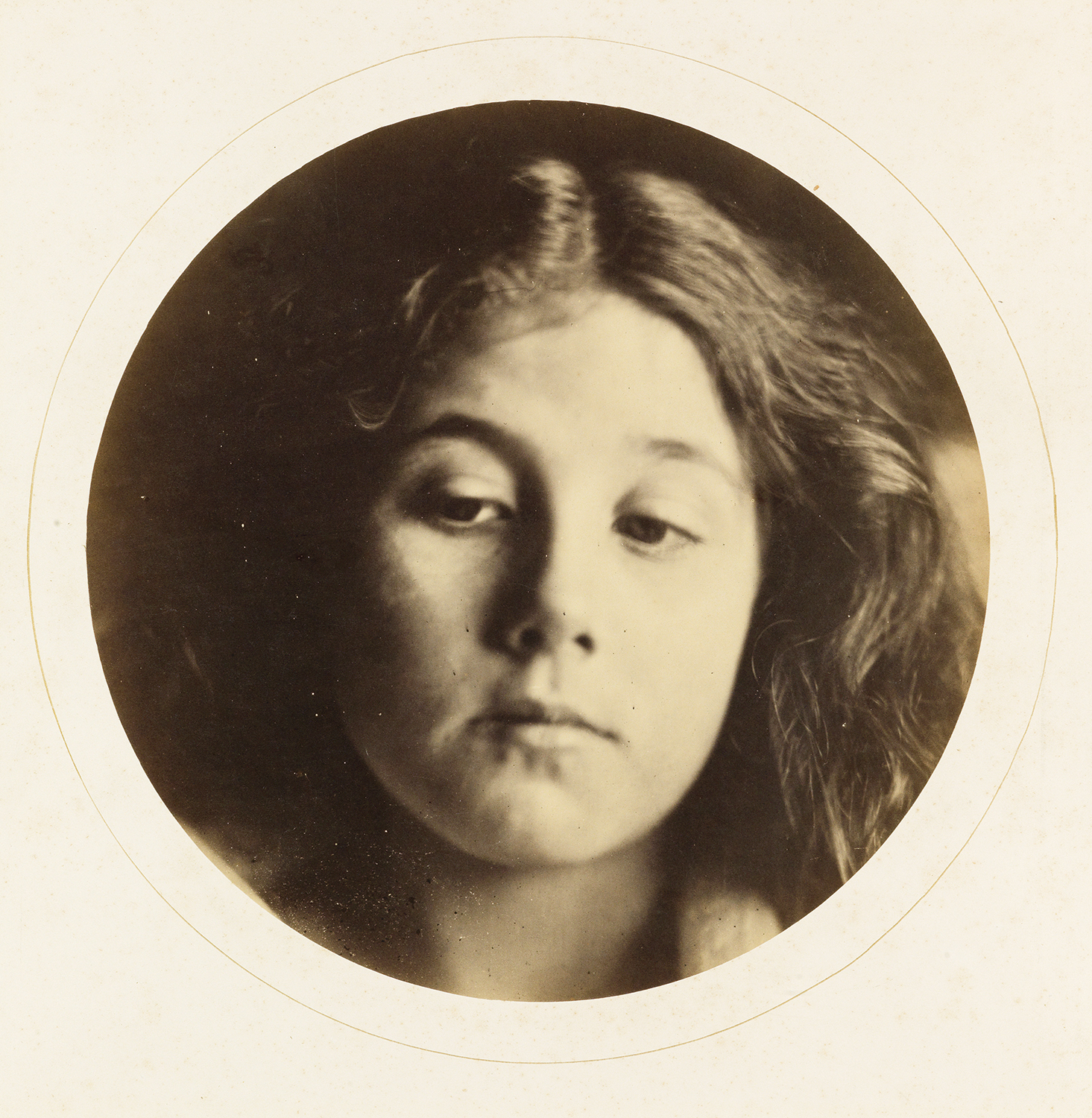