A fine example of the photobook as an art object will appear in our February 14 sale: Icons & Images: Photographs & Photobooks. It is the maquette for Clergue’s unpublished book project, titled Picasso en Provence, 1987. 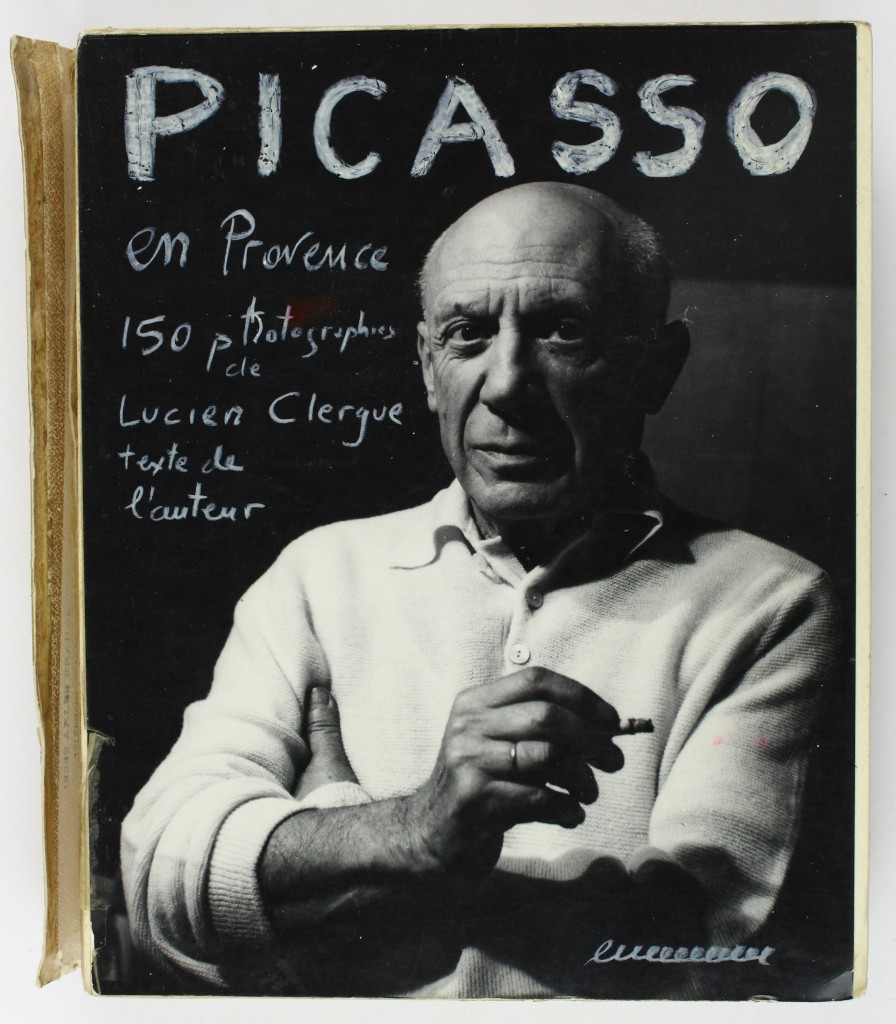 The book features 150 candid photographs of Pablo Picasso taken by Clergue. The intimate images show the artist working in his studio, celebrating with his friends and family and attending bullfighting events. The hand-assembled maquette includes numerous typed pages of Clergue’s personal memories, which articulates his friendship with Picasso and the times they spent together. 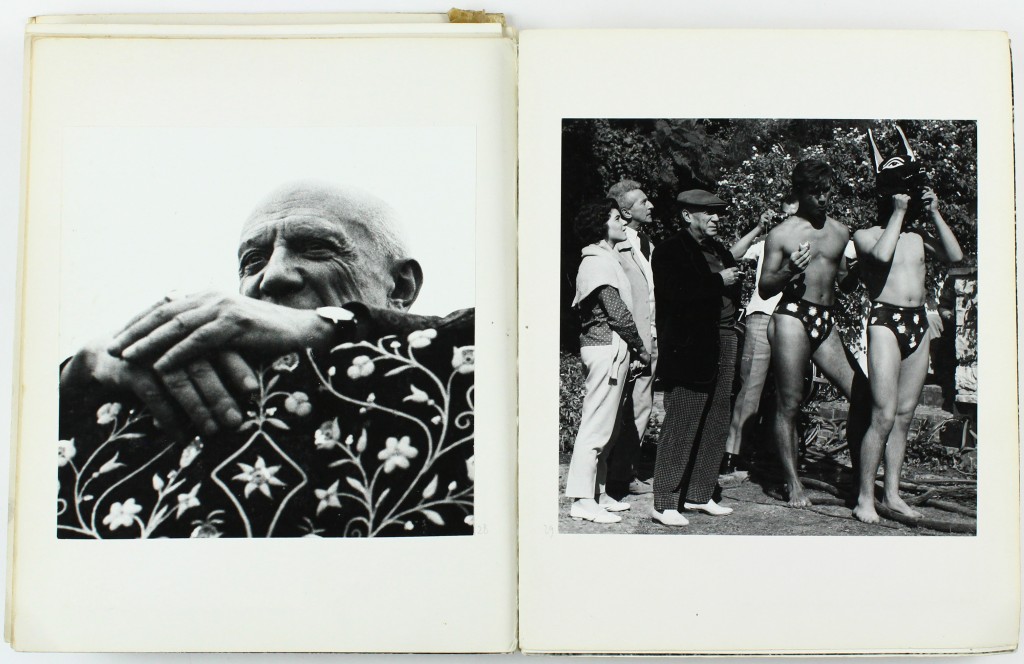 Clergue was a (1934-2014) was a French photographer best-known for his universalized pictures of female nudes (especially his “zebra nudes“). His talent for giving unexpected mass and weight to the human form is evident in these intimate photographs of Picasso and his family. 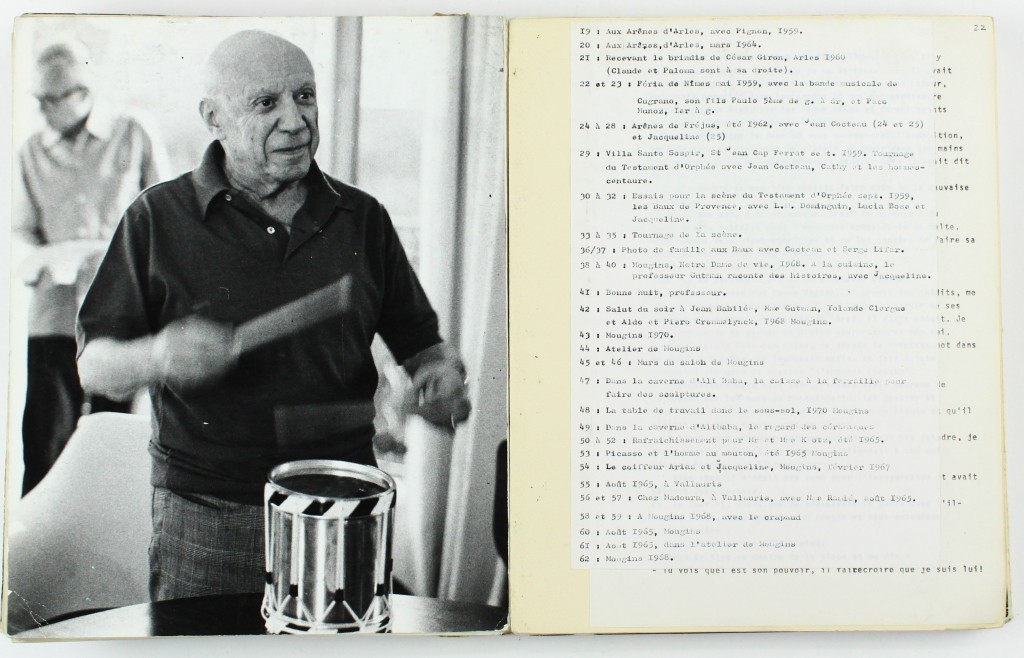 Picasso drumming, with a typed page of Clergue’s suggested captions.

The book opens with an explanation of how Picasso came to live in Provence, and how it marked a “symbolic change” in his work. In the second paragraph, we get this anecdote, translated from French:

It was in 1939, a few days before the declaration of the war, that he painted Fishing at Night at Antibes, a premonitory picture in which he exalted this people of the night which the Resistance would soon be. He returned to Paris, however, and mocked the German occupation by his famous reply to an enemy officer, examining a reproduction of Guernica in his studio:

-Did you paint this? 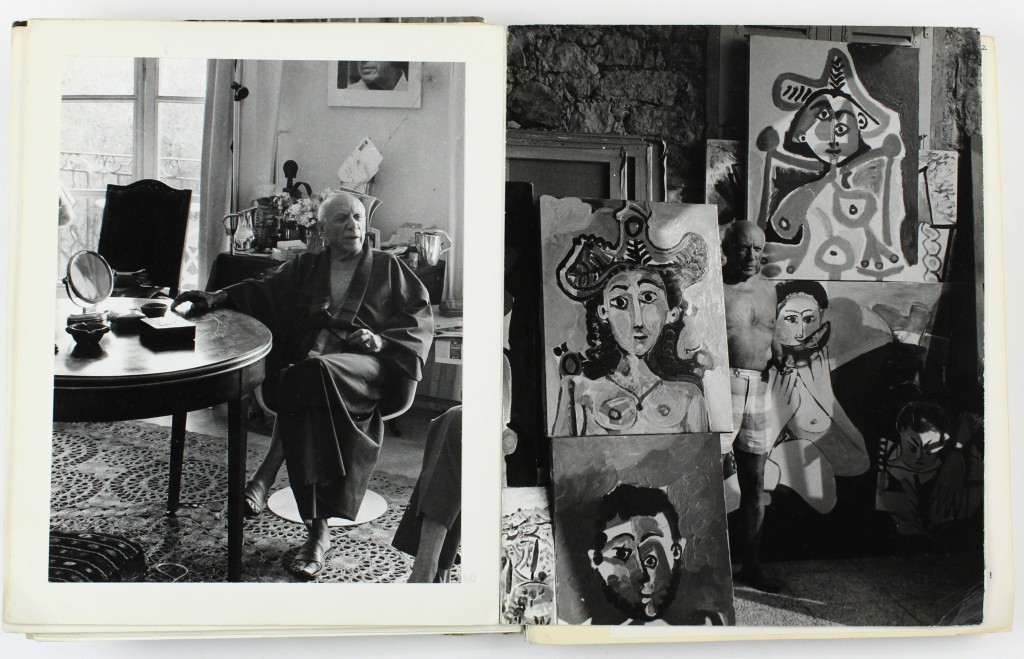 A spread in Picasso en Provence, showing the artist interacting with his works. 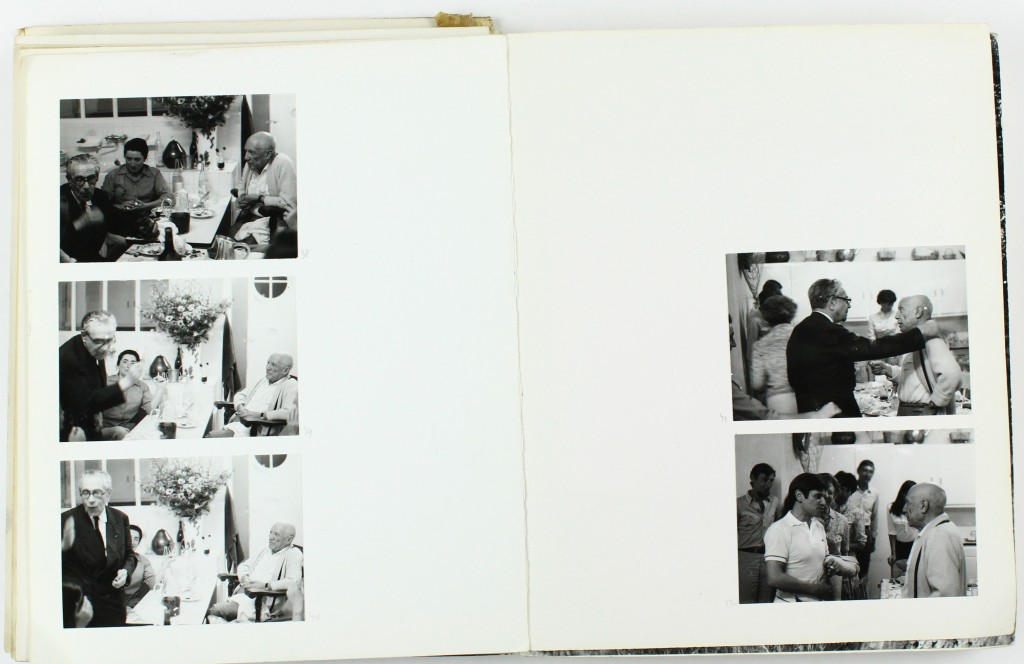 The captivating silver prints are pasted into the book by hand, and the type-written pages are glued together and inserted between pages with images. Captions are listed separately. In the accompanying hand-written letter (1987) to an unspecified recipient, Clergue identifies this maquette as a “pre-dummy” for the unpublished book. 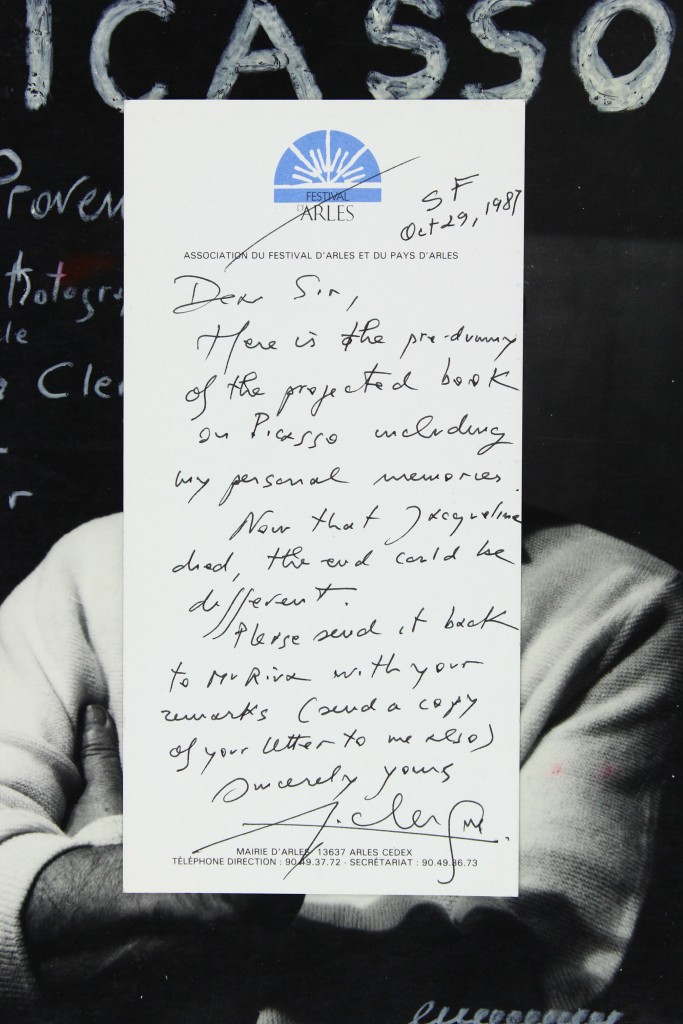 Picasso en Provence as a finished work would have offered a valuable window into Picasso’s world; as a maquette, it does not only that but also provides insight into the artistic process by which Clergue, an important figure in the photographic world, made objects and images. 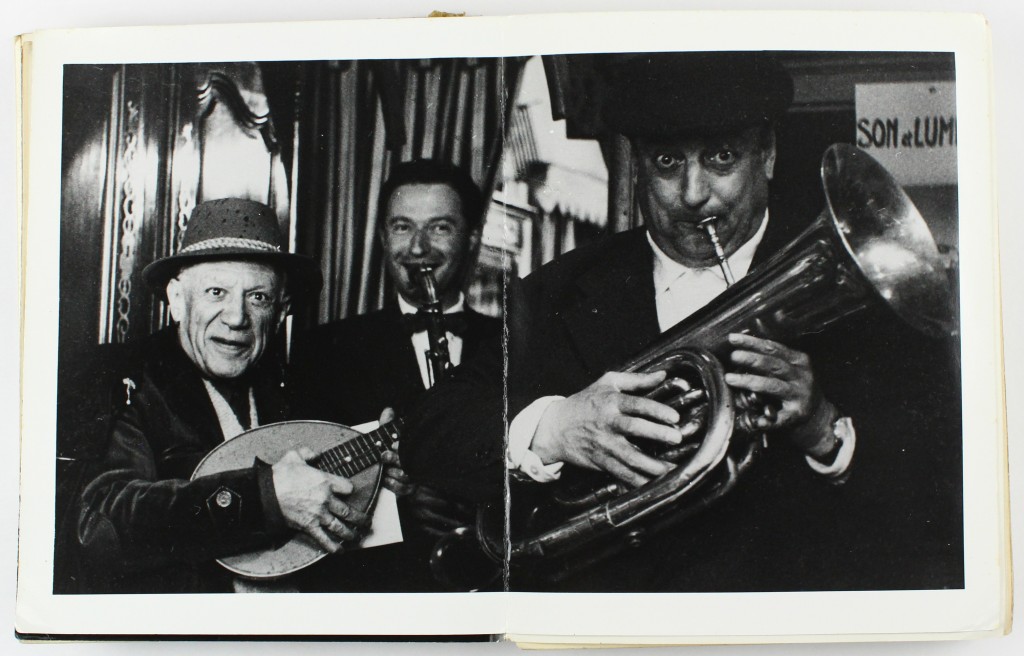 Lunar Photography Through The Ages