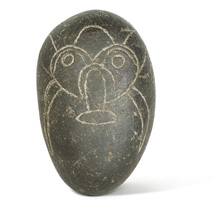 The March 10th Printed & Manuscript African Americana auction includes a very unusual carved ballast stone, which was recovered from the wreck of a 16th-century slave ship in 1992. This piece was from one of two wrecks found on the Little Bahama Banks. Carved with the face of an elephant that bears a strong resemblance to the elephant masks of the Guro people of West Africa (now the Ivory Coast), it is probable that the mask-like image was scratched on the stone by a captive during the long middle passage.


Veteran diver Herbert “Herbo” Humphreys and his team had been searching for the stern portion of a known Spanish wreck, the Nuestra Señora de las Maravillas, that went down in 1656. Instead, they discovered two entirely different wrecks. One, later dubbed the “tumbaga” wreck (for a type of Spanish gold bar that was found), and the other, an early English slave ship. Both of these vessels can be dated with some precision because of the objects that were recovered from them—coinage dated 1525 on the Spanish ship, and a cannon, dated 1543 and bearing the coat-of-arms of King Henry VIII, on the English ship. In addition to the cannon and the ballast stone, the remnants of shackles and two ivory tusks were recovered from the wreck.
Carved “Ballast Stone,” recovered from the wreck of a 16th century slave ship, 1570-1575. Estimate: $8,000 to $12,000. 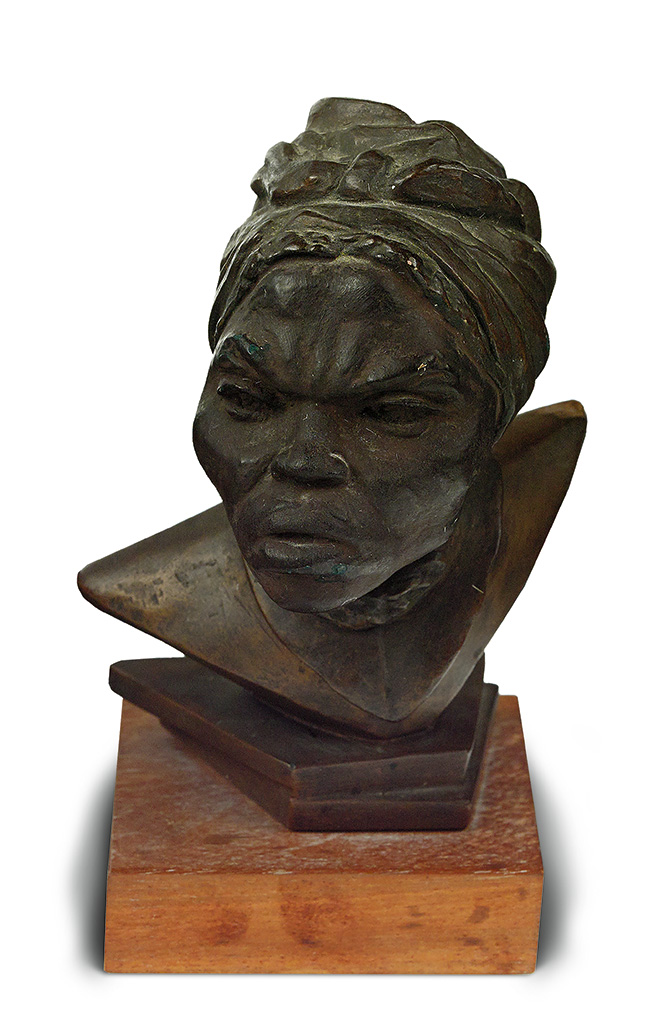