Swann’s April 16 auction of Printed & Manuscript Americana featured documents and books from as early as 16th-century colonial America through 20th-century material relating to explorers, sports, politics and more. The top lot was an archive of scientific and family papers of naturalist William Cooper, an associate of John James Audubon and the namesake of the Cooper’s Hawk. The archive, which contained approximately 300 items including letters, diaries, scientific sketches and notebooks, also contained material relating to William Cooper’s son James Graham Cooper, who was a prominent naturalist as well.

Also featured in this Americana auction was the Theodore Roosevelt Collection of Peter Scanlan, whose lifelong passion for collecting TR material resulted in one of the best collections of books, letters, ephemera and memorabilia by or relating to the 26th President. Among the many items offered, a poignant memoriam written by Roosevelt, In Memory of My Darling Wife Alice Hathaway Roosevelt and of My Beloved Mother Martha Bulloch Roosevelt, took the top spot. Roosevelt’s young wife and his mother both died on the same day in 1884, and after writing the memoriam Roosevelt rarely, if ever, referred to his first wife Alice. The 45 page booklet had never been seen at auction before the April 16 sale, and sold for $38,400.

Another archive of material related to the Civil War experiences of Julius C. Hall and Jared T. Kimberly, childhood friends and soldiers together in the 1st California Regiment. The archive, containing letters, diaries, a daguerreotype and more, brought $31,200.

Notes from the Catalogue: Dürer’s Meisterstiche 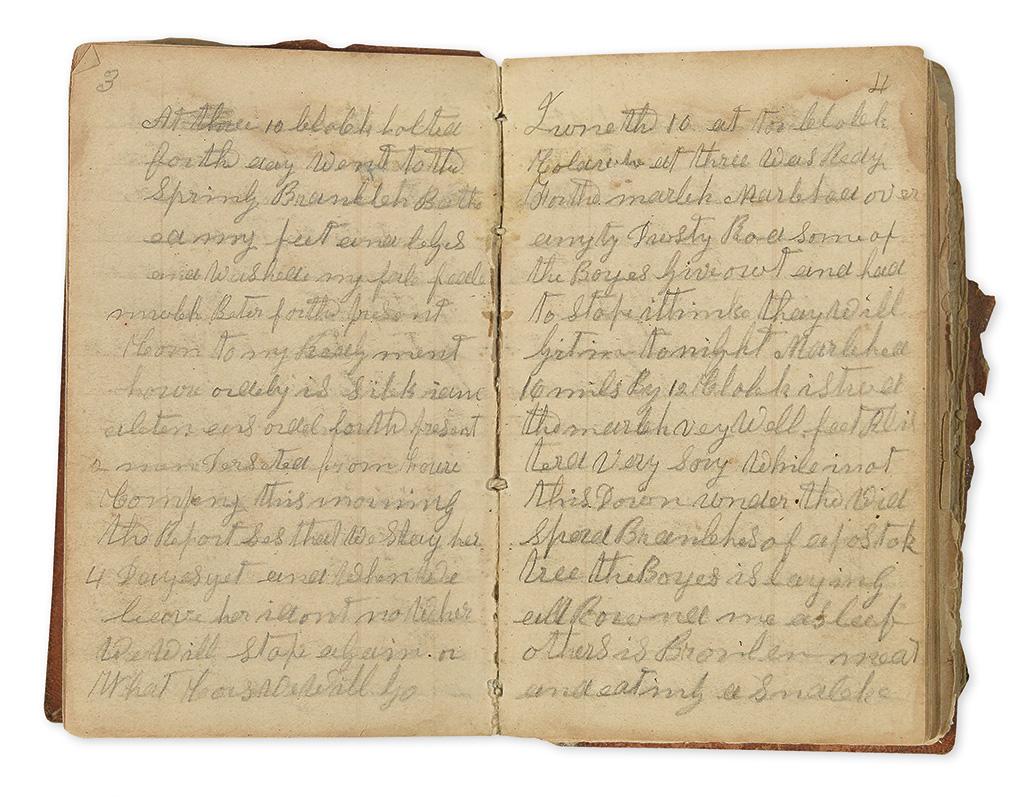