The Thursday, September 26 sale of Printed & Manuscript Americana at Swann Galleries was an overall success with an 88% sell-through rate, bringing in over $1M.

Material relating to slavery & abolition led the sale. The top lot was an important archive of the Dickinson & Shrewsbury salt works in West Virginia. The archive brought $173,000, the top price for an archive in Swann’s history.

“Because of the massive extent of the institution of slavery, original manuscripts relating to those who were enslaved are not scarce. However, we rarely see a large archive which tells the story of one location and one group of people over time. Most of what does survive is agricultural. The Dickinson & Shrewsbury salt works archive is unusual because it documents a large industrial operation which relied on slave labor.  Many dozens of individuals can be traced over the decades through correspondence, lists, and receipts. The plant’s numerous connections to Booker T. Washington, who lived near the salt works after abolition, give it even greater historical significance; his stepfather appears several times in the records.”

The lot was immediately followed by the Shugart family papers. Notable for its log listing passengers on the Underground Railroad, it brought $100,000.

A cache of material from the legendary Western collection of Herbert Auerbach was led by a record $11,050 for the first edition of the Mormon cornerstone Pearl of Great Price, 1815, by Franklin D. Richards. Other notable records included Richard Price’s Observations on the Importance of the American Revolution, 1784, at $2,750, and José Ramirez’s Via Lactea, 1698, at $3,750.

The sale opened to a flurry of bidding for a volume of early St. Louis almanacs, including the first issued in the city. After a tense back-and-forth round of bidding between phones, the lot brought $27,500.

Browse the complete list of results from our September 26, 2019 sale of Printed & Manuscript Americana. 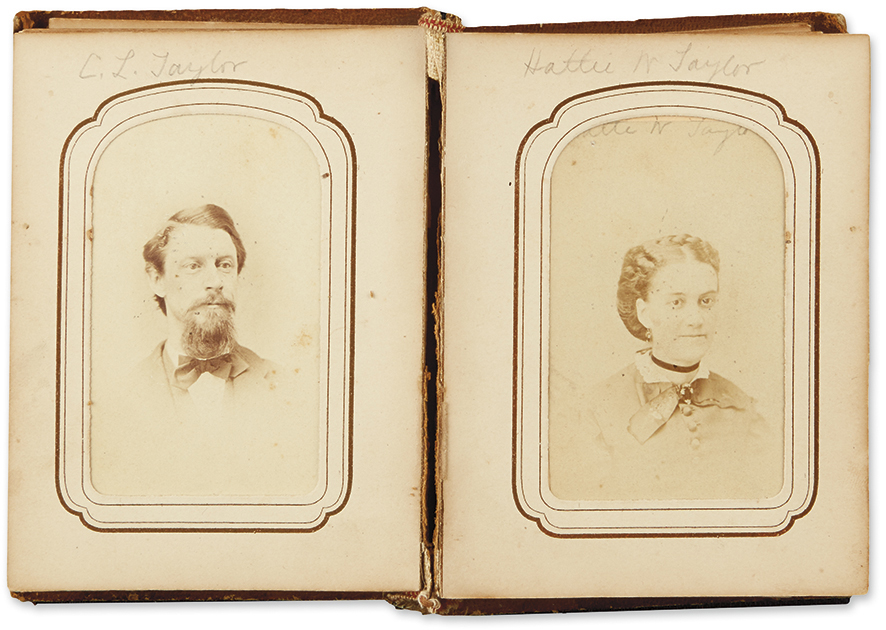