Three examples of Georges Braque’s famous birds will be available in the 19th & 20th Century Prints & Drawings sale at Swann Galleries on September 22. The artist’s depictions of birds so vividly represent questions at the heart of 20th century art that they began to be synonymous with Braque himself. 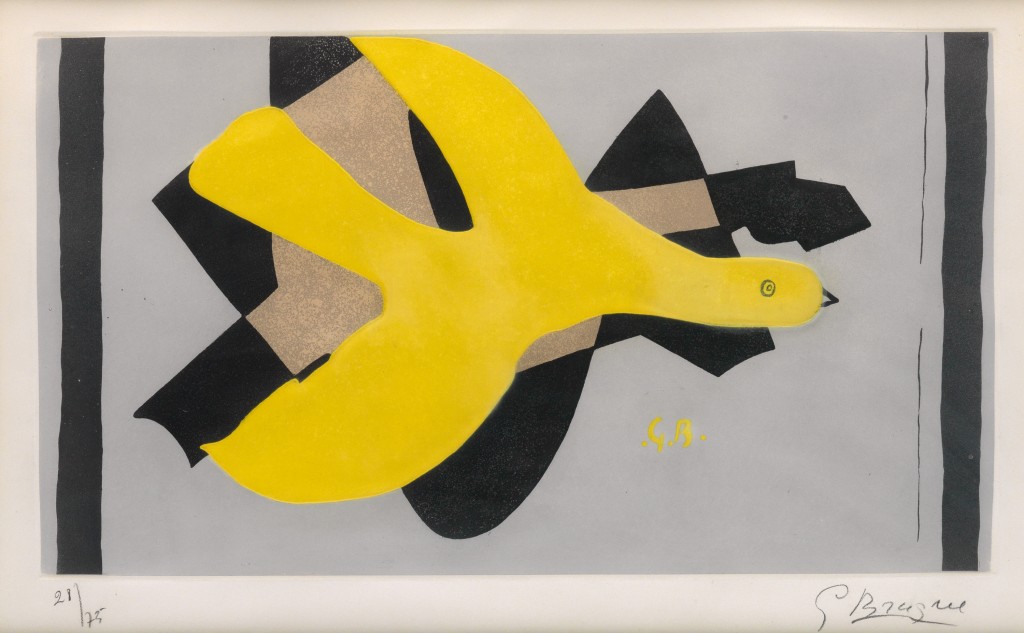 At the center of Cubism is the question of how to convey a three-dimensional object in a two-dimensional image, and the differences between reality and representation. Art changes the nature of things from real, functional objects into theories and representations. Georges Braque and Pablo Picasso, who together invented Cubism, added words to their canvases, both painted and clipped from newspapers—a word, like an artwork, is a representation of an object and not the object itself. By confusing representation with reality, Braque and Picasso asked their audience to consider the veracity of the world around them. Beginning in the 1930s, Braque used birds repeatedly to serve as a surrogate of this concept: to remind the viewer that what they are seeing is not real, almost as a mantra is used in meditation. 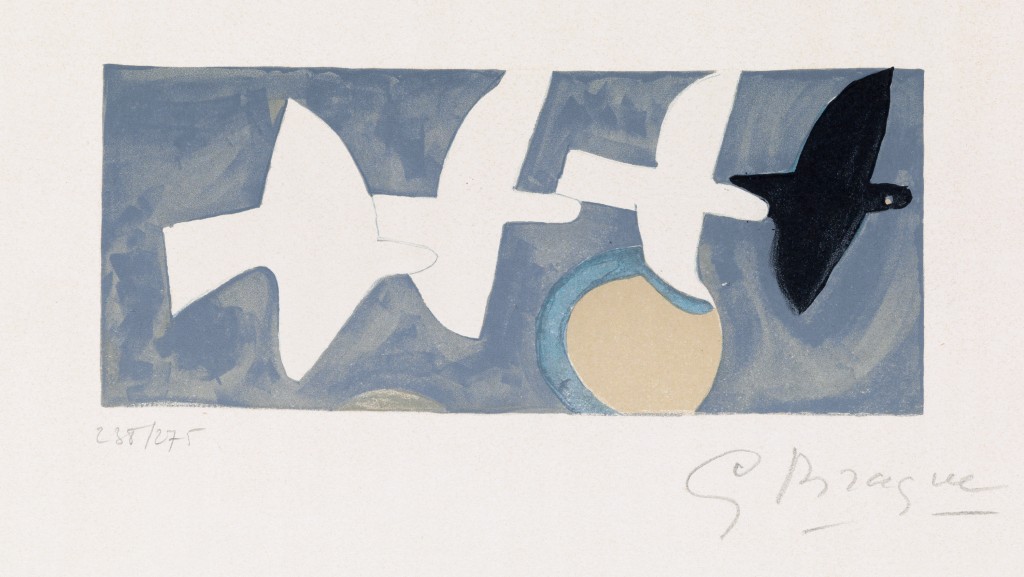 In Braque’s Studio series, the bird is a trick—are we supposed to believe there really a ghostly bird floating by, or is it a representation of a pre-painted bird on a canvas against the wall? This kind of illusion, which brings into question the very nature of art, is a sort of combination of Cubist philosophy and the surrealist works of René Magritte. Over the years Braque began to drop the studio setting and focus on just the image of the bird, which represented his artistic quest on its own. 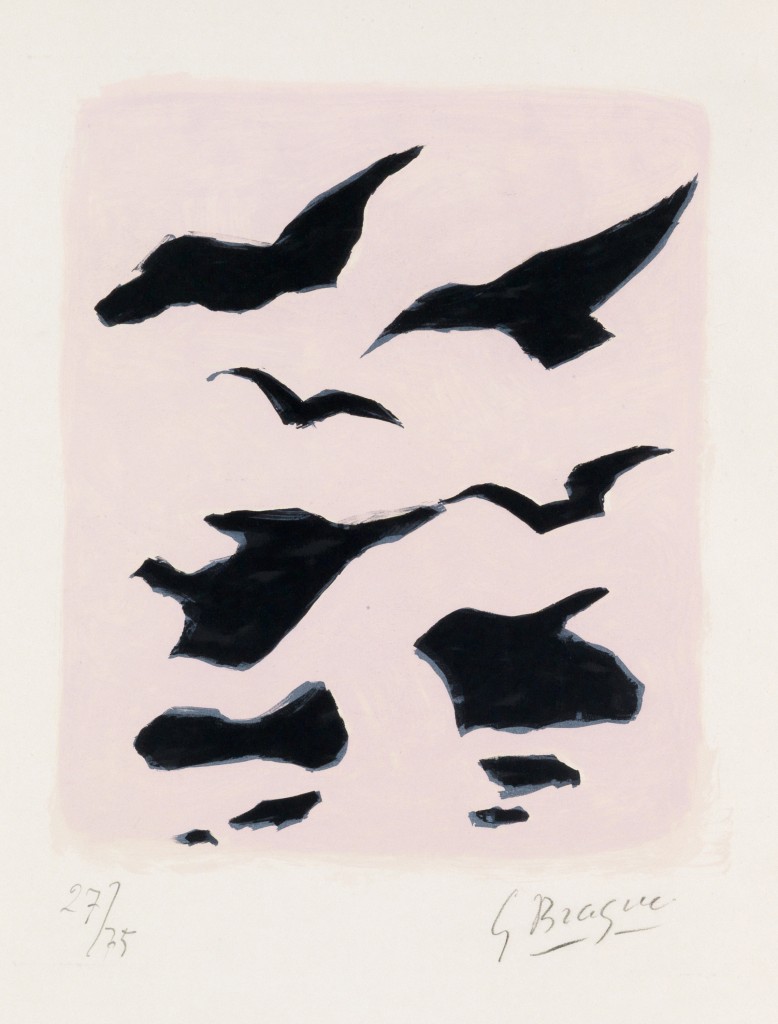 Braque’s birds became iconic; a symbol of peace, hope and even perseverance in the aftermath of World War II. Duncan Phillips, founder of the Phillips Collection in Washington, DC, was so enamored with a 1956 Braque bird that he asked the artist permission to use it as the logo for his museum. The resulting sculpture, commissioned from Pierre Bourdelle, still soars on the façade of the building and graces the museum’s visitor tags. 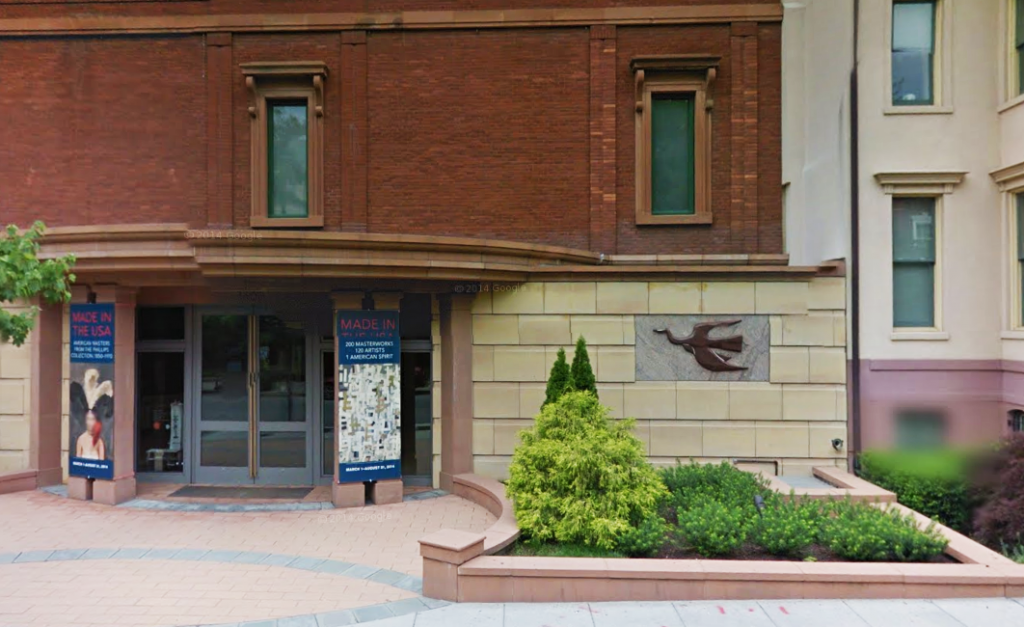 The designer Yves Saint Laurent, who drew inspiration for his couture creations from popular culture throughout the 20th century, used the birds as a stand-in for the artist. Nearly all of his pieces that include “tribute to Georges Braque” in the title have at least one abstracted bird shape.

Over the course of the 20th century, the Braque bird has represented the nature of art, hope for the future, and finally the artist himself. For more works by Braque and others, see the full catalogue. 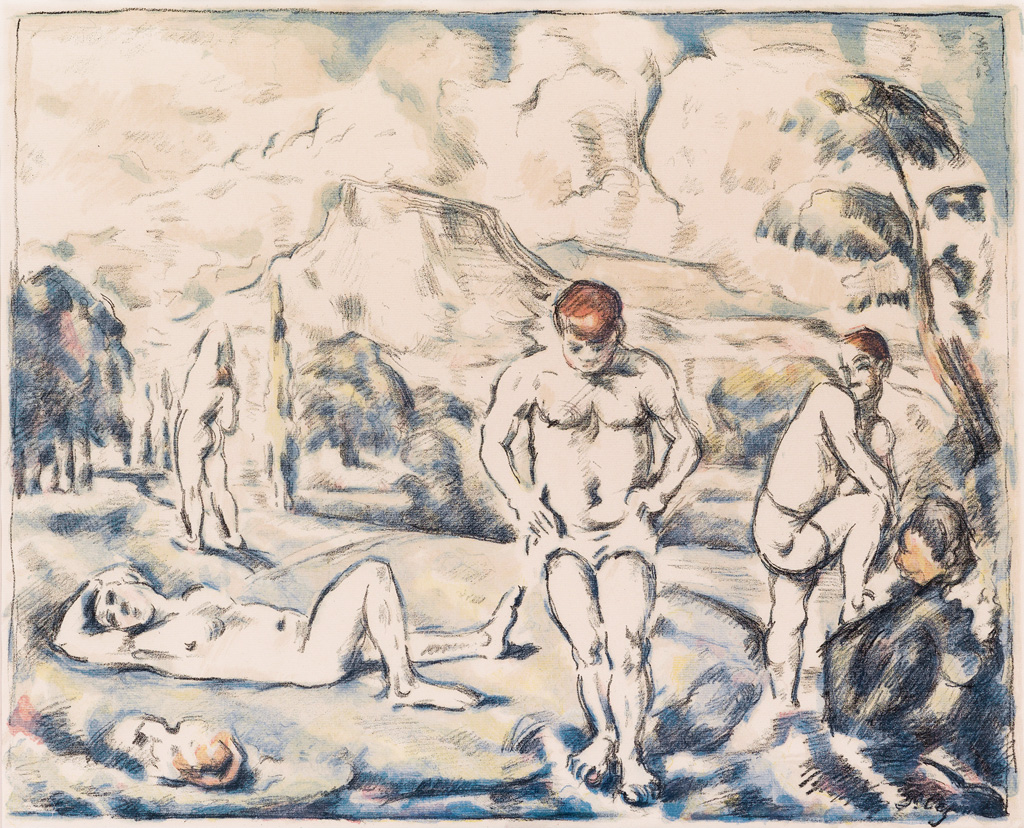 London As It Was: Boys’s Book Is A Glimpse Into History Maps & Atlases
December 2, 2016