The French Line’s SS Normandie sailed from 1935 to 1942, when it caught on fire during World War II. The lavish Art Deco liner sailed between Le Havre and New York. 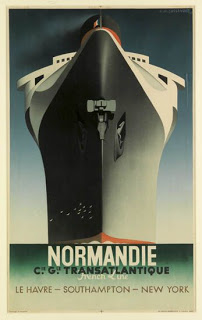 A. M. Cassandre, Normandie, Paris, circa 1938. Estimate: $15,000 to $20,000.
The ship, which is still considered the most powerful steam turbo-electric propelled passenger ship ever built, has a lasting legacy today. The February 3rd Ocean Liner and Transportation Memorabilia auction, featuring the Kristin Johnson Collection, includes many items related to or from the famed ship. 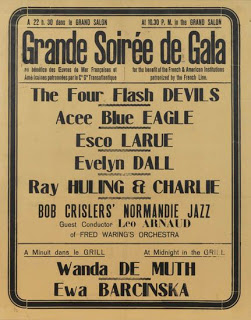 Normandie Ship’s Broadside for “Grande Soiree de Gala,” August 3, 1935. Estimate: $600 to $900.
A.M. Cassandre’s famous poster of the Normandie, of which there are seven different versions, is represented with the only known variant without an overprint for a special event or advertising “service regulier.” A broadside announcing the midnight performances in the Restaurant Grill from August 3, 1935, as well as the program’s performance; blueprints of the theater on the ship, 1933; a photo album with 37 photos of the ship, captioned in the negative by Byron, 1930s; and several silver serving items from the ship are also on offer. 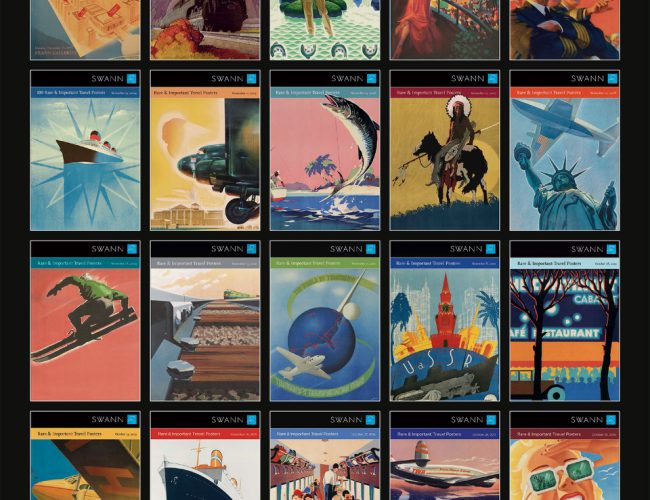