The Avengers (and more!) in a Marvel-ous Modernist Poster

With The Avengers earning over $200 million in its first three days, it’s hard to imagine that there is anyone who hasn’t fallen in love with those classic heroes. In George Delmerico’s 1972 poster, A Marvel-ous Evening With Stan Lee, you can find six of the original Avengers among a total of 19 Marvel heroes’s faces. Iron Man, Captain America, Thor, the Hulk and Nick Fury are all there, as is poor Ant Man, whose character didn’t make it to the big screen. The challenge for true comic fans is this: can you name them all?
The story behind the poster dates back to Marvel’s Silver Age. Promoters held an event in Carnegie Hall, attempting to raise Stan Lee to a higher national profile. This original poster is one of only 300 copies printed for sale the night of the show, and the first to ever come to auction. While it won’t bring in the $200 million that The Avengers did this weekend at the box office, interest seems to be growing for this eye-catching and fun poster, in this Thursday’s Modernist Posters auction!
Share
May 8, 2012
Author: Swann Communications
Category: Vintage Posters
Tags:
Previous 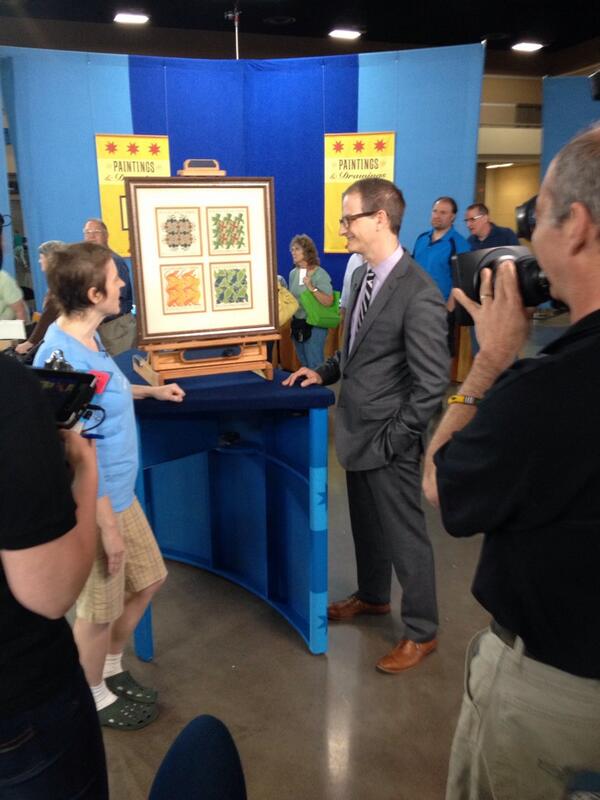