Posters were designed to grab attention with a combination bright colors, bold typography and iconic imagery, but when it comes to posters advertising early American theater productions, the more dramatic the image, the better. Featuring dramatic chase sequences, fainting women and busy montages, these posters from our upcoming Vintage Posters auction were sure to lure an intrigued audience. 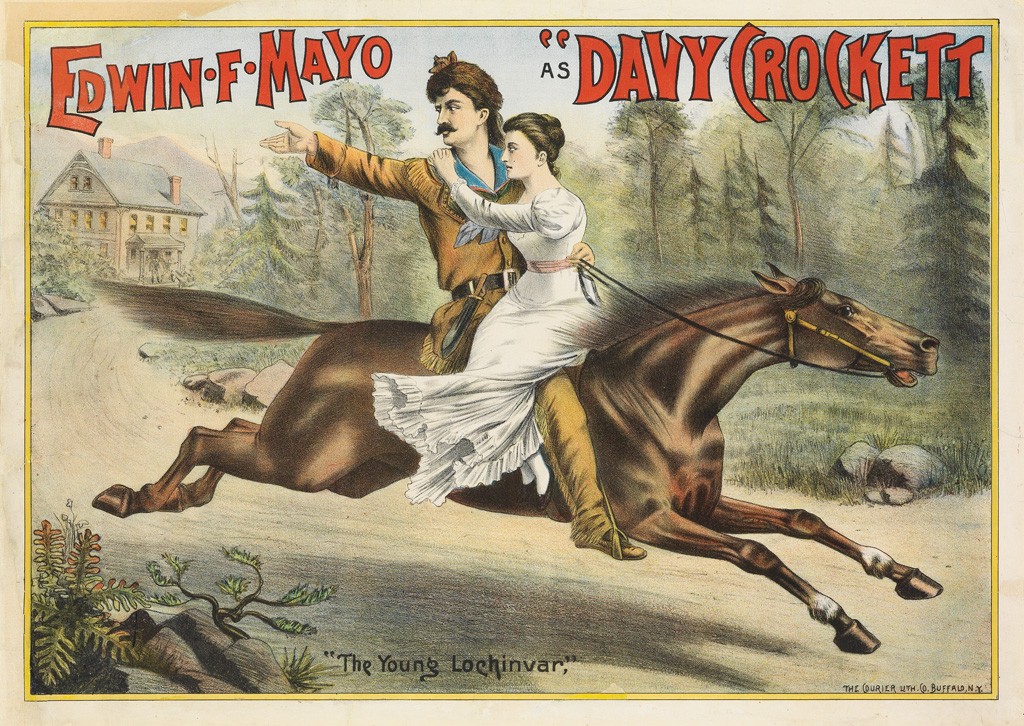 Edwin F. Mayo came from a theatrical family, with his father Frank Mayo playing the iconic “King of the Wild Frontier” before him. The play was a hit, winning both Mayos fame and fortune and playing to consistently sold out crowds. Unfortunately, both Frank and Edwin died from cardiac issues just a few years apart. 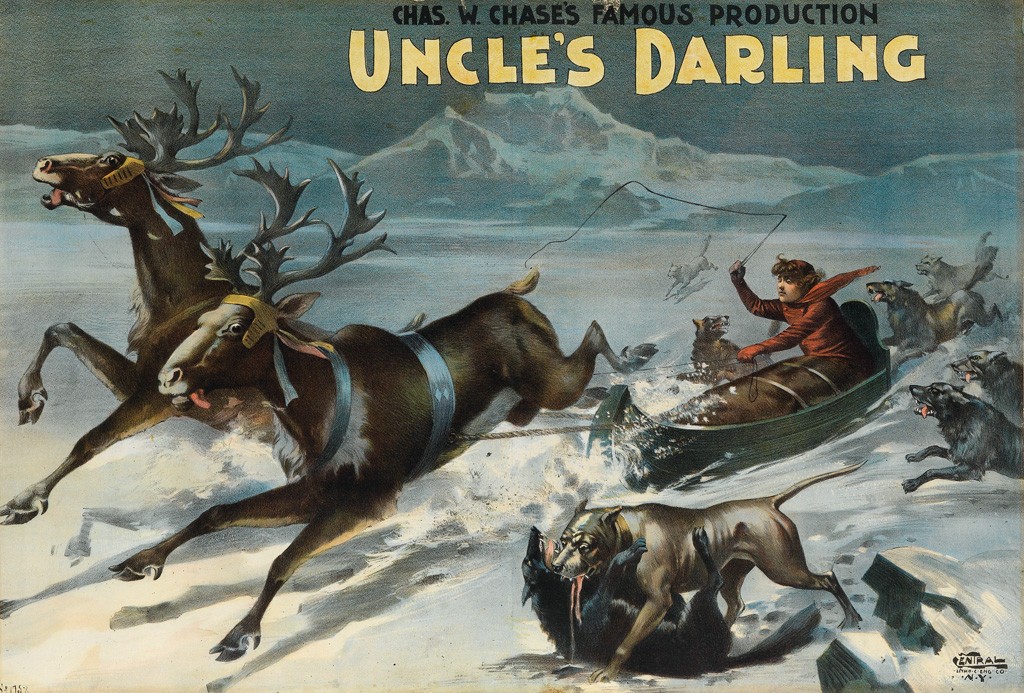 Lot 307: Uncle’s Darling, by an unknown designer, circa 1890. Estimate $1,000 to $1,500.
According to the September 10, 1893 issue of the Indianapolis Journal, “A most interesting feature of this play, “Uncle’s Darling,” is the introduction of some new animals, prominent among which are two trained Alaskan bears,  Mary and John, who never fail to provide the most hearty laughter and applause. The Esquimaux [sic] dogs introduced are possessed with great sagacity, more, perhaps, than any other breed.” 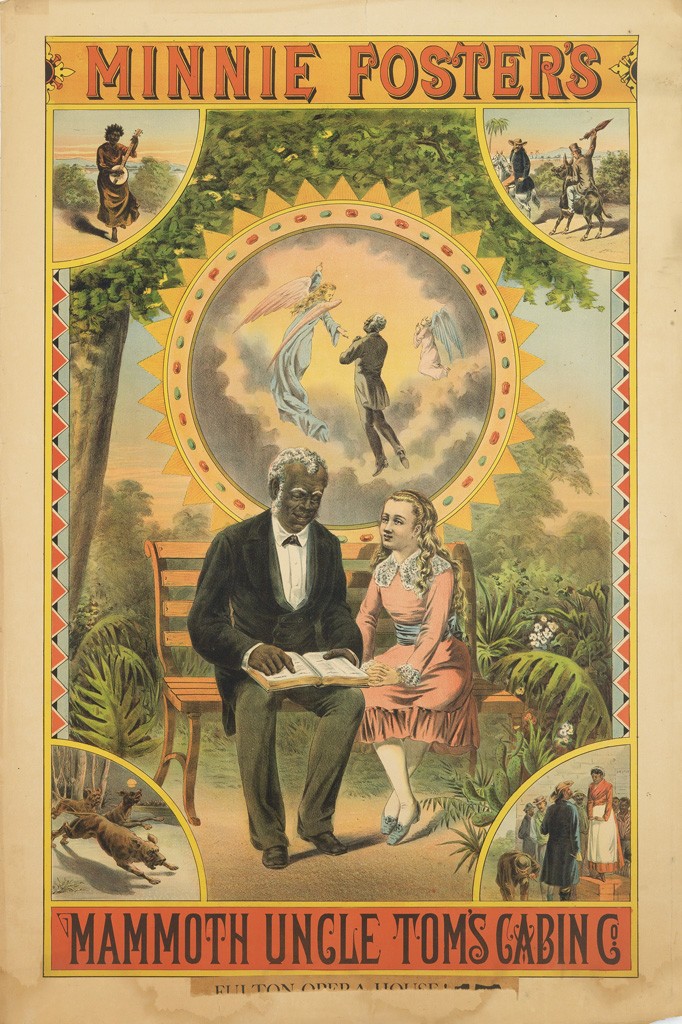 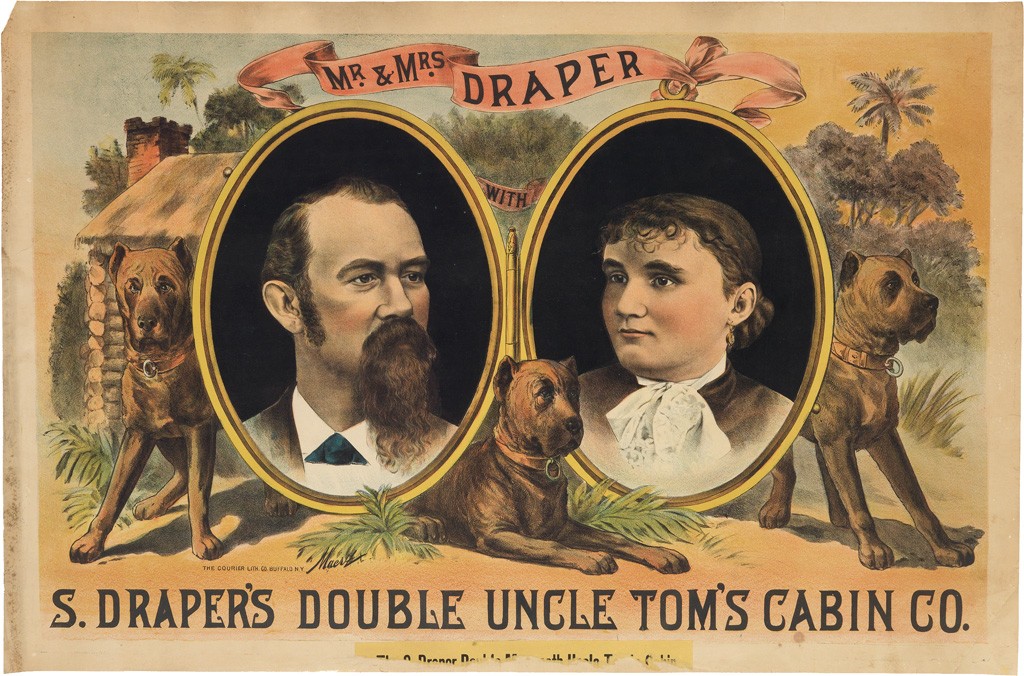 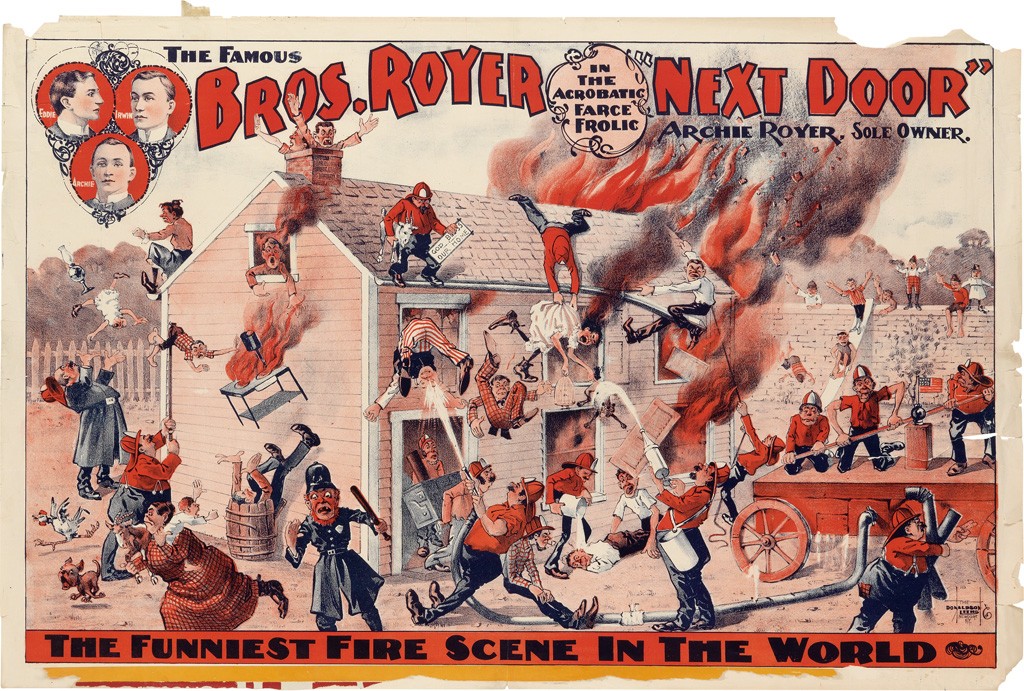 Lot 321: The Famous Bros. Royer / “Next Door” / The Funniest Fire Scene in the World, by an unknown designer, 1899. Estimate $700 to $1,000.
The Pottstown Mercury (Pottstown, Pennsylvania) cites an older paper, The Daily Pottstown Ledger, describing the Royer Brothers play in depth: ‘“Next Door” featured Archie as Anhauser Bush (sic), a befuddled German immigrant, and his misadventures in Atlantic City, N.J.Newspaper advertisements — no doubt written by Archie or someone else in the company — described it as an “acrobatic farce frolic” that was the “funniest show on earth” and featured the “6 Royer Troupe of Acrobats,” a great fire scene, a trick trolley car, a revolving scene, the “Only Archie Royer”and “10 Great Specialties.”’ 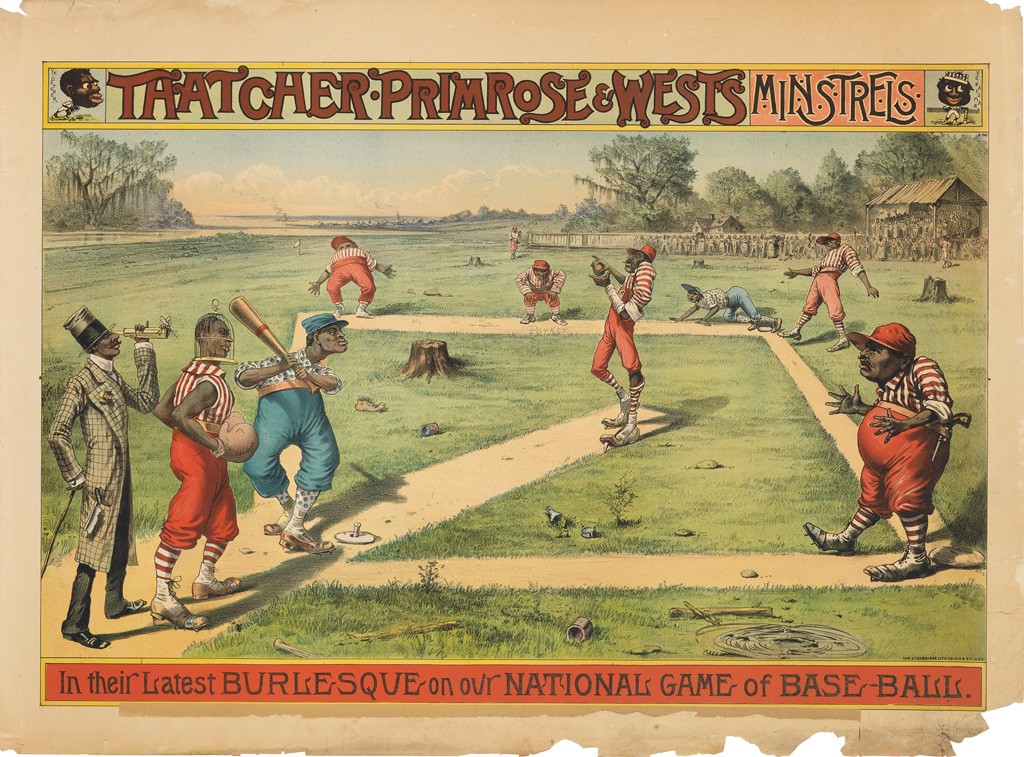 Lot 334: Thatcher • Primrose & West’s Minstrels / In Their Latest Burlesque On Our National Game of Baseball, by an unknown designer, circa 1882. Estimate $5,000 to $7,500.
Stretching outside the fourth wall, early American theater delved into the realm of sports. By the 1880s, burlesque performances of baseball games by minstrel troupes were fairly common and immensely popular. Though these performances were meant to caricature the sport (and play with offensive racial stereotypes), minstrel teams frequently played against professional, semiprofessional and amateur teams, often winning against even the most formidable opponents.
For a look at more Early American Theater posters, take a look at our catalogue.
Share
February 10, 2016
Author: Swann Communications
Category: Vintage Posters
Tags:
Previous 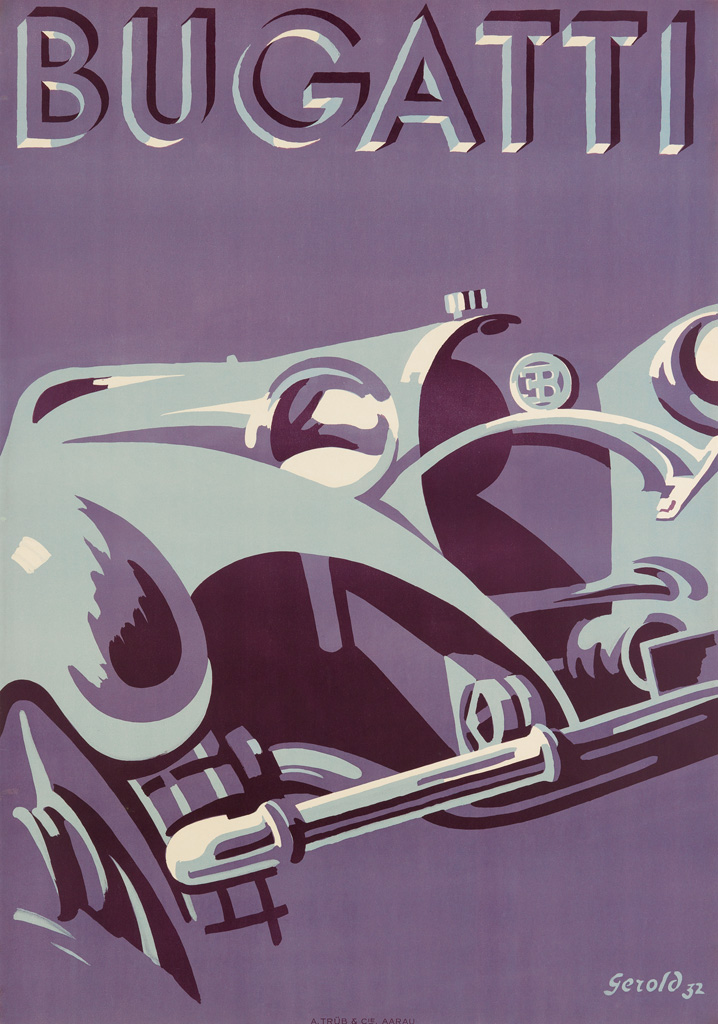