Among the works representing the second half of the twentieth century in our upcoming August 3 Vintage Posters sale are two works by the graphic artist and designer Tadanori Yokoo, who has been called “the grandmaster of Japanese pop-psych art.”

The Museum of Modern Art commissioned Yokoo to design the promotional image for their seminal 1968 exhibition of twentieth century posters from the museum’s collection. The New York Times described the show as “a landmark presentation that helped define the medium for scholars, graphics specialists and collectors.” For this golden opportunity, he created Word Image, with no typography within the image to distract the viewer. Using mouths and one large eye he perfectly evokes the concept of “word” and “image.” He employs the rays of the rising sun, one of his favorite and recurring motifs, but here, makes the colors red, white and blue for America rather than the traditional Japanese red and white.

Swann set an auction record for the artist in 2013 with a poster featuring the same blue and red sun rays, colorfully titled Having Reached a Climax at the Age of 29, I Was Dead, 1965, which sold for $52,800. Another Yokoo, The Aesthetics of the End, 1966, sold in the same auction for $10,800. Copies of both posters are currently in the collection of the Museum of Modern Art. 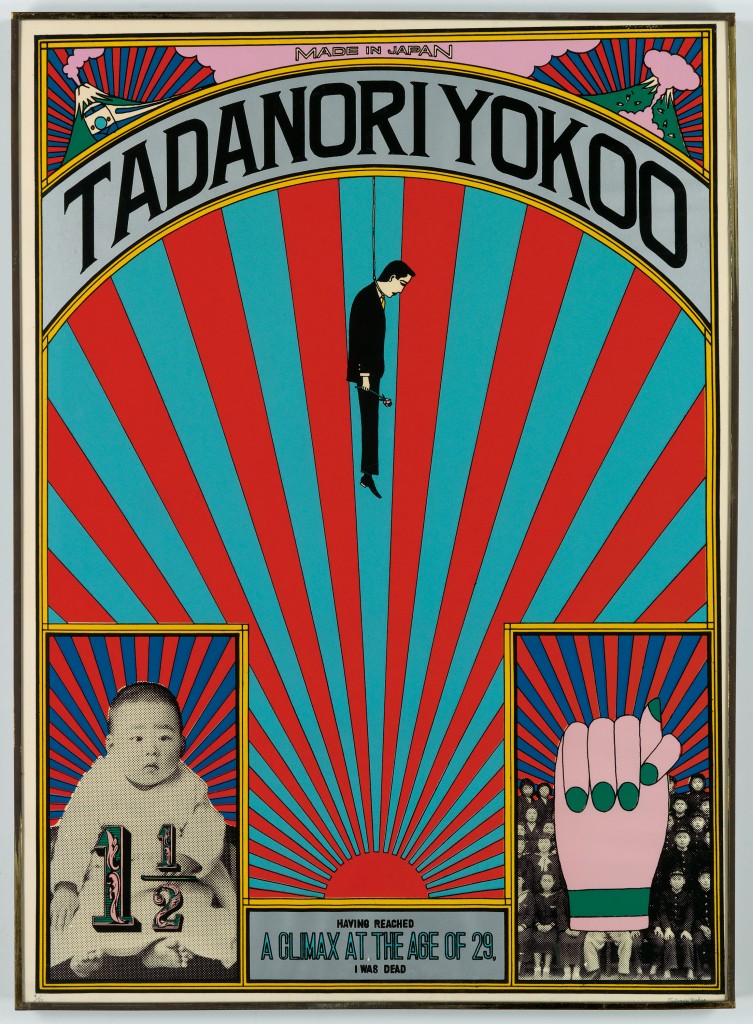 Also on offer in the August 3 auction is Yokoo’s Takeda Cosmetics for Men, a 1974 advertisement. The poster shows bathers from Jean-Auguste-Dominique Ingres’s The Turkish Bath, 1863, tinged in blue and awaiting the arrival of a space ship over the sea. 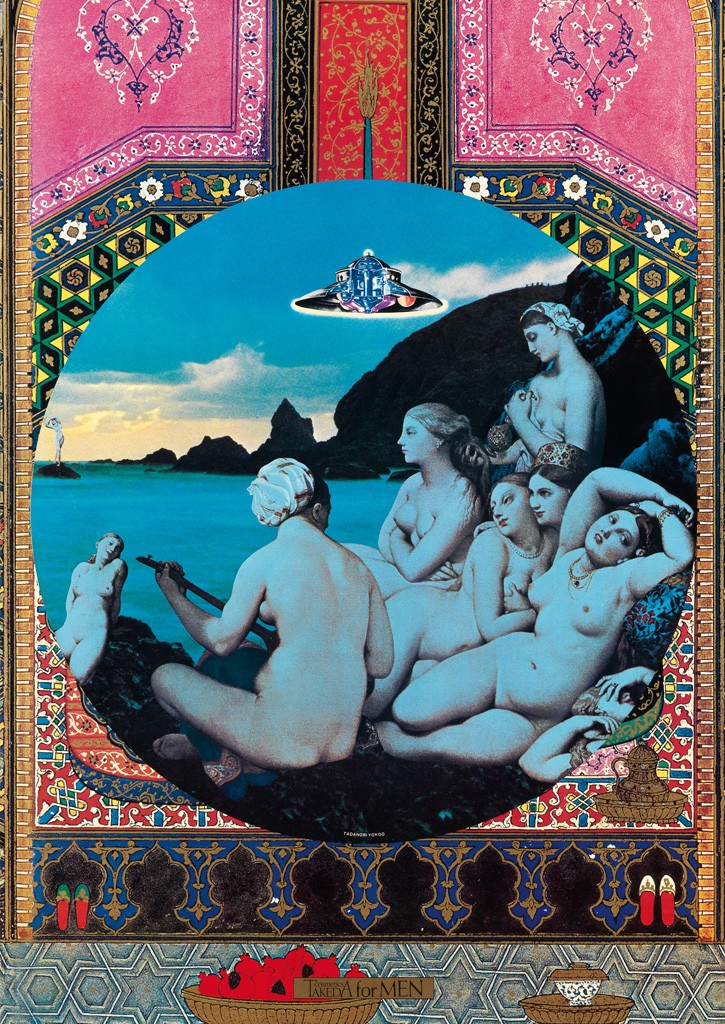 Tadanori Yokoo retired from graphic design in 1981 and began a new career as a painter and designer. In 2012 he donated much of his personal collection to the Yokoo Tadanori Museum of Contemporary Art (previously the Hyogo Prefectural Museum of Art), in Japan. Additionally, he collaborates with designer Issey Miyake, maker of the popular Bao Bao bag. For more Japanese posters, check out lots 462 to 468 in our catalogue. 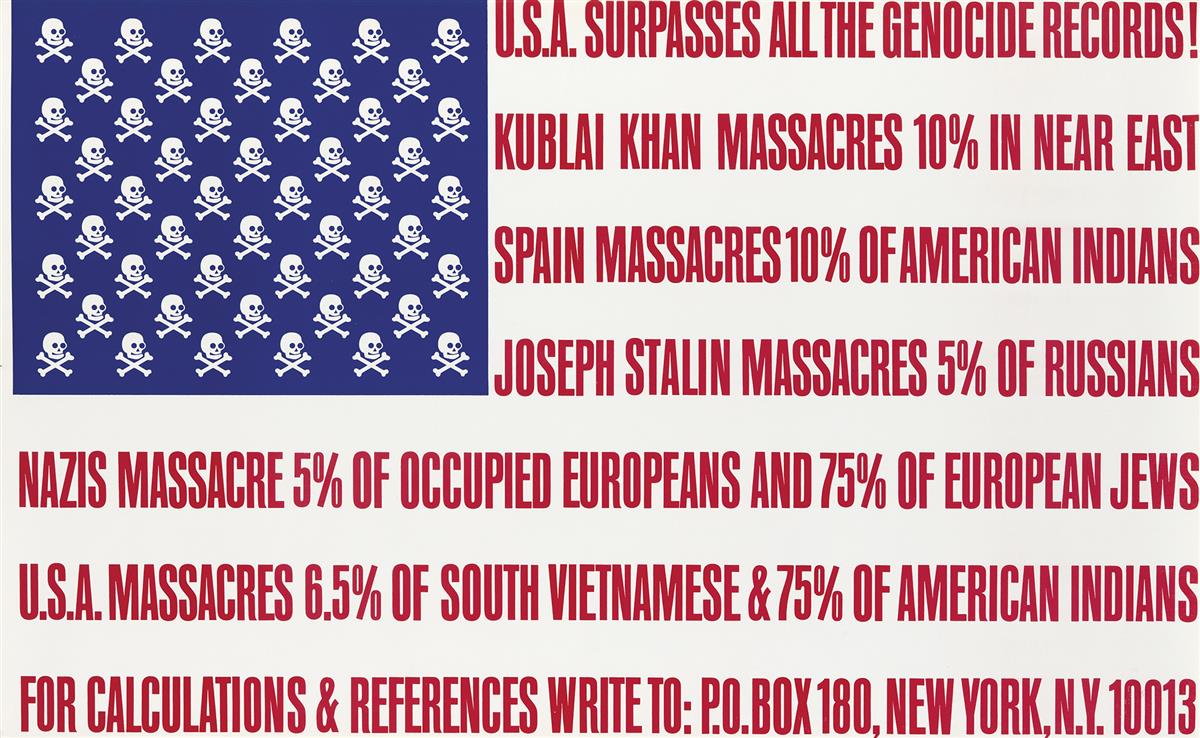