Every autumn we continue our tradition of offering the finest travel posters available. On October 27, the selection reflects the excitement and globalization of the early- to mid-twentieth century, with posters featuring popular new types of transportation to nearly every continent and state. The sale features a run of posters showing early twentieth-century California travel scenes. 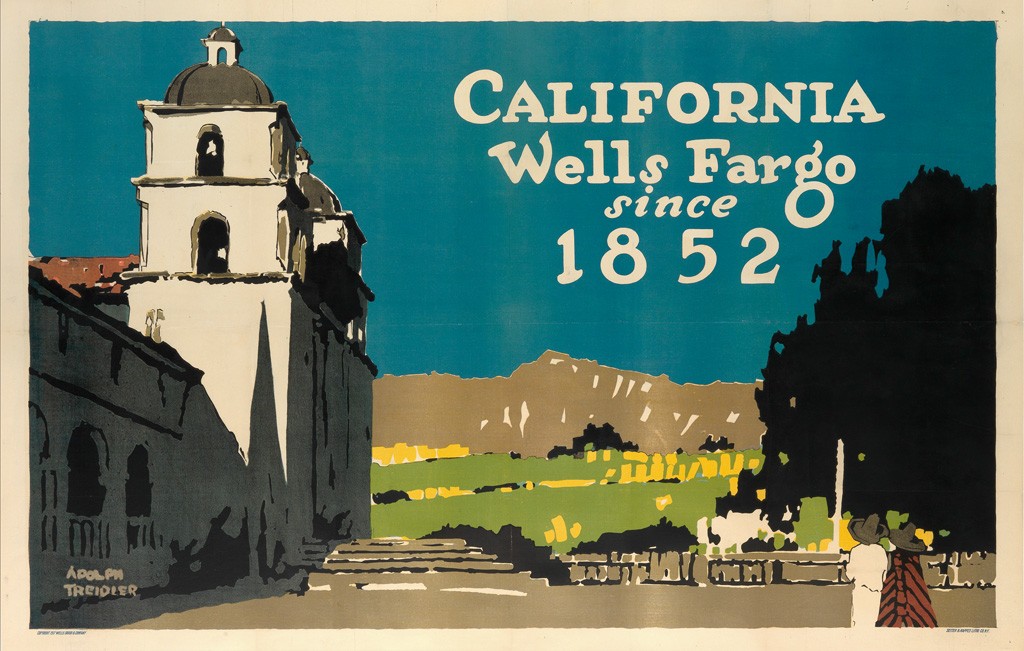 The sale features a run of posters showing early twentieth-century California scenes. Using quaint coastal and mountainous scenes, and myriad modes of transportation, the posters were intended to lure travelers to the Golden State. California / Wells Fargo Since 1852 by Adolph Triedler, 1917, emphasizes the Missionary origins of San Francisco, while 1922’s Celebrate Days of ’49 / The Romance of California reminds potential travelers of the state’s pioneer and gold rush history. 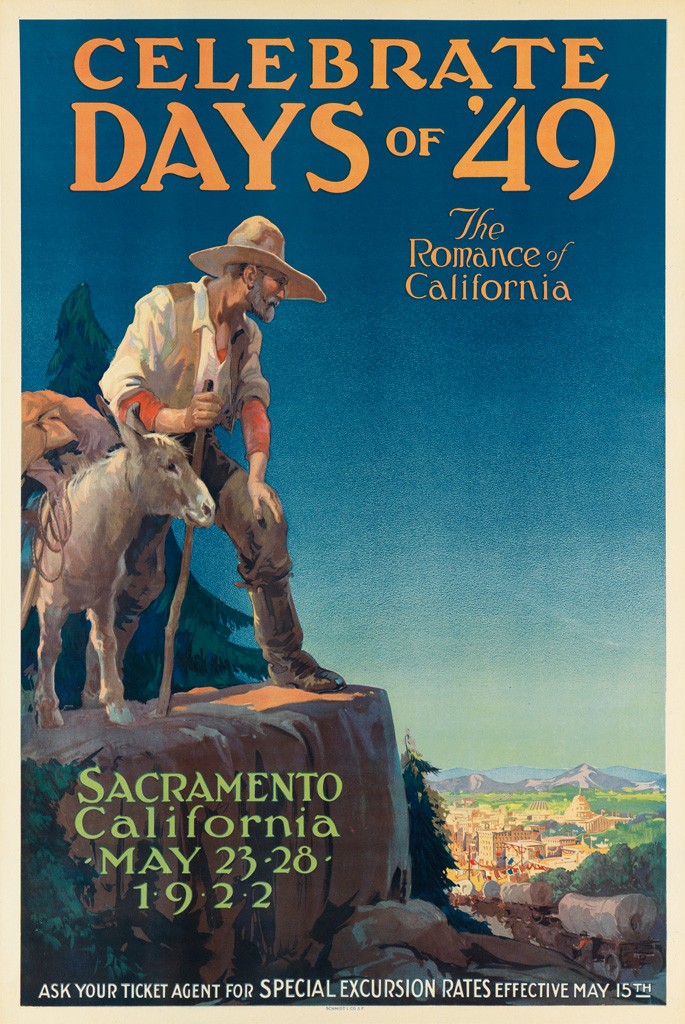 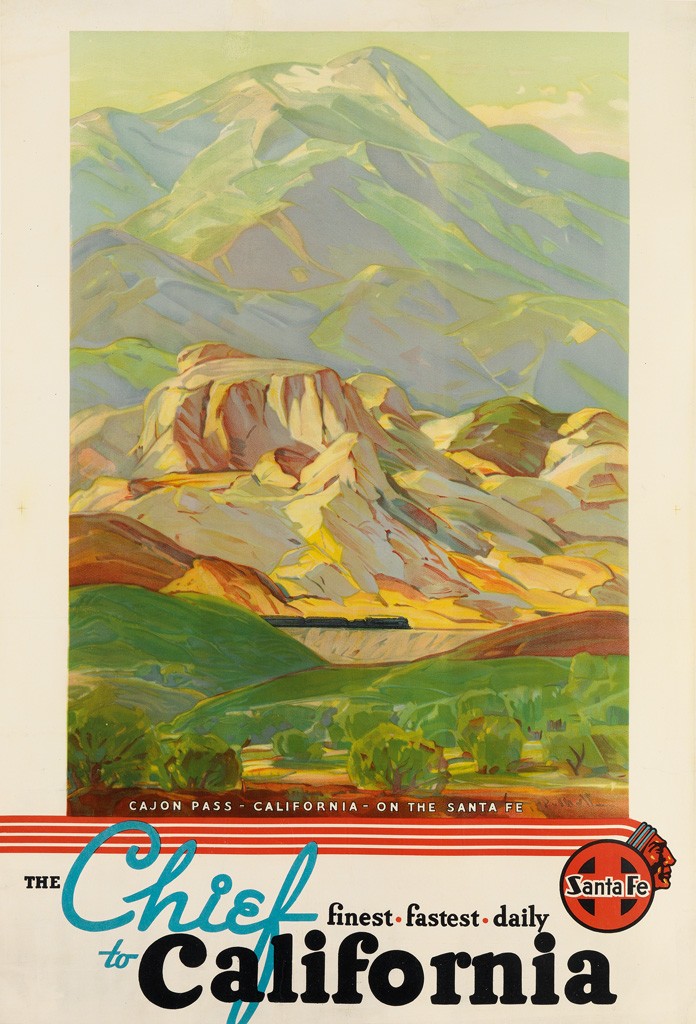 The Chief to California / Cajon Pass shows “The Chief” speeding through the pass between the San Bernadino and San Gabriel mountains on one of its daily trips in 1936. If a train was too slow for you, United Air Lines / Southern California could get you there faster, circa 1952. 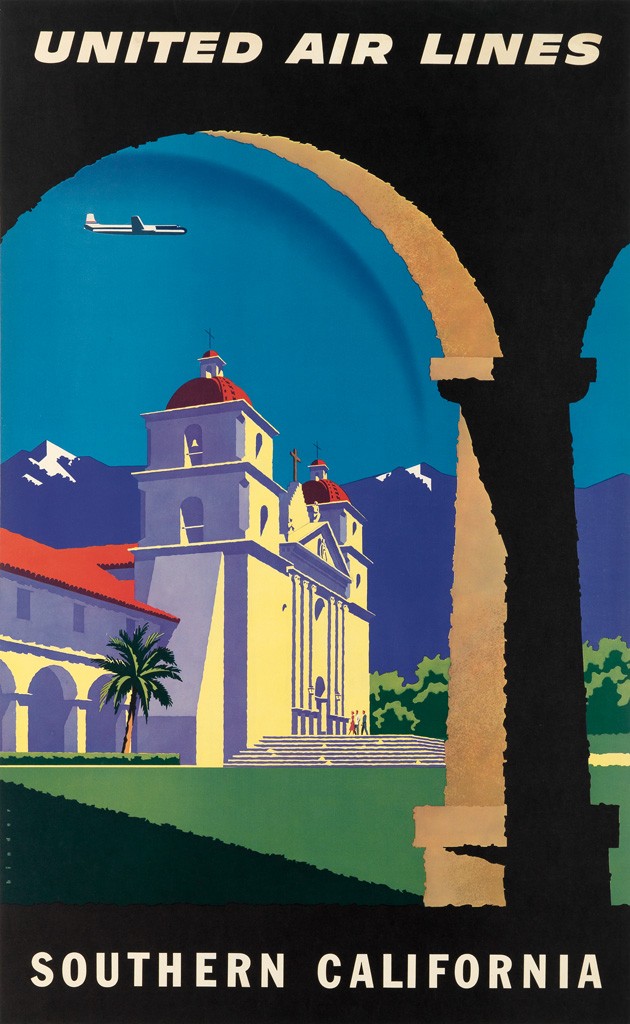 Sidney Armer, a California artist best remembered for the Sun-Maid Raisins logo, is represented here by a rare patriotic poster. In 1907, President Theodore Roosevelt sent the US Navy on a tour around the world, beginning in Hampton Roads, Virginia. Armer’s 1908 poster, California’s Welcome to the Fleet, depicts the excitement of their anticipated arrival in San Francisco. 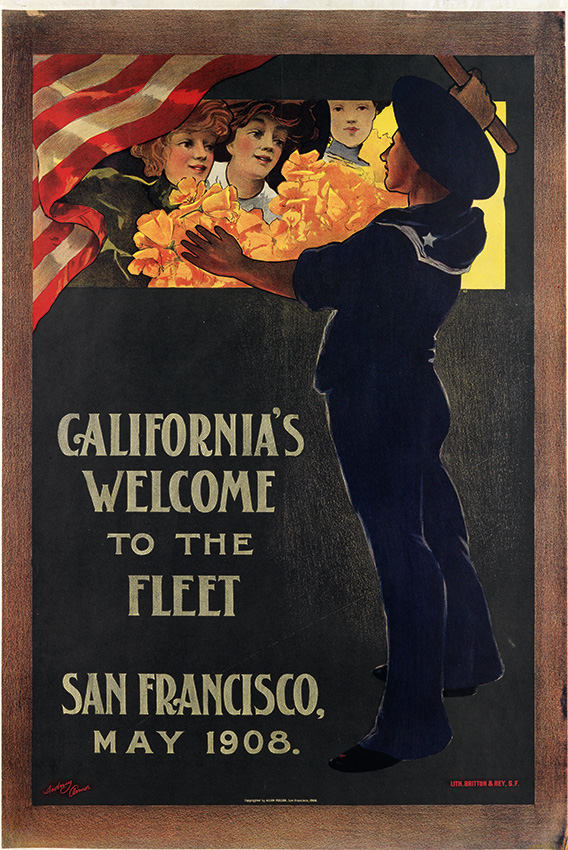 California’s reputation as a surfer’s paradise emerges during the 1950s with bikinied bon vivants larking as a plane filled with newcomers passes in the background. 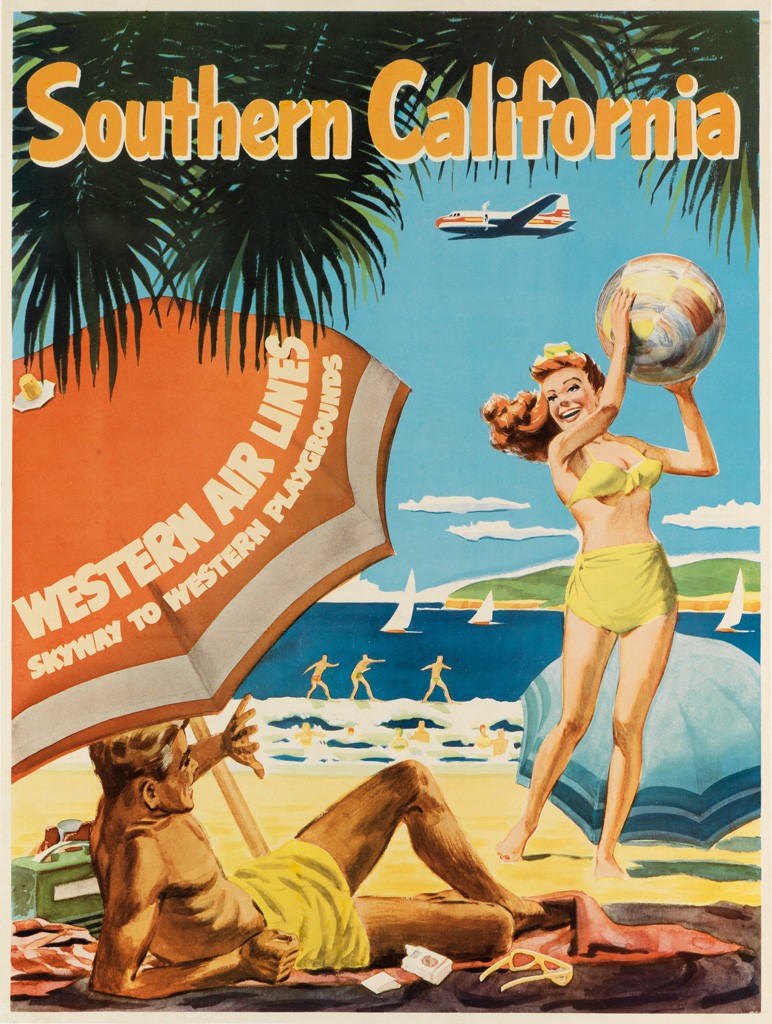 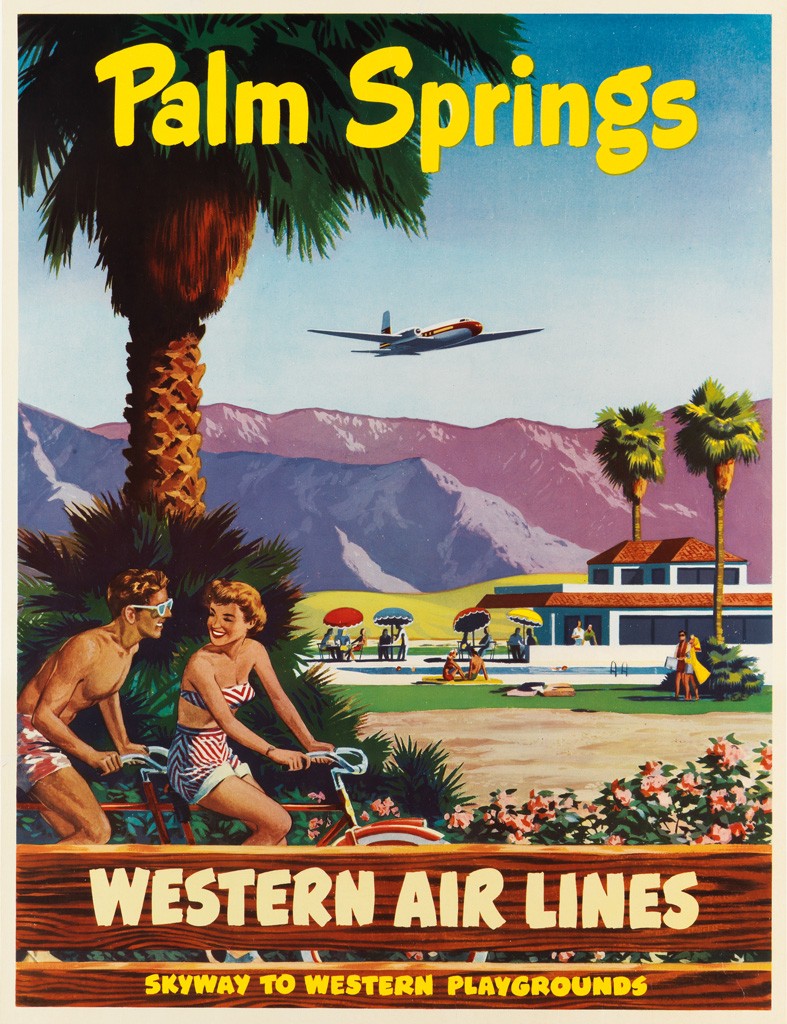 I wish they all could be California posters.