Our October 27 sale of Rare & Important Travel Posters set at least ten auction records. The selection reflected the rapidly changing technology and styles that epitomized the beginning of the twentieth century. 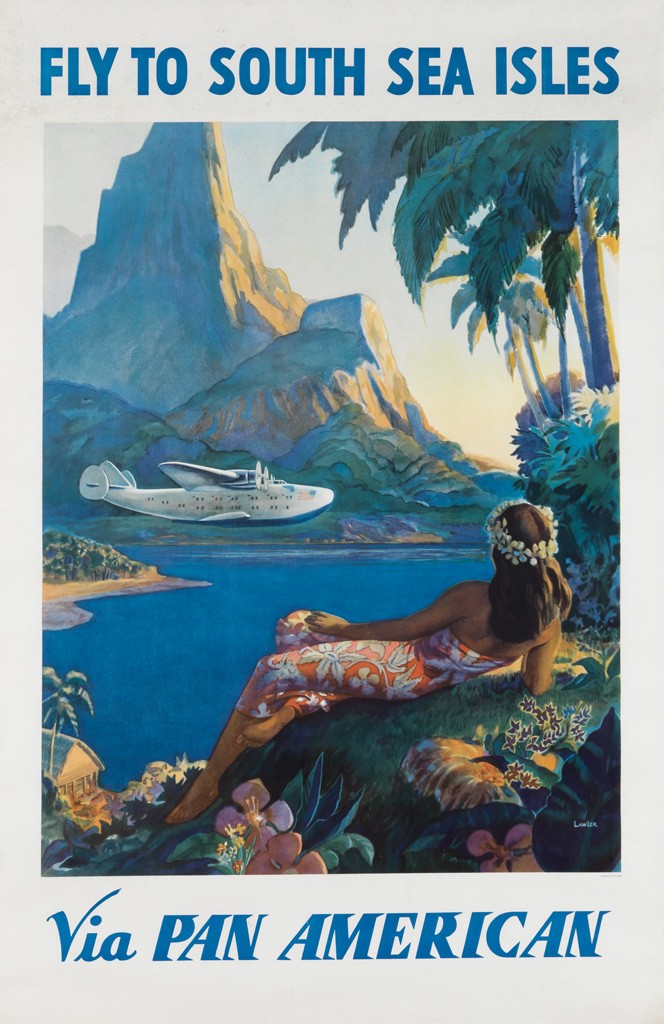 The top lot was a rare example of Paul George Lawler’s iconic Fly to South Sea Isles / Via Pan American, circa 1938, which set an auction record for the artist at $20,000. The image, a variant with text rarely found at auction, features a massive “flying boat.” 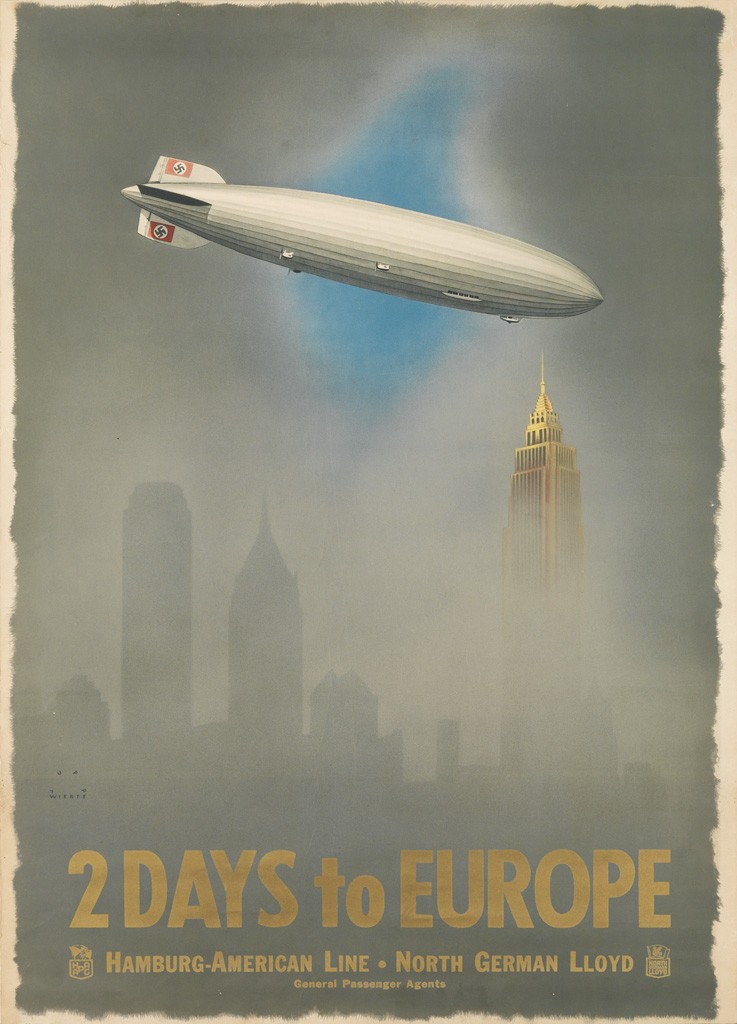 Another example of early aviation advertising is Jupp Wiertz’ 2 Days to Europe / Hamburg – American Line, 1936, which depicts a zeppelin hovering near the Empire State Building; this moody poster sold for $10,000. 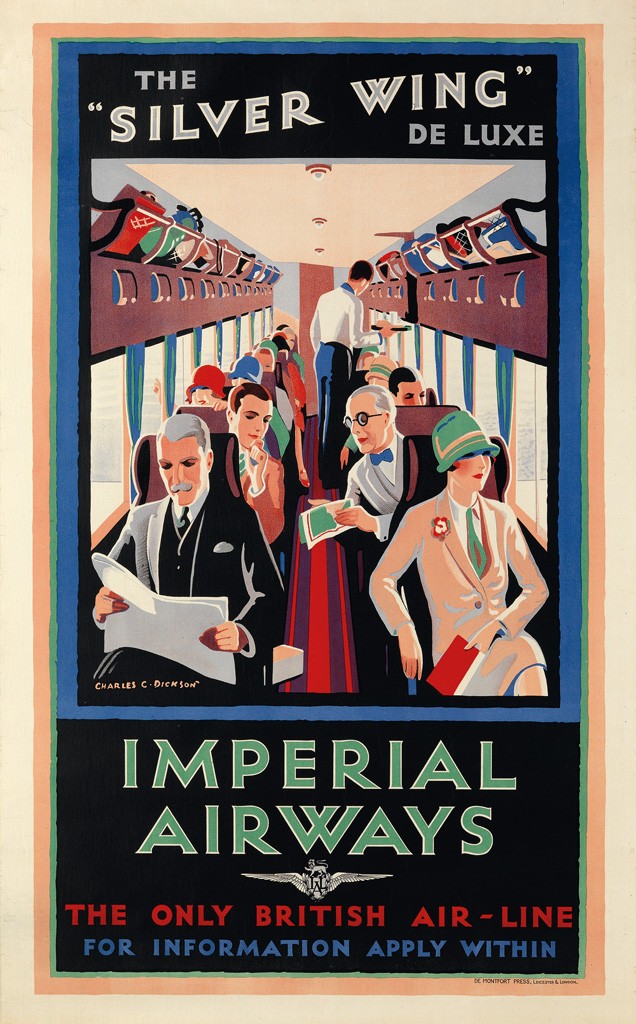 In a similar vein, an early airline advertisement for Imperial Airways / The “Silver Wing” De Luxe, by Charles C. Dickson, circa 1927, shows a passenger sticking her hand out of the airborne plane to wave at a friend on the earth. The charming reminder of just how strange it is to fly sold for $11,875, an auction record for the artist.

Another record was set for Frederic Kimball Mizen’s Fifth Avenue – New York / The World’s Greatest Shopping Street, 1932, which sold for $6,250. The price nearly doubled the previous record, set by Swann in 1999–the only other time this rare poster has been seen at auction. 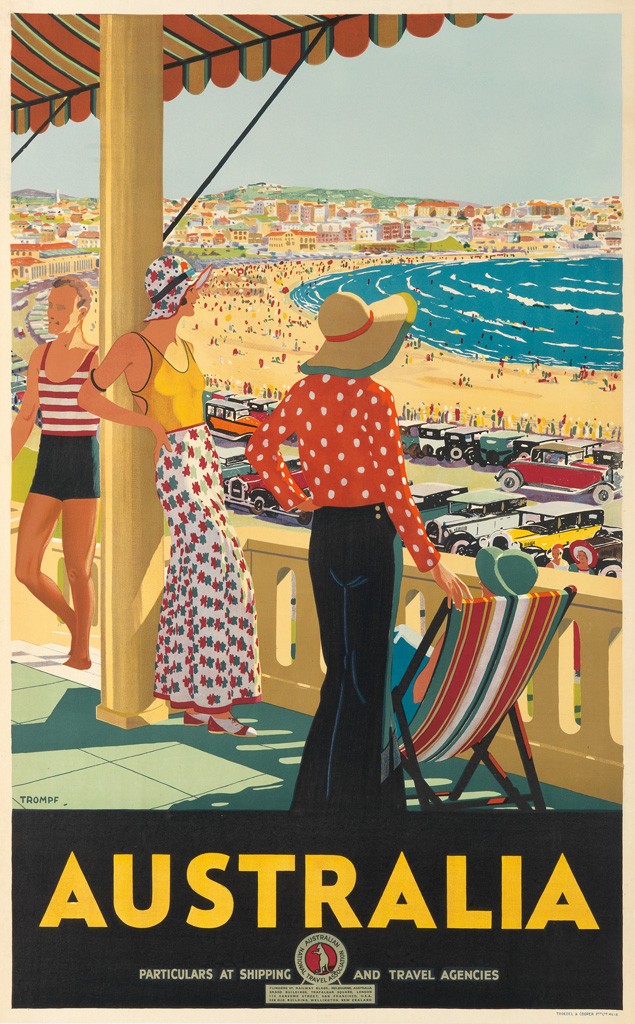 Other notable lots included Percival Albert Trompf’s Australia, 1929. A view of the scenery and fashions at Bondi Beach and one of the first posters commissioned by the Australian National Travel Association, the poster sold to a private collector for $13,750.

For more results, visit the full catalogue. The next sale of Vintage Posters will be Alphonse Mucha & Masters of Art Nouveau: The Harry C. Meyerhoff Collection on January 26, 2017.

Signed First Edition of The Prophet at Auction 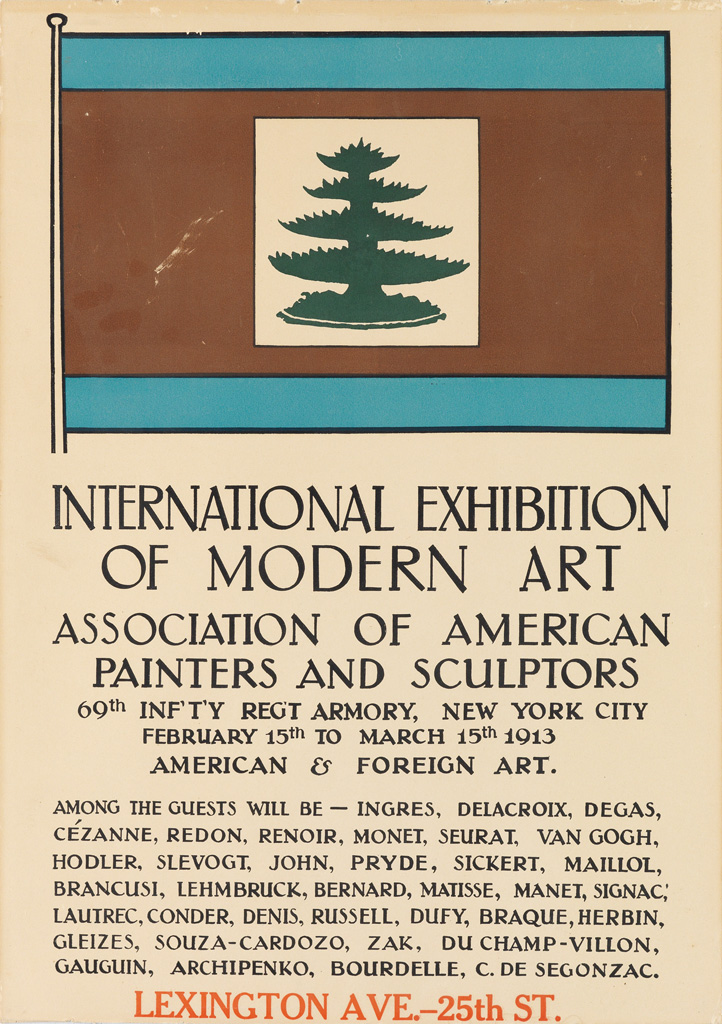