From the Chrysler building to the Flatiron, and the numerous bridges that connect its many boroughs, New York’s architecture has come to stand as a symbol for the city. Our September 20 19th & 20th Century Prints & Drawings auction includes a private collection featuring works on paper that highlight the architectural splendor of NYC. 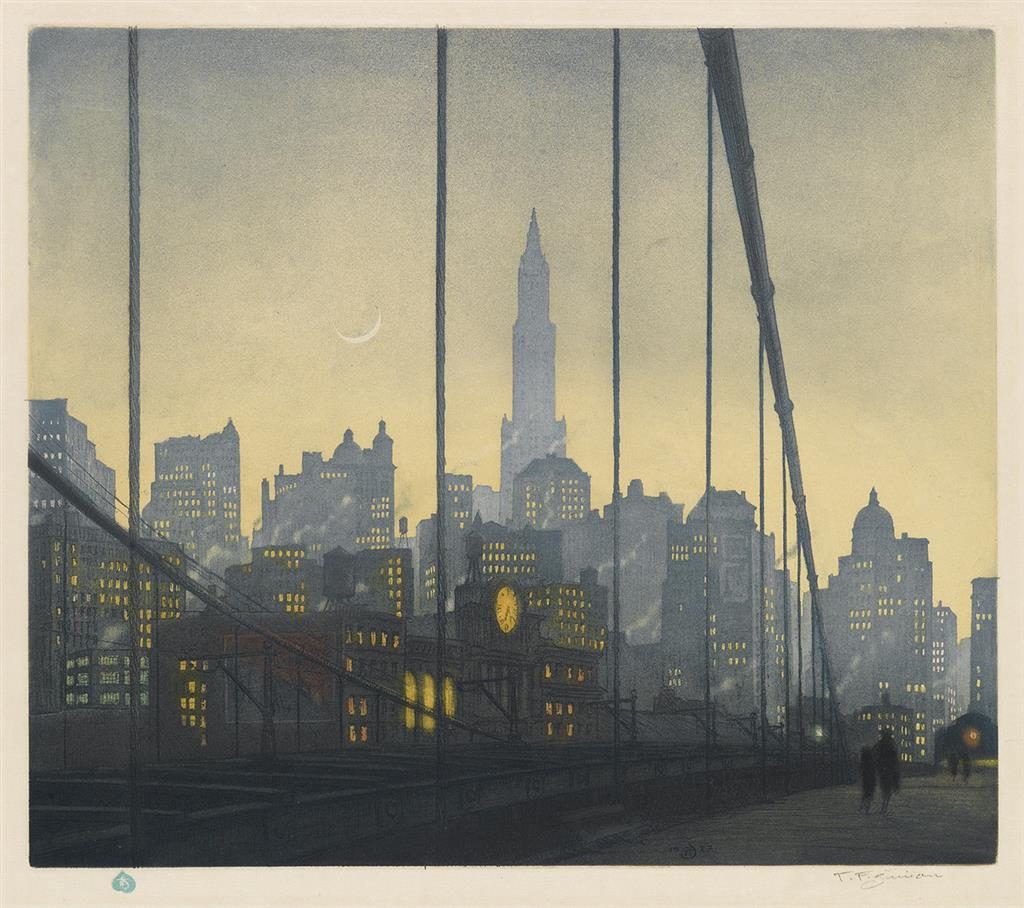 Constructed from 1870 to 1883, the Brooklyn Bridge is one of the oldest surviving roadway bridges in the United States. Since opening, it has become an icon of NYC. Making appearances in everything from art to poetry, comic books, and countless movies, the Brooklyn Bridge has left its mark on history, and was officially designated a National Landmark in 1964.

American Modernist poet Hart Crane published the poem The Bridge: To Brooklyn Bridge in 1930 as an ode to the beloved New York City landmark

I think of cinemas, panoramic sleights

With multitudes bent toward some flashing scene

Never disclosed, but hastened to again,

Foretold to other eyes on the same screen;

And Thee, across the harbor, silver paced

As though the sun took step of thee yet left

Some motion ever unspent in thy stride, –

– Excerpt from The Bridge: To Brooklyn Bridge by Hart Crane

Several of the works in the September 20 auction capture the bridge’s majesty in its earlier days: 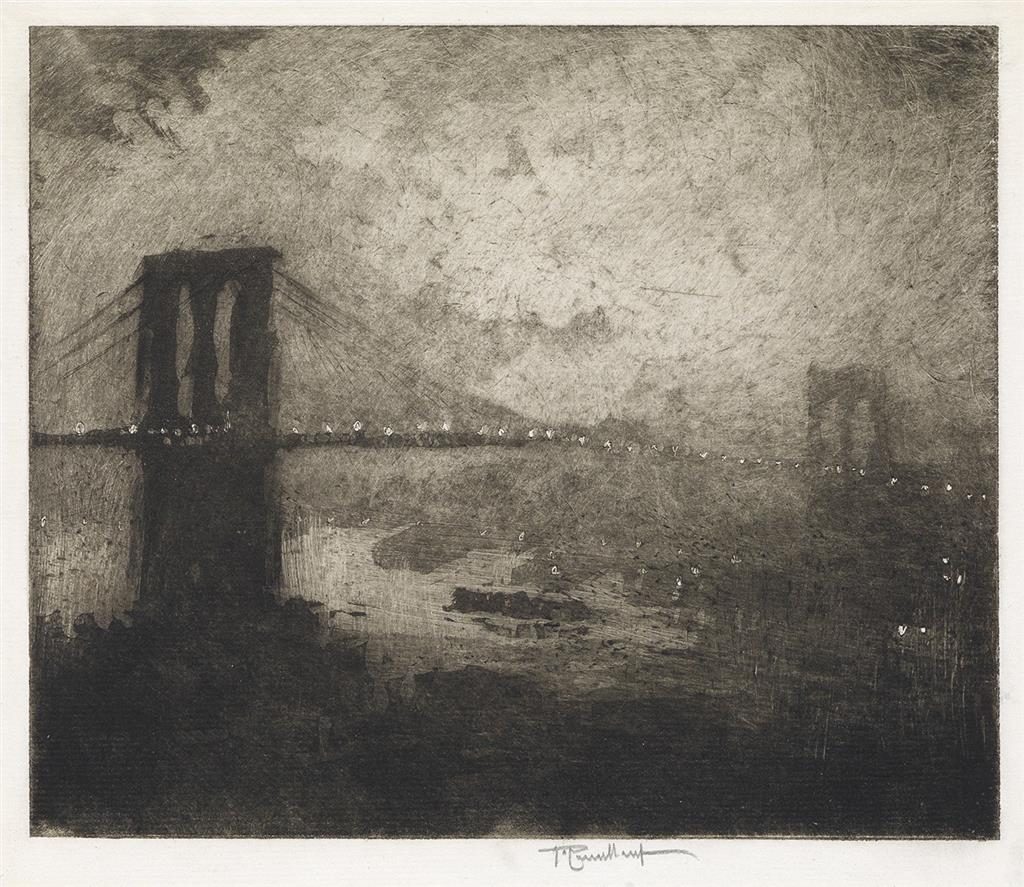 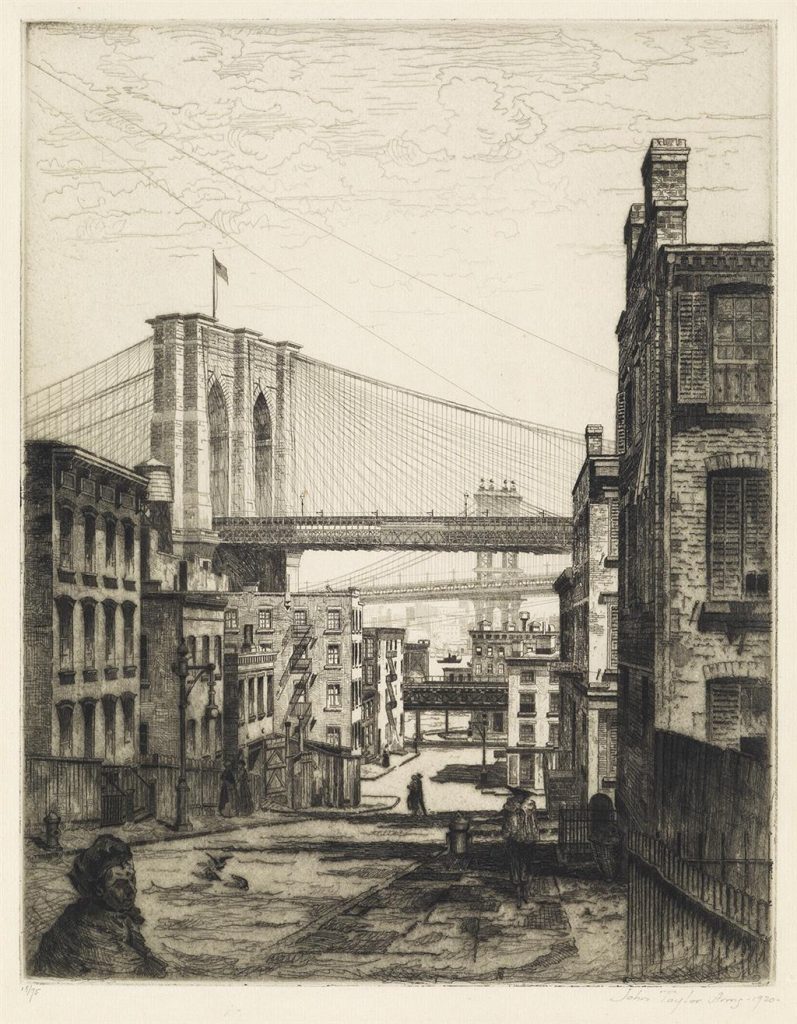 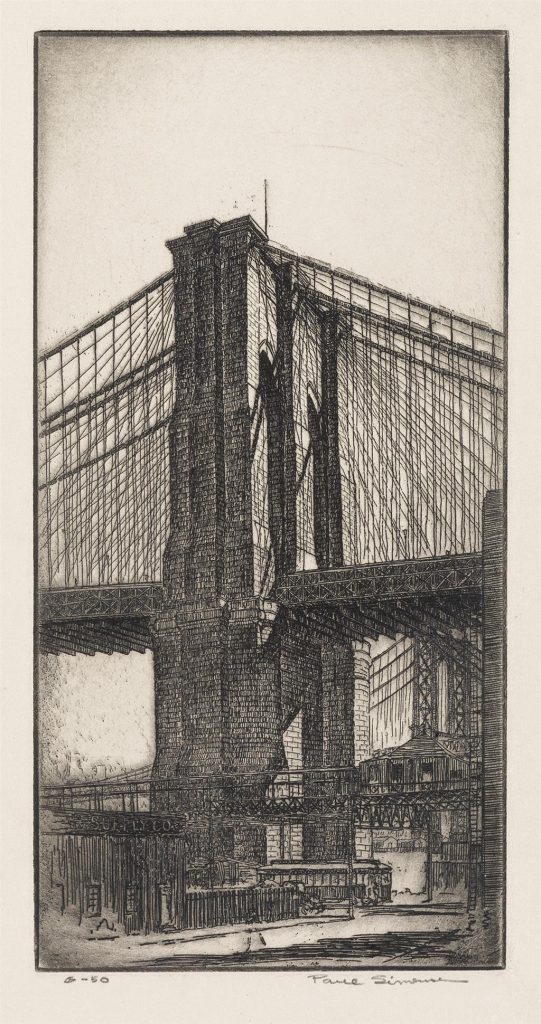 Another architectural standout of NYC is the Flatiron Building. Originally named the Fuller Building, it was completed in 1902, and given the nickname “Flatiron” due to the building’s resemblance of the household appliance of the same name.

At the time of the Flatiron Building’s creation it was considered to be a groundbreaking “skyscraper” and was one of the tallest buildings in the city. The building was designated a National Landmark in 1989. 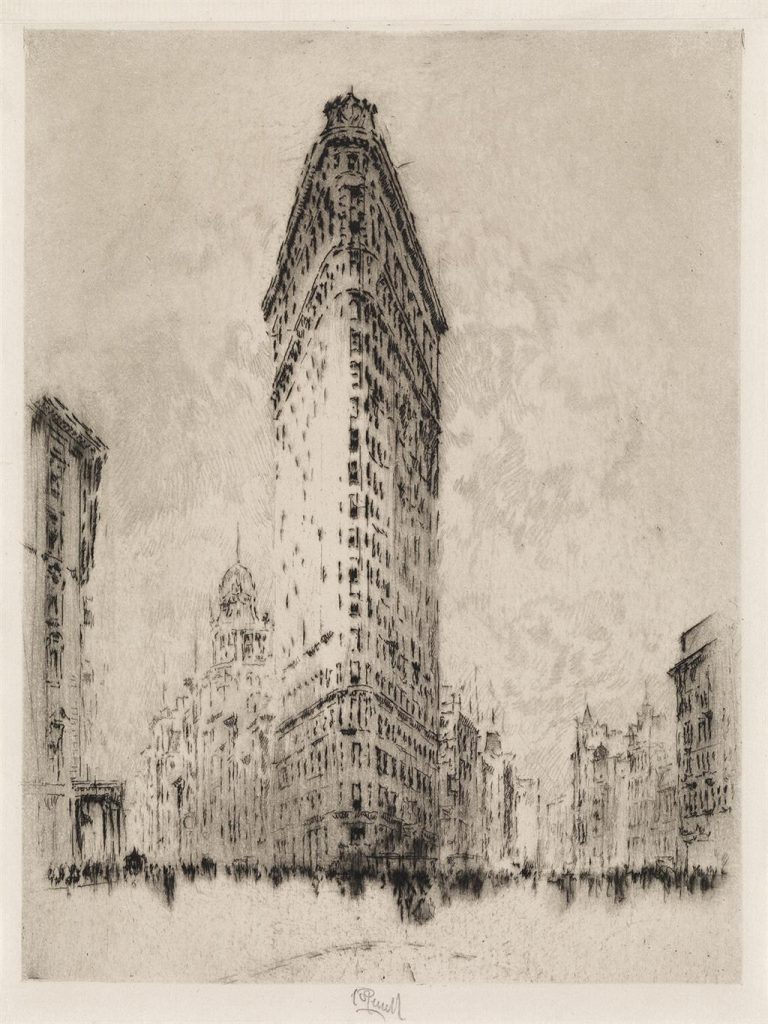 “Architectural Splendor” features one etching of the building from 1904, just two years after its completion. Swann has found only three other impressions of this image at auction in the past 30 years.

While many individual buildings and monuments can stand alone as icons of New York City, it is the skyline as a whole that serves as a visual marker for the rest of the world. Often seen in wide shots of TV shows and movies the New York City skyline has long since been a source of inspiration for artists of all kinds. 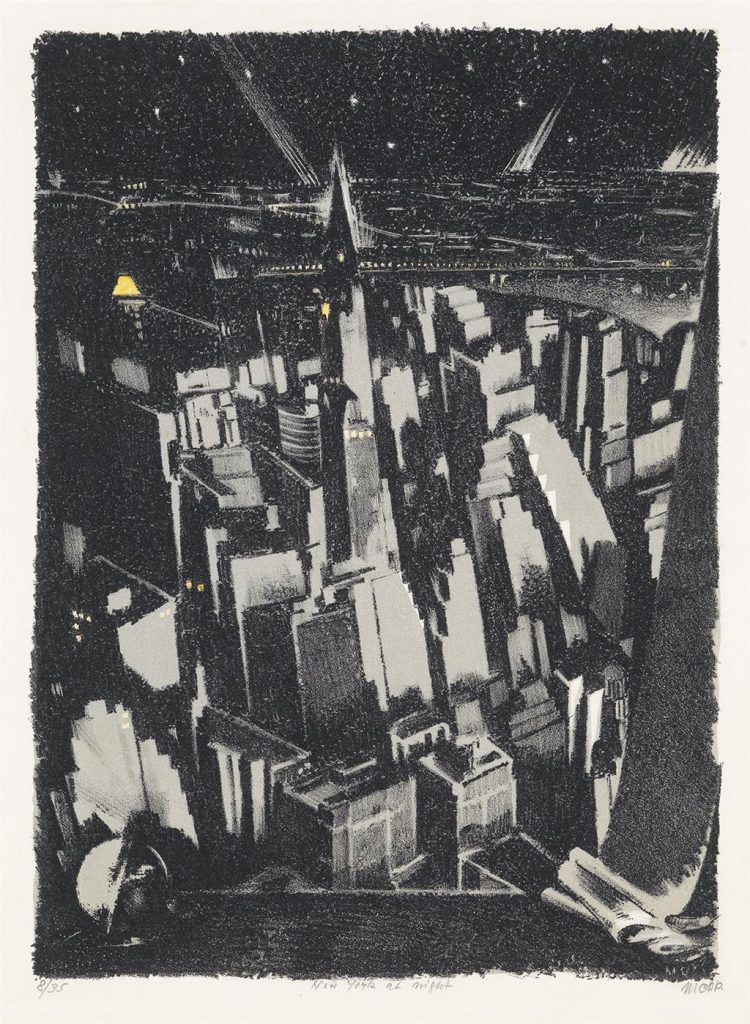 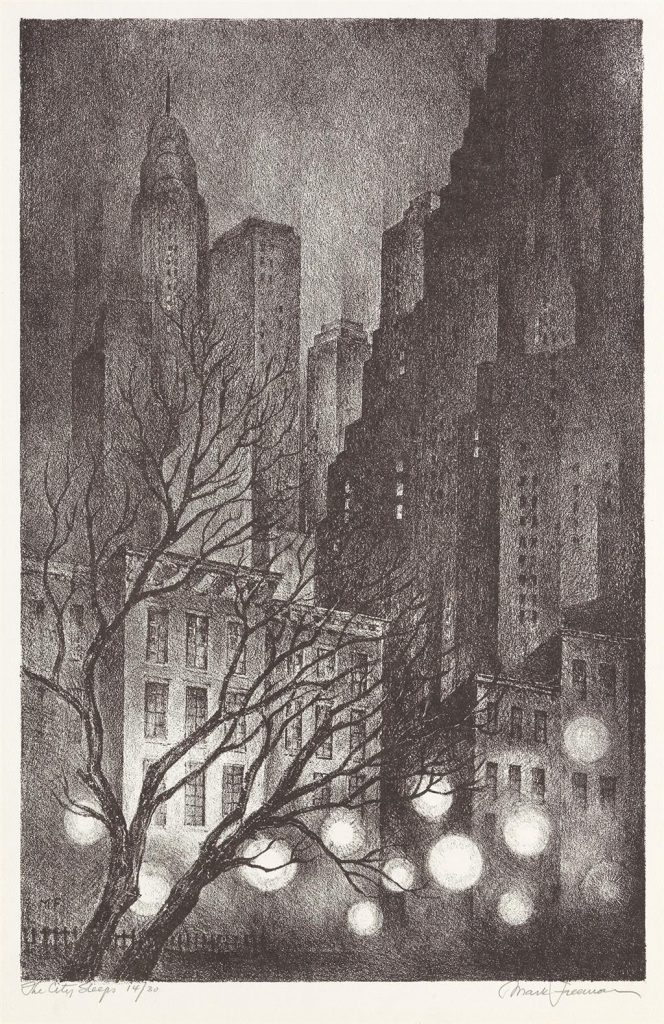 For more in our September 20 sale, browse the full catalogue.

A Look Inside the Catalogue: Rare & Important Travel Posters 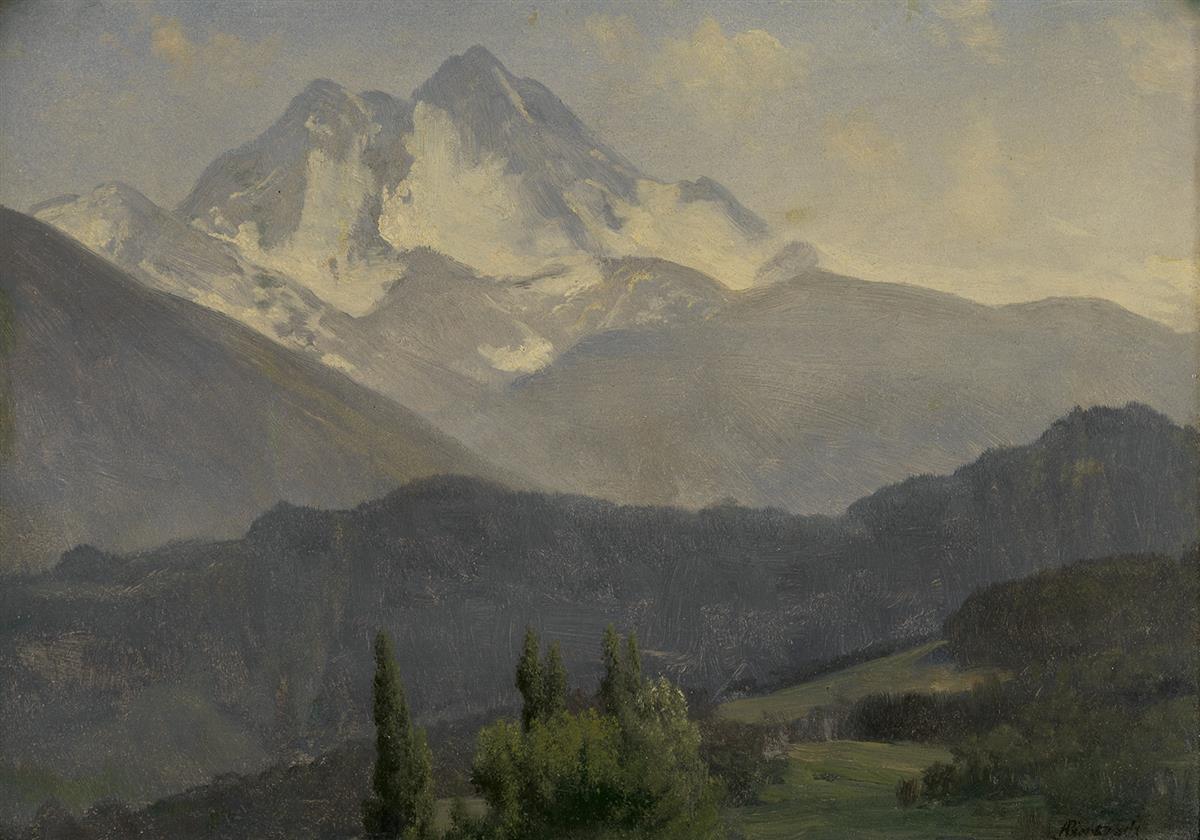 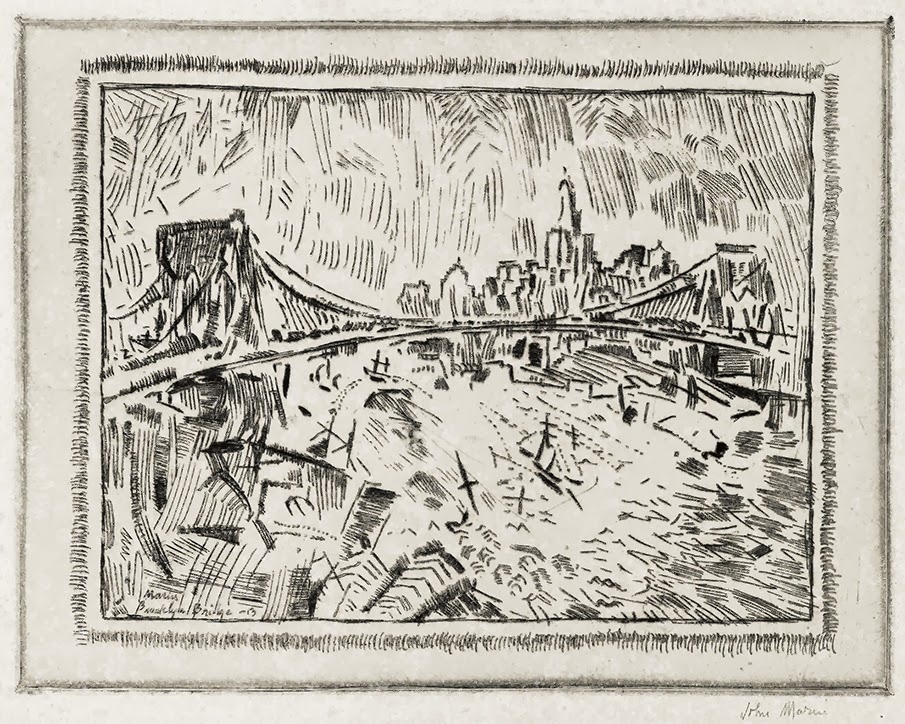