Two extremely scarce prints from William H. Johnson’s Jitterbugs series will make their auction debut with African-American Fine Art on April 5. The series was conceived and executed during Johnson’s tenure in New York in the early 1940s, during the Harlem Renaissance. The series of five images constitutes a significant portion of the 17 known screenprints Johnson made. He worked in the medium for only three years until tragedy struck in 1943: his Danish wife, Holcha Krake, was diagnosed with breast cancer and died just a few months later. It’s impossible to know for sure if these events are related, but the timing is certainly suggestive. 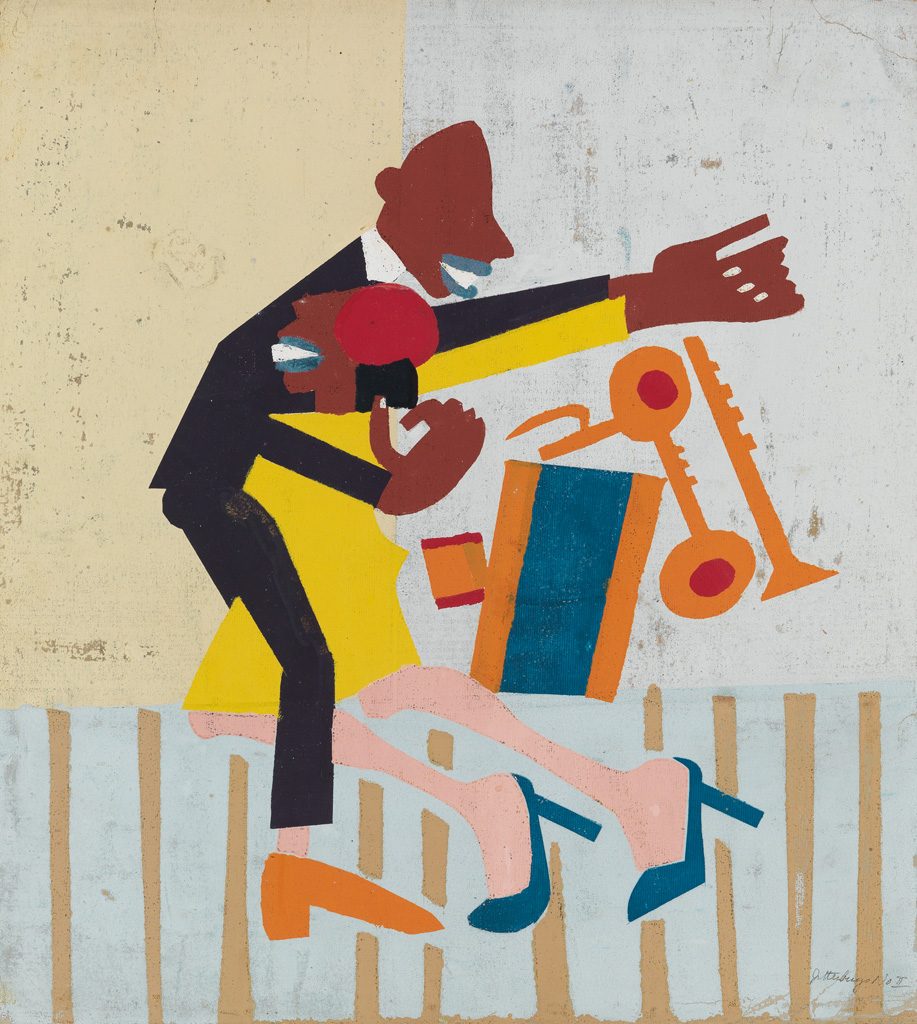 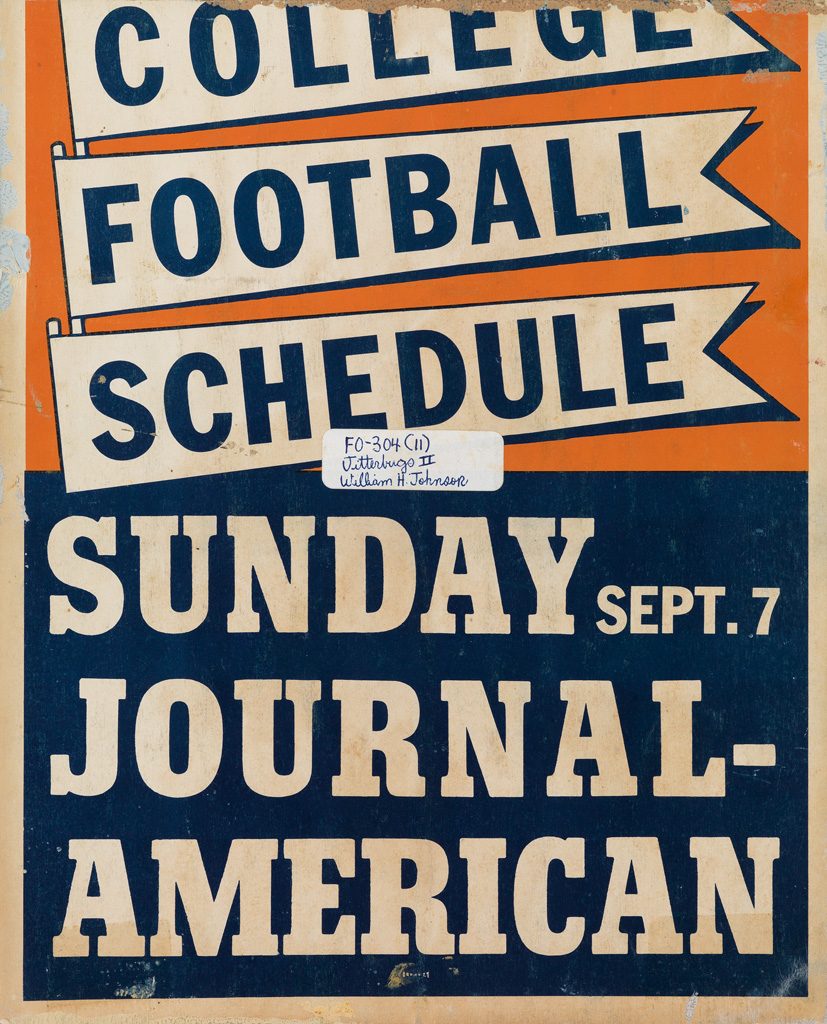 The theme of dancing in a Harlem nightclub was a frequent motif in Johnson’s oeuvre–a circa 1941 gouache, also titled Jitterbugs, is in the collection of the Smithsonian American Art Museum. According to the Metropolitan Museum of Art, fellow artist and friend of Johnson, Romare Bearden, said of their time in Harlem: “Three nights a week, we were at the Savoy Ballroom. Charlie Buchanan, who ran the place, liked artists to come to the Savoy. The best dancing in the world was there, and the best music. When we left the Savoy, we’d go to the after-hours spots….They called us the Dawn Patrol. We moved till dawn, from one after-hours spot to another.” 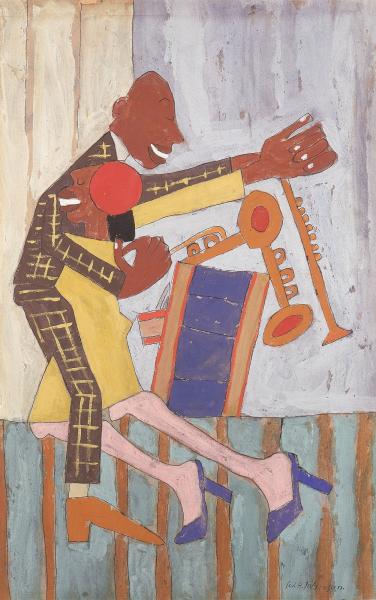 There is a printed advertisement for a football game on the verso; the proof in the collection of the Museum of Modern Art has the same. We know of ten other impressions of Jitterbugs II in public collections: three in the Smithsonian American Art Museum, and other impressions in the Art Institute of Chicago, the Amon Carter Museum, the Cleveland Museum of Art, the Library of Congress, the Metropolitan Museum of Art, the Museum of Modern Art and the Philadelphia Museum of Art. These are experimental and painterly prints, using both screens and pochoir (hand-colored stencils). Each impression is are reminiscent of proofs, and has a slightly different registration.

Also offered is Jitterbugs III. Like its counterpart, this print has never before appeared at auction. On the verso is a another printing of the same image, emphasizing the proof-like nature of the series. 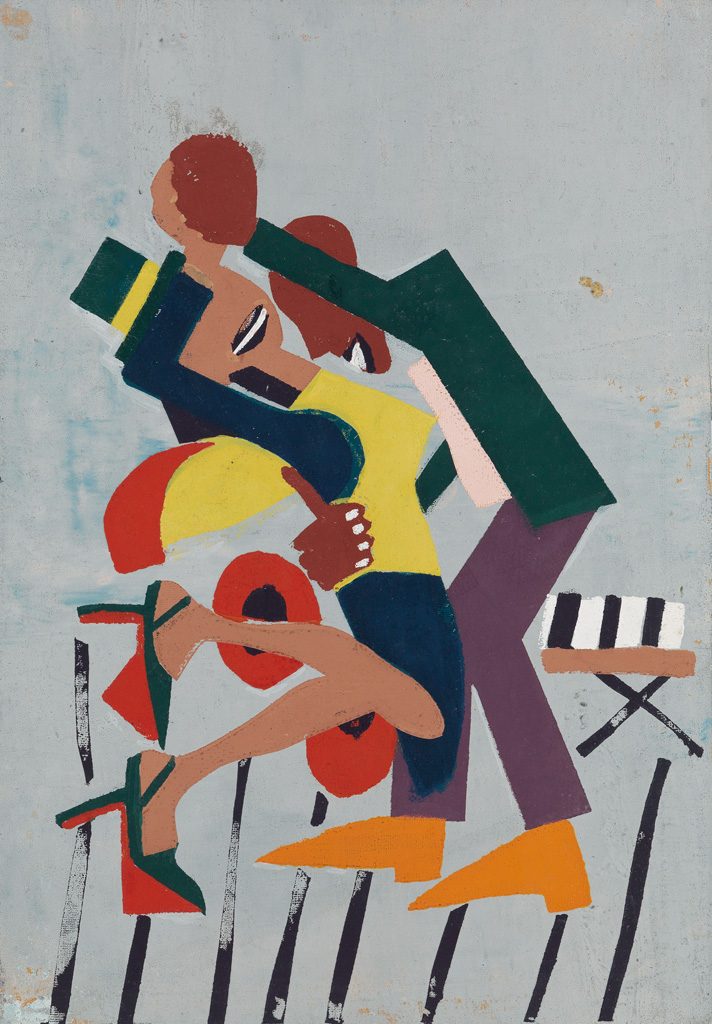 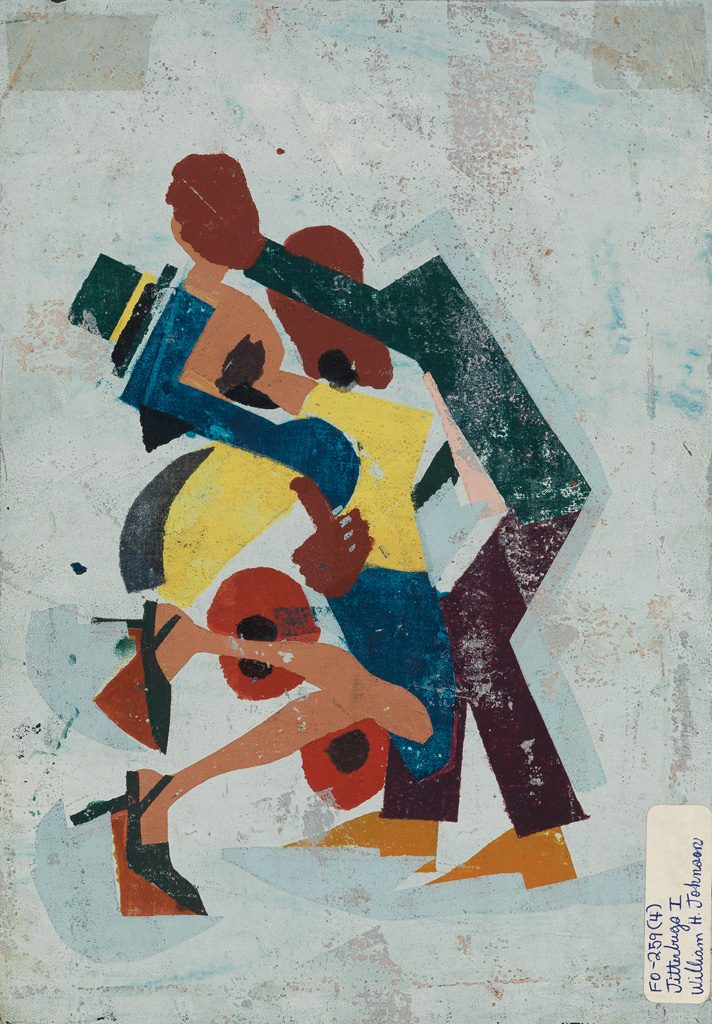 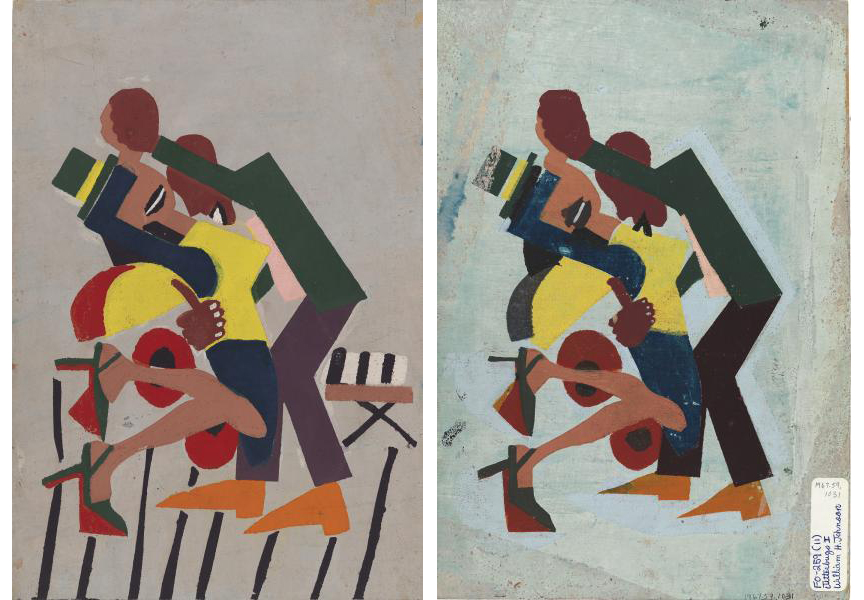 A Look Inside the Catalogue: Graphic Design 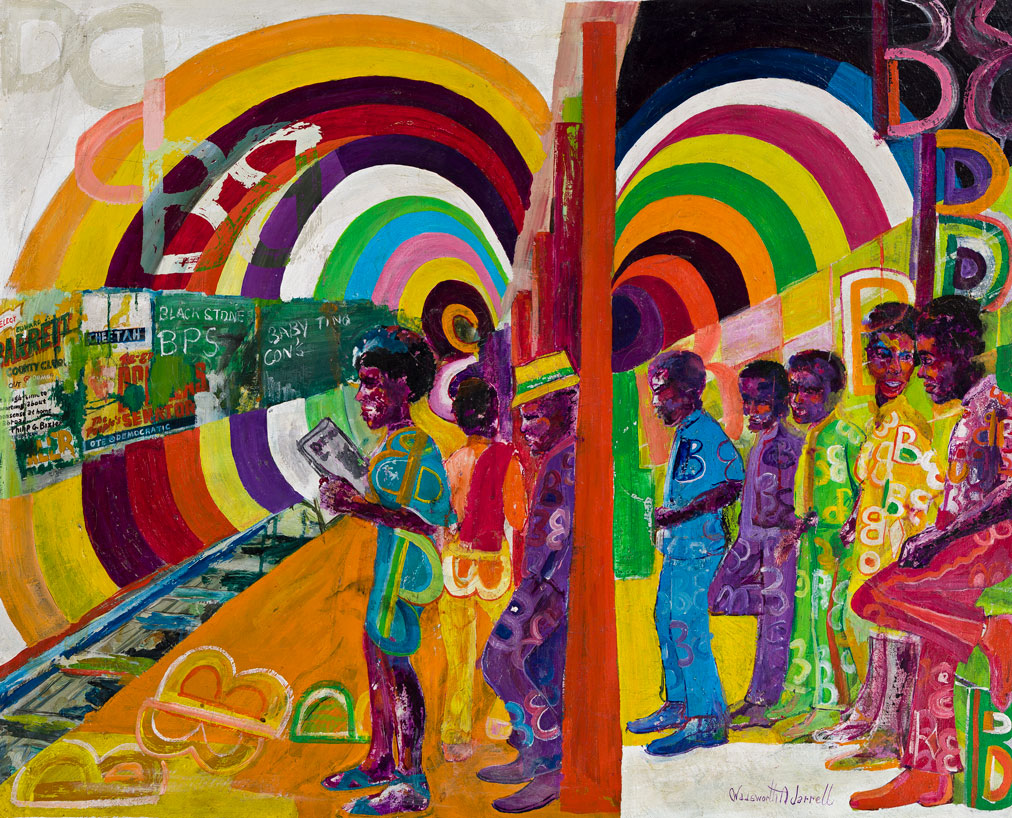 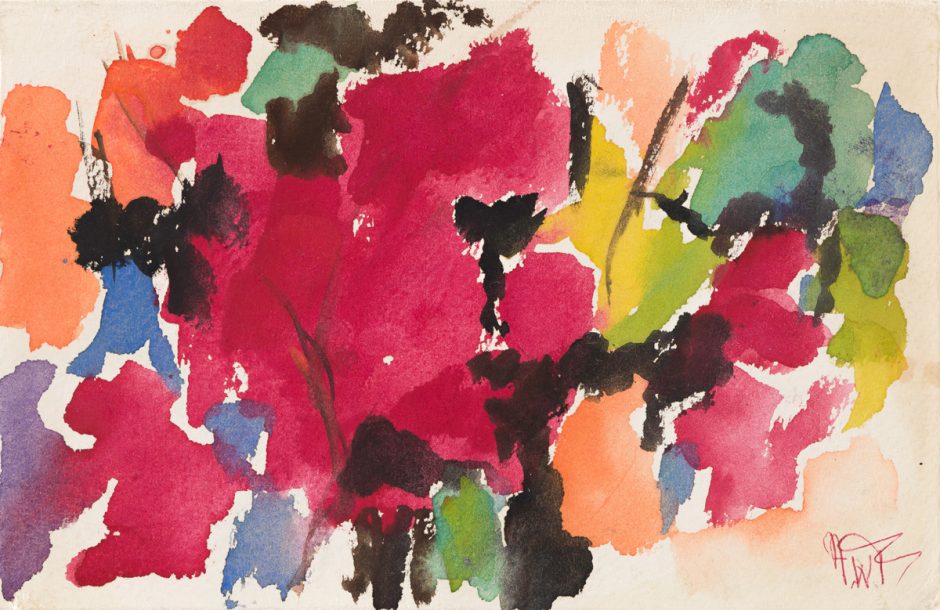