“The Transcendental Club,” as it would come to be known, was founded in Massachusetts, in September of 1836, by prominent New England intellectuals.

Ralph Waldo Emerson, the primary practitioner of the movement, as well as his contemporaries, Henry David Thoreau and Walt Whitman, are featured in our November 13 19th & 20th Century Literature sale.

A first edition copy of Ralph Waldo Emerson’s May-Day and Other Pieces, 1867, is present in the sale, signed and inscribed by the author to his nephew. The copy is one of approximately 100 bound in cream cloth for presentation. 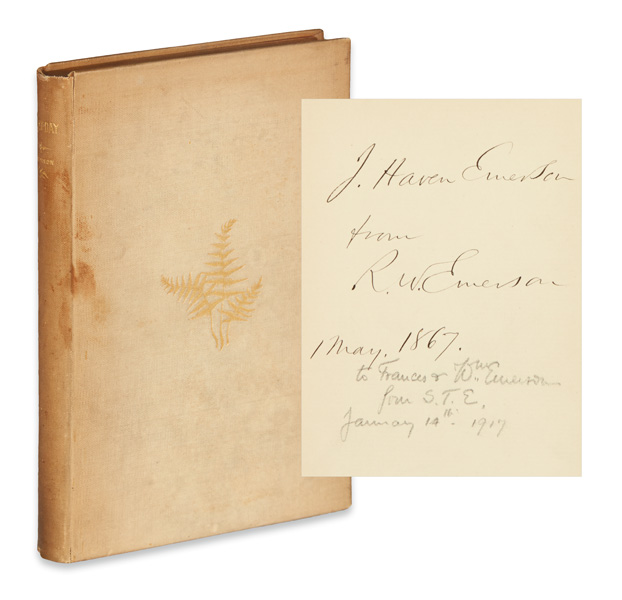 Also by Emerson is a first edition, second issue, of his first book, Nature, 1836, which presented the foundation of Transcendentalist philosophy as it had formed through discussions at club meetings. 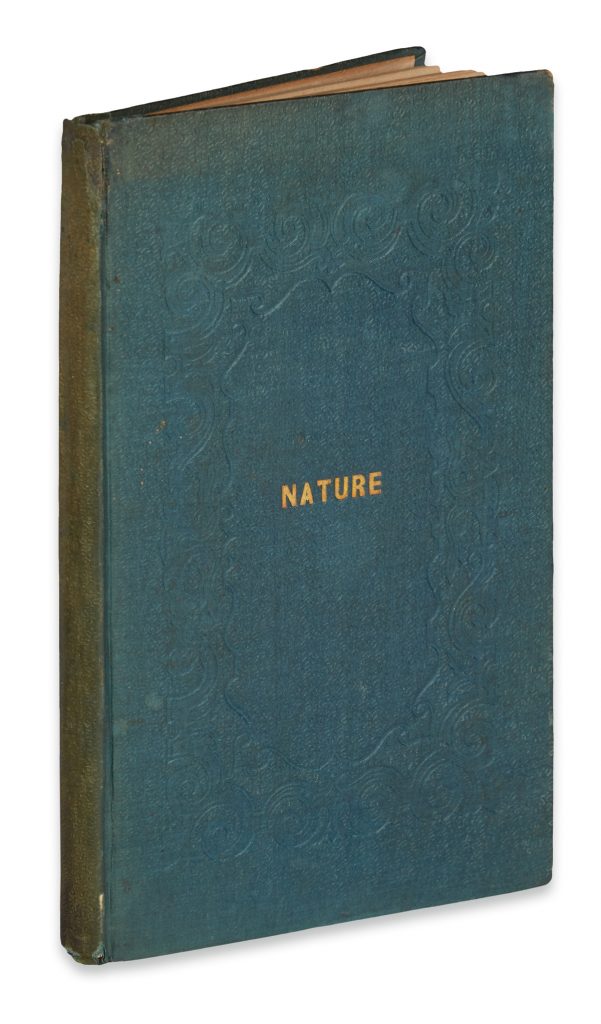 Both works are from the Estate of Kenneth Silverman, a biographer who won a Pulitzer for his 1984 work on Cotton Mather.

Set 70 of the manuscript edition, in original binding, of The Writings by Henry David Thoreau features 20 volumes with an original manuscript sheet from his journal.

The two manuscript pages feature a selection from Thoreau’s Autumnal Tints which concludes with the line containing the titular phrase:

“When you come to observe faithfully the changes of each humblest plant, you find that each had sooner or later its peculiar autumnal tint…” 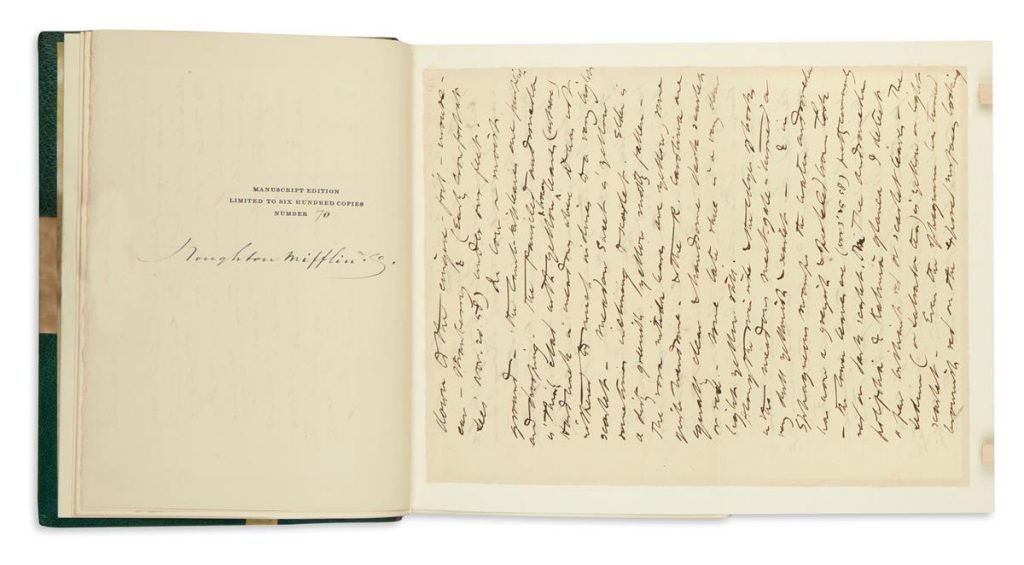 Additional works by Thoreau include a first edition of Walden; or Life in the Woods, 1854, based on the author’s time reflecting upon living in the natural surroundings of Concord, Massachusetts. 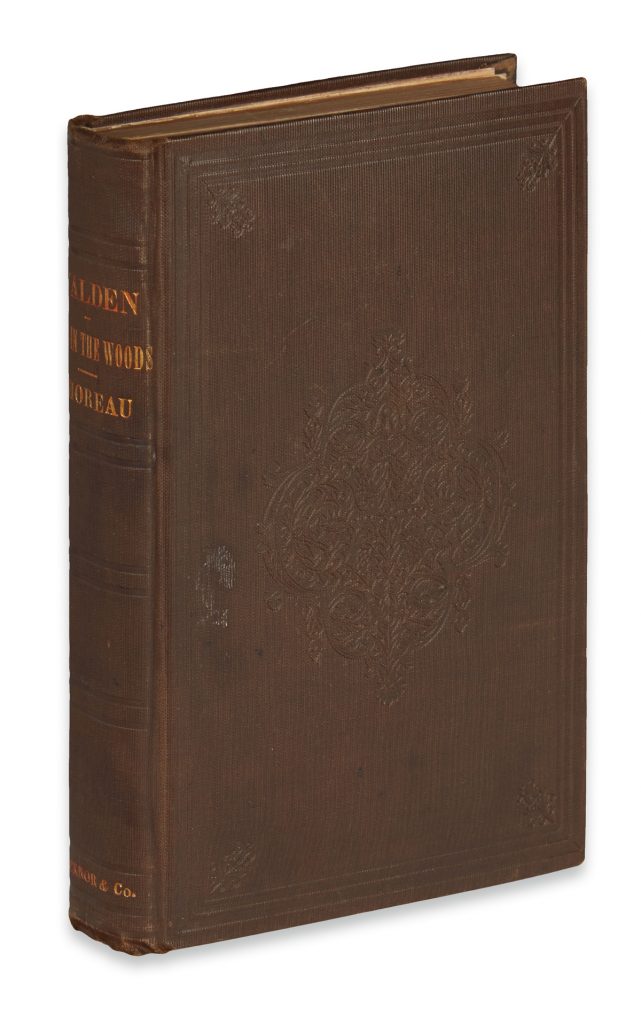 Copies of Walden; or Life in the Woods have performed well at auction in recent years, including a first edition which sold at Swann in 2014 for $16,250.

Two works by the American poet, essayist and journalist Walt Whitman feature in the sale. While often debated as a transcendentalist or realist, Whitman was influenced by Emerson while writing Leaves of Grass and the two shared correspondence on the publication.

An author’s edition of Leaves of Grass, is available from 1876 with Whitman’s signature prominently on the title page. 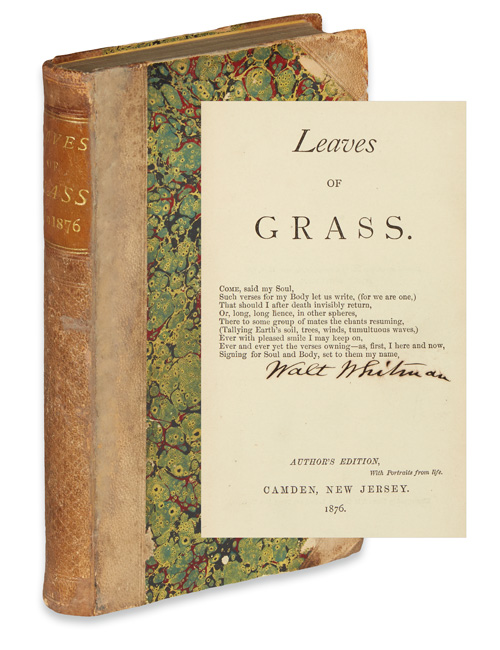 The first collected edition of Whitman’s works, Complete Poems & Prose, 1888, features the author’s signature on the sectional title for Leaves of Grass. The publication also includes Specimen Days and Collect and November Boughs. 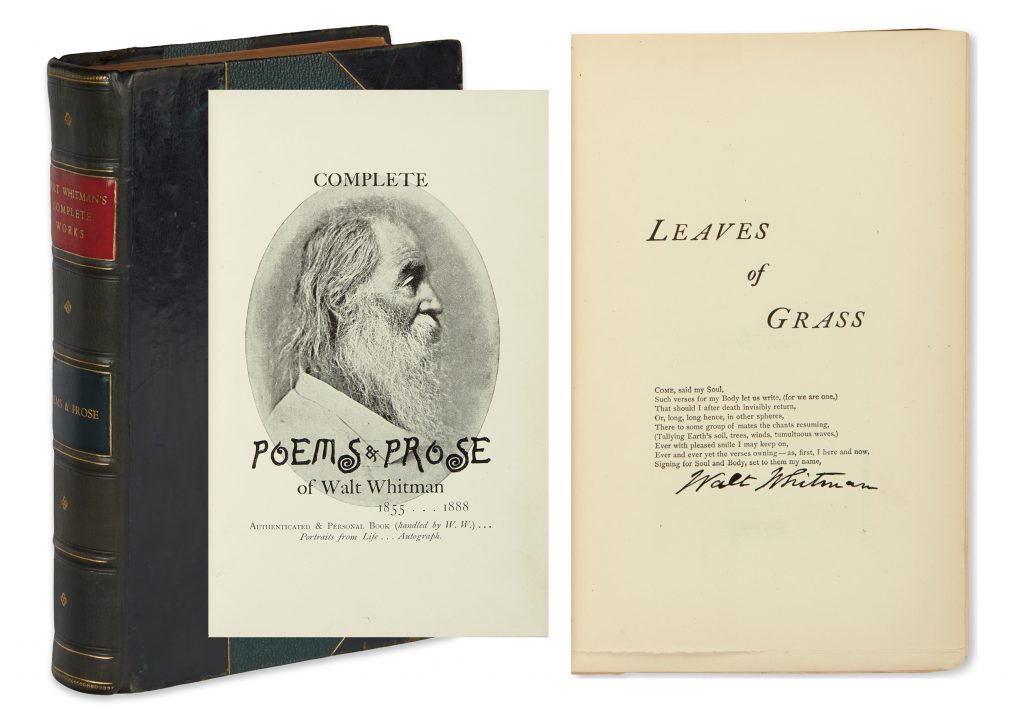 For more in our November 13 sale, browse the full catalogue. 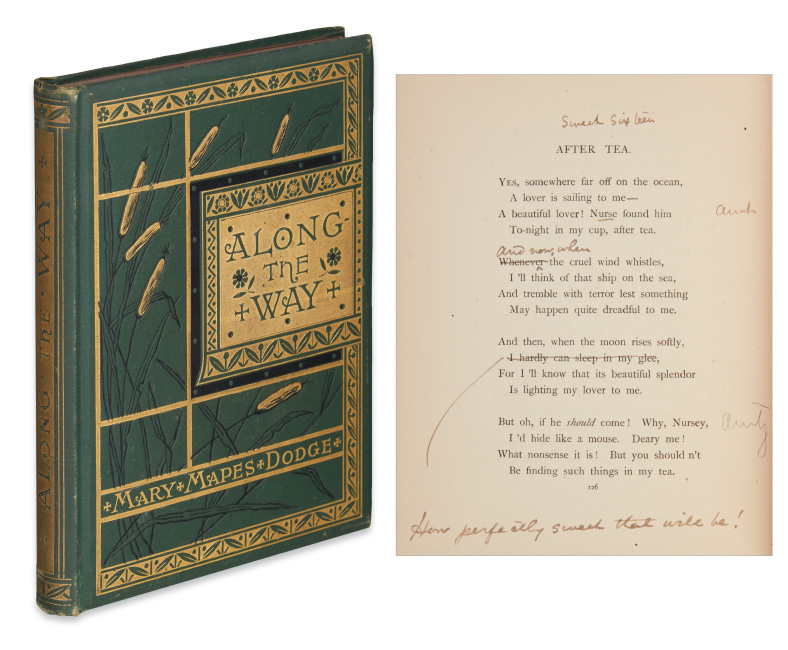 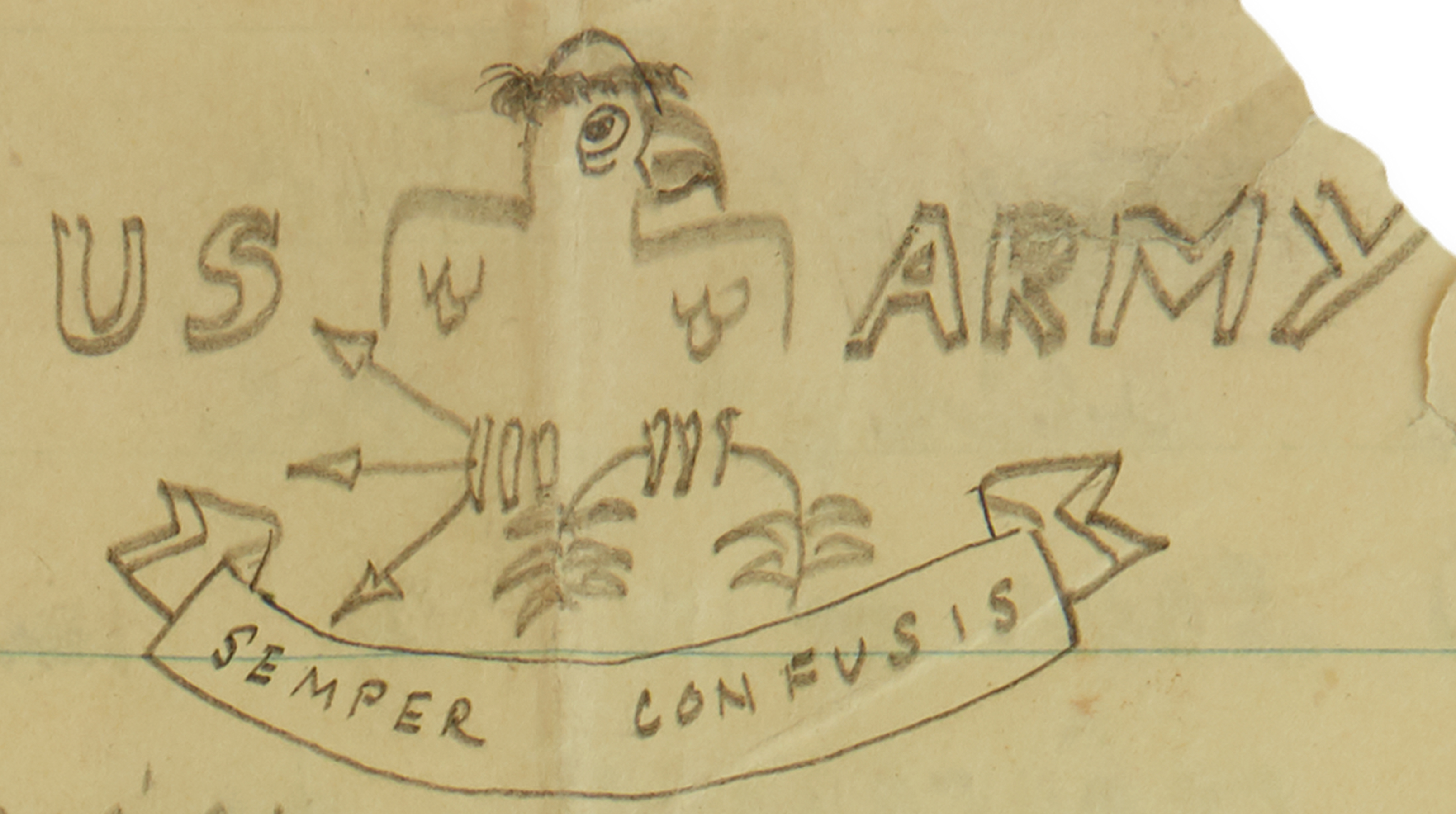