Our Thursday, October 24 sale of Early Printed, Medical, Scientific & Travel Books saw a full auction room and active bidding on the internet and phones with a particular interest in publications by scientists, as well as incunabula, bibles and manuscript publications.

Isaac Newton’s Opticks, 1704, brought $40,000, followed by a 100% sell-through rate for material relating to the acclaimed scientist. Additional highlights included Philosophiae naturalis principia mathematica, the third authorized edition and the last edition to appear in the Newton’s lifetime, sold for $9,375, as well as the unauthorized third edition which earned $6,500.

Further science material included a first edition of Galileo’s 1649 dialogue on the Copernican and Ptolemaic systems, establishing the validity of heliocentricity, which brought $16,900; and a second edition Georg Agricola’s De re metallica, 1561, on the first systematic treatise on mining and metallurgy, garnered $10,000.

Incunabula performed well with “one of the best and most comprehensive of the western medieval lapidaries,” Albert Magnus’s De mineralibus, 1491, realizing $17,500, and a 1480-81 illuminated manuscript by Nicolaus Panormitanus de Tudeschis selling for $11,250.

Bibles and religious texts included a Bible in Latin printed in Nuremberg in 1477 that sold for $9,375 and The Holy Byble, conteining the Olde Testament and the Newe, London, 1585, that earned $6,250. Also of note was Niccolò Circignani’s 1585 publication with 31 engraved plates of Christian martyrdom scenes by Giovanni Battista Cavalieri, after frescoes in the church of S. Stefano Rotondo in Rome, which brought $8,125; as well as the last official papal addition to the Corpus juris canonici with Pope Clemens V’s collection of decretals compiled during 1305-14, Constitutiones, Nuremberg, 1482, realizing $6,250.

Among the unique items was an unpublished Spanish manuscript version of Andrea Alciato’s 1531 Emblemata­—the first and most frequently reprinted emblem book. The late sixteenth- to early seventeenth-century Emblemas brought $11,250. Additional manuscript material featured an eighteenth- to early nineteenth-century manuscript cookbook in English that was won by an institution for $6,500.

Collecting the Papers of Women Artists, Critics, and Dealers: A Conversation With the Archives of American Art 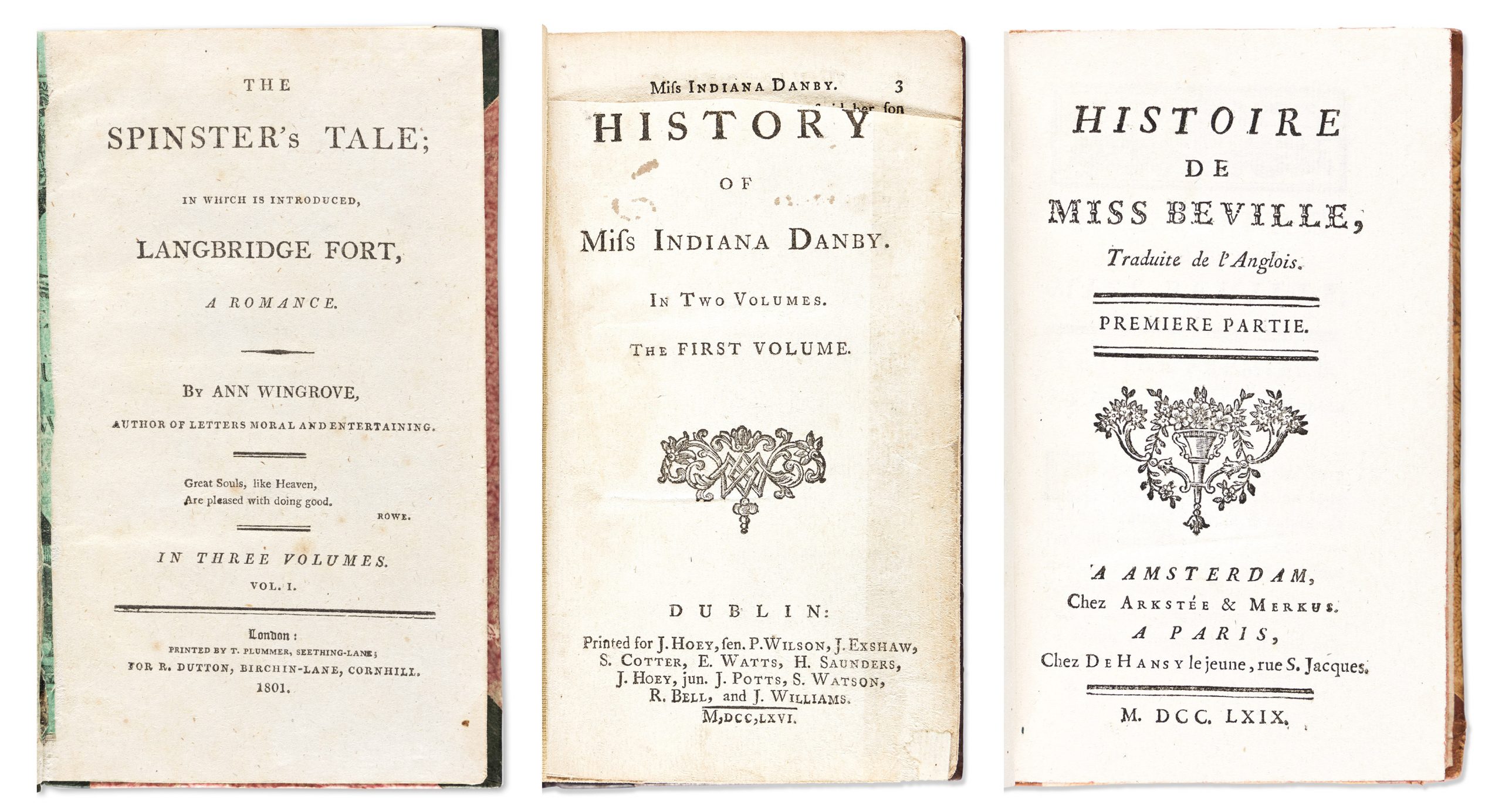 Letters from Us: Epistolary Novels by Women Focus On Women
May 31, 2022