Marco Tomaschett on Autographs and Their Ties to History

Part of what attracts collectors to autographs is the ability of original handwriting to bring us into contact with a person from history. Sometimes that person is someone we admire, sometimes it is someone who horrifies us, and in most cases, it is someone who has exercised power. The power is not always the sort held by political leaders; it might be the power exerted over our imaginations, as in the case of writers, artists, or musicians; or it might the power to inspire us to overcome external obstacles, as in the case of activists, explorers or scientists; or again it might be the inner power of will that is demonstrated by religious leaders, athletes, or those who have shined despite physical disabilities.

It is human nature to be interested in people who influence others. Even if one does not accept the traditional view of history as an account of the actions of people who have changed the course of events—and there are many reasons to be cautious about it—it can be empowering to feel close to the people who have wielded power.

If history is not determined by supernatural forces, or fixed by technological or ecological causes, then it makes sense to see human actions as playing a central part in history. Since the appearance of writing over 5,000 years ago, people have been influenced by the symbolic representations of the actions of others. The effectiveness of those symbols has increased dramatically with the introduction of the printing press, radio, television, and computers. Mass media has become so important in today’s world, that it is itself a subject of academic study; there are few areas of society it does not touch. Of course, long before media became an academic discipline, there was awareness of how media could be employed to effect change.

In this two-part series, Marco Tomaschett, our autographs specialist, takes us through a few autographs in our July 30 sale of Fine Books & Manuscripts that touch on these ideas. Below are those by notable performing artists: George Bernard Shaw and Enrico Caruso.

George Bernard Shaw, who died before television came to dominate the globe, wrote his plays, novels, criticism, and pamphlets in the hope that his words would help improve society. Although his world was populated with words and their impact, he was, nevertheless, acutely aware of the power of the image.

In the autographs section of Swann’s July 30 Fine Books & Manuscripts auction, we see a photographic portrait of Shaw that bears Shaw’s signed inscription, “I am not really much like this: the lens has distorted me; but it is like the popular notion of me; so let it pass.”

From the introduction of photography, the medium was used to stimulate memories of encounters between people; later, it was used increasingly to promote the image of people one had never met. Shaw may have inscribed this photograph to someone he knew well, but the inscription suggests that he expected some to view it whom he had not met, and that the image, even if inaccurate, would produce a desirable effect. Just as you cannot accuse fiction of deception, Shaw seems to acknowledge here that there is no transgression in controlling the influence of one’s image.

As was claimed by nearly everyone who heard his voice, the singing of Enrico Caruso was extraordinary; although the tenor could sweep from the baritone range up to high D-flat, there were many whom his voice did not reach. In addition to his ability to move us through the ears, Caruso could translate his gregarious personality into drawings to amuse us through the eyes, and he would often give away the playful caricatures of himself and others as mementos, thus bringing his talents to those who had not attended his concerts. Seeing these self-deprecating self-caricatures gave a mental picture of the approachable man whom the newspapers praised so glowingly.

The musicians section of the July 30 auction contains a number of Caruso’s caricatures of himself and others, but there is a group among them of special interest. These drawings, all signed—likely in 1908—were produced for the purpose of being included in a book: Caricatures by Enrico Caruso. Caruso’s friend, Marziale Sisca—owner of an Italian-language newspaper in New York, La Follia di New York—published the book in 1908, which has subsequently been expanded and revised in a number of editions. The group includes portraits of other singers, a piano maker, a conductor, and others, most still showing marginal printer’s notes, or Caruso’s own notes suggesting a caption or identifying the portrait. Today, although there are few recordings of his performances, Caruso continues to remind us of the impact his voice made on the music world by his frequently reproduced drawings.

There are many ways in which the words and pictures of people have exerted their power upon the course of events. Autographs provide an excellent opportunity to explore that power.

Do you have an autograph we should take a look at? 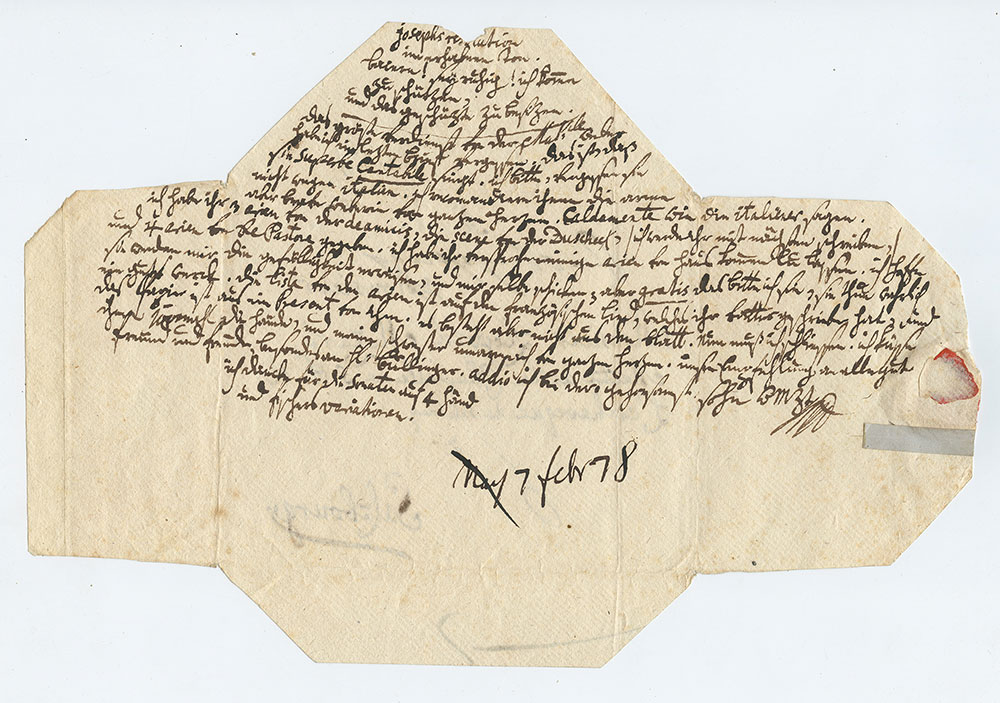