The study of the structure and behavior of the physical and natural world has always been a curiosity, and the publishing of theories, studies and findings has, in the last few hundred years, been critical to the pursuit of knowledge. Determining the area of a curve; the development of a method and means for reaching high altitudes; and discovering how light moves were all once open-ended questions that have been answered by respected scientists.

Widely considered to be one of the most influential scientists of all time, Sir Isaac Newton’s Two Treatises of the Quadrature of Curves, is a translation of the Latin mathematical appendixes to Newton’s 1704 Opticks. Pictured is the 1745 first edition in English, translated by John Stewart and printed in a limited run by James Bettenham for the Society for the Encouragement of Learning. 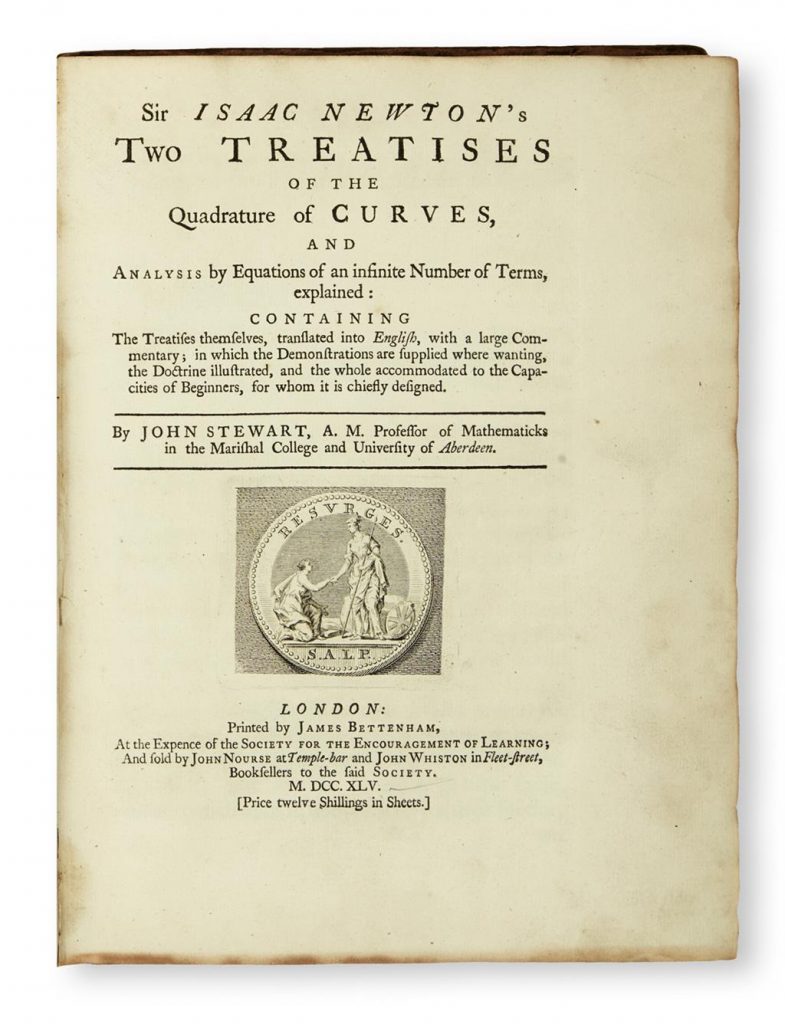 Works by Newton have performed well at Swann in recent years: Opticks sold at Swann in 2016 for $87,500.

The Father of Modern Rocket Propulsion

Dr. Robert Hutchings Goddard was a twentieth-century American engineer, professor, physicist and inventor, who has been called the father of modern rocket propulsion. Three first edition works by Goddard are being offered in the October 16 sale.

It is difficult to say what is impossible, for the dream of yesterday is the hope of today and the reality of tomorrow.

With 10 photographic plates, and featuring the original tan wrappers, A Method of Reaching Extreme Altitudes, 1919, is an account of Goddard’s early jet propulsion experiments and concludes with a discussion of the achievable possibility of sending a rocket to the moon. 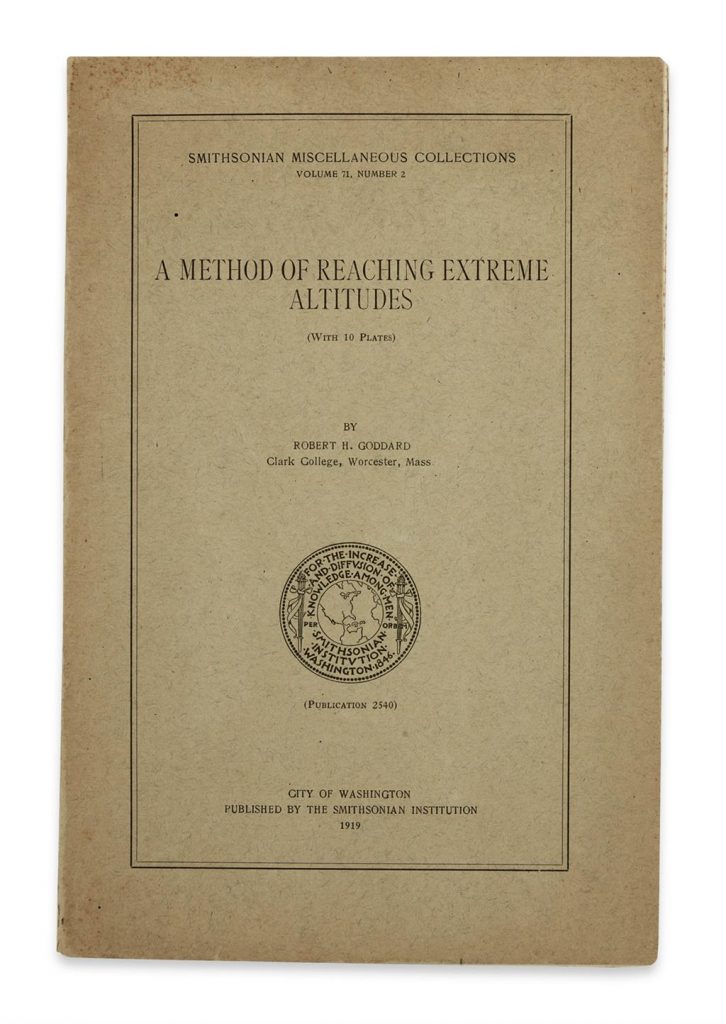 Liquid-Propellant Rocket Development is a publication that covers the first tests carried out at Roswell, New Mexico, during the early 1930s, and features the first public mention of the 1926 liquid-fueled rocket launch in Auburn, Massachusettes, orchestrated by Goddard. 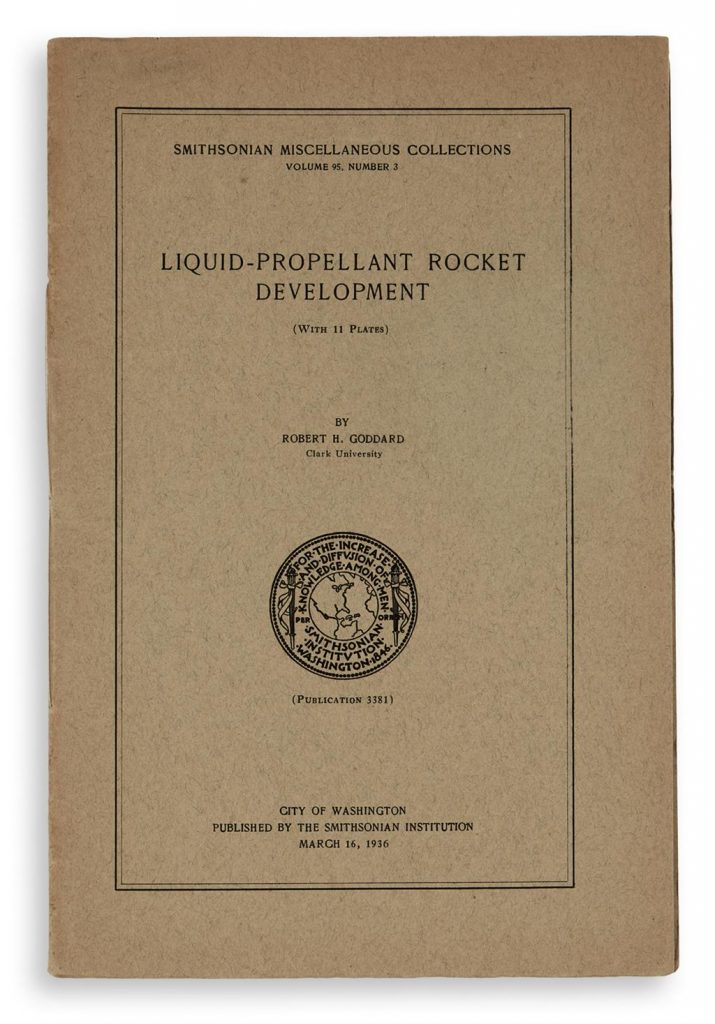 Rockets is a combined first edition of both papers featuring a forward by Goddard. The work was published in New York by the American Rocket Society in 1946 shortly after Goddard’s death in 1945. 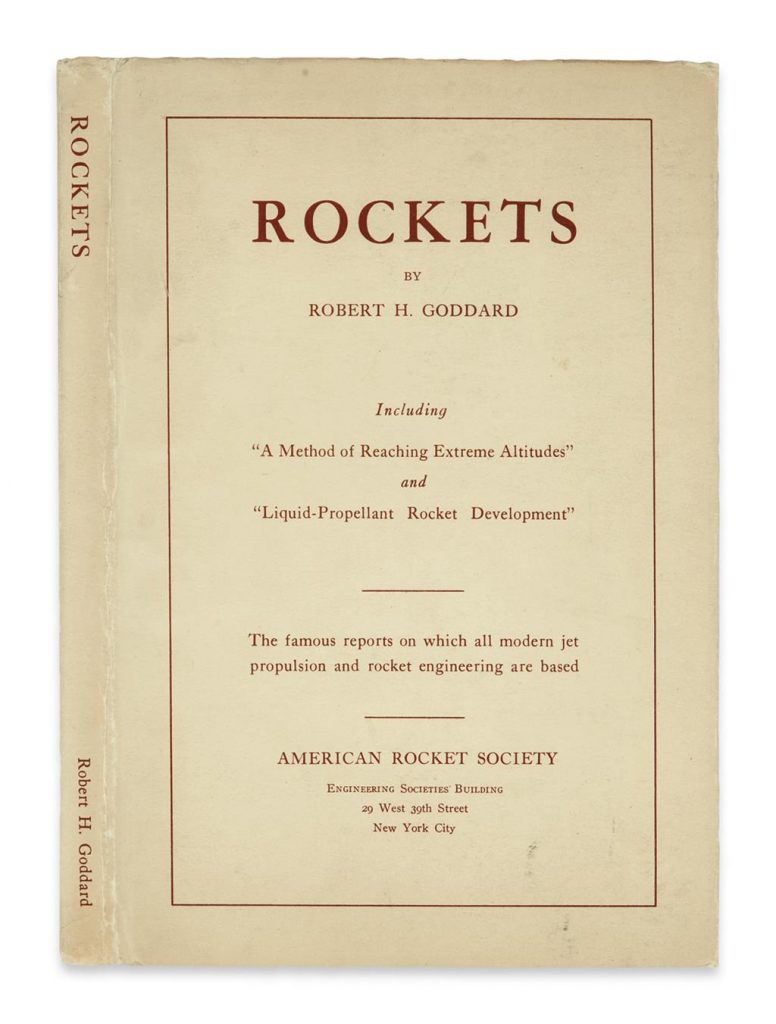 James Clerk Maxwell was a nineteenth-century Scottish scientist in the field of mathematical physics. His findings in electromagnetic radiation allowed for Albert Einstein’s special theory of relativity, also known as E=mc2, as well as additional twentieth-century innovations.

Our October 16 sale boasts A Treatise on Electricity and Magnetism, a two-volume first edition of Maxwell’s work on the electromagnetic theory of light. 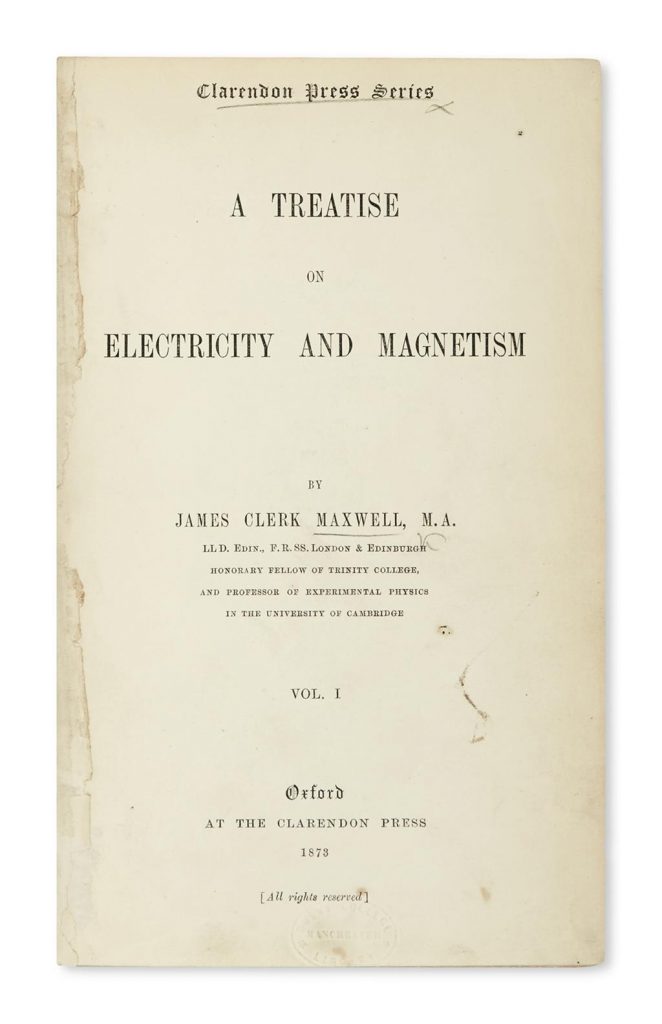 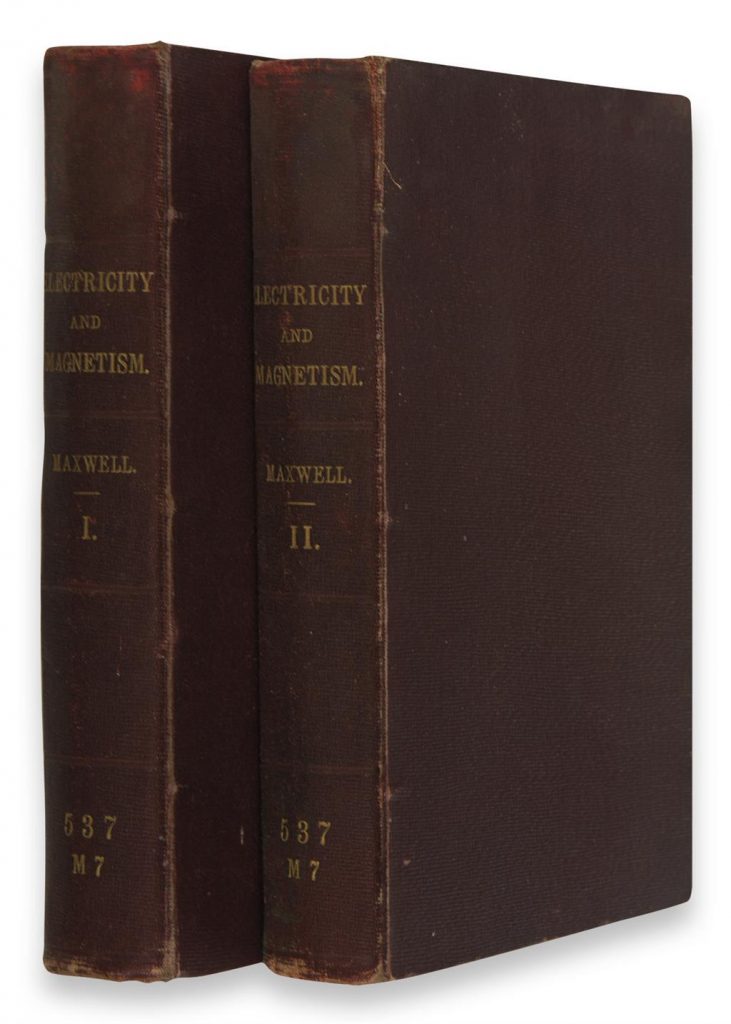 For more in our October 16 sale, browse the full catalogue.

Shipping it Yourself? A Few Tips 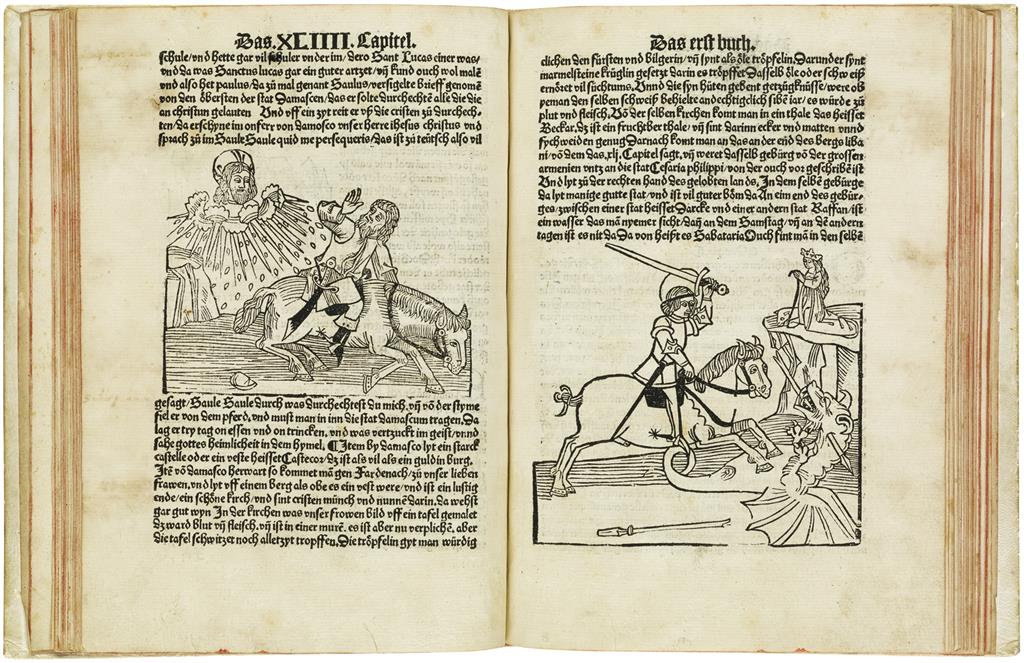 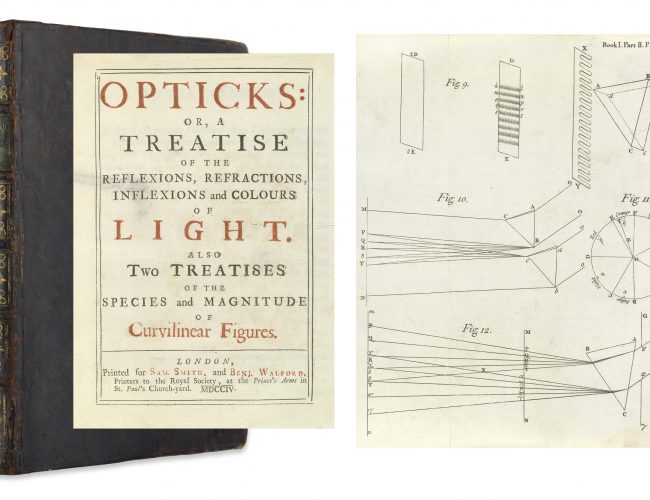 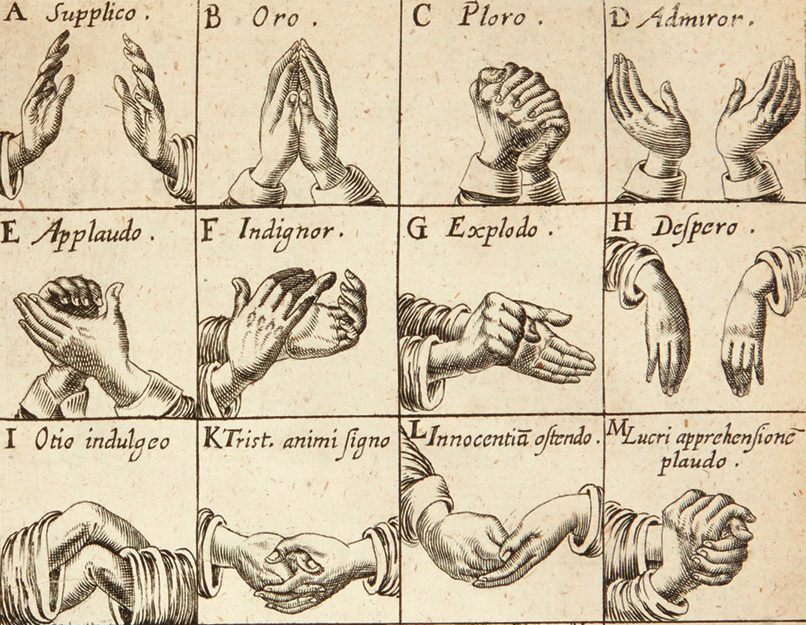