There has been exciting and novel automobile advertising for as long as there have been cars. From the earliest days of automotive history in the late nineteenth century through the current day, manufacturers have sought to position their products in the minds of prospective buyers via clever, informative, attractive and even sexy images. For me, it is the Art Deco era, which holds claim to the most glamorous and compelling graphic advertisements for cars. Whether selling the actual vehicles themselves, promoting car races, or promulgating a new, alluring lifestyle, car posters from the 1920s and 1930s epitomize the sleek style of the era.

Alexei Brodovitch was a key figure in the development of twentieth-century graphic design. He emigrated to Paris from Russia and it was there that he first established himself as a graphic designer. He moved to New York in 1930 and took the job that would turn him into a legend: Art Director for Harper’s Bazaar magazine. This image, designed while he was still in Paris, of a couple eyeing a car through a showroom window, reflects Brodovitch’s elegance and style. Of particular note is how the artist handles the light and shadows, specifically the geometric kaleidoscope of lights above the car, and the delicate outline surrounding the couple.

While very little is known of Edmond Maurus, his graphic legacy is defined by a stylized Art Deco sensibility. This is one of his most dynamic images, a masterwork of perspective and suggestion. It is a fascinating concept to only show the grill of the car and leave the rest to the imagination of the viewer. What is seen is the verdant country route the automobile has taken, and what is implied is the speed of the vehicle via the streaks in the road and the thinly visible dust cloud extending back down the road.

There are so many wonderful auto racing posters from this period, most notable is the series from the Monaco Grad Prix, but so many other countries were also involved in auto racing during this same period, and among the most dramatic images are those coming out of Switzerland. Such is the case here, in which the dynamic opus of form, color and typography publicize the first Swiss Grand Prix for automobiles (to differentiate it from motorcycle racing, which had been held in Bremgarten since 1931). Graf depicts the velocity of the racing Maserati and Bugatti with Machine Age mastery that bespeaks a firm understanding of the tenets of both Art Deco design and speed as understood by the Italian Futurists. This poster also appears in German.

This airbrushed masterpiece exudes both the speed and intensity of high-velocity racing, in this case, the eleventh Spanish Grand Prix, held on the Circuito Lasarte road course at Lasarte-Oria, in the province of Guipuzcoa, near the resort town of San Sebastian. But it also takes into consideration, at least abstractly, the serene and picturesque Bay of Biscay. The determination of the driver, gripping the steering wheel, is offset by the whimsical clouds in the background.

A wonderful Italian Futurist image of a car race in which Venna’s design “conveys a remarkable sense of depth through nothing more than simple geometric planes of color. There is a collage-like feel to the shapes as if they were layered pieces of paper and not printed ink” It appears to be a simple design but has been carefully constructed using “Futurist geometries,” which was a characteristic style of the artist. 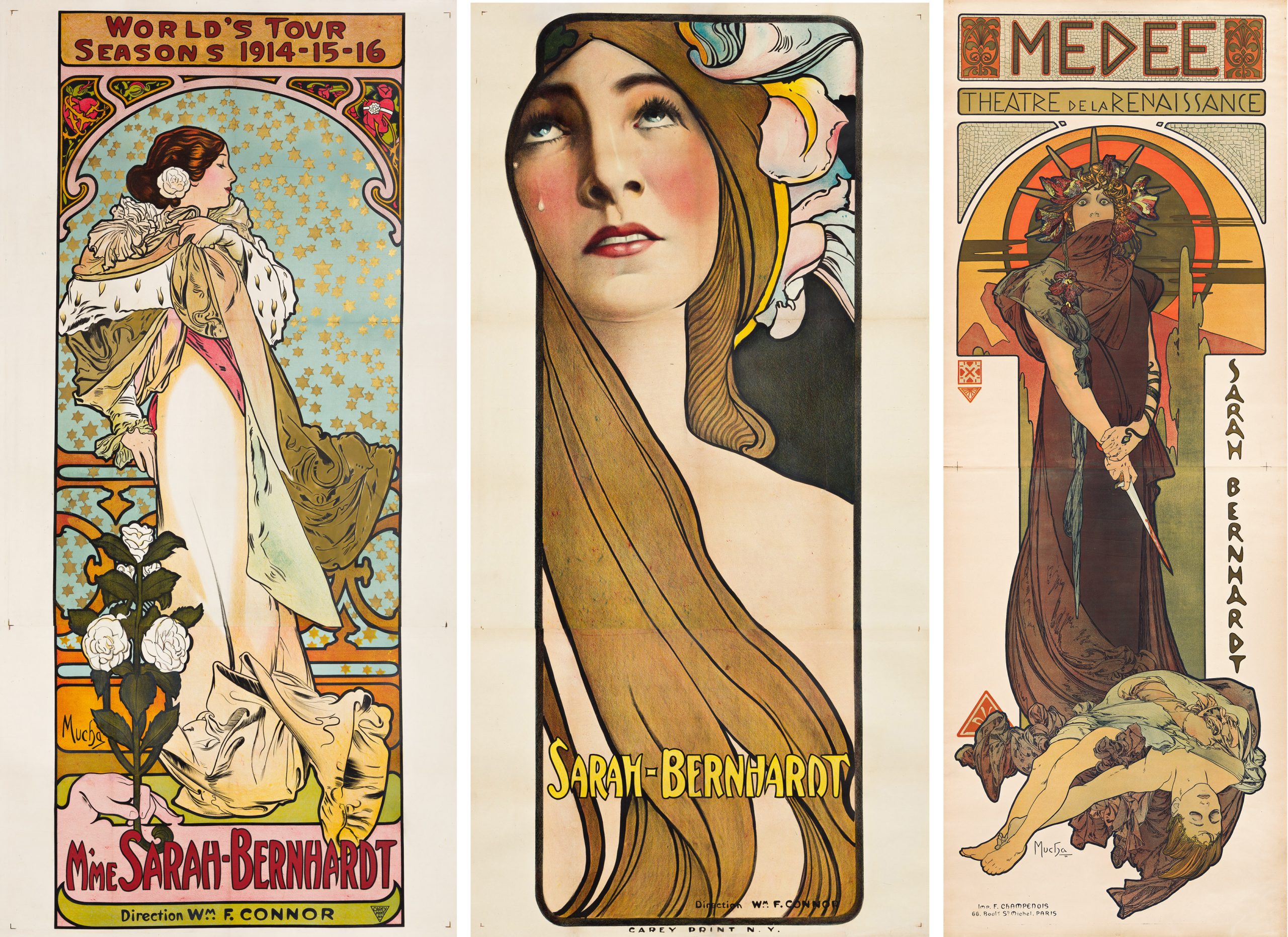 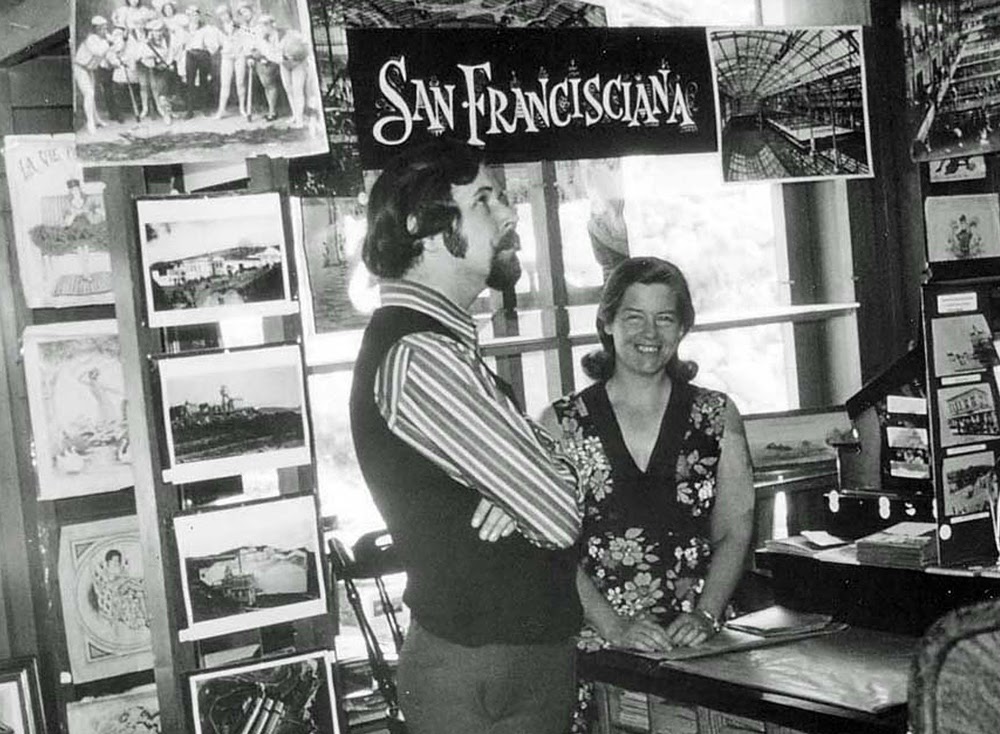 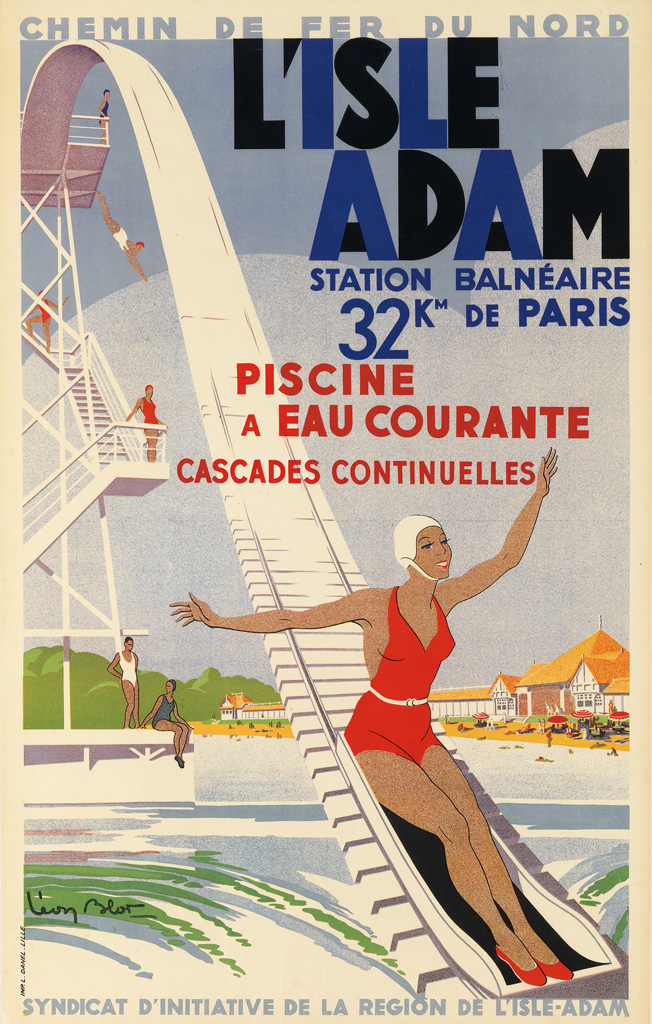