Original illustrations by enduring favorites such as Jan Brett, Eric Carle, Peter Newell, William Pène du Bois, Maurice Sendak, Dr. Seuss, and William Steig kick off a section dedicated to children’s books. Among the cherished characters featured are Babar, Eloise (pictured below), Frog and Toad, and Dick and Jane. A run of works by contemporary illustrators Allan Neuwirth and Jane Breskin Zalben rounds out the section.

This wide-ranging section is led by an iconic work by N.C. Wyeth (pictured above), alongside material by other giants from the Golden Age of Illustration, particularly those from the Brandywine School, including Wyeth’s mentor, Howard Pyle, Violet Oakley, Harrison Fisher, and Charles Dana Gibson. A run of magazine illustrations contains a number of pieces for The Saturday Evening Post by Stevan Dohanos and the Mexican caricaturist and cartoonist, Arias Bernal.

Advertising and design is represented with a rare-to-market original probable calendar back by Leslie Ragan (pictured below), a postcard design starring George Studdy’s beloved Bonzo the Dog, and a quirky shoe advertisement by Gottfried Sieben. Two rare fine art pieces by Ludwig Bemelmans, and a group of studies for Eugene Berman’s unrealized mural project at the old Desert Inn, Las Vegas are also in this section.

This robust selection boasts a range of costume and set designs for theater, film, and television with stunning works by Erté and Motley, and set designs by Josef Svoboda and Pavel Tchelitchew. Lively cast illustrations by Al Hirschfeld featuring African-American and Latinx actors are featured in the theater section.

Films featured include award-winning designs by Bill Thomas for Spartacus, and Leonor Fini’s period design for A Walk with Love and Death, while television is represented through glitzy designs by Lou Eisele for The Jackie Gleason Show. A portrait of fashion giant Pauline Trigère by Joe Eula and an iconic drawing of actress and model Shannon Tweed by Patrick Nagel complete the section.

Classic comics, such as Chic Young’s Blondie and Otto Messmer’s Felix the Cat, are present alongside works by Joe Kubert and Will Elder, 1950s comic book favorites. Vince McIndoe’s stunning oil paintings of contemporary superheroes and villains from Marvel Studios and DC Comics give the section a modern twist.

The enduring appeal of cartoons by Barbara Shermund and Gahan Wilson complement more recent favorites like Roz Chast, who brings her humor to  pysanky eggs, and Rick Meyerowitz, with a piece for the comic powerhouse of National Lampoon. Caricatures by Al Hirschfeld and book illustrations by Saul Steinberg are also represented.

This section encompasses works by iconic cover artists, such as Arthur Getz and Garrett Price, as well as recent covers by George Booth and Danny Shanahan. Time-honored cartoonists Lee Lorenz and Frank Modell are offered alongside current contributors, such as Bob Eckstein, Ben Schwartz and P.C. Vey.

At this time, our exhibition and auction location at 104 East 25th Street is closed to the public. Private viewings are available by appointment only, from Monday, July 13 to Wednesday, July 15, and must be arranged in advance directly with the specialist. 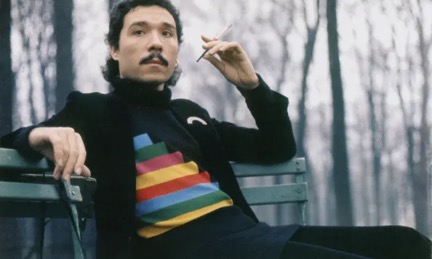