“The importance and legacy of Al Hirschfeld’s theater portraits lie in that Hirschfeld gave us nearly a century’s eyewitness record of a very elusive art form,” notes specialist, Christine von der Linn. “With his quick, precise lines, he depicted a live moment, capturing the stars’ mannerisms and the soul of each performance. These visual recordings have become essential resources in the history of the American stage.”

2020 marks the 100th anniversary of the first decade of Hirschfeld’s creative output. It is also the 75th anniversary of most famous artistic “signature”—his inclusion of his daughter Nina’s name within the lines of his caricatures. Here we take a look at past caricatures and theater portraits by Hirschfeld, as well as those set to come to auction in our July 16 sale of Illustration Art.

Hirschfeld’s prolific career began very early. In 1920 he was hired as an errand boy for $4 a week at the art department of Goldwyn Pictures in New York City. He drew academic style portraits of the studio stars for his own amusement. Howard Dietz, then publicity director for the studio, found one of the discarded drawings in a wastebasket one night, admired its merits, and decided to run it. The reception was so positive that he was invited to submit more of them over the following months. These first published works of Hirschfeld’s were akin to book or magazine cover illustrations, often depicting a scene from a story.

This illustration for Edgar’s Little Saw (above), a series of twelve shorts that novelist Booth Tarkington wrote exclusively for the screen, is potentially the drawing Dietz found, as it is Goldwyn’s earliest documented drawing for the film. It would be close to five years before Hirschfeld started to draw caricatures.

The progression to the world of caricature happened almost by accident. On a sojourn back to New York while living and working in Paris, Hirschfeld attended the American theater debut of French actor, Sacha Guitry. His companion admired his doodle of the performer so much that he asked Hirschfeld to translate it larger, onto paper, so that he could show it to a friend of his at the New York Herald Tribune. Much like his Goldwyn path, the editors and readers were so enthralled that he became a regular contributor for the next twenty years. Shortly thereafter, The New York Times commissioned him to do a portrait of Sir Harry Lauder for their Sunday Drama page. For the next seven decades, Hirschfeld submitted a regular stand-alone feature drawing of specific personalities or casts of hundreds of theater and film productions, typically the Sunday before they opened. They would become part of the heritage of American theater, film, music, and television.

Hirschfeld enjoyed a long friendship with actor José Ferrer. They lived in the same building and would often travel to the theater together. This was the first of twenty Hirschfeld drawings over 47 years that captured many of Ferrer’s iconic roles. Ferrer admired Hirschfeld’s work and collected almost all of his drawings.

The Great MacDaddy was an Off-Broadway sensation, hailed as “the birth of a new musical” by critic Clive Barnes when it premiered on February 12, 1974. Its 72-performance run carried its audience from Prohibition to 1970s Los Angeles with a rich synthesis of African and African American motifs taken from myth, folklore, and hyperbolic tales. The actors portrayed here—David Downing, Hattie Winston, and Al Freeman—were major forces in defining the African American experience on film and stage during the last quarter of the twentieth century.

For over nine decades Hirschfeld drew Black theater-makers in all genres including comedies, musicals, dramas, and reviews. His first and last theater posters, covering more than fifty productions over sixty years, were of Black performers.

The 1940s staging of Shakespeare’s Othello starring Paul Robeson was the first time an American production of the play cast a black actor in the titular role with a white supporting cast. Hirschfeld’s drawing captures this groundbreaking moment with a stony-faced Robeson poised upon Othello’s throne. It is the only portrait of the actor by the “characterist” and was published on August 9, 1942, with details of the play’s touring schedule.

Othello opened on Broadway on October 19, 1943. With 296 performances and a national tour, the revival still holds the record for the longest-running Shakespeare revival in Broadway history.

Also featured is Uta Hagen as Desdemona, José Ferrer as Iago, and Margaret Webster as Emilia.

The drawing was recently on display at the New York Public Library for the Performing Arts at Lincoln Center as part of its special exhibition, The People’s Theater: Celebrating 75 Years of New York City Center, which recently closed its run from October 23, 2018 to March 2, 2019.

In this scene from The Merry Widow, Hirschfeld depicts Marta Eggerth’s Sonia and Jan Kiepura’s Prince Danilo in a lively dance scene. The illustration was published on August 15, 1943. The operetta by Franz Lehár with choreography by George Balanchine opened at the Majestic Theatre on August 4, 1943 and ran for 322 performances. Also featured is Lubov Roudenko, Milada Mladova and Chris Volkoff as they dance the Can-Can, Ballet and the “Merry Widow Waltz.”

Along with Paul Robeson as Othello, this illustration was also featured in the exhibition The People’s Theater: Celebrating 75 Years of New York City Center.

Great to Be Alive!

Great to be Alive! was a short-lived musical comedy that ran for 52 performances on Broadway at the Winter Garden Theatre. The musical farce features an elderly bachelor who lives in a haunted house and is entertained by ghosts who can only be seen by virgins.

A few weeks after the end of World War II, Hirschfeld and his wife, the actress Dolly Haas, welcomed their only child, Nina, into the world. To celebrate her birth he incorporated her name into a drawing titled Nina, the Wonder Child, and, for his own amusement, began hiding her name among the lines of his Sunday drama page illustrations.

Almost always in capital letters, the “Ninas” could be found hiding “in folds of sleeves, tousled hairdos, eyebrows, wrinkles, backgrounds, shoelaces —anywhere to make it difficult, but not too difficult, to find,” he wrote. Sunday mornings looking for “Ninas” became a custom shared by New York Times readers, a game played with children and grandchildren. In addition to being a weekly treat, finding “Ninas” was an unspoken initiation into the worlds of Broadway, Off-Broadway, and Hollywood. At the suggestion of a reader in 1960, he began adding a number to the right of his name to indicate how many “Ninas” were hidden in the picture. This number can help a viewer to determine when a Hirschfeld drawing was produced.

For fun, he once included the name of Nina’s best friend, Lisa (daughter of writer Louis Kronenberger), in near-microscopic print. When readers noticed it, they mistook it as a hidden birth announcement, and he and Dolly were inundated with hundreds of congratulatory notes from around the world.

On occasion, Hirschfeld avoided the elaborate penwork we associate with his style. In his portrait of W.C. Fields (seen above), a single, large “Nina” appears across the comedian’s tousled bangs. This caricature is also notable for its inclusion of the pink acetate collage piece, a technique Hirschfeld used infrequently, but one which, in this instance, best captures the appearance of Fields’s most famous feature.

Do you have a caricature by Al Hirschfeld we should take a look at? 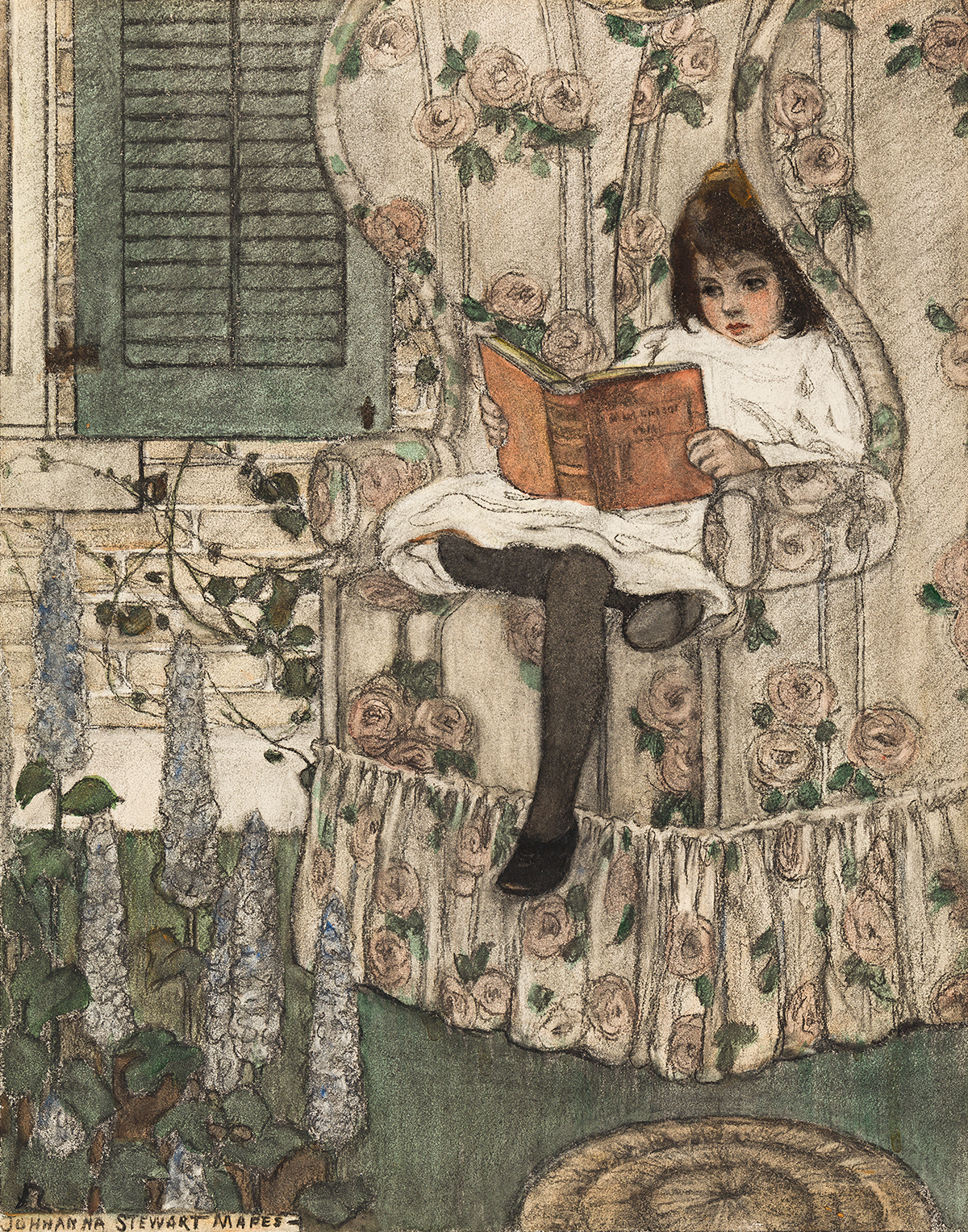 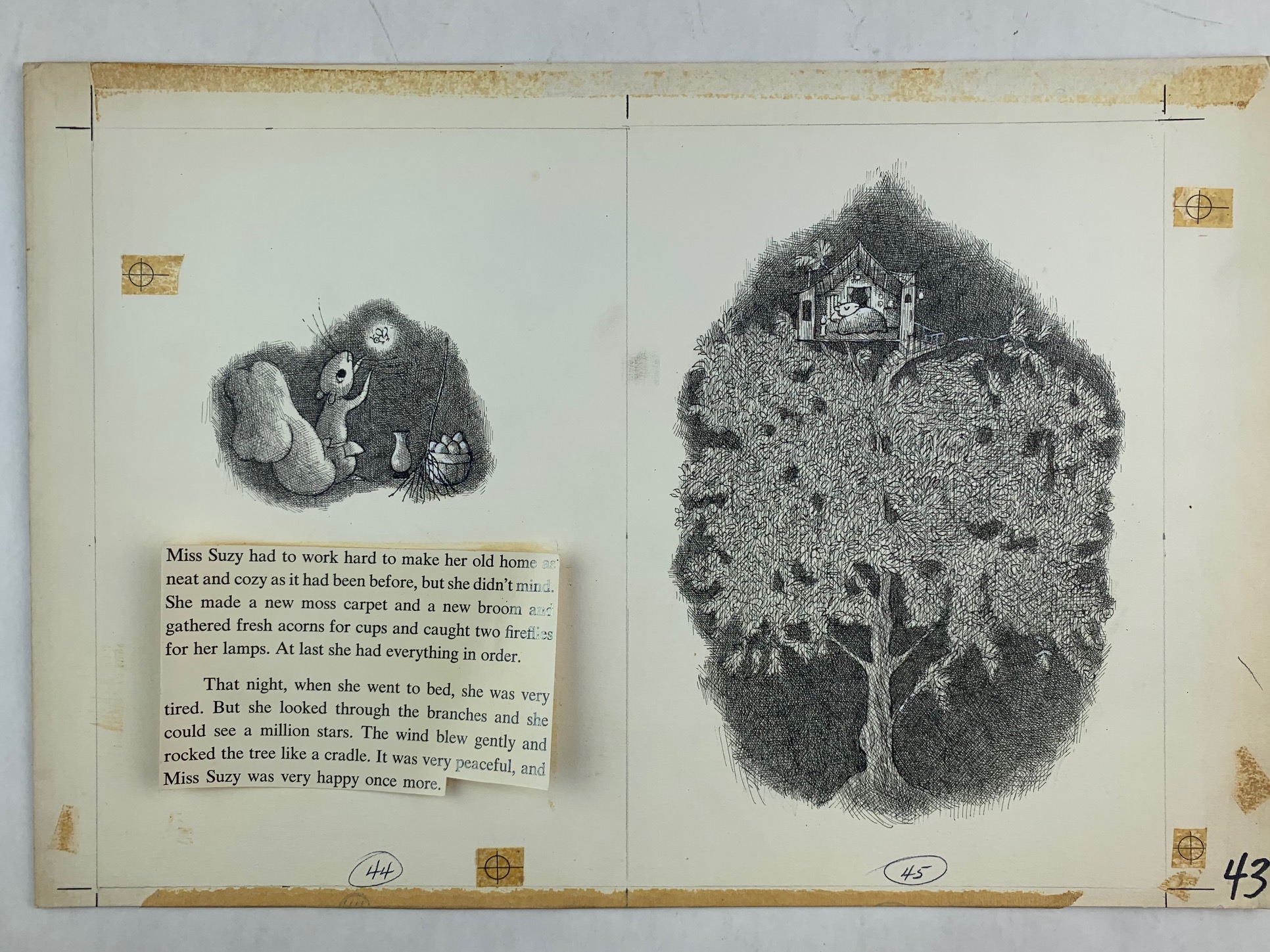