The December 15, 2022, sale of Illustration Art features a selection of vintage winter and holiday illustrations by iconic illustrators such as Edward Gorey, Ludwig Bemelmans, Saul Steinberg and more. Browse the offering below.

The first title in Zalben’s popular Beni (the bear) Book series and the 1989 winner of the Sydney Taylor Silver medal, named in memory of the classic All-of-a-Kind Family series author Sydney Taylor. The award recognizes titles for children and teens that exemplify high literary standards while authentically portraying the Jewish experience.

Left: Harold Anderson, Santa Claus Heading Out, illustration for an unknown holiday story or advertisement, oil on canvas. Estimate $3,000 to $5,000.

Anderson’s iconic depictions of Santa Claus always embody the spirit of the holiday, and this jolly old St. Nick, putting up a “be back soon” sign on his front door before heading out to deliver presents, is no exception.

From 1945 to 1951, Steinberg created a popular series of whimsical black-and-white holiday cards for New York’s Museum of Modern Art. Soon after, in 1952, the greeting card giant Hallmark produced a series by famous artists and writers as part of their “Hall of Fame Collection.” Besides Steinberg, notables included Grandma Moses, Winston Churchill, Norman Rockwell, Doris Lee, and the Rev. Norman Vincent Peale. The job was a lucrative one for Steinberg, paying $10,000 a year. The addition of color, a feature that the MoMA cards lacked, contributed to the charm of Steinberg’s Hallmark designs. As described in the issue of Cavalcade, Steinberg felt “America’s Santa was getting too set in his ways,” with most depictions copying Thomas Nast’s iconic St. Nick of the 1860s. Steinberg, therefore, created his “liberated Santas”—embodying magic, fantasy and as “free as the imagination.”

Compared to the original artwork, which contains only Santa’s bright red suit and bits of silver paper doily collage serving as architectural details, the collage details on the mass-produced printed card are gold, and there is both an additional green paper appliqué on the center tower window as well as extra watercolor detail in the porch tree and doorway.

The iconic “flying carpet” image from Madeline’s Christmas that depicts Madeline and all the girls on magic carpets, surrounded by gifts for their families, soaring and swirling around the Eiffel Tower to the cheers of Miss Clavel, Madame Marie, and Mouse. When everyone else in the old house in Paris, all covered with vines, falls sick, including Miss Clavel and the other little girls in two straight lines, the smallest one named Madeline saves Christmas. The full caption reads: “And Miss Clavel again quite well, thought it time to ring her bell, which quickly broke the magic spell.”

In the text, Bemelmans includes a bow to Clement C. Moore: “It was the night before Christmas, And all through the house, Not a creature was stirring, Not even the mouse . . . For like everyone else in that house which was old, The poor mouse was in bed with a miserable cold.” 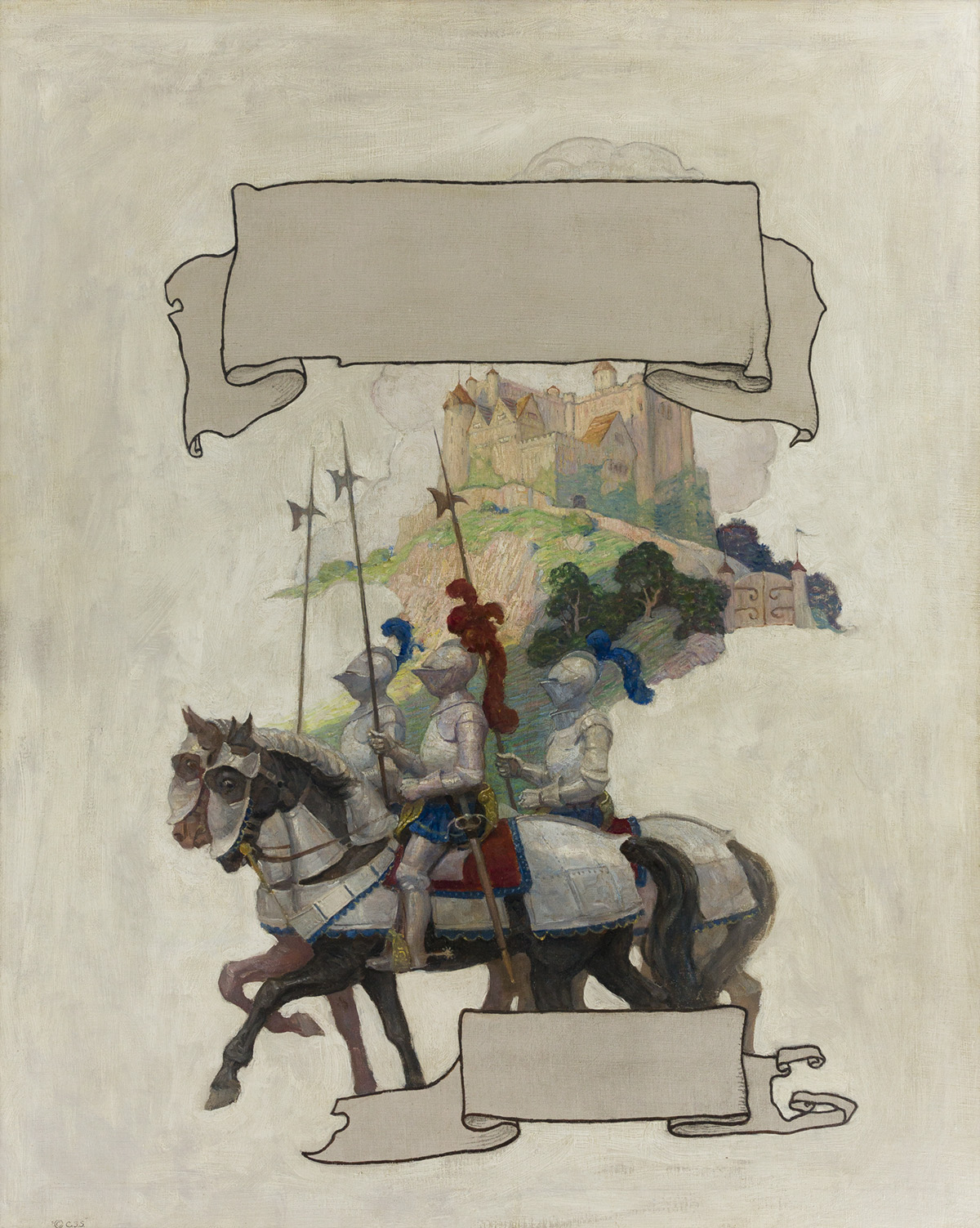