Men did the bulk of the fighting in the Civil War, but women were involved on every level—from managing family farms and businesses in the absence of their soldier husbands, to serving as nurses on the front lines, to exerting their influence with the war’s male leaders. Women were not generally permitted to join the Army and fight on the front lines—but that did not stop some daring women from serving their nation covertly in uniform. Most estimates place the number of women soldiers in excess of four hundred.

The subject comes to mind because of a lot in Swann’s fall 2021 Americana auction: a letter with an extremely rare description of one of these soldiers. We don’t believe a similar letter has ever surfaced at Swann, certainly not in recent years—and not in our Americana specialist’s curatorial career dating back to the early 1990s, either. Below we discuss the letter, as well as past letters and archives with ties to women involved in the Civil War the house has offered.

Women as Soldiers in the Civil War

The letter discusses Sarah Rosetta Wakeman, born 1843, died 1864, who enlisted under the name Lyons Wakeman in the 153rd New York Infantry. She was buried as Lyons Wakeman, and her story did not become generally known until the discovery of her letters in 1976. The letter is by William Henry Austin, a sergeant in another regiment, who knew Sarah from back home in upstate New York. He was one of the few soldiers who knew her enlistment story, but was nonetheless surprised to meet her by chance in Alexandria. “When I was going to the depot in Alex[andria] I stopped at the Soldier Rest. Who should I meet there but Rosetta Wakeman? Her reg was stopping there, at that time were en route for Texas. She was looking fine. Sports an insipid moustache, highly colored, presents quite a soldier’s appearance. There is something mighty queer about this arrangement.. . . . Hardly think she will ever get back to New York again.” He was right on that point: she soon went south for the Red River Campaign in February 1864, survived the Battle of Pleasant Hill, but died of illness in New Orleans the following June.

Perhaps the best-known of the women who served in the Union army was Kady Southwell Brownell, born 1842, died 1915, who was permitted to serve in the 1st Rhode Island Infantry alongside her husband on the whim of the state’s eccentric young governor, who happened to be commanding the regiment. She served as the regiment’s color-bearer at the first Battle of Bull Run, remained with them until March 1862, and became the only woman to obtain formal discharge papers from the United States Army. After the war she posed for photographs in uniform to capitalize on her celebrity—one of which appeared in Swann’s April 12, 2018 sale.

Nurses, Community Leaders and Social Workers in the Civil War

Women had a greater influence on the war as civilians: nurses, community leaders, and social works among the freedmen. Swann’s November 25, 2014 sale, featured nine letters by Sarah “Annie” Turner Wittenmyer, born 1827, died 1900, as a leader of the Iowa Sanitary Commission. Over the course of three years, she toured Union hospitals and sent vivid reports on Iowa’s soldiers to the state’s governor, advocating for improved resources.

Women on the Confederate Side

On the Confederate side, in the June 2016 sale, we handled the sale of a letter by 15-year-old Texas girl Ella Burdett Jones, born 1846, presenting a battle flag: “Allow me to present to you for your regimental colors a flag of the Confederate States of my own make, unpretending in its embellishments, but proud in its associations with the union of a people more homogenous in all the elements of social greatness than any other upon this continent, who vaunt not of any success they fail to achieve and who yield not the palm of true chivalry to any nation upon the globe. . . . All I ask is, if there be a man who may falter amidst the bloody struggle, when battle is offered by the enemy, let him turn to this emblem of all we hold noble and dear and his own strong arm and dauntless spirit cannot fail to conquer.”

This brings us to the border state of Missouri, and back to Swann’s September 30, 2021 sale. On offer is unpublished memoir by Mary Whitney Phelps, born 1812, died 1878, one of Missouri’s Union heroes of the Civil War. The wife of a Union congressman and colonel, she refused to evacuate when the Confederates invaded her town, fought for the proper burial of a fallen Union general, and cared for dozens of wounded union soldiers who had been left behind during the retreat.The Missouri chapter of the Daughters of Union Veterans is named in her honor, and she was also the subject of a 2008 biography.

This wide-ranging history is too often forgotten, though it sits in plain sight if we think to look for it.

Do you have an important piece of history from the Civil War? 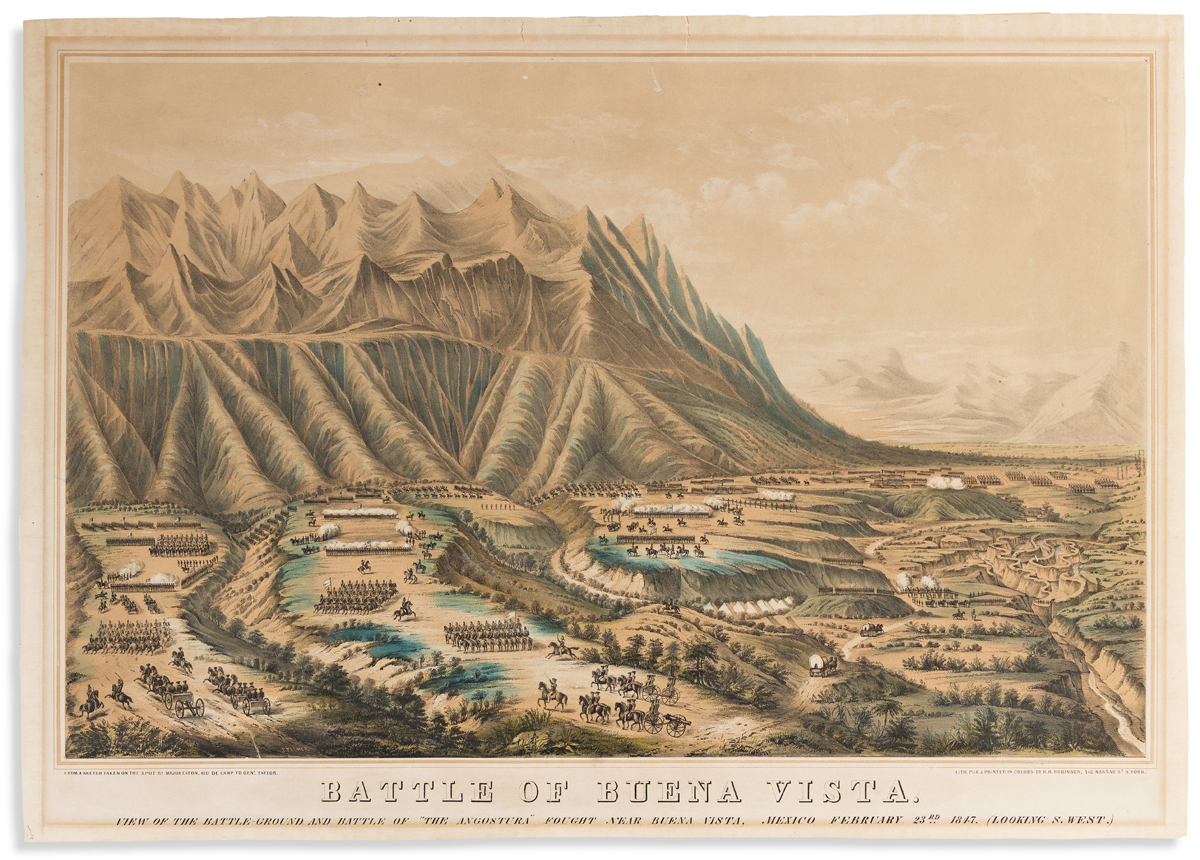 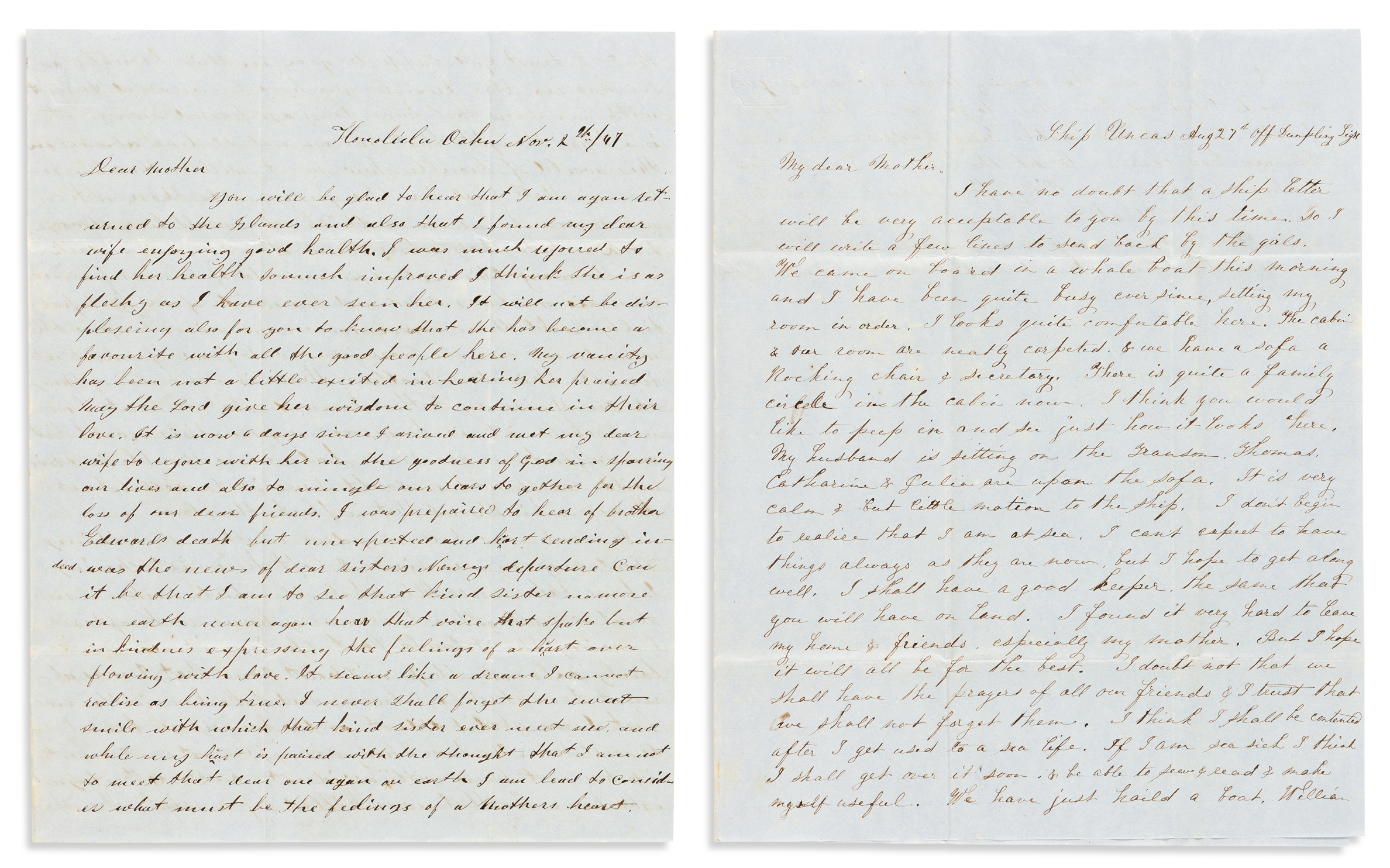