Interview: On the Guerrilla Girls

Donna Kaz is a writer, director, choreographer and activist, who has led the theatre troupe “Guerrilla Girls on Tour” for the past two decades. Lauren Goldberg, our vintage poster specialist, asked Donna to unmask yet again and share some insight into her own experiences with the movement.

Could you tell us about your first exposure to the Guerrilla Girls, and how you became involved?

I was an artist in residence at Djerassi which is on the west coast. This artist colony houses about 12 artists at a time of all disciplines and every night we gather for dinner. One evening I was sitting across from a woman who was a visual artist and we started talking about the lack of parity for women artists in the arts. She said she had a book I might like and gave me Confessions of the Guerrilla Girls to read. I’ll never forget going back to my studio and devouring that book. I am a theatre artist and I knew the theatre world was just as sexist as the art world. I believed that the Guerrilla Girls’ tactics could be used to shed light on discrimination in theatre.

The next day I brought the book back to my new friend and asked her if she knew how to contact the Guerrilla Girls—that the theatre world desperately needed them. She confessed to me that she was a Guerrilla Girl and asked me if I would like to join the group. Months later, back in New York City, she invited me to attend my first Guerrilla Girl meeting. I had to swear (on a stack of bananas) never to reveal the identities of the women artists at the meeting. I took as my GG name “Aphra Behn” and became a Guerrilla Girl. This was 1997.

What was your role as a Guerrilla Girl, through what mediums did you contribute as an activist and Feminist?

Every Guerrilla Girl was an equal part of the group—we were very much a grassroots organization at that time and tried to share and rotate tasks. We met every 28 days, and at meetings, we would discuss projects, posters, actions and try to come to a consensus on what to focus on. As you can imagine, it was not easy. I led a small group of Guerrilla Girls who were into theatre and performance. We called ourselves the Guerrilla Girls Theatre Committee. The first thing we did was to create a sticker campaign that would target theatres in New York City that were not producing any plays by women. Our sticker said: “In this theatre, the taking of photographs, the use of a recording device and the production of plays by women is strictly prohibited. – The Management. During this season this theatre will produce no plays by women. A public service message from Guerrilla Girls, Conscience of the Theatre World.”

There were many theatres not producing any plays by women or writers of color in 1997 and 1998 and we would go to those theatres and sticker the men’s and women’s rooms toilet stalls with these stickers every time they opened another show. (We brought with us sympathetic men to sticker the men’s rooms and gave them the name Baboon Boys). When the Roundabout Theatre announced that their next season would include not one but TWO plays by women we took complete credit for the change. Note: The Roundabout had not produced a play by a woman in 12 seasons.

When and why did you decide to “unmask” and reveal your identity as a Guerrilla Girl, given the anonymous nature of the group?

I felt it was time for me to share the tactics of the group to a new generation of activists so I wrote a memoir, UN/MASKED, Memoirs of a Guerrilla Girl On Tour in 2016. It was important for me to tell all of the parts of my story—both the struggles and triumphs—within a grassroots, feminist organization. I wanted very much to pass on the insights I gained by being a feminist masked avenger to others. I have since written another book, PUSH/PUSHBACK, 9 Steps to Make a Difference with Activism and Art (because the world’s gone bananas) about the specific ways the Guerrilla Girls Theatre Committee accomplished so much between 1997 and 2001.

Do you have a favorite Guerrilla Girls campaign? How about a favorite poster?

Along with the stickers, the GG Theatre Committee created many posters, postcards and street theatre performances. We actually protested the Tony Awards in 1999 and 2000 to highlight the fact that women didn’t win Tony’s because they were not represented on Broadway as directors, designers, producers, etc. In 1999 not one woman had won a Tony for directing. We created a scene when we showed up at the Tony awards in black capes with our poster, There’s a Tragedy on Broadway and it isn’t Electra, on the back.

Of course, the Guerrilla Girls have been an ongoing group since 1985, how have you seen their methods and scope of activism develop and transform over the years, into 2020?

We began by slapping up black and white posters in Soho in the middle of the night. We had to stop postering because it became harder to do and the center of the art world shifted outside of Soho. Our methods changed as technology developed. Today we use social media and the internet to get our message out there. In 2001 the original Guerrilla Girls split into three new groups. At that time there were so many things we wanted to address that we felt more groups might be able to better accomplish that. The theatre committee became Guerrilla Girls On Tour and we actually functioned more like a touring theatre company—we made plays, performances and street theatre actions to address sexism and discrimination. We have had the very good fortune to have traveled around the world to meet other feminist artists and share our work with them. We have been involved in several collaborative projects across the US as well as in the UK, Japan, Argentina, Poland, Slovenia and Hungary.

Any advice for Feminists who are interested in lending their artistic voices for activist causes today?

You are going to need endurance. This is a long fight we are in—to end sexism, smash the patriarchy, dismantle racism. Celebrate the wins when they happen and pick yourself up after setbacks. Always have faith in your ability to succeed.

One of the most memorable events was when Yoko Ono gave us her Courage Award for the Arts in 2010. Yoko Ono is such an inspiration, champion of women artists and just an amazing person. It was a thrill to meet her.

Do you have a Guerrilla Girls poster we should look at? 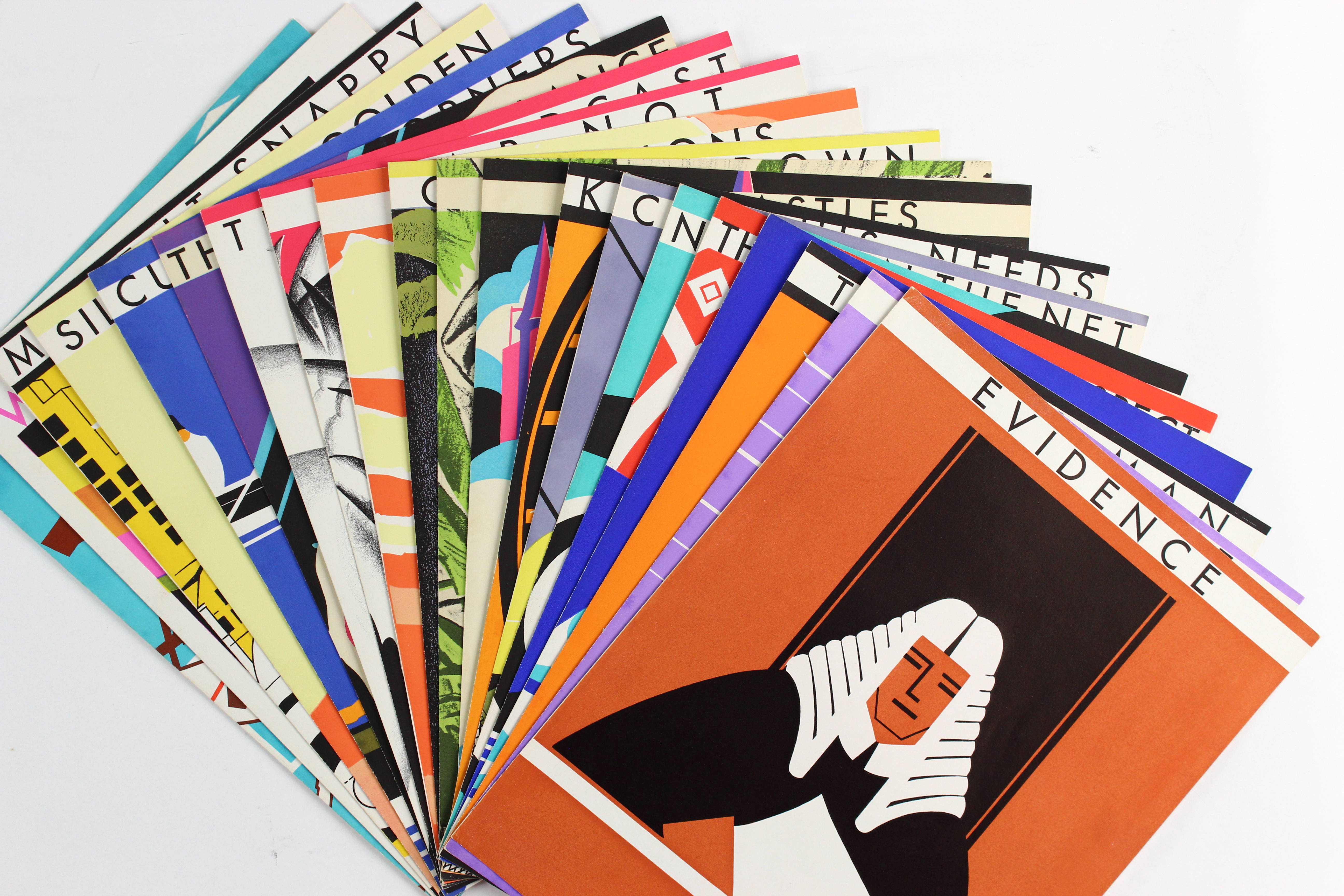