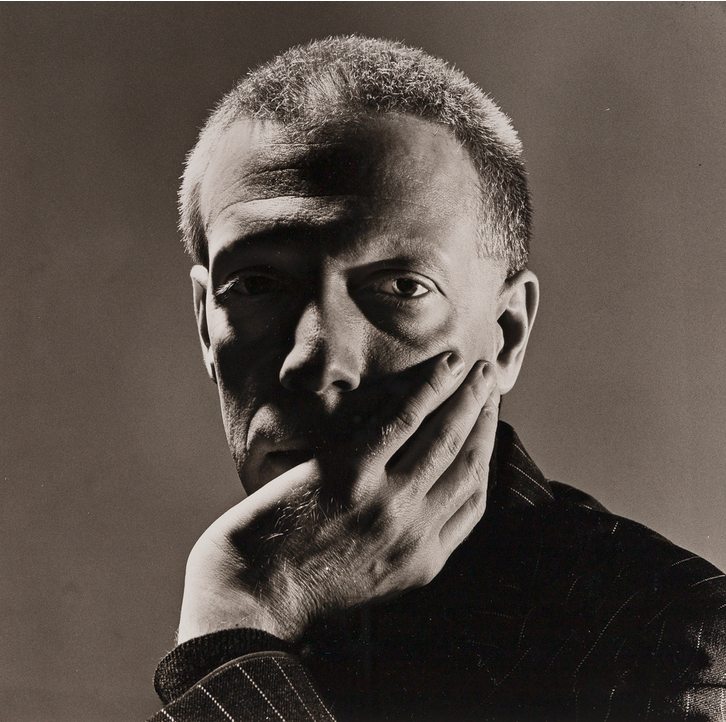 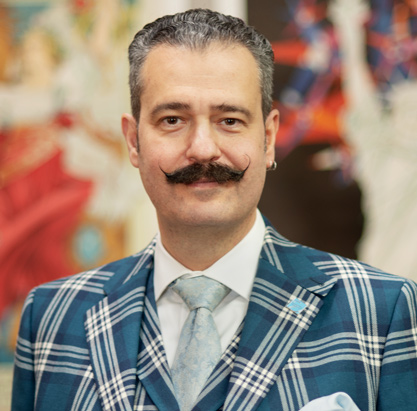 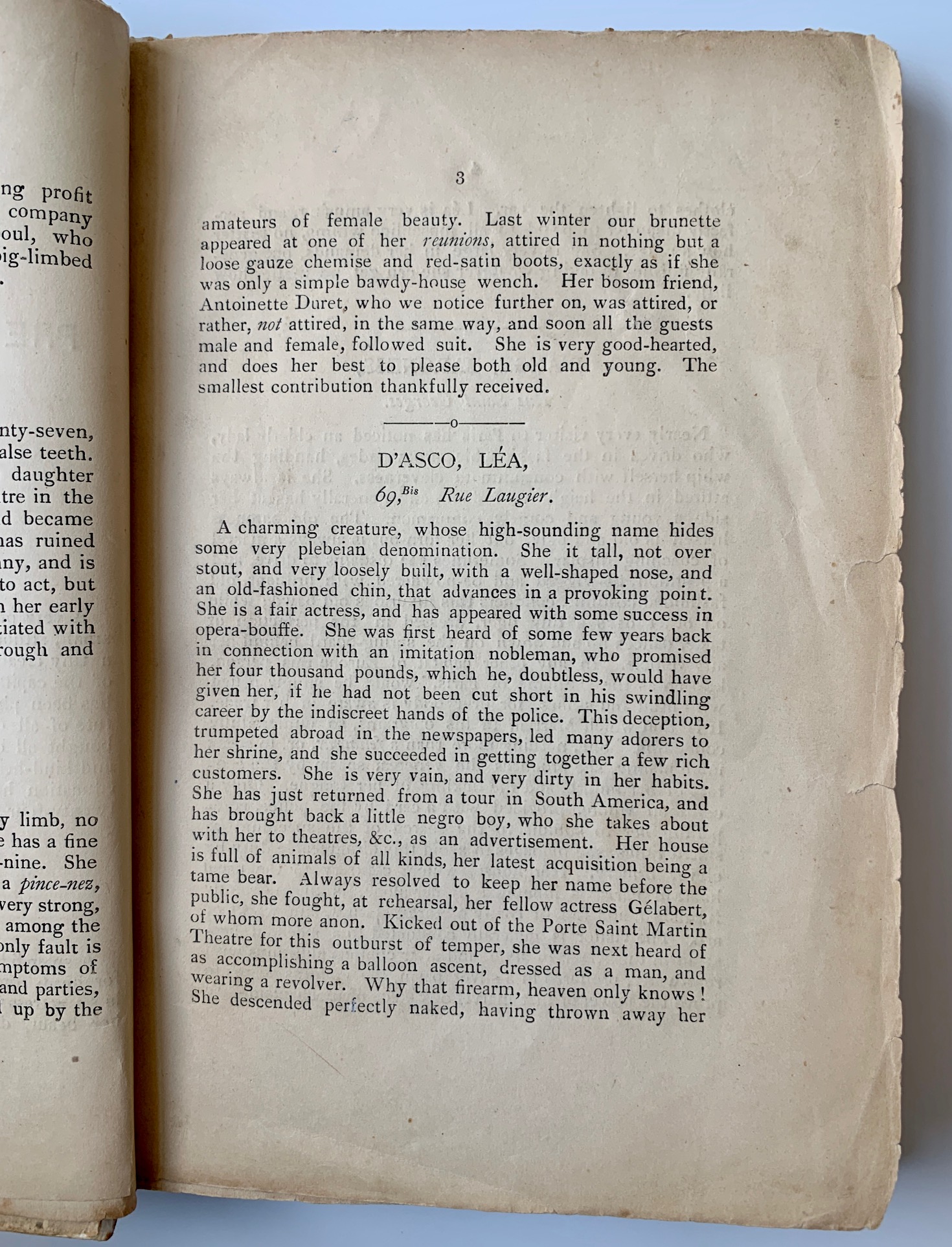 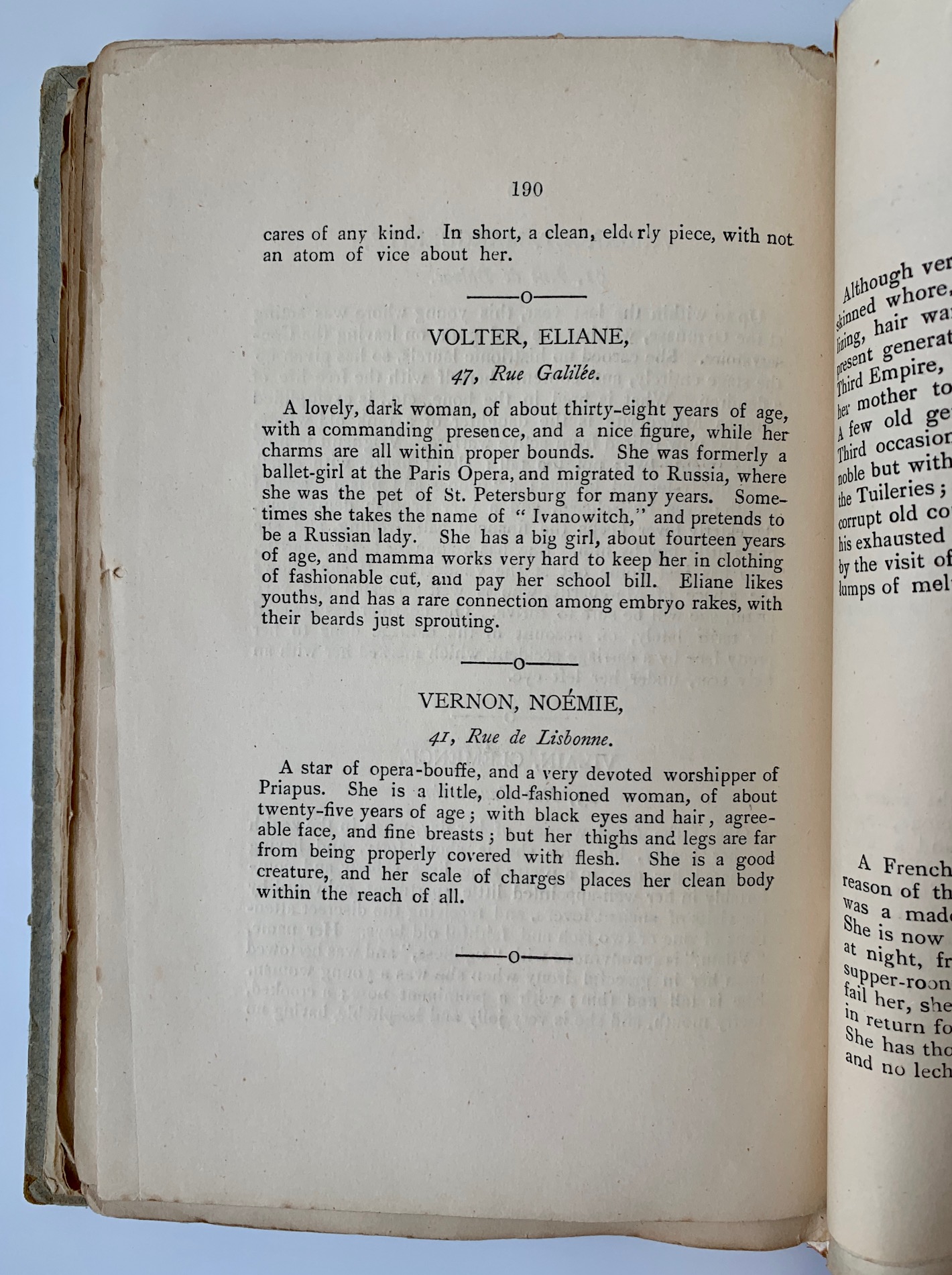 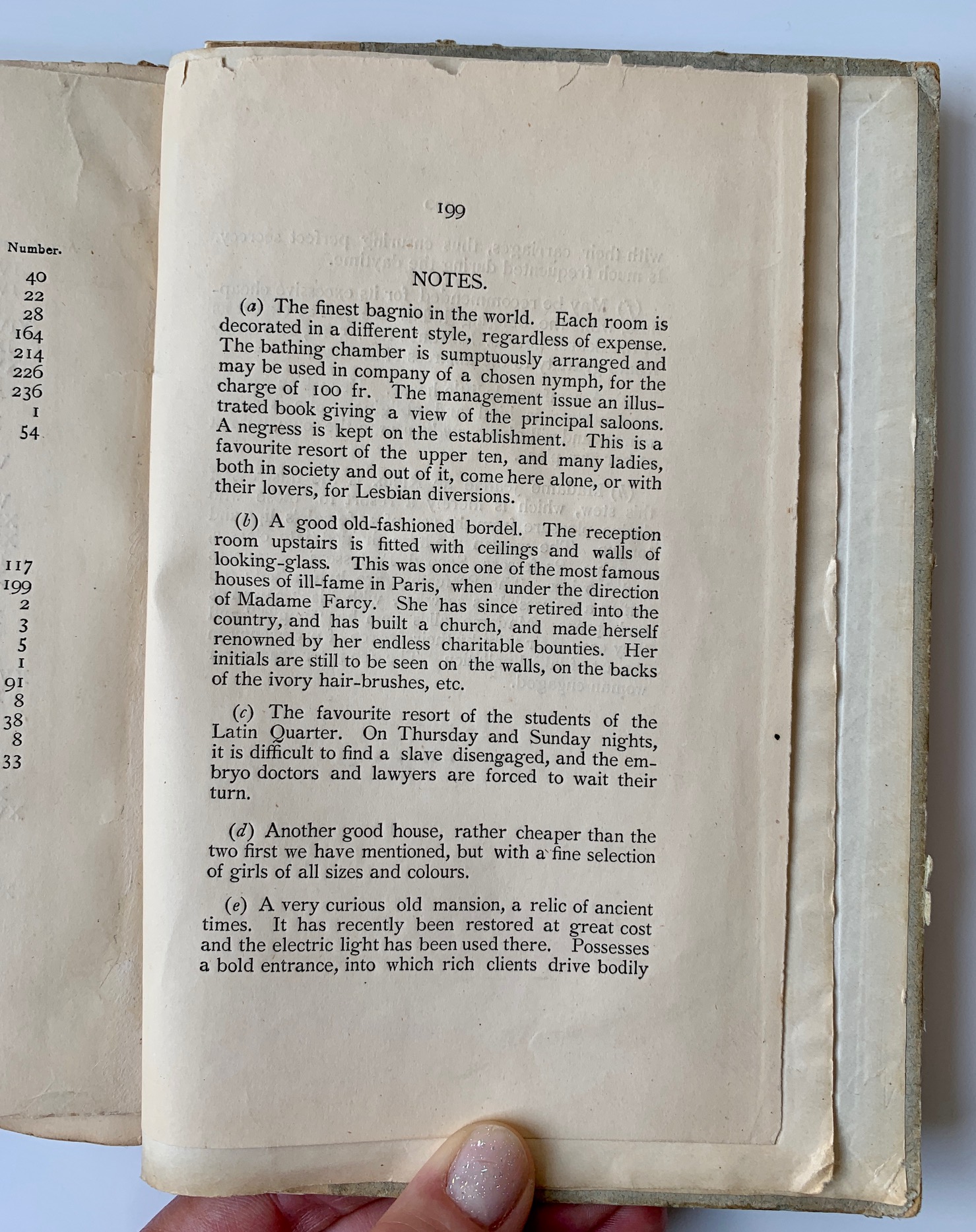 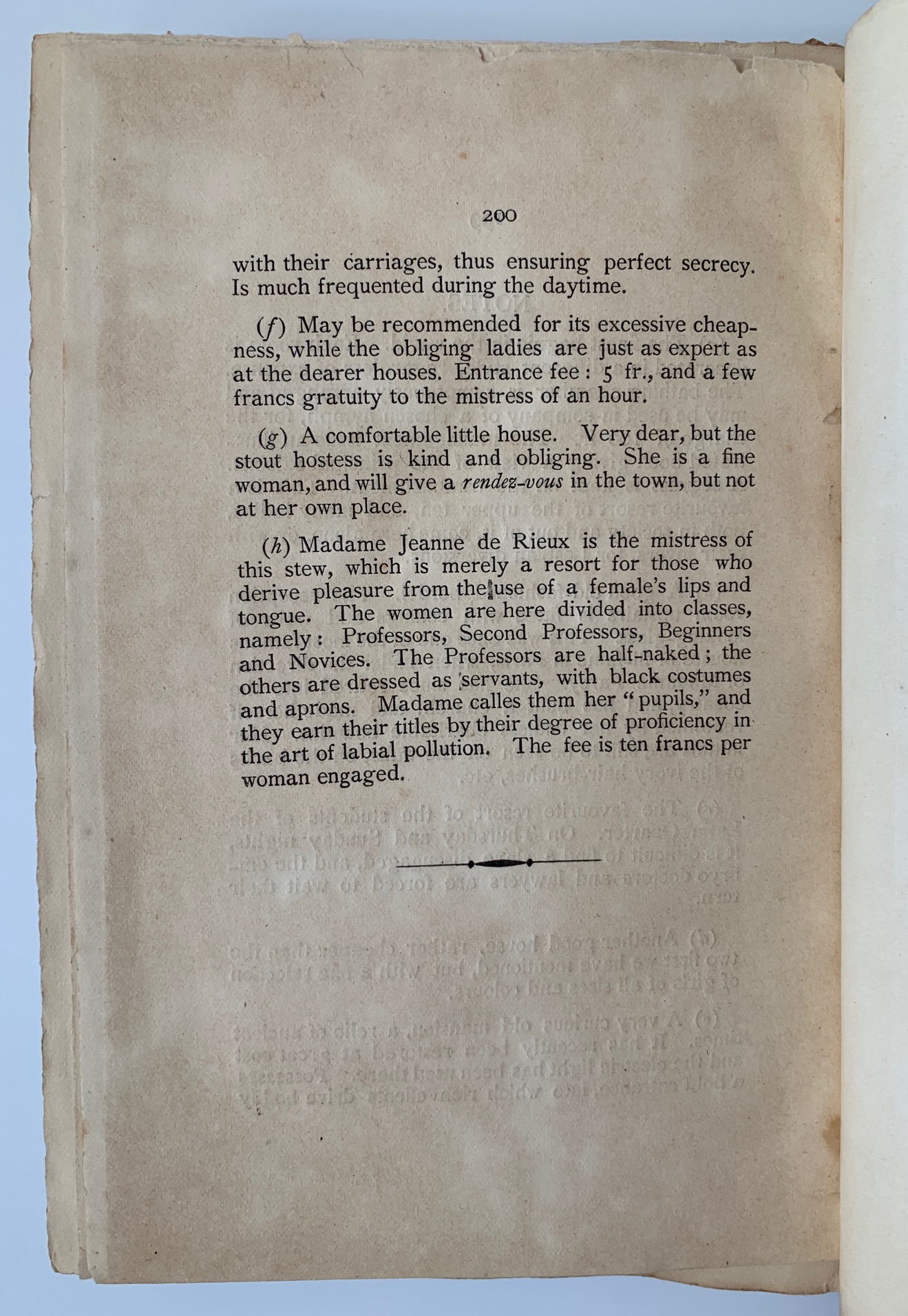 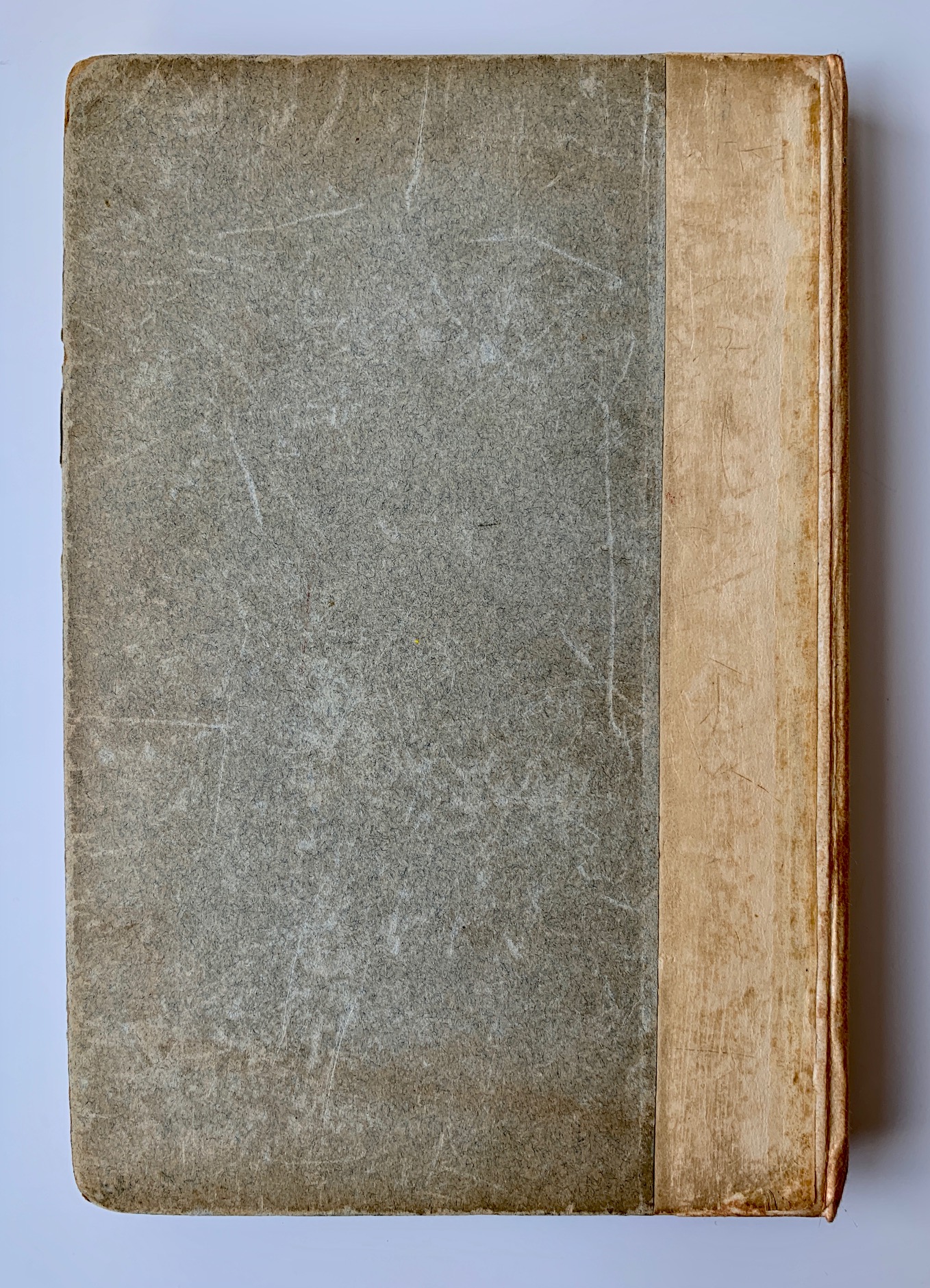 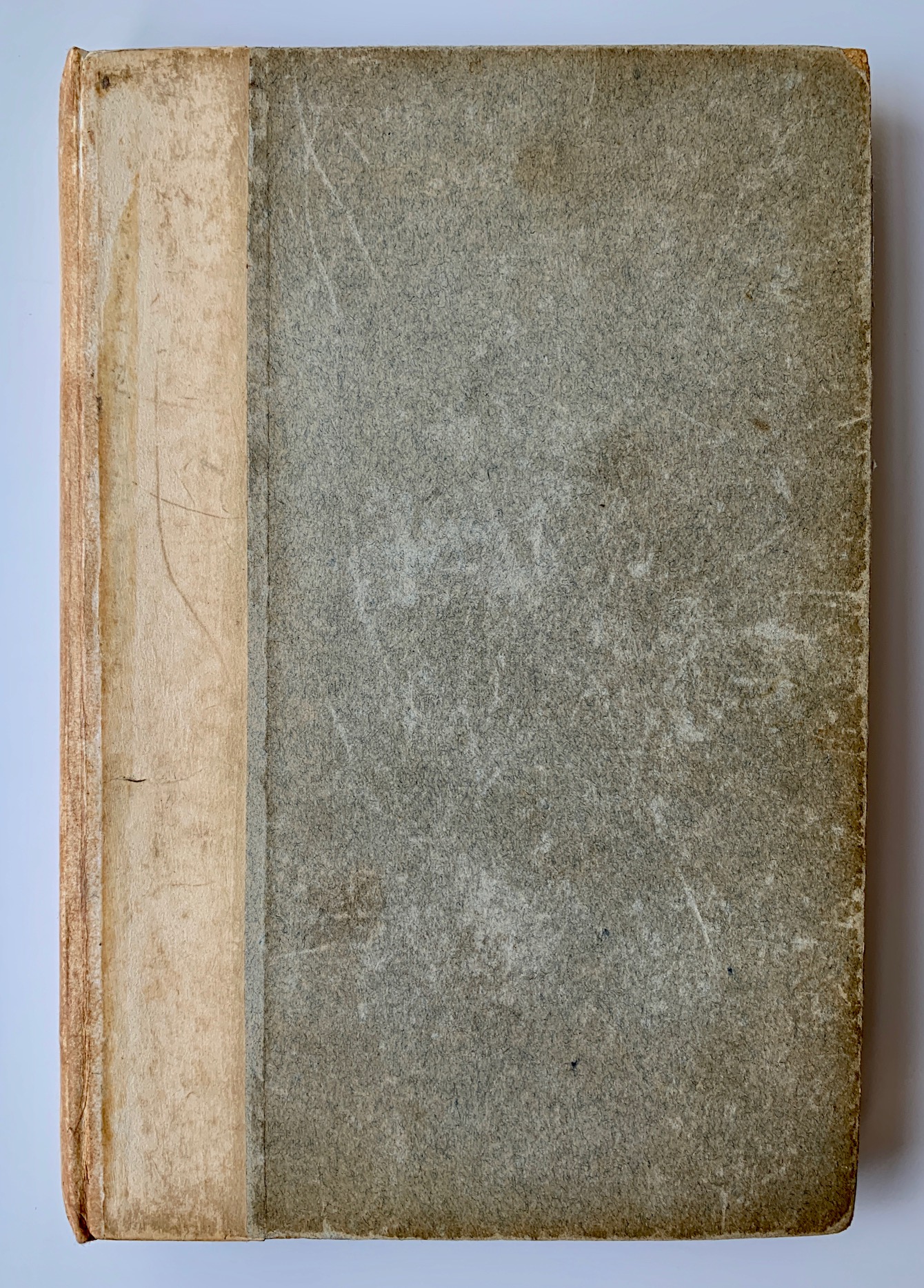 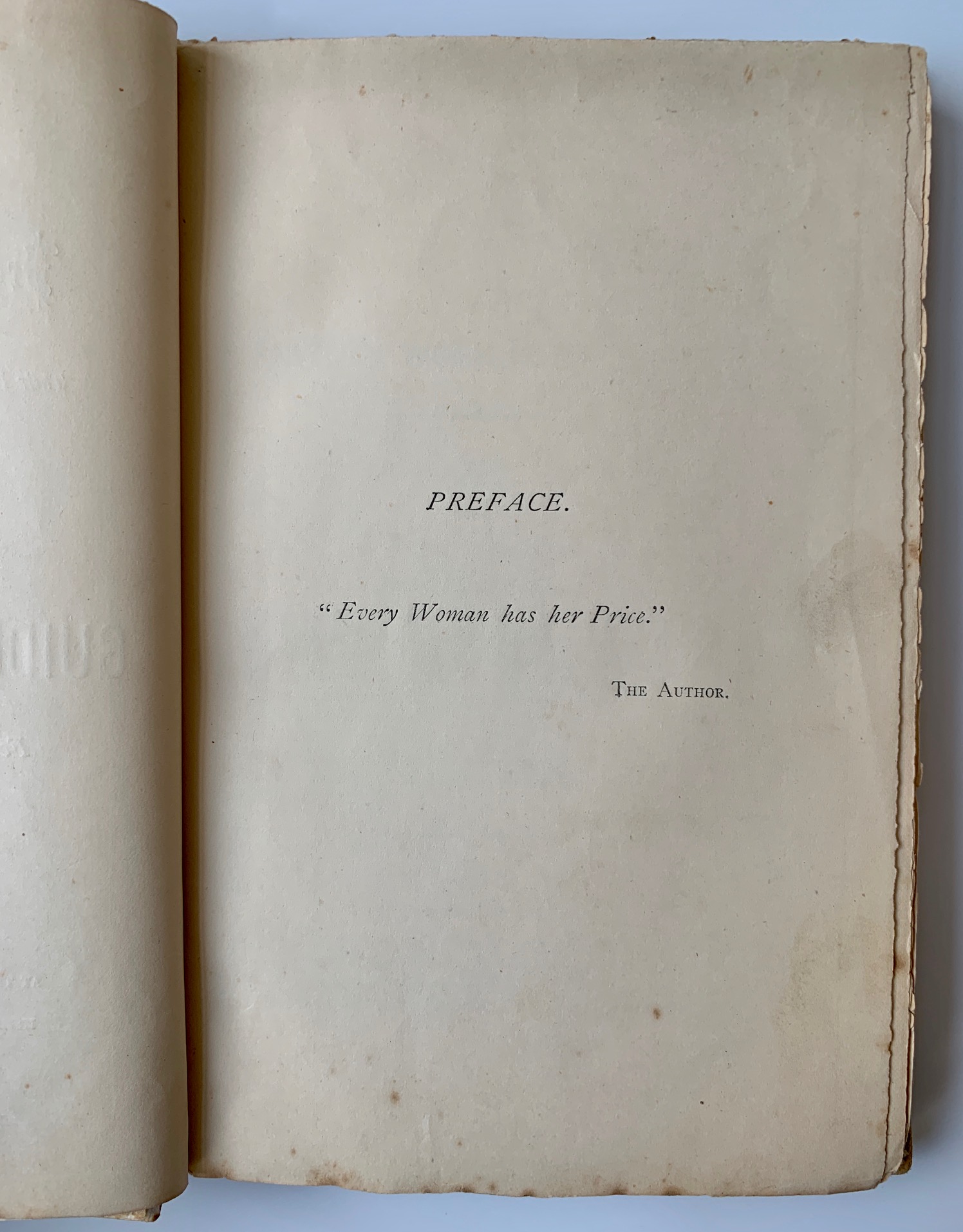 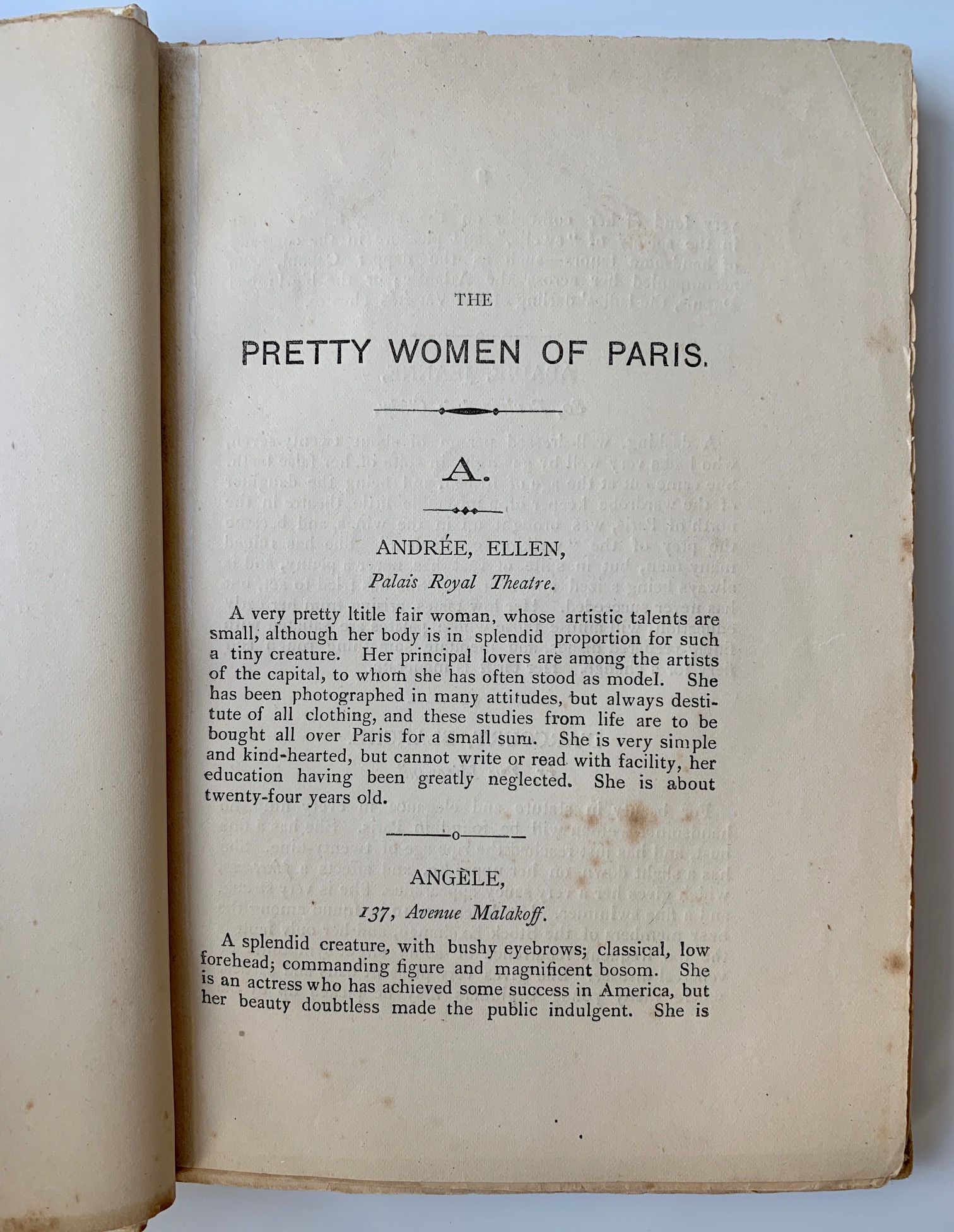 Estimate: $ 1,000 - $ 2,000
The Pretty Women of Paris: their Names and Address, Qualities and Faults, Being a Complete Directory; or Guide to Pleasure for Visitors to the Gay City.
Octavo, title, preface, 200 pps, octavo in four's, untrimmed throughout (a bit roughly opened in some places), bound in contemporary half paper over boards, white spine, blue boards (rebacked), some spotting, a few marginal tears, 197x127 mm. Limited and perhaps only edition. [London]: Privately Printed at the Prefecture de Police, by Subscription of the Members of the Principal Parisian Clubs, 1883.

More than 240 female sex workers are reviewed, biographied, and disrespected in this short but compellingly written contemporary report on the Parisian sex trade. Although the women in these pages posed for world-renown painters, read, wrote, sang, danced, and acted professionally, provided for their families, and raised children, they are treated to brutally sexist physical description and praised for their willingness to comply with the requests of their clients. Many were happily involved in same-sex relationships, did not adhere to binary gender expression, and made their identity clear to all. Pauline Duparc, for example, "Lesbian proclivities are fully developed in her lustful mind, and the insatiable Piccolo [another woman described later in the text] is the favorite partner of these sexless debauches." Marguerite Debreux, "When dressed as a boy, she looks a picture." Lea Dumont, "Her only fault is her lust for Lesbianism, which she satisfied by a close intimacy with her bewitching neighbor; the two charmers sleeping together almost every night."[London]: Privately Printed at the Prefecture de Police, by Subscription of the Members of the Principal Parisian Clubs, 1883.