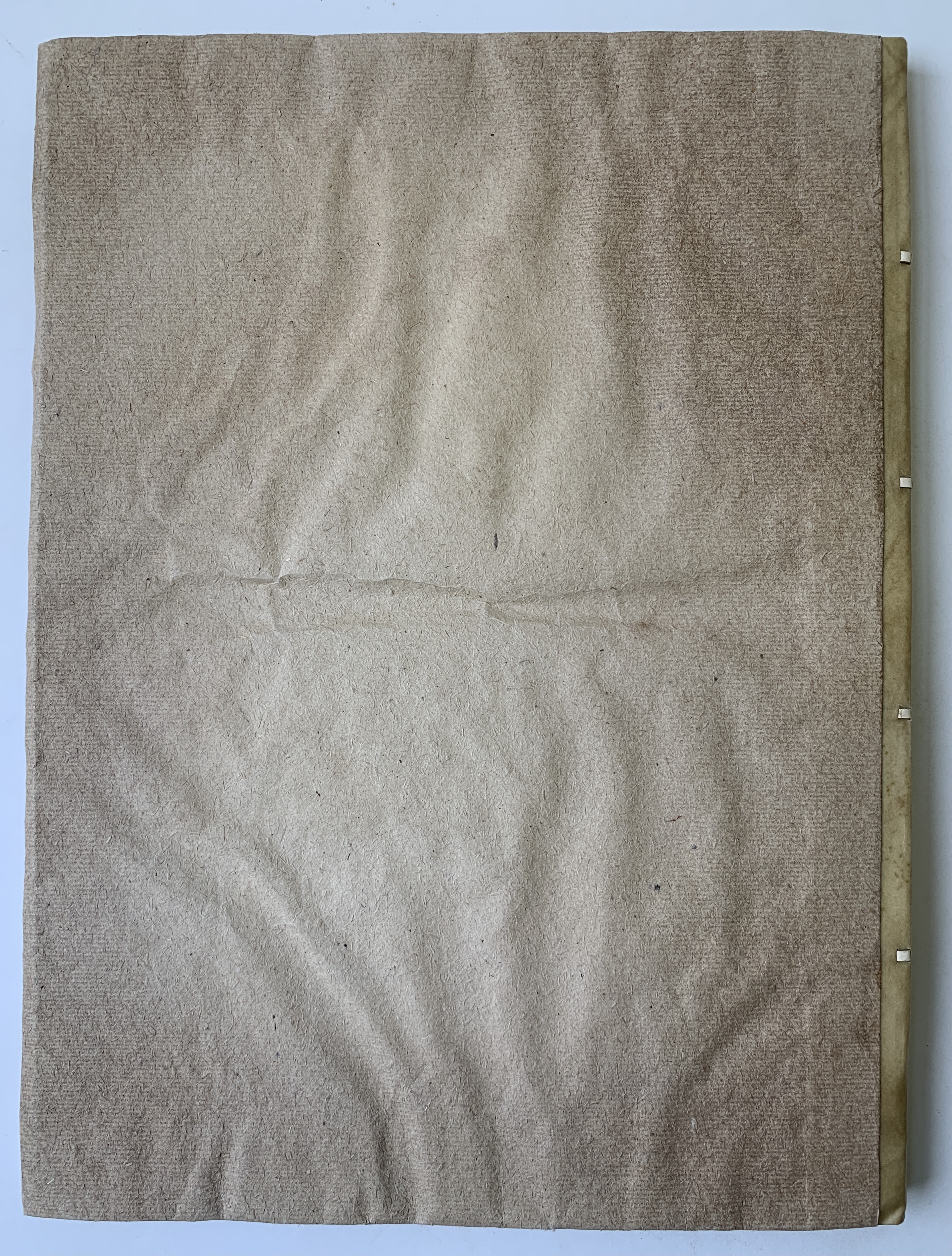 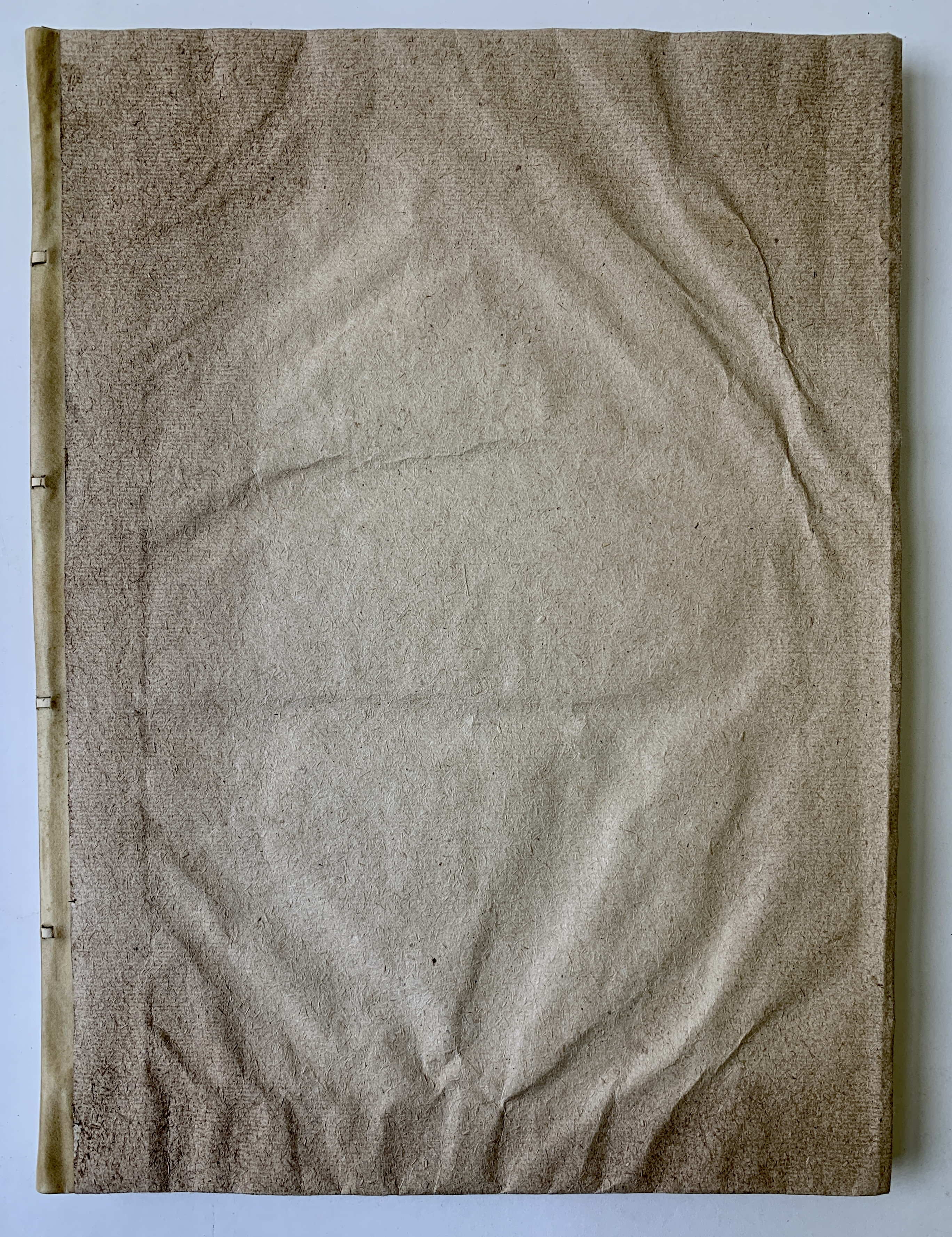 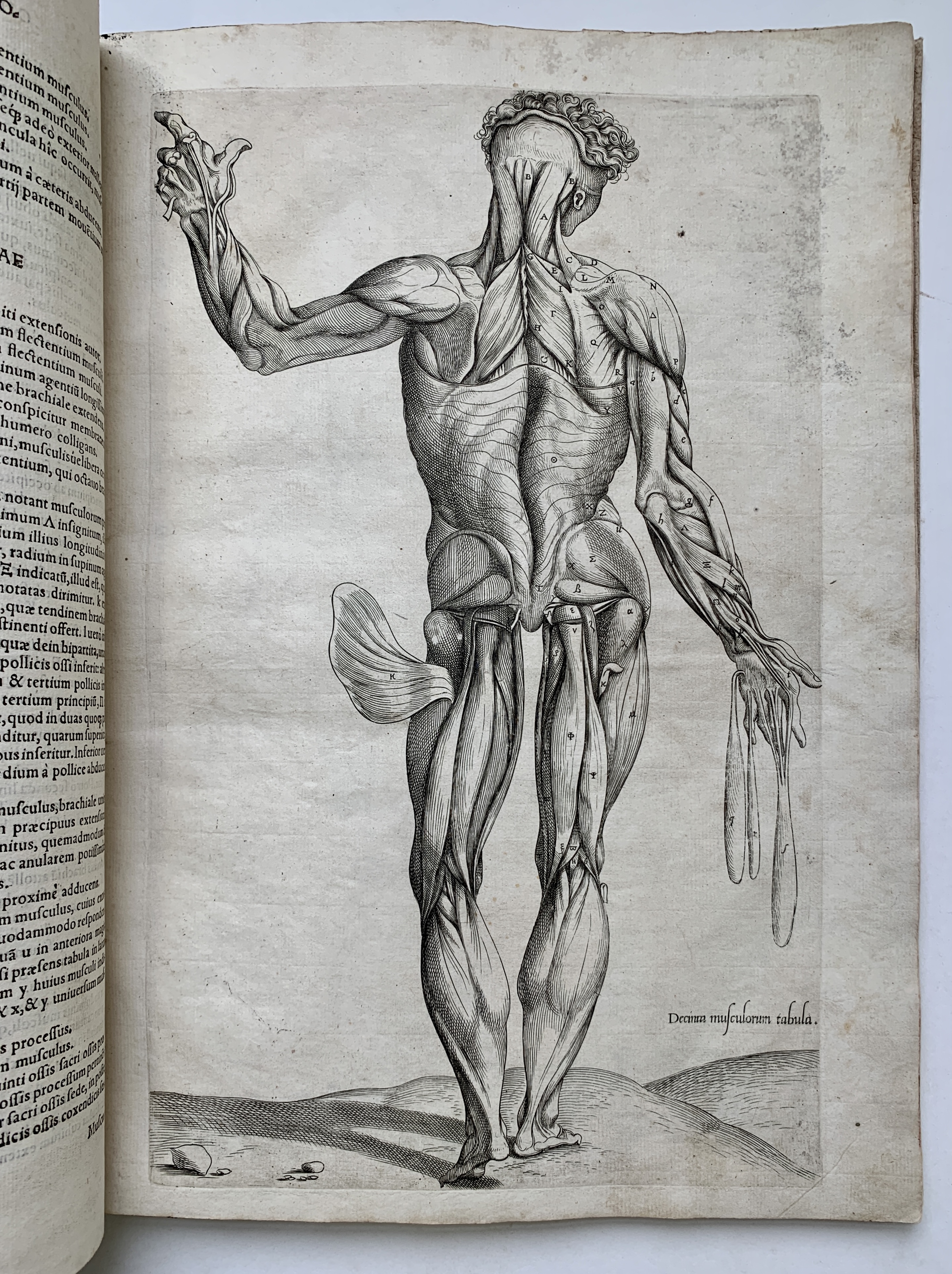 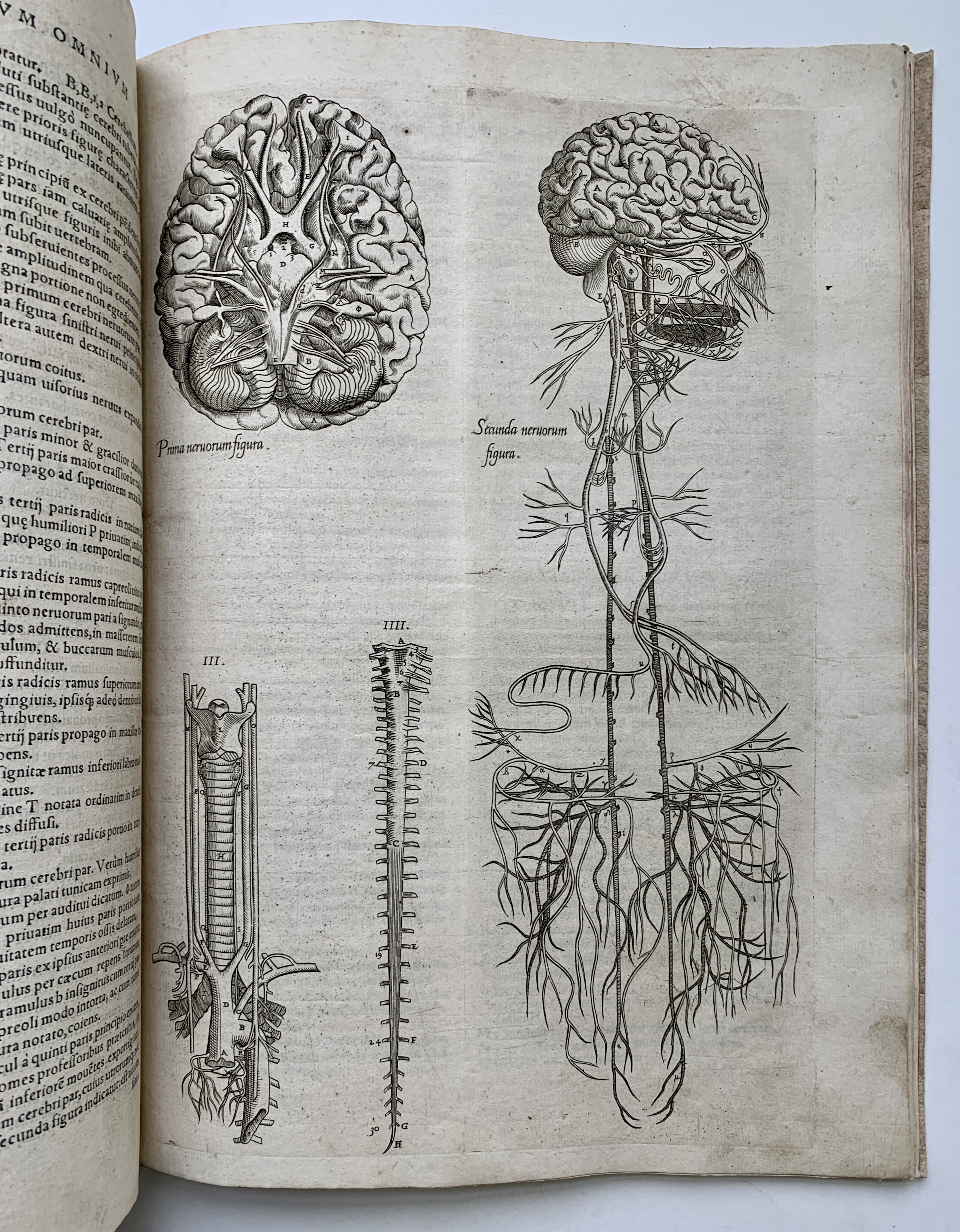 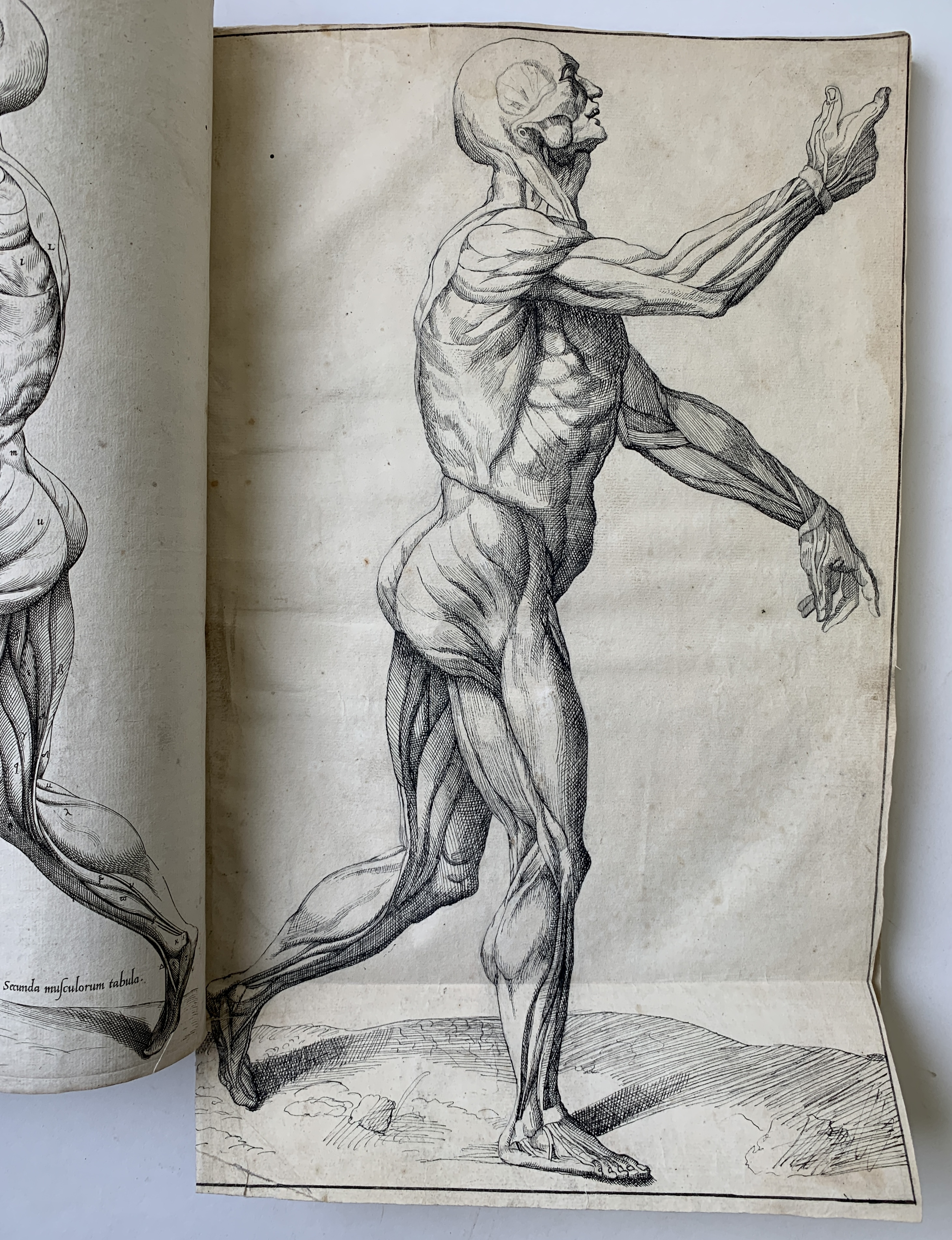 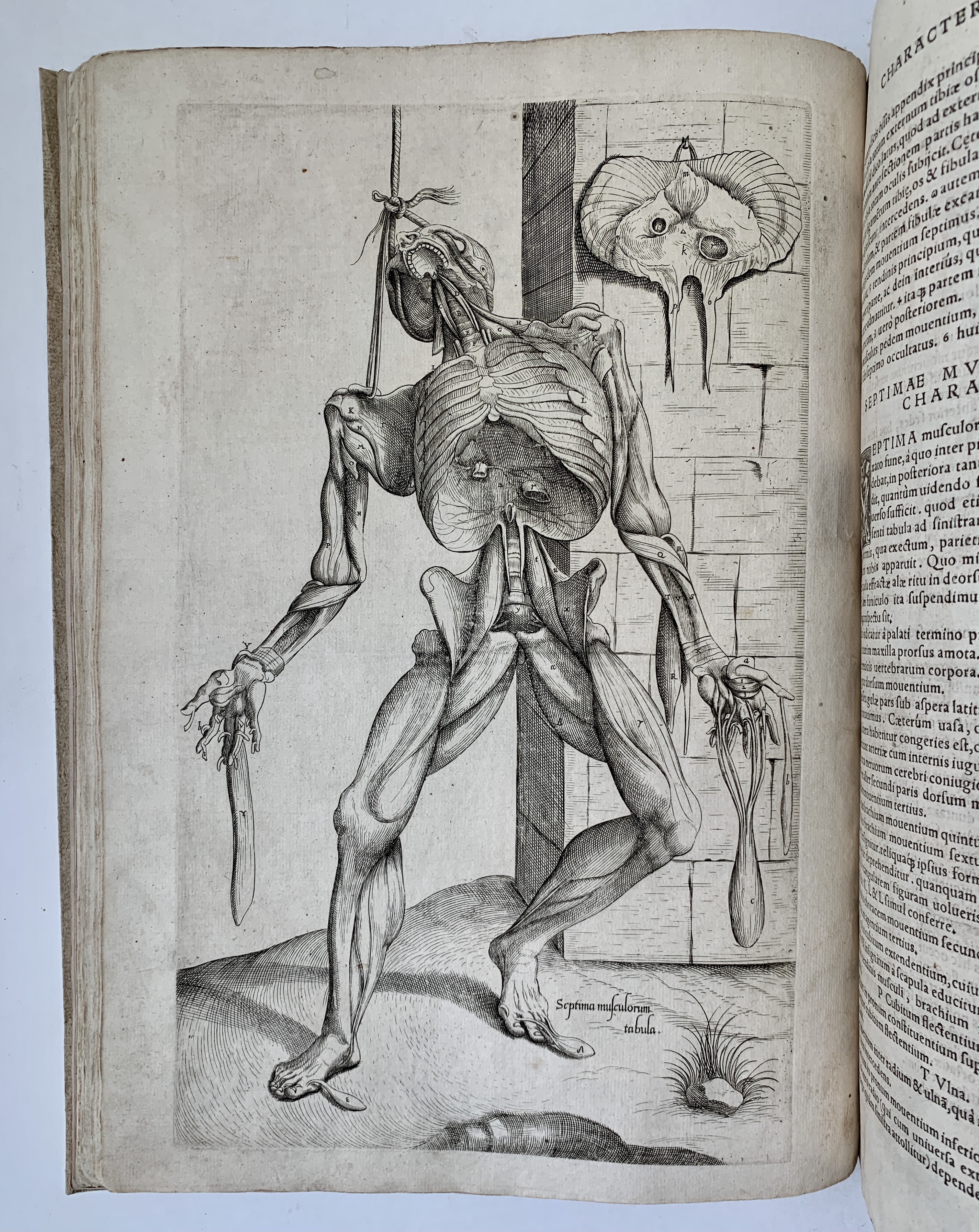 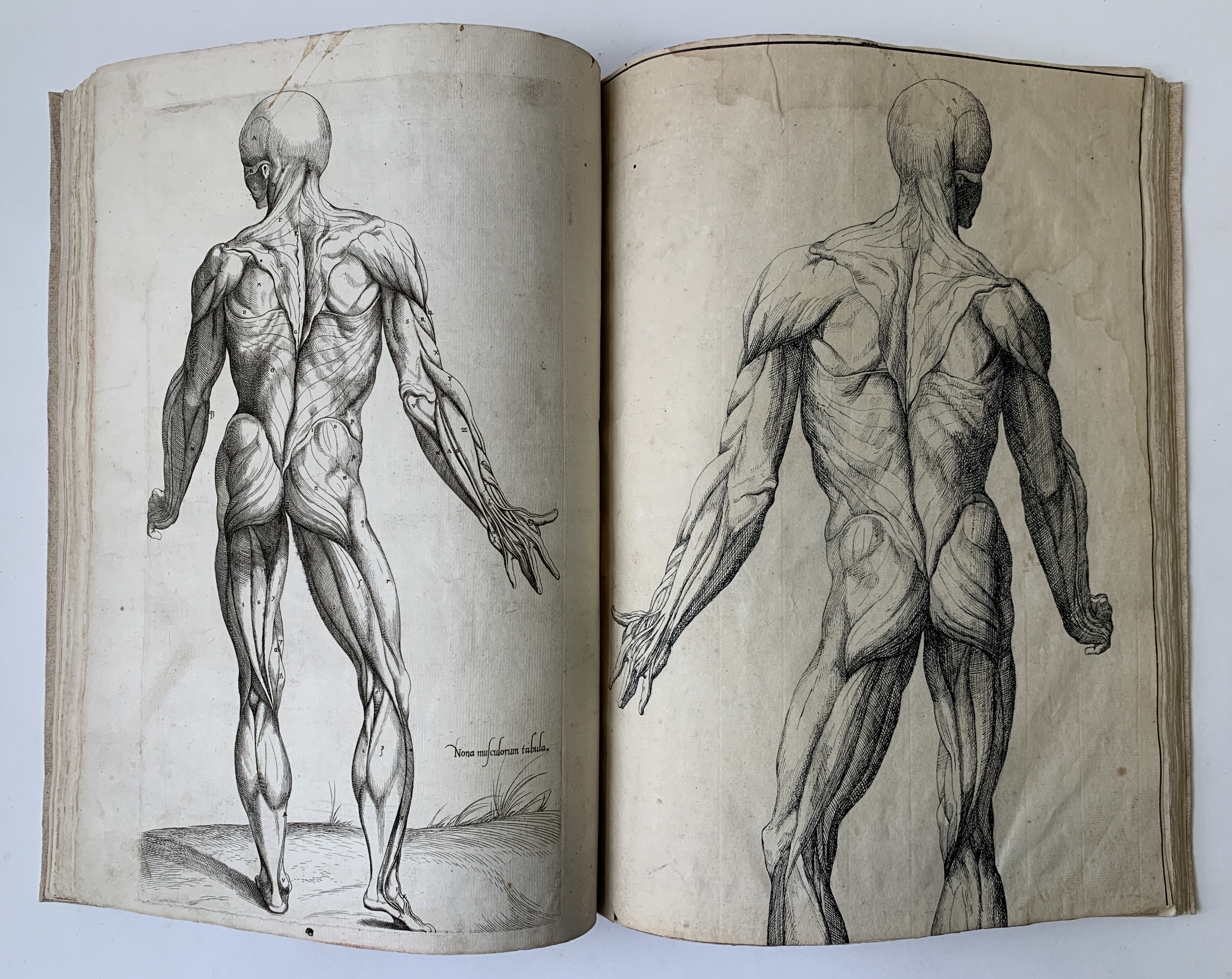 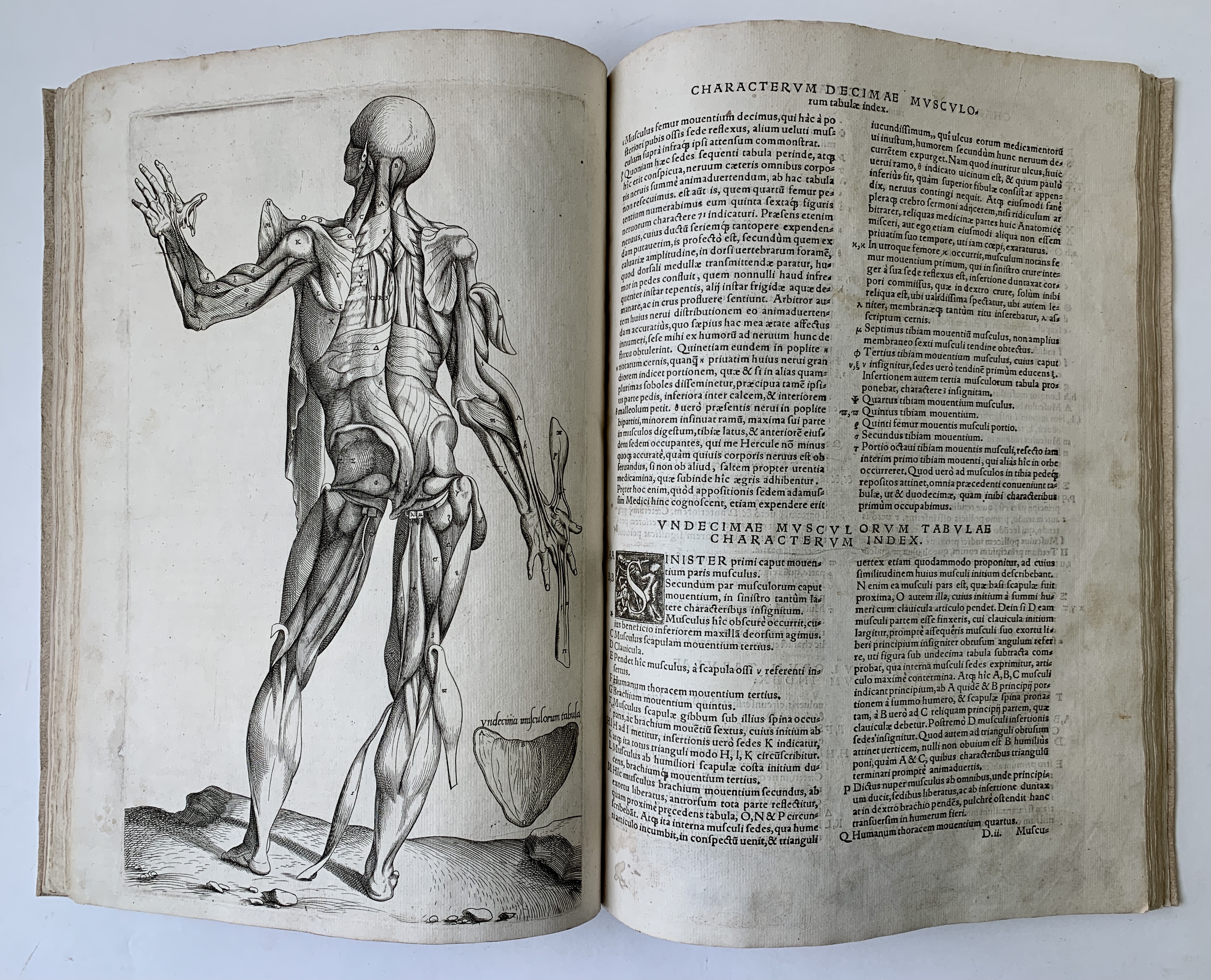 First edition, folio, lacking five leaves: including the title page; dedication leaf [fleuron1]; first leaf of text [A1]; text leaves G4 & G5 (supplied in facsimile); and two plates (also supplied in photocopy facsimile): the folding engraving of Adam & Eve; and the plate showing female organs; thirty-eight (of forty) engraved plates are present in this copy, viz., three skeletal; sixteen muscular; five vascular; four neurological; five depicting organs; four of the brain; and one final plate which illustrates the anatomy of the eye, surgical tools, and a pig dissected; enhanced with the addition of three original pen-and-ink drawings on laid paper, drawn larger than the engravings, replicating plates 1, 2, and 9 portraying the muscular system, the first two folding, the last trimmed at calf level with loss of the drawing below; bound in modern half limp parchment with paper covers, sympathetically made, generally crisp with large margins, some underlining in text, one longer marginal note on a vascular plate; some spotting, closed tears, 14 1/4 x 10 1/2 in.

Geminus was inspired by Vesalius's landmark anatomical illustrations, and although he gives prominent credit, his renditions were published without authorization. Nonetheless, the absolute mastery of his work, its stature as the first English medical book with a suite of full-paged engravings, and only the second book printed in England to contain engravings of any kind, set it apart on several levels. One may surmise that the missing plates seemed too explicit for some set of tastes between 1545 and 2021. As a summary of Vesalius, an abridged version with full illustrations, it brought valuable and practical information to British physicians and surgeons without the heft.

Provenance: from the Stephen White Collection.