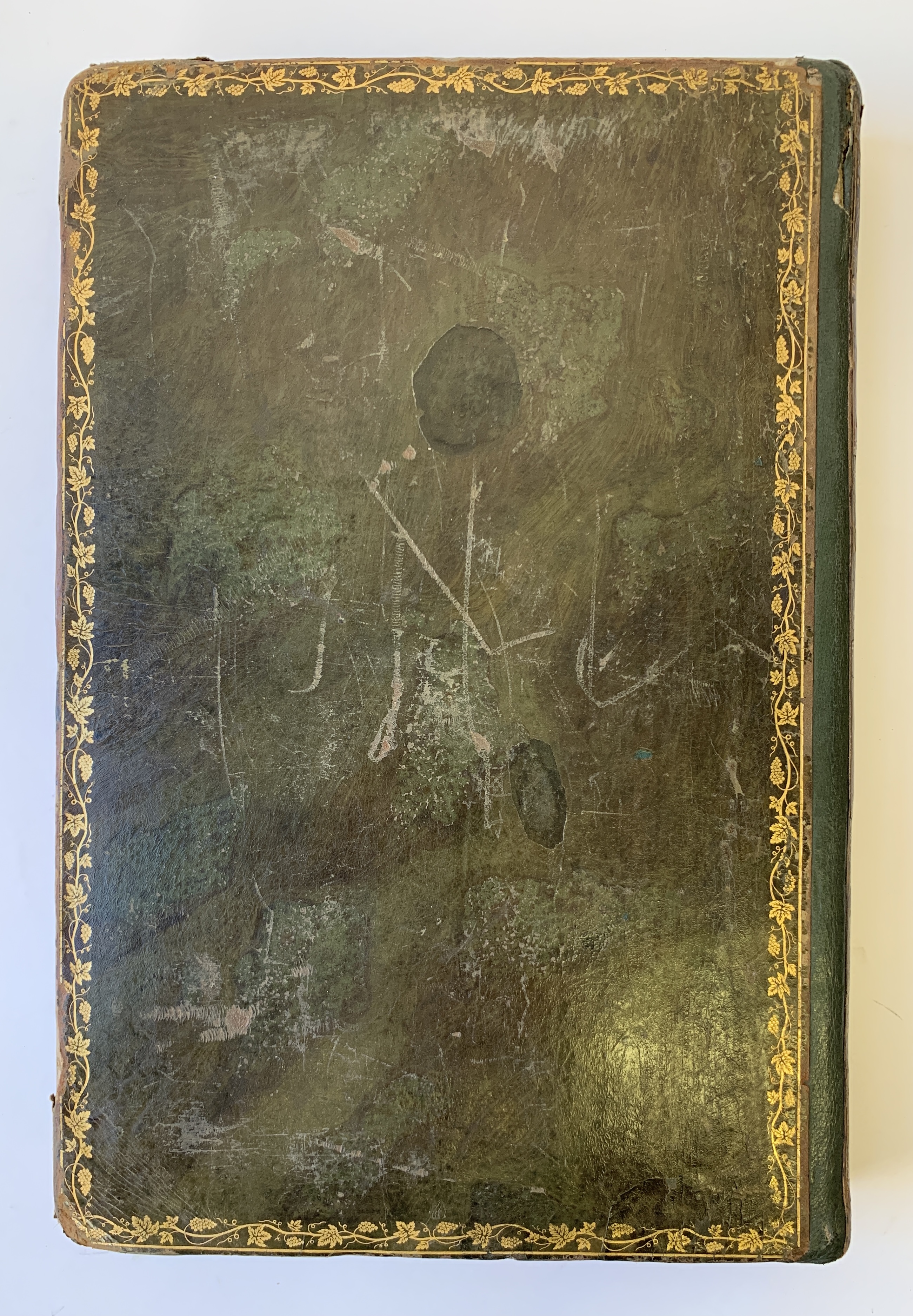 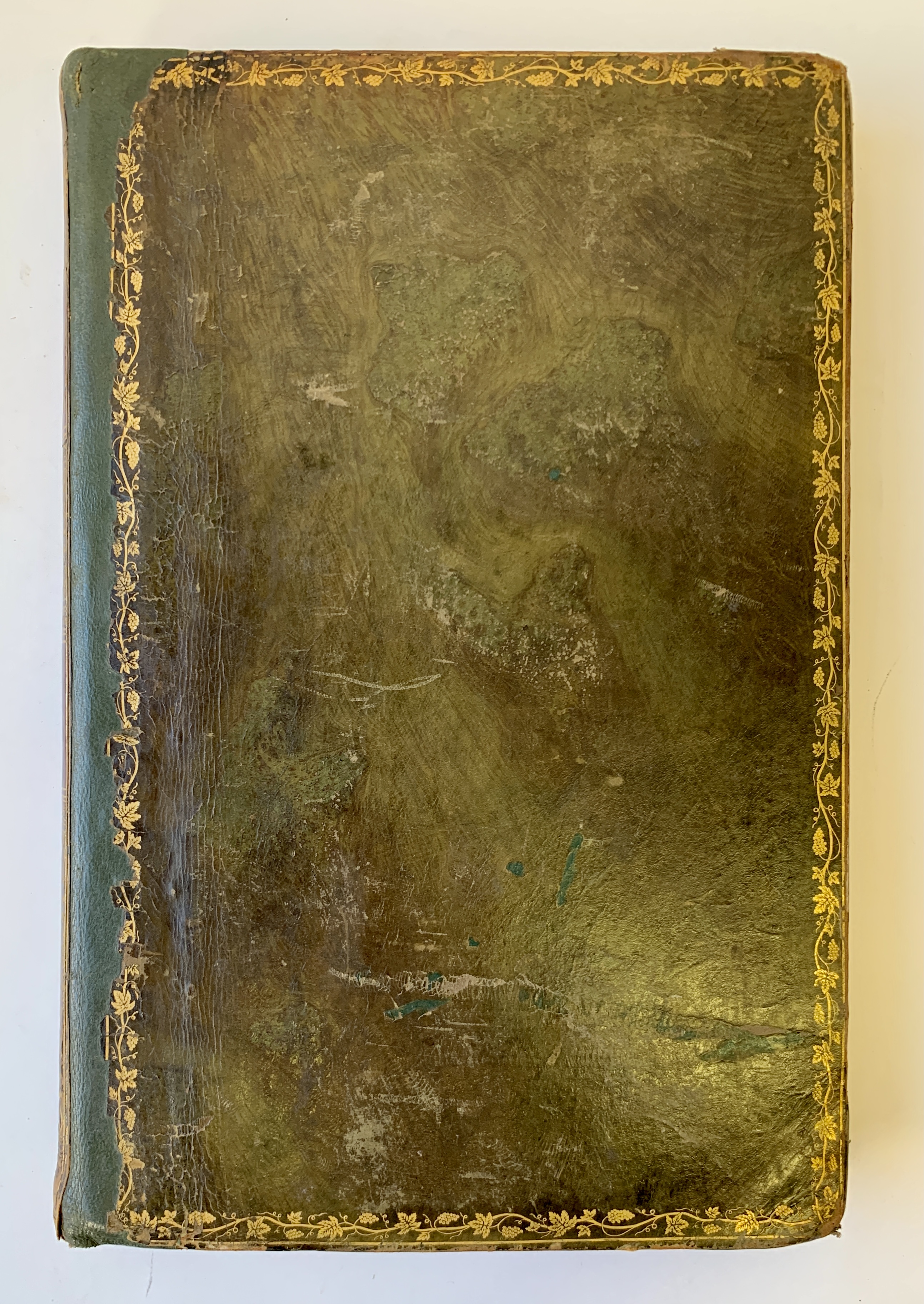 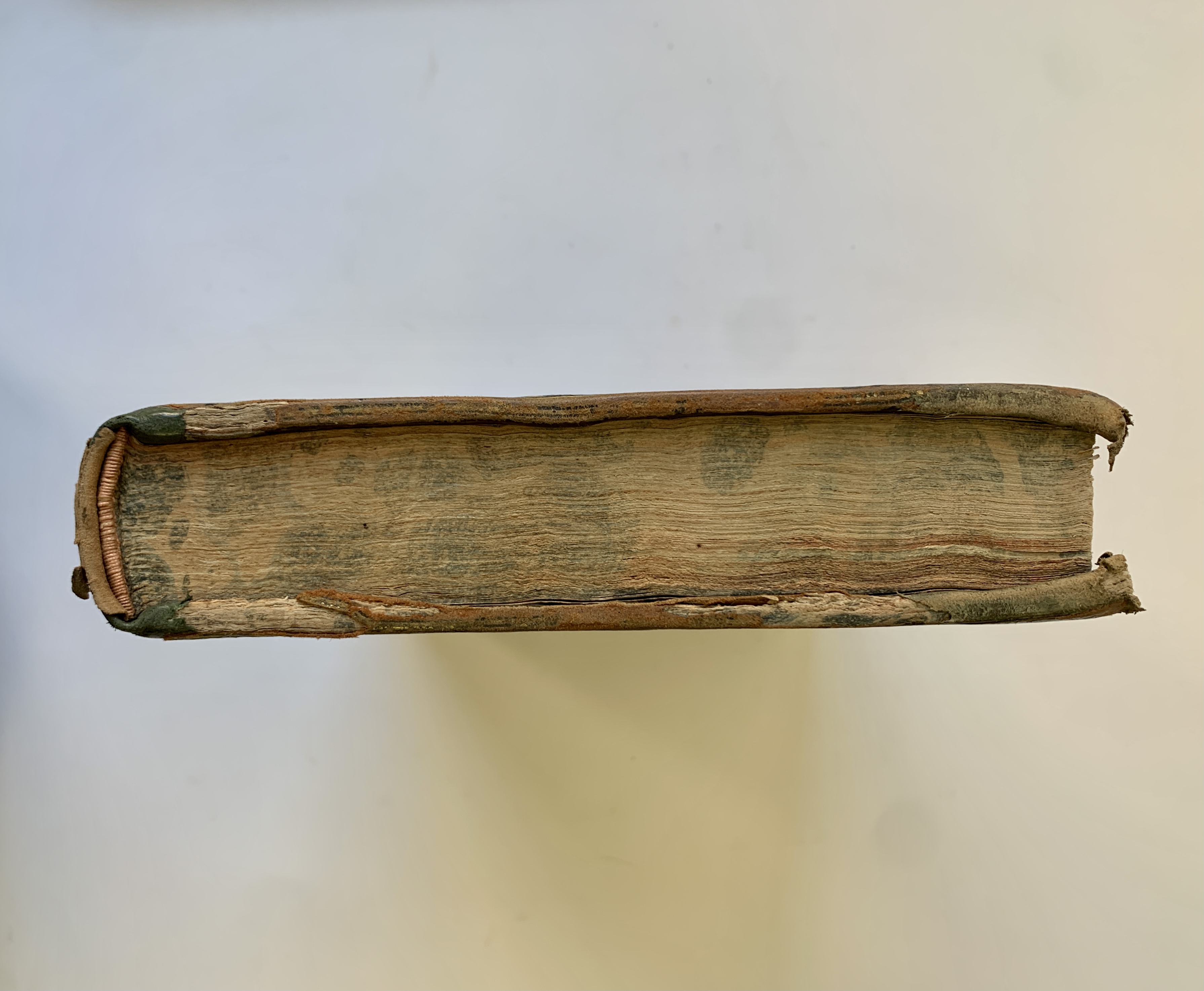 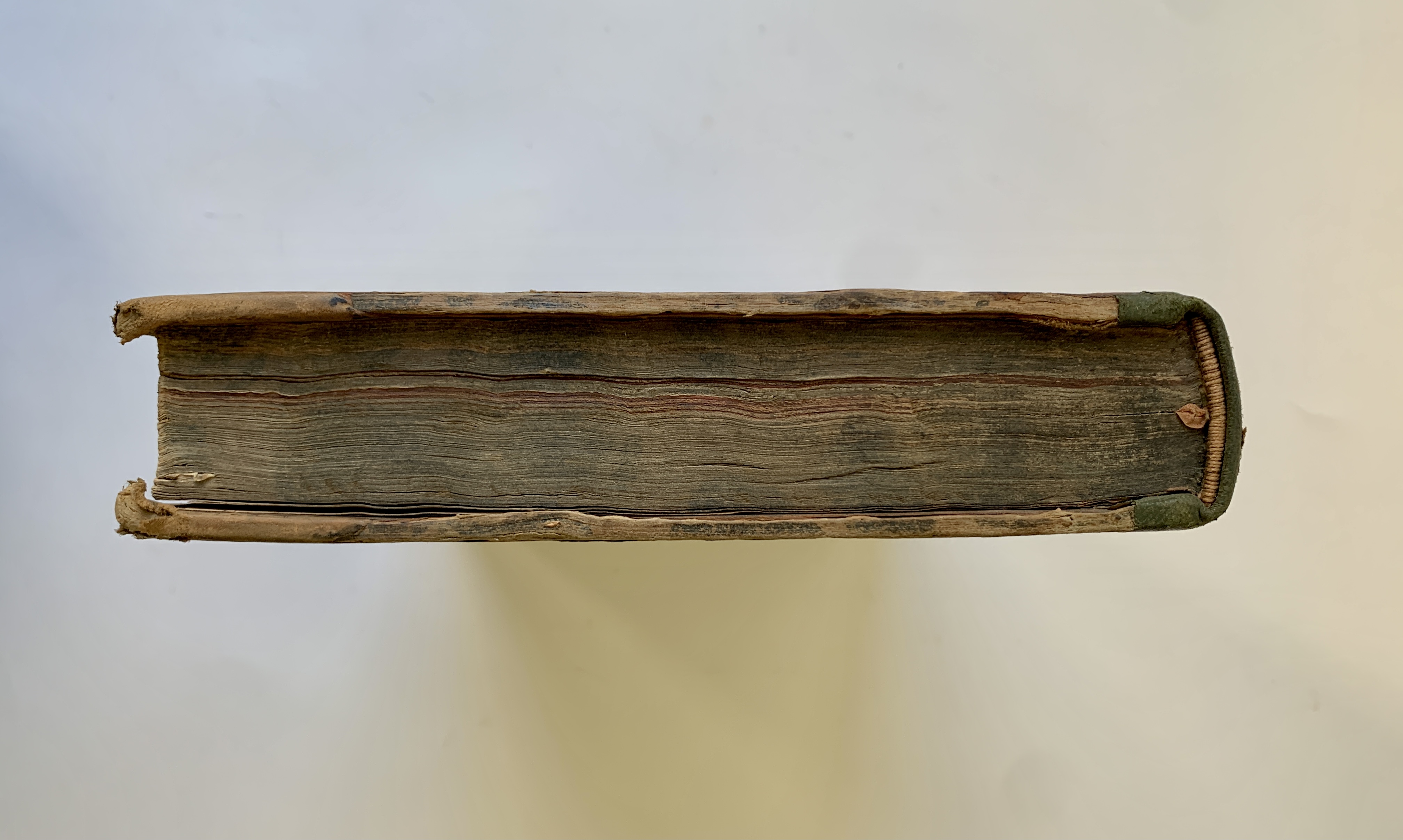 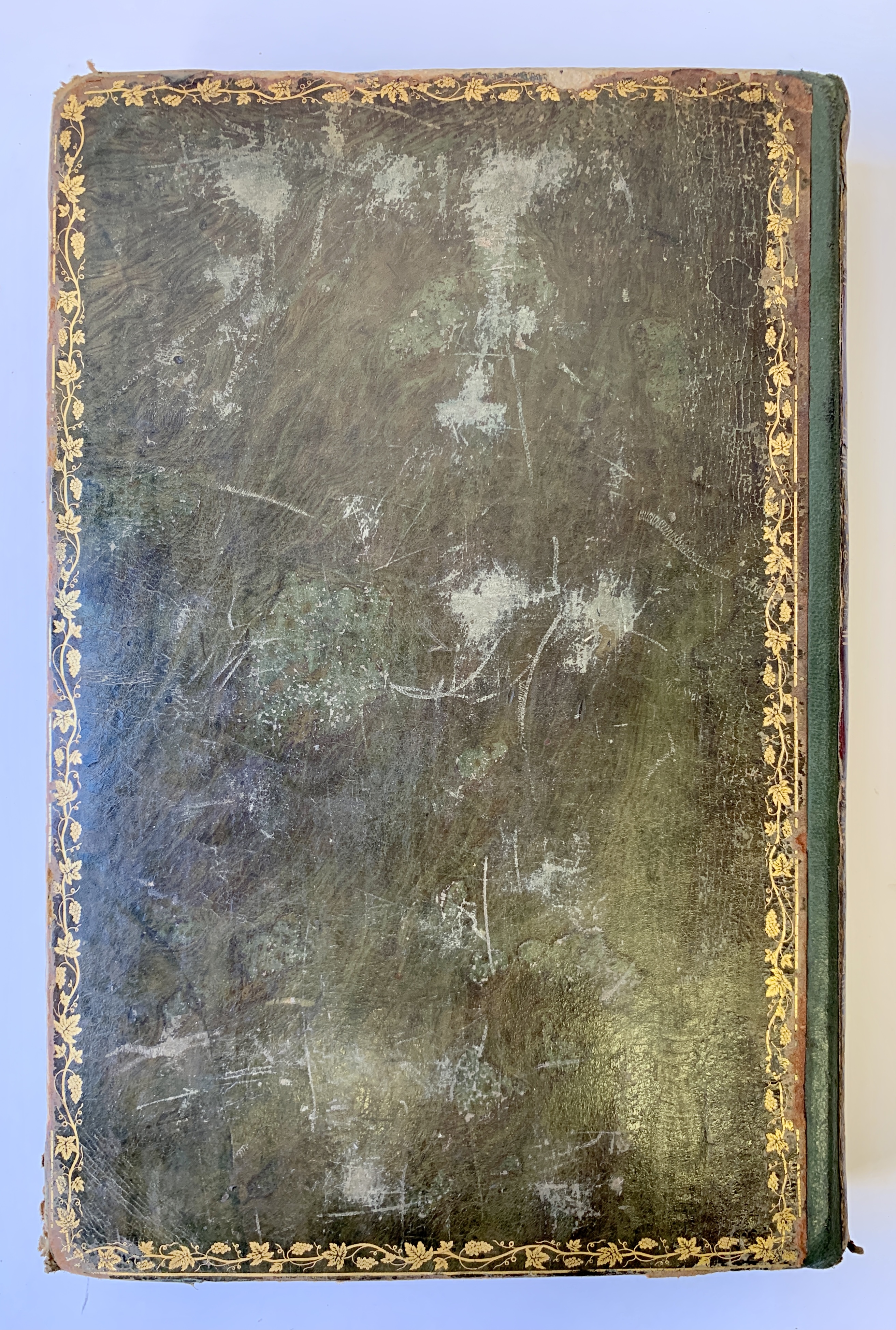 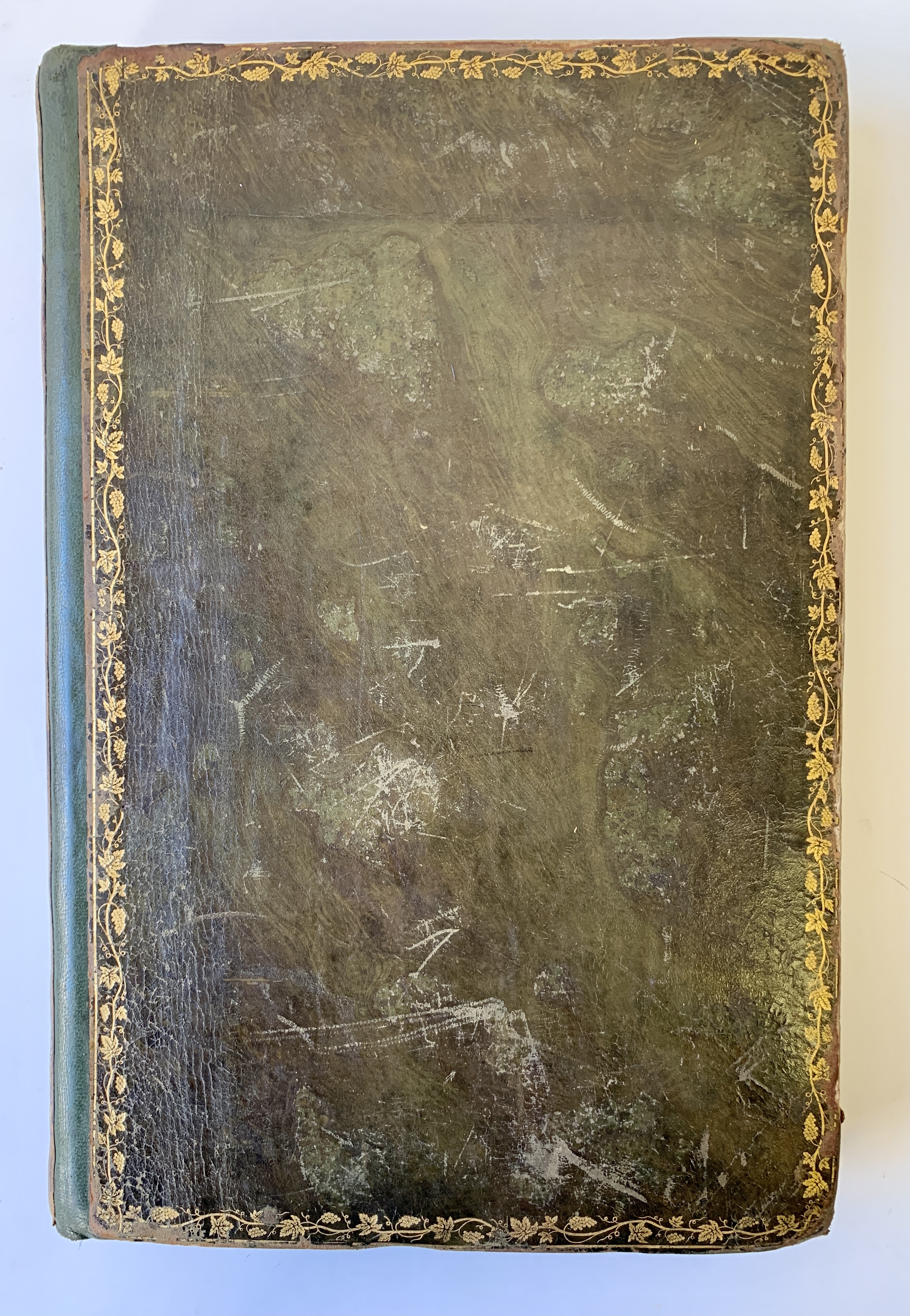 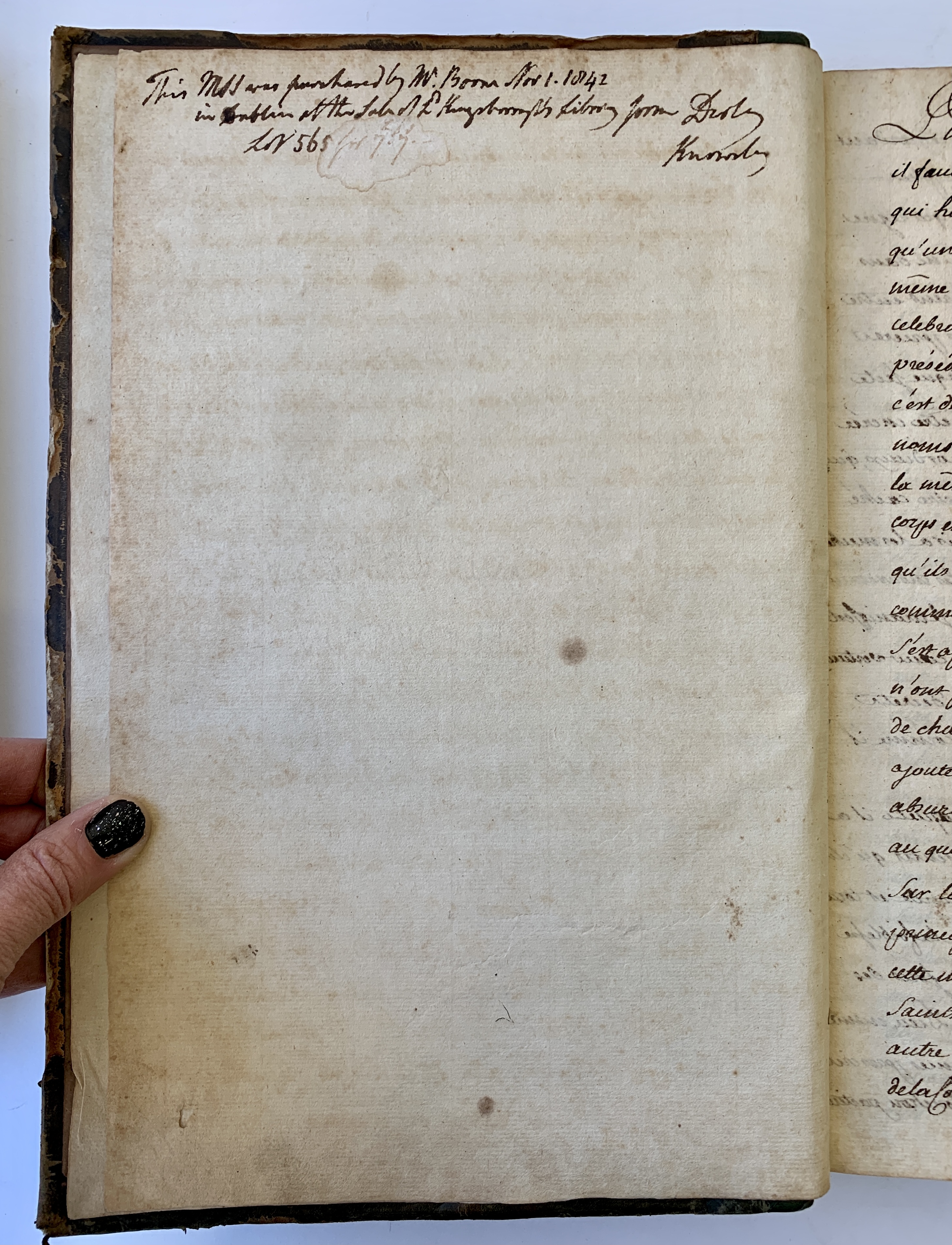 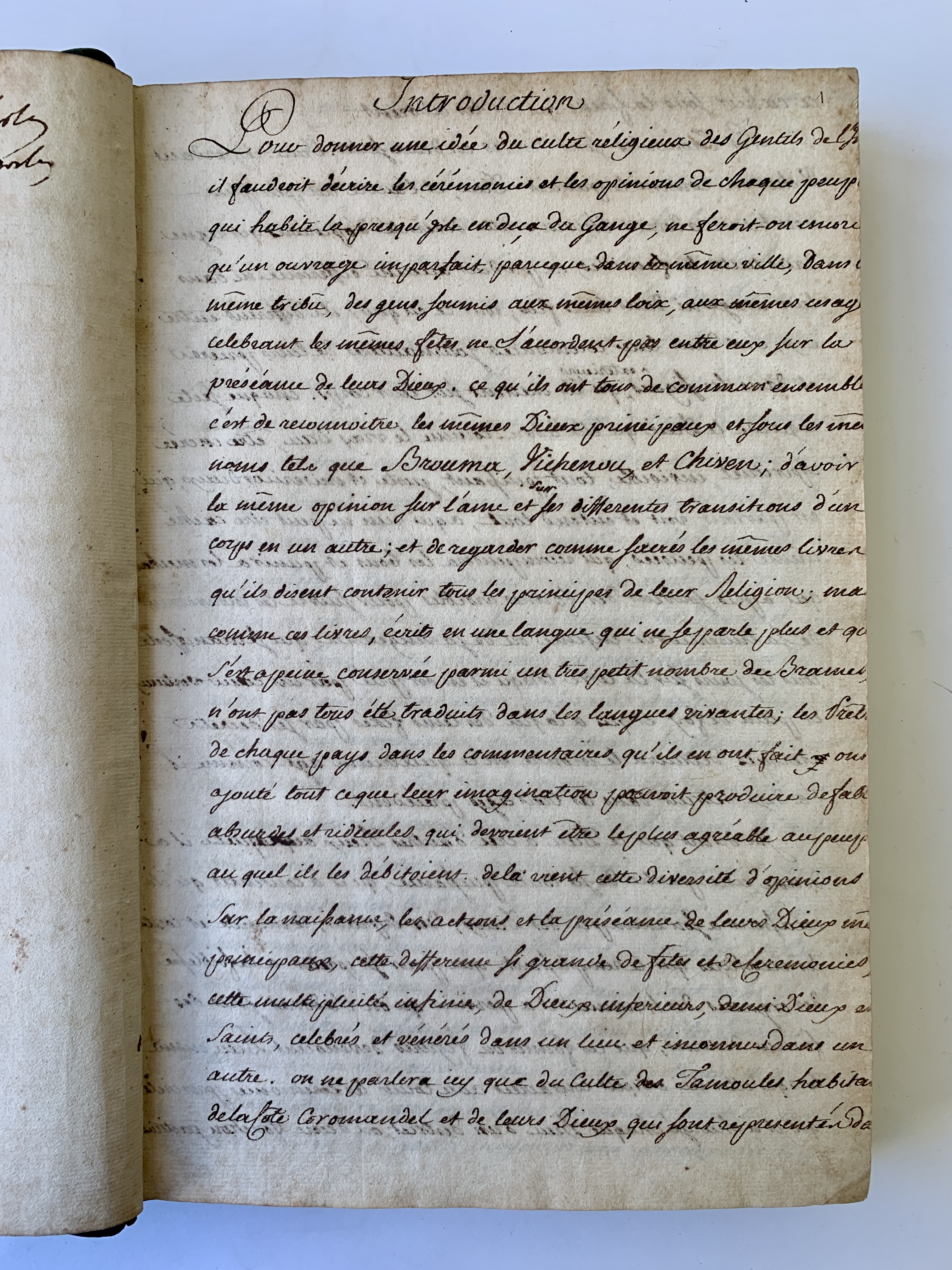 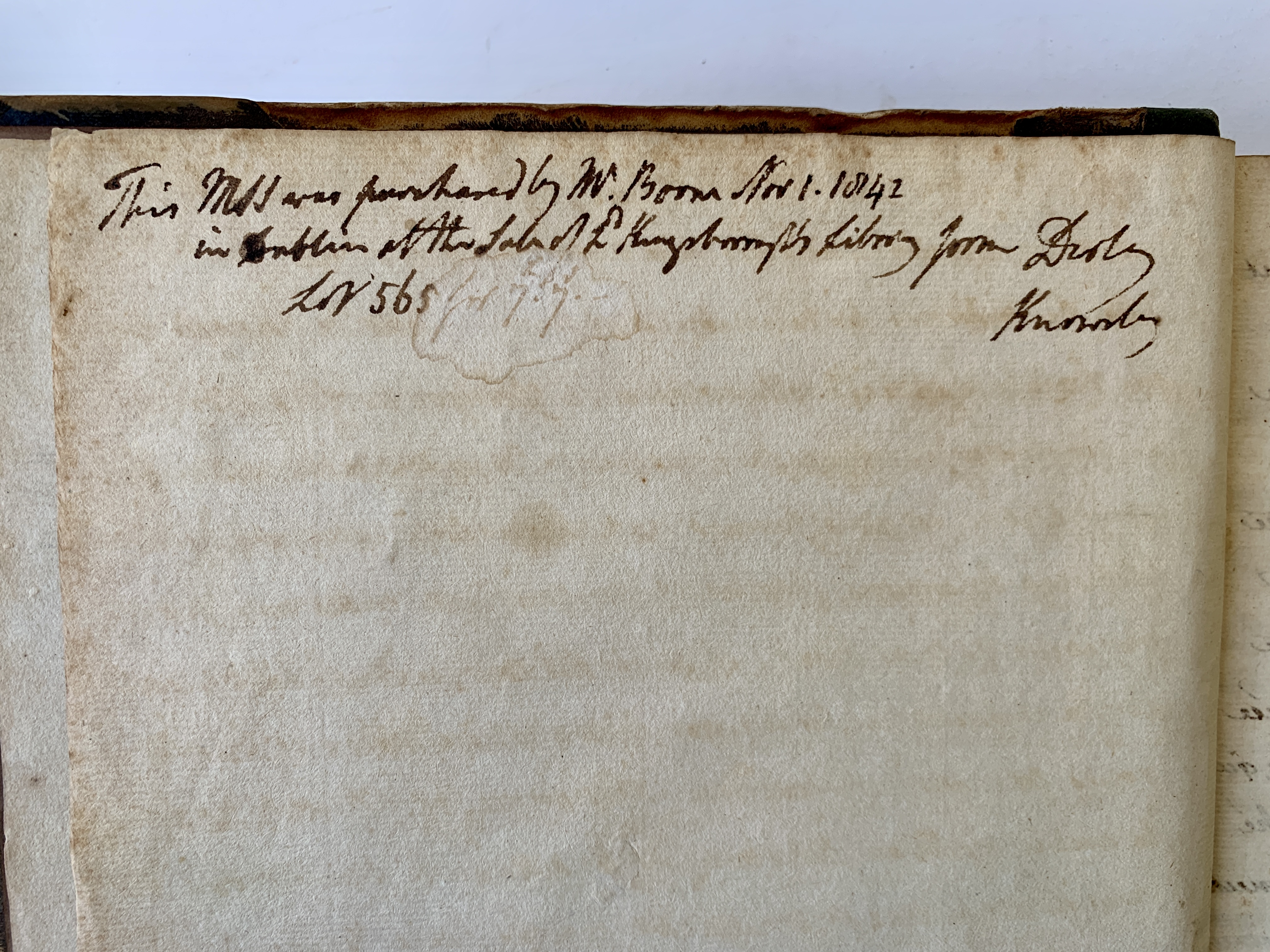 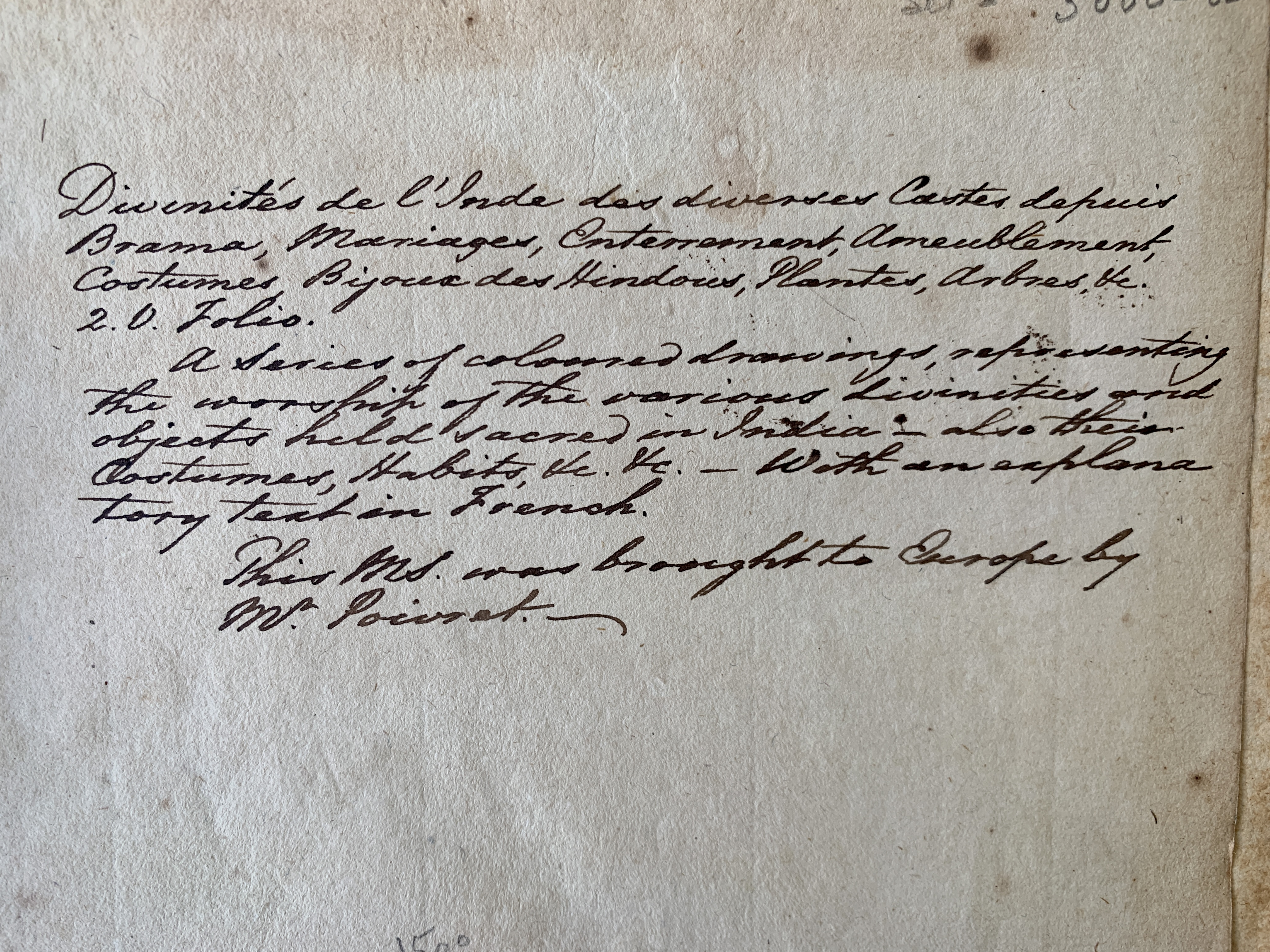 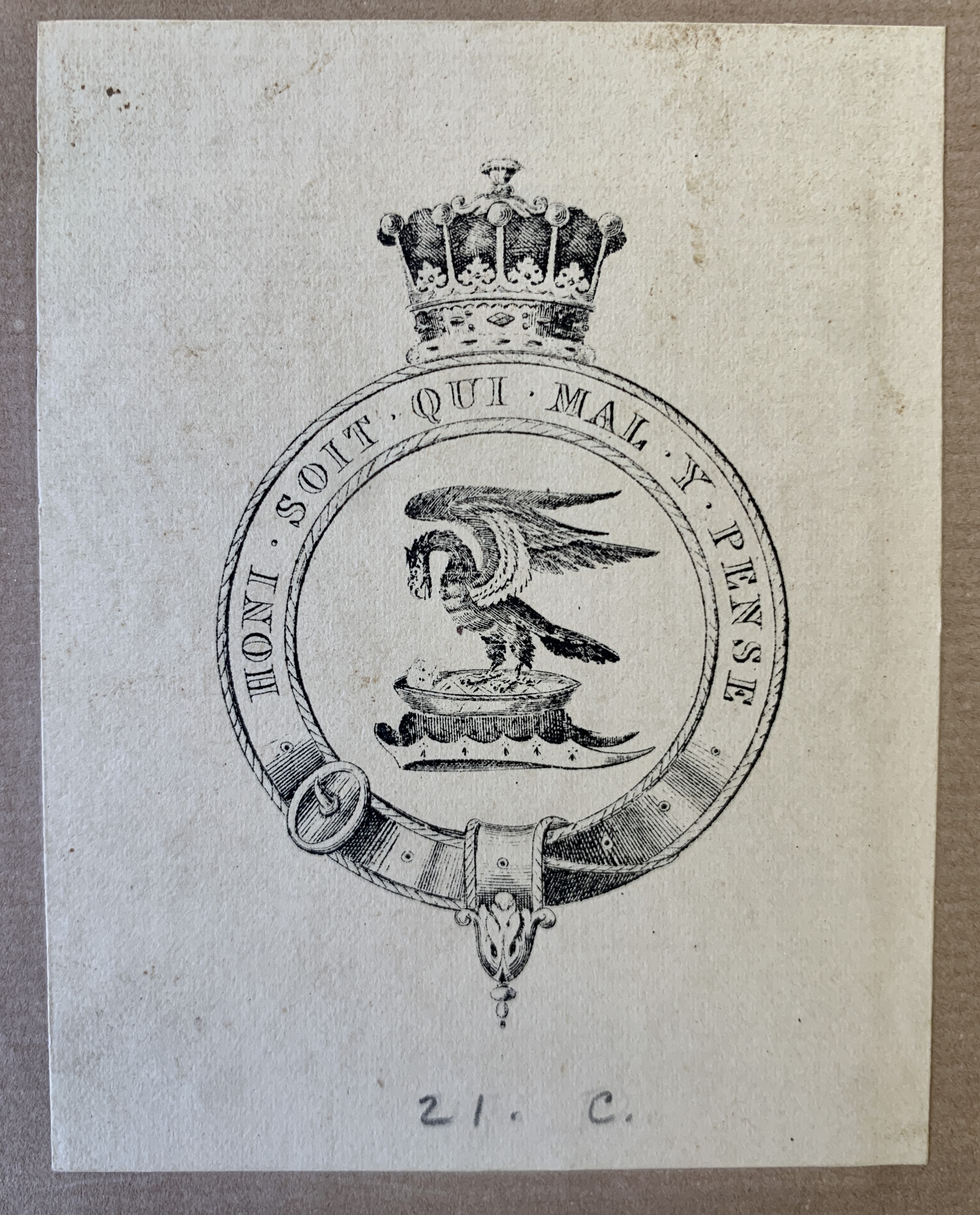 Two folio volumes, volume one beginning with a five-leaf manuscript text introduction in French in an italic hand; contents throughout on a consistent stock of French laid paper with a watermark dated 1769 (used for illustrations and text), introduction followed by alternating sections of explanatory text (of varying lengths or blank leaves) and hand-painted miniatures of Hindu gods, consisting of 112 full-page illustrations interspersed with text up to 235 leaves including the miniatures (i.e. 112 illustrations and 123 leaves of text); page count continues in volume two, which contains only illustrations, including 115 hand-painted miniatures of Indians of various backgrounds and jobs going about their daily lives (the majority of which depict different trades), followed by eighty-two botanical illustrations; early manuscript note in first volume records that the set was purchased by William Boom at the auction of Viscount Kingsborough's library in Dublin on November 1, 1842, and was reportedly brought to Europe from India by someone named Poivret at an unspecified date; the two volumes bound in matching full olive marbled calf decorated in gilt and neatly rebacked, 12 x 7 1/2 in. (2)

Volume one, dedicated to deities and the stories of their extraordinary adventures, contains a fascinating and rich trove of imagery that characterize the legends of the Hindu tradition. The second volume, because it is dedicated to the people of the region, contains wonderful details of the period. Women's jewelry is depicted, along with a scene where a woman is receiving a henna tattoo, and another where a merchant in the marketplace is fitting a woman with bracelets. Other industries depicted include stone masonry and carving, the fabrication of metal bowls, bricks, the spinning of fiber, weaving, dying, and block printing of fabric, and many others. In the section of botanical images, plants are shown with fruit and flower, including cross sections of the fruit. Here are depicted bananas, pomegranates, lotus, papaya, ginger, bitter melon, durian, dates, citrus, and many others. The traditional wedding ceremony is depicted in multiple images, along with the ritual of the funeral pyre, an exorcism, food preparation, offerings to the gods, and the performances of wrestlers, dancers, musicians, the work of scribes, tailors, and much more.